Jesse Draxler, the acclaimed visual artist has created a collection of artwork paired with audio, titled Reigning Cement (Summer, Federal Prisoner). An early preview of the collection arrives with the release of Dylan Walker‘s (Full of Hell) “Time reign cemenT,” with an accompanying video filmed and directed by Draxler, and edited by Rizz of the band Vowws, who also contribute a track on Reigning Cement.

“When Jesse approached me to contribute to this project, I was really thrilled,” said Full of Hell’s Dylan Walker. “I’m a big fan of his art and I’ve always wanted to get more involved with providing sound for physical art. Usually in my world, you’d usually see the album art acting as more of a support role to the music itself. I think it’s really cool to see that flipped, to see our sounds and noise serve as a support role to his art. Working with his field recordings was a joy and I felt right at home with the jackhammers and crashing stone and cement. I haven’t known Jesse for long, but I suspect we share many of the same guiding principles in our work and I’m honored that he brought me on board.”

Watch the video below.

“Reigning Cement is an A/V project I have been concepting for some time now,” explains Draxler of the piece that will include a 100-page printed ‘zine featuring his images as well as the vinyl companion (a digital release will also be offered). “The initial idea came from an exercise I had participated in years ago in which the exact same packet of visual assets were sent to multiple collage artists. Each artist was allowed to do whatever they pleased with the materials and once completed the finished artworks were compiled and published in a volume. The idea for Reigning Cement is essentially the same, only instead of visual collages, I approached each of the participating artists with the idea that they create sound collages/songs using only 34 sonic assets I supplied, with one exception: that they may add vocals if they wanted.” The result is 20+ musicians’ interpretations, ranging from blistering noisescapes to experimental pop songs.

Participating artists include and artwork: 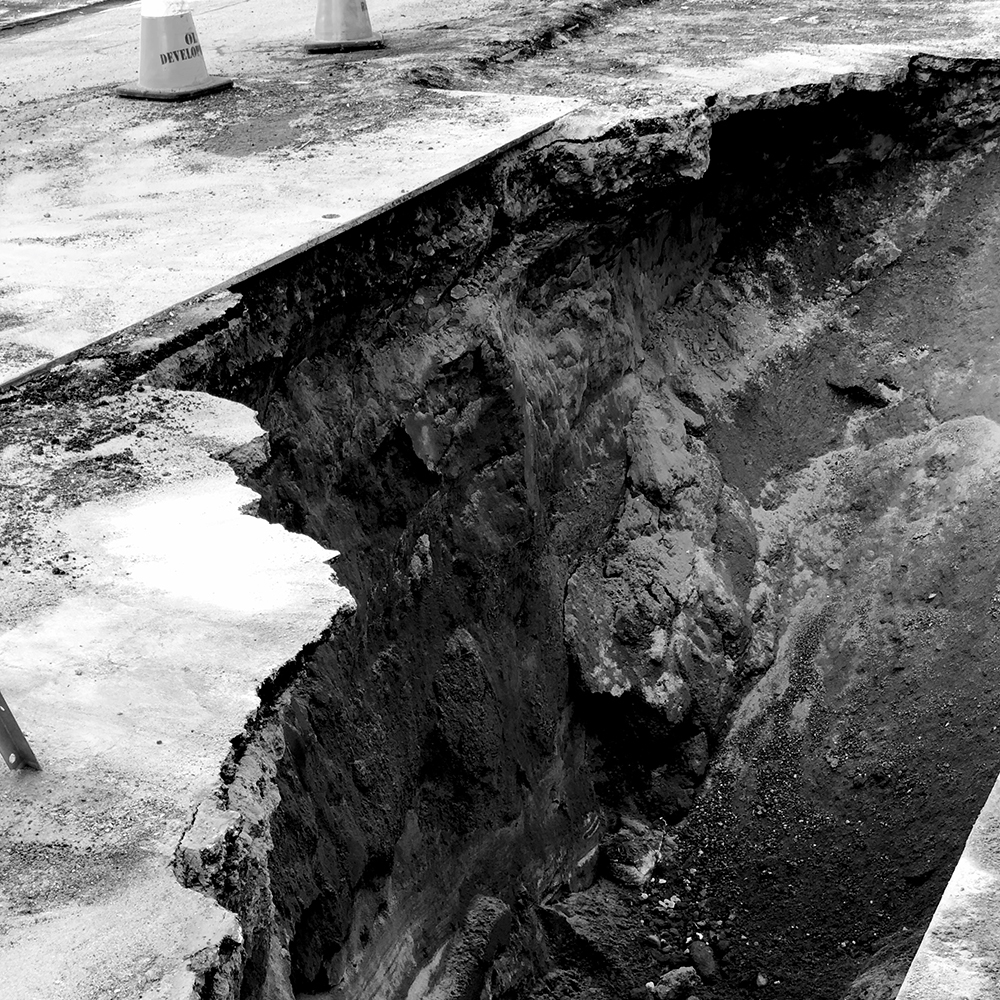