Given the current climate, with the US in the tiny grasp of a guinea pig-headed narcissist and the UK suffering under a Thatcherist resurgence, it’s the perfect time for grind to get on the road and flex its vocal cords once more. Opening a night of underground legends, grindcore superstars Lock Up are a ferocious, technically-gifted prospect that hit like Tyson. Nick Barker and Shane Embury, in his first of three performances this evening, are a tight and guttural pairing but with ex-Brutal Truth-er Kevin James prowling barefooted across the stage, alternately bellowing and chuckling, there’s as much character as there is skill.

“We’re Power Trip from Dallas, Texas and for the next 40 minutes your asses belong to us!” As far as statements of intent go, Riley Gale’s isn’t brimming with subtlety but then again, they’re hardly a subtle lot. Harnessing the energy of classic thrash and tying it to the kind of Godzilla-sized riffs that make listeners want to leave ruined buildings in their wake, they incite a level of violence that remains unrivalled for the rest of the night. Savage, catchy and wildly confrontational, they stand out on this line-up for all the right reasons.

Even if Brujeria aren’t the Satanic, meth-fuelled deviants that we always hoped they were, the masked, machete-toting mob provide a level of weird fun that no amount of drugs could hope to create. From the oddball audience participation of ‘Consejos Narcos’ to the scathing relevance of ‘Viva Presidente Trump’, it’s not your typical grind performance but with the rapid-fire delivery of Juan Brujo and El Sangron alongside Lock Up players Embury, Barker and Anton Reisenegger at their grooviest, it’s one of the most entertaining examples of political heaviness in recent memory. Viva Mexico, cabrones!

It’s doubtful that Napalm Death even need an introduction. It all started with them and, given their relentless work ethic, it’ll likely end with them as well. They’re needed, dammit, and tonight shows why. Railing against everything from sweatshop labour and slum landlords to Tories and Nazis, they’re an ideological battering ram, guided by the flailing limbs of Barney Greenway. The energy he brings is relentless, witty and charismatic yet someone able to contain and harness the chaotic power of his cohorts, and when classics like ‘Scum’ and ‘Suffer The Children’ rear their heads, the only appropriate reaction from the crowd is to pit like their lives depend on it. They may have been doing this for over three decades but if they were still doing it thirty years down the line, nobody would bat an eyelid. 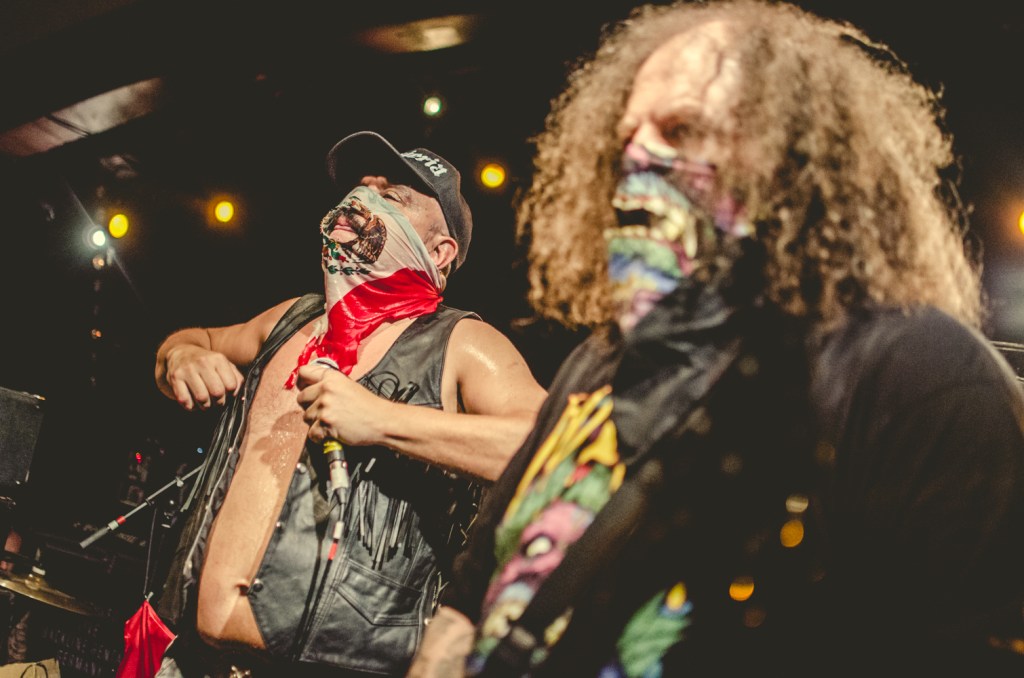 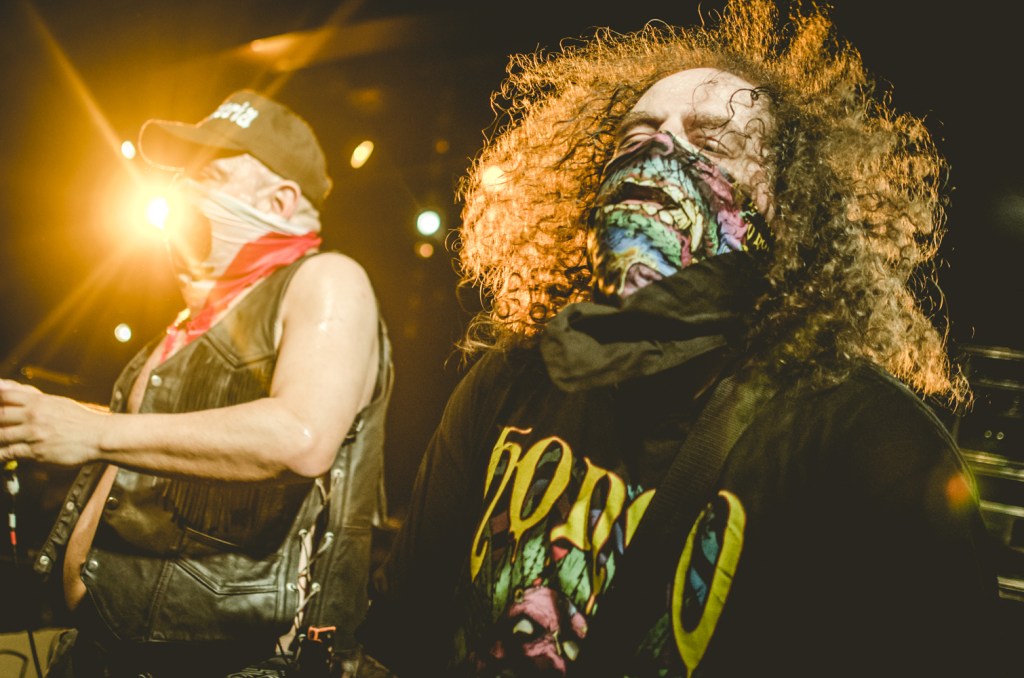 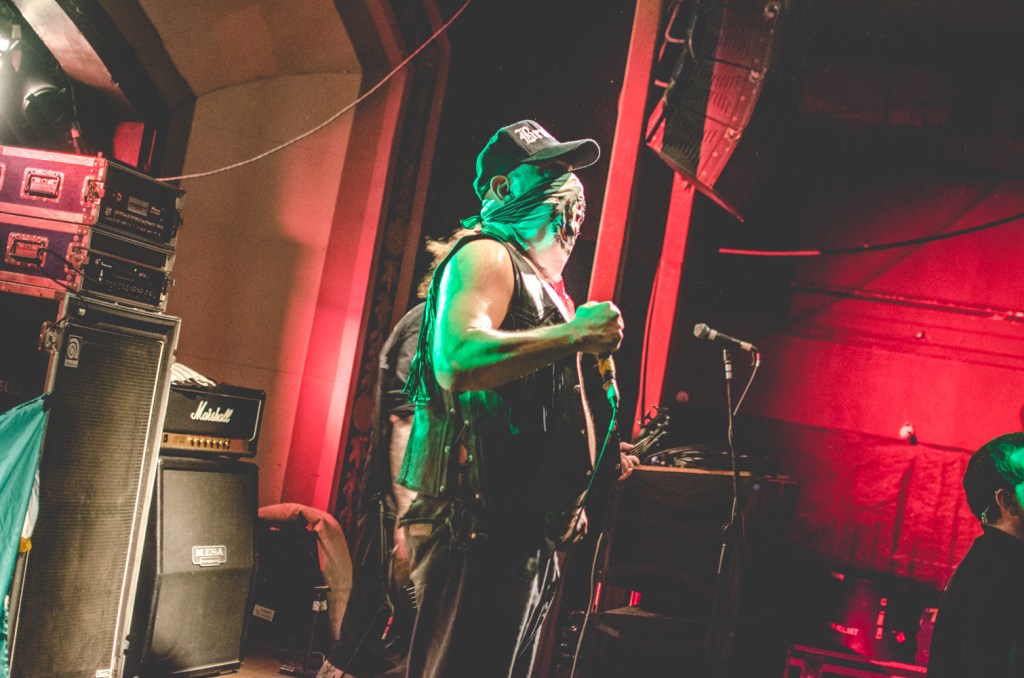 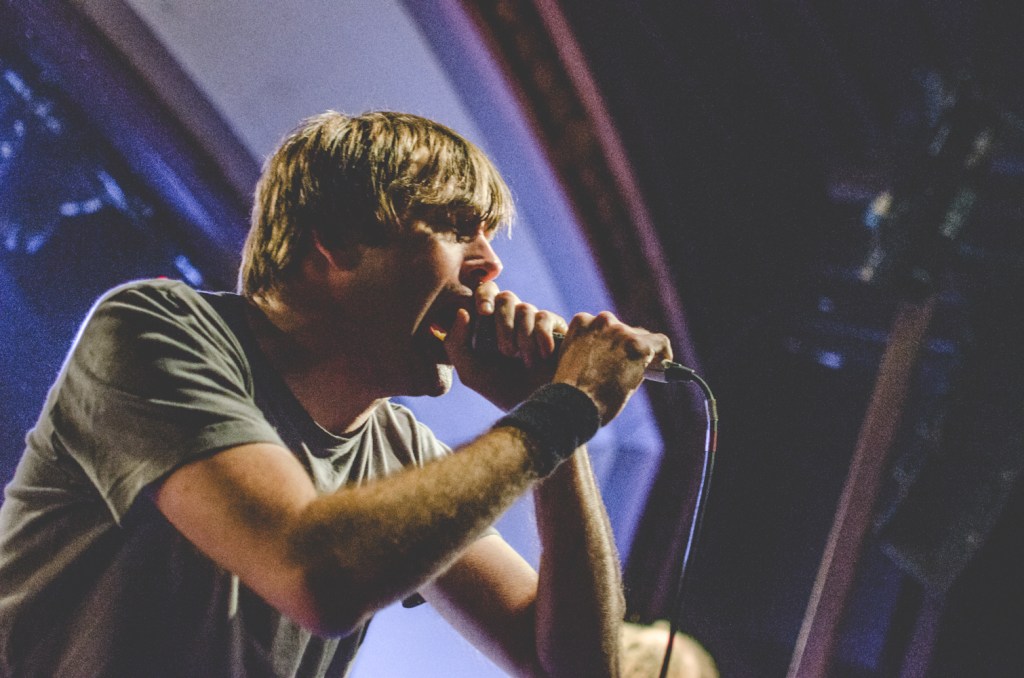 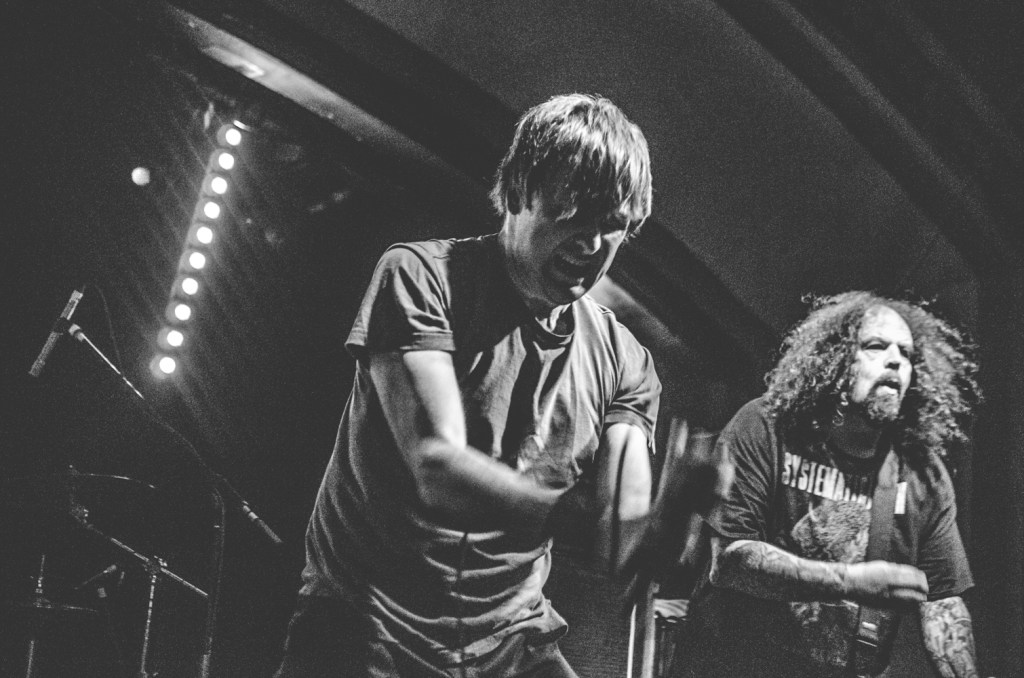 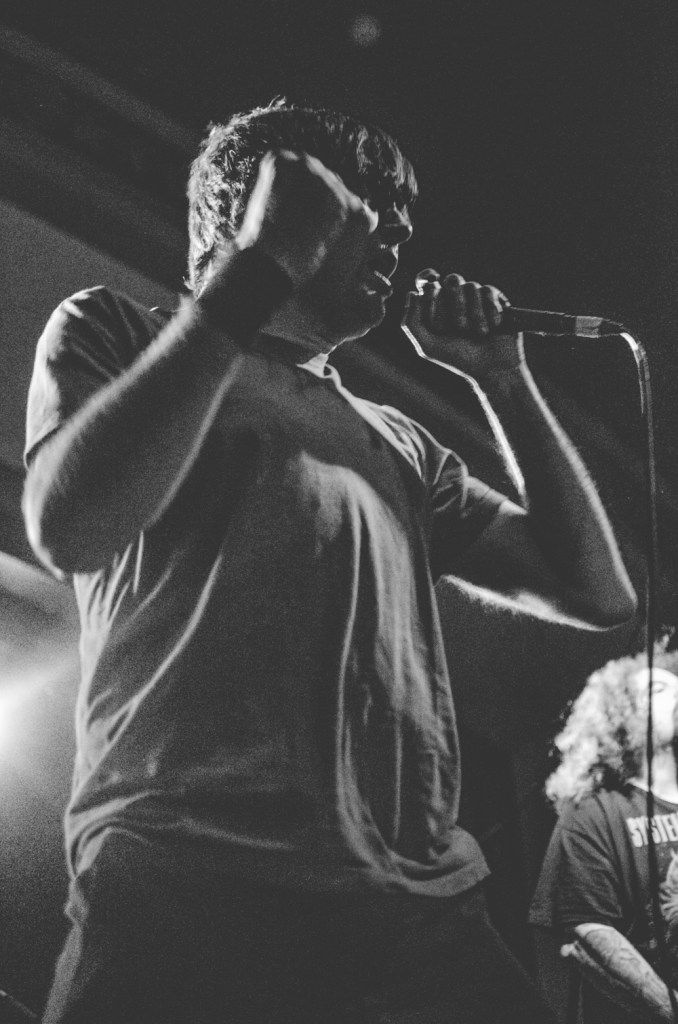 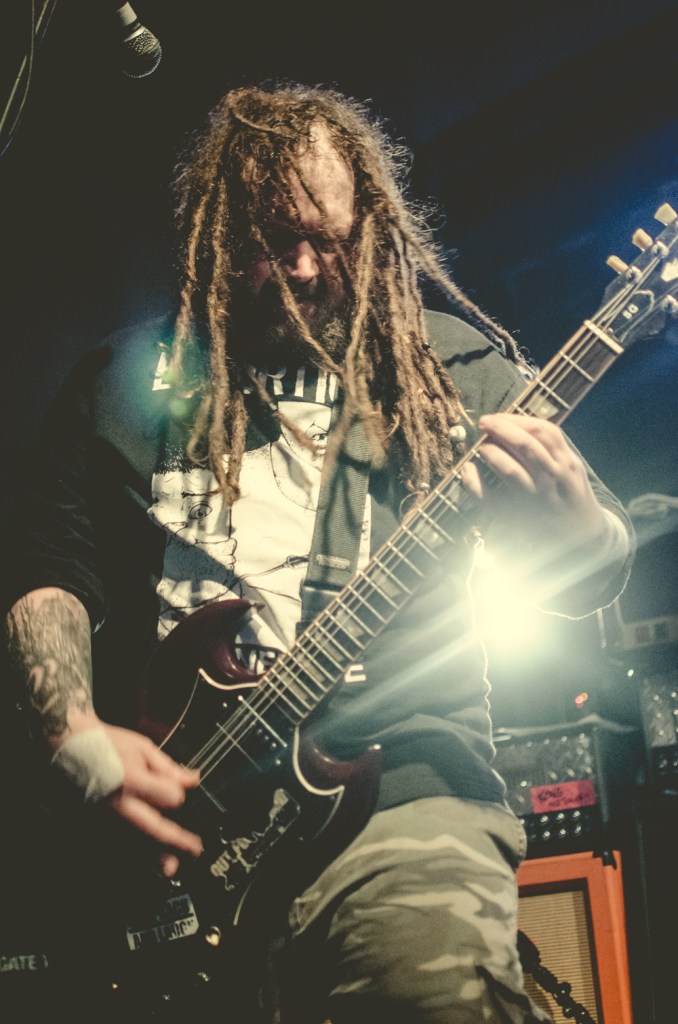 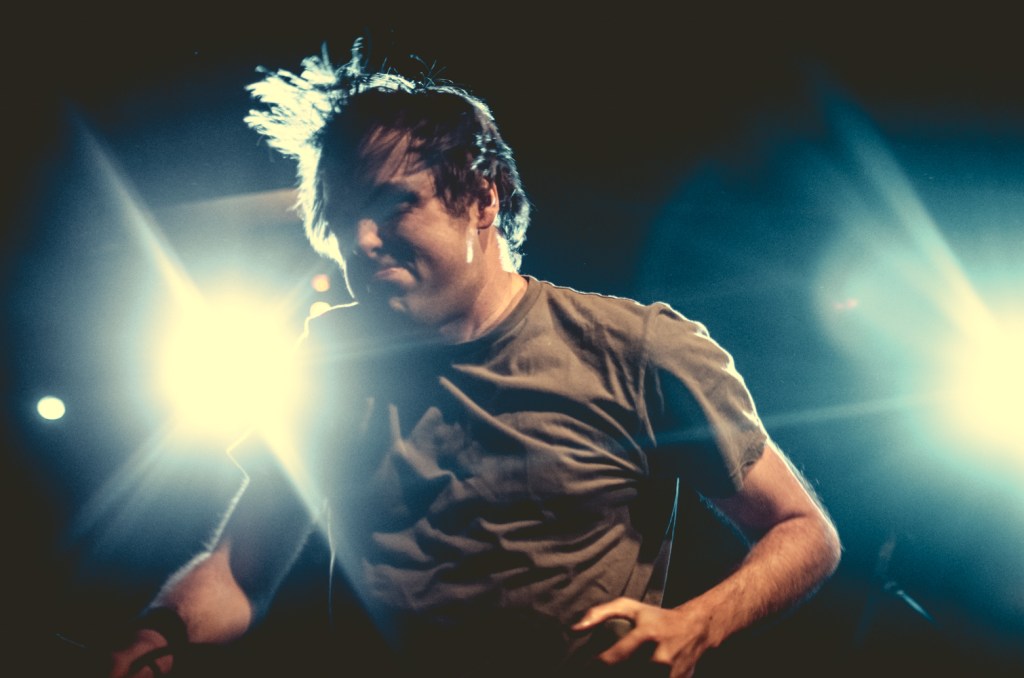 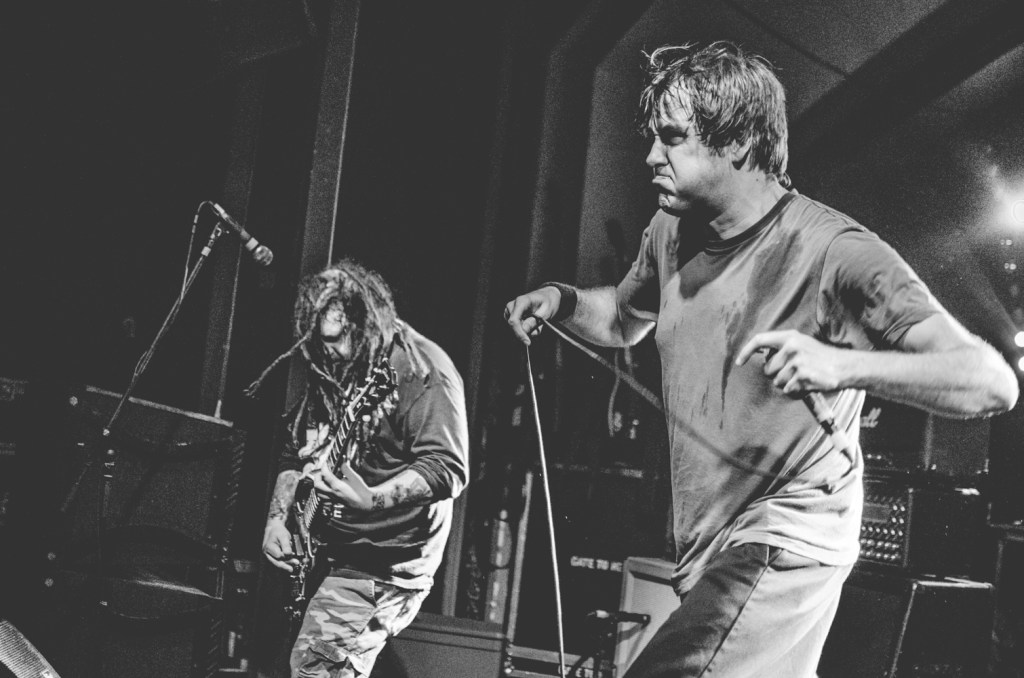 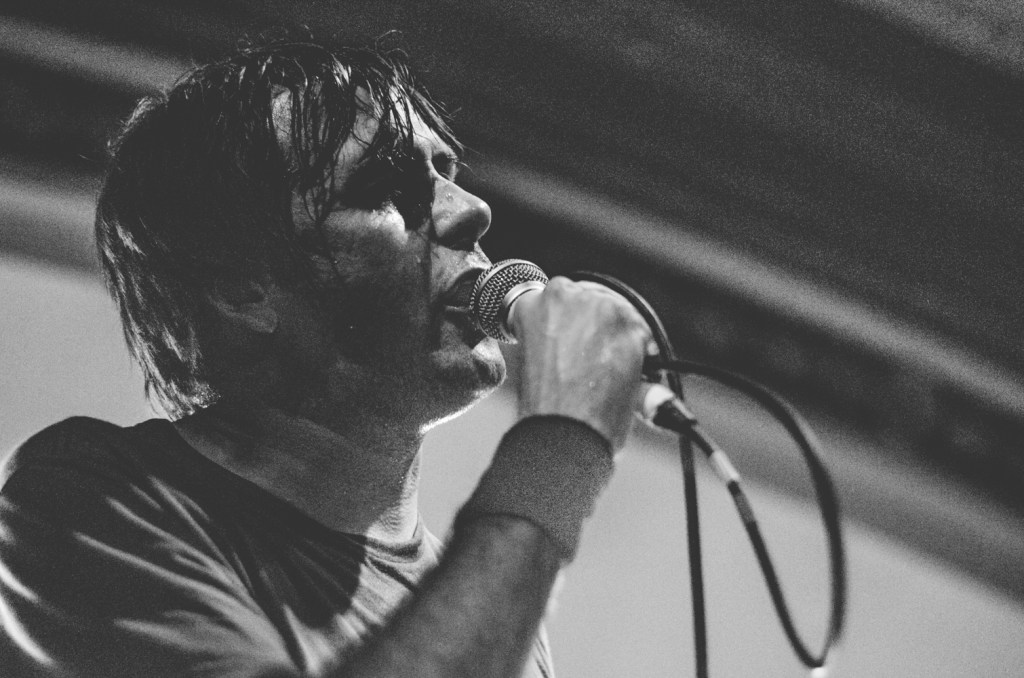 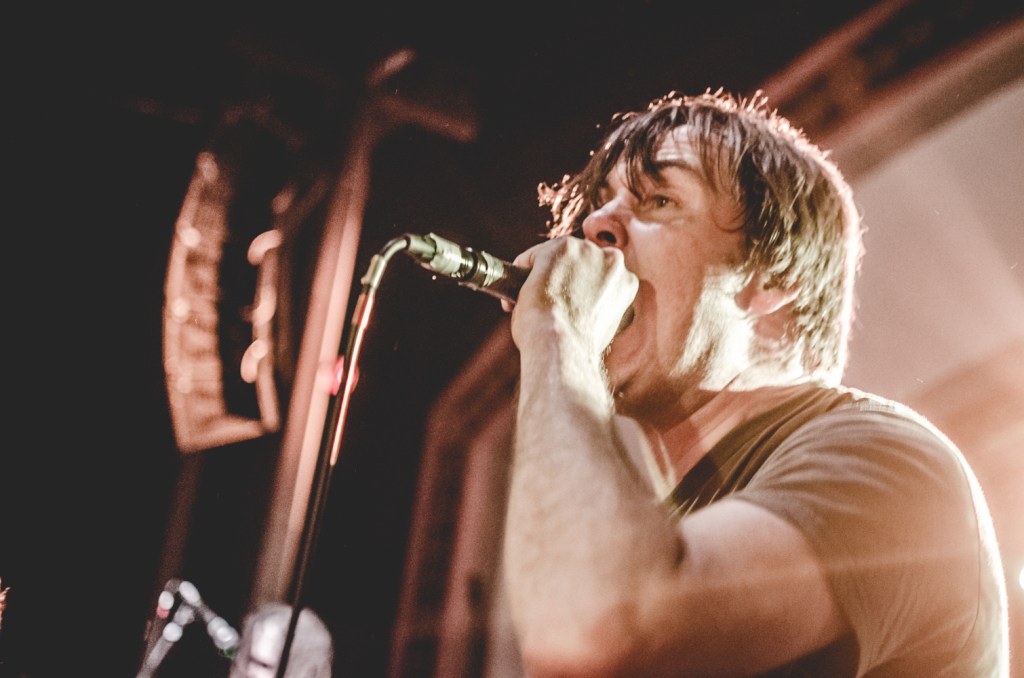 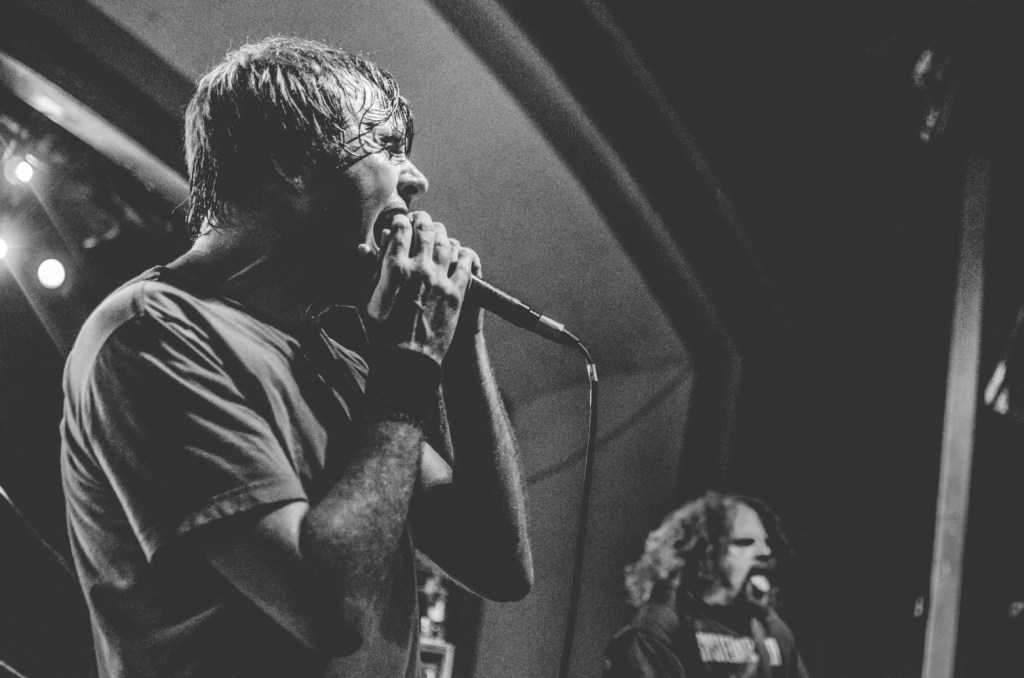 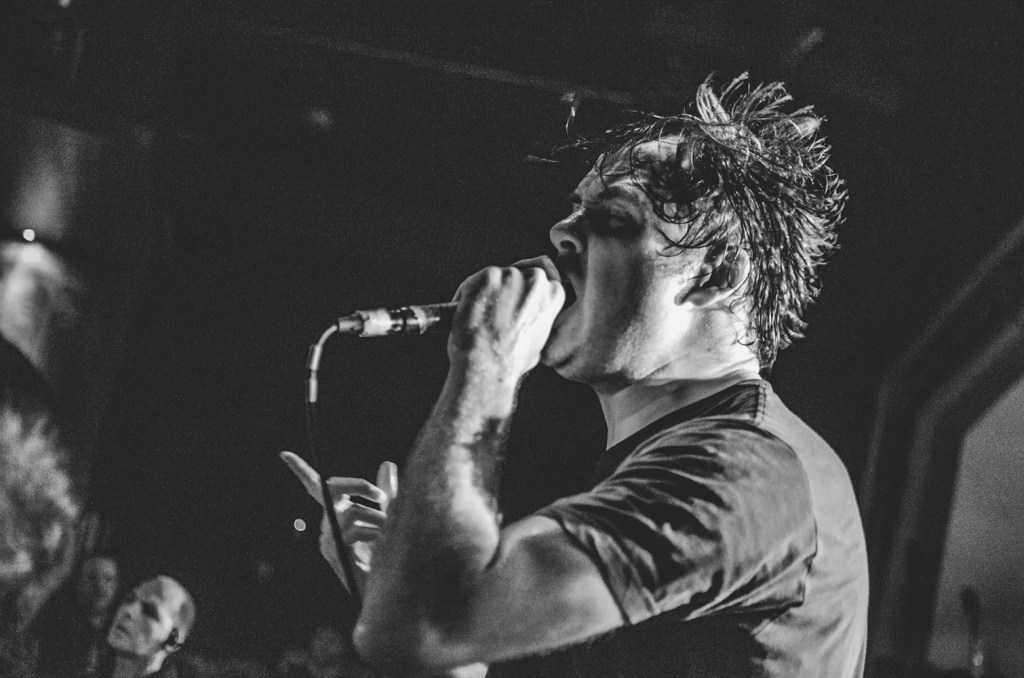 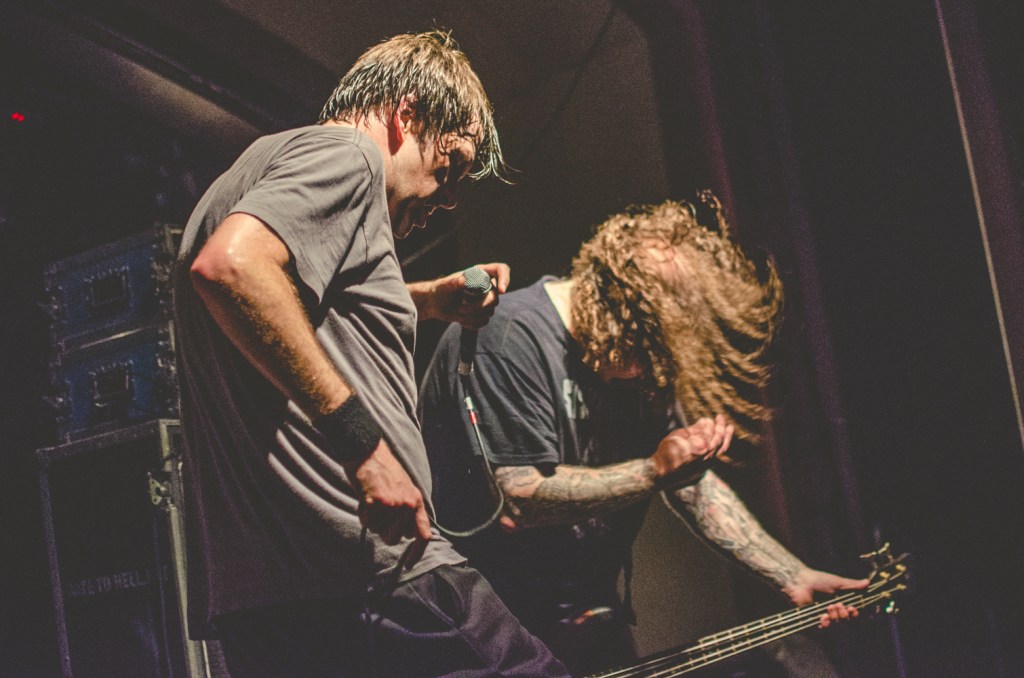 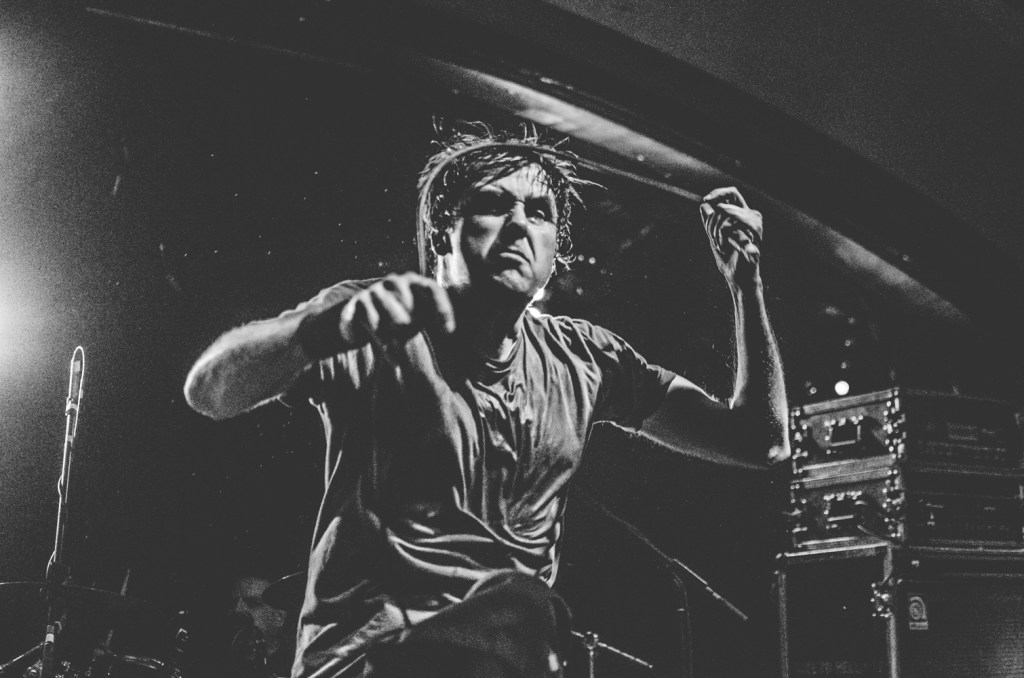 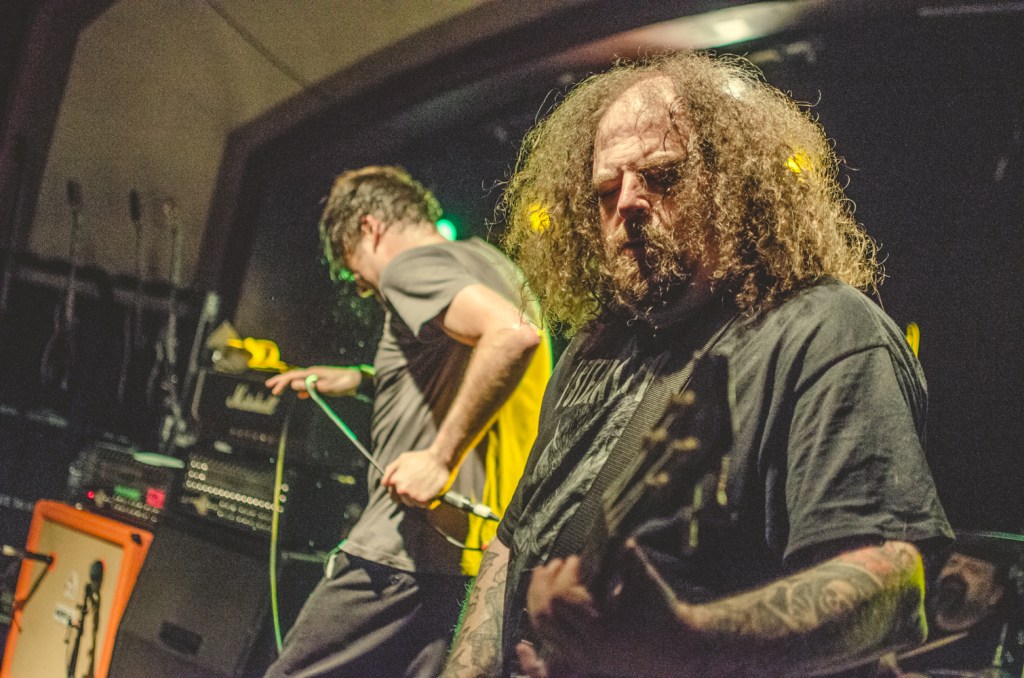 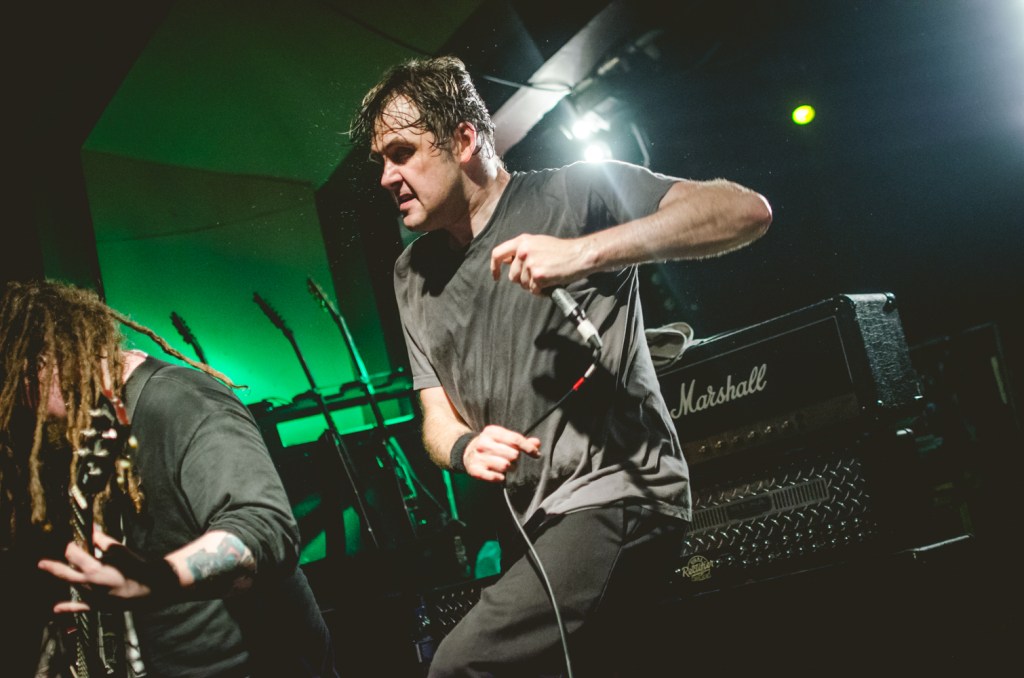 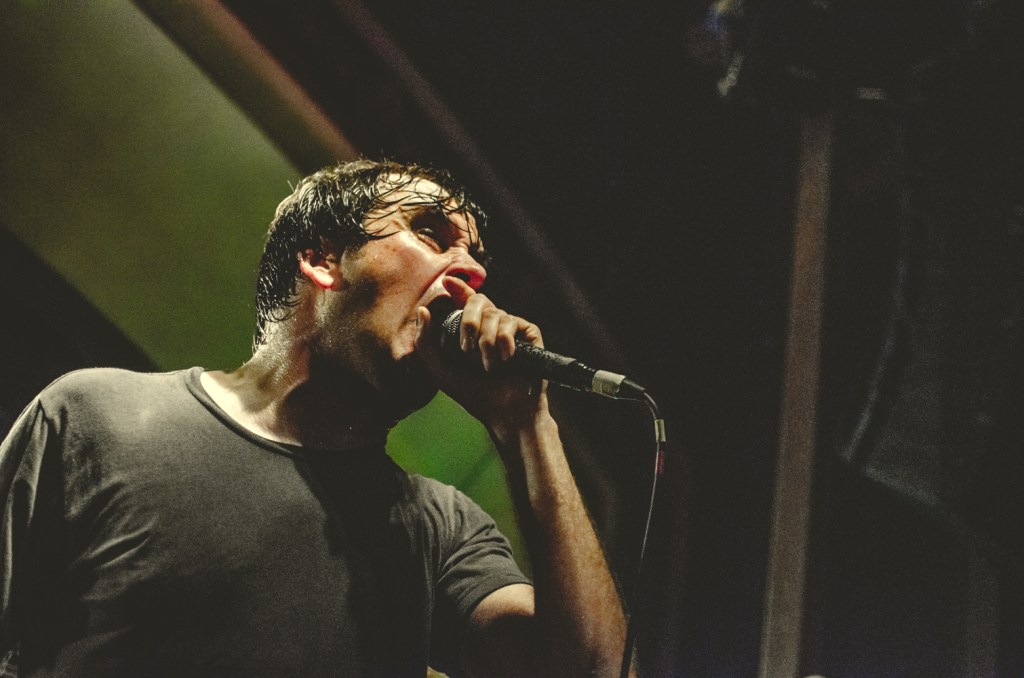 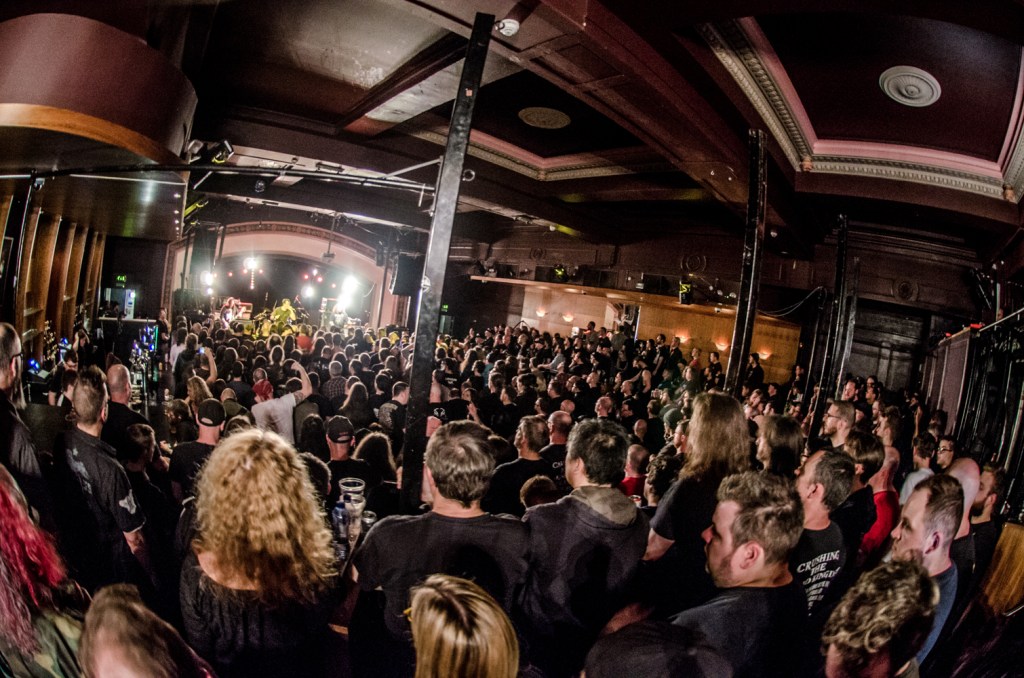