Never ever in history of Serbia a concert was sold out in just 72 hours. Dropkick Murphys did something nobody had done before, and the expectations for this concert were sky-high. Not only that until the day before people were trying to buy tickets for the double price, but on the night of the show there were almost a hundred fans just outside the club trying to find a ticket, or to sneak in somehow. Legendary Boston punks have never played in Serbia before, and their fan base here is huge, loyal and very diverse. There were punks, Celtic music lovers, and supporters of different football teams who would wreak havoc any other day, but this night, in a packed club, they were all as one.

But let’s not forget the first band – the Boston hardcore scene pioneers Slapshot. The four-piece did play in Belgrade a few years ago, but not in front of a crowd like this. Although it was only the first few rows who participated actively in the show, the band delivered a high amount of energy, combining some of the legendary songs from the past with some of the newer stuff.

From the moment Dropkick Murphys hit the stage, the venue exploded. More than 1000 fans were singing every single word with the band, who seemed to be a bit surprised by the warm welcome. With the new record 11 Short Stories of Pain & Glory by their side, and a few dozens of older hits under their belt, the band managed to maintain an intense atmosphere during the whole show. From “The Lonesome Boatman”, “Blood”, “Rebels with a Cause” or “First Class Loser”, to “The State of Massachusetts”, “Going Out in Style”, to “Ballroom Hero” or “Johnny I Hardly Knew Ya”, the hands were up in the air, gallons of beer were being spilt everywhere, and even a flare torch was fired up.

“Rose Tattoo” offered one of the best moments of the show, considered almost as an anthem, and sung by every single soul in the club. Not far was “I’m Shipping Up to Boston” welcomed with mass hysteria in the crowd. Encore was mandatory, and it started with “The Boys Are Back” while “Kiss Me I’m Shitfaced” saw many ladies on the stage with the band. “Skinhead on the MBTA” and “Until the Next Time” got the boys joining them while the concert was coming to an end.

Dropkick Murphys were waited for too long in Serbia, and this show was more than enough to prove it. With much adrenaline in our veins and anthems in our ears, we left the venue wishing it won’t be long until they came back. We will be there, waiting. 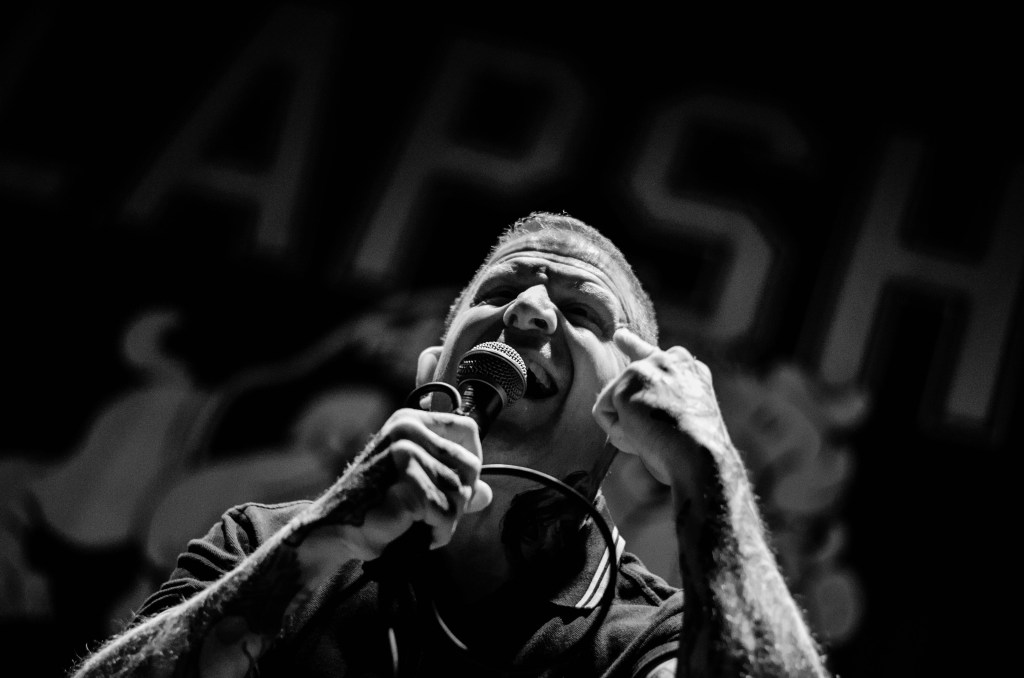 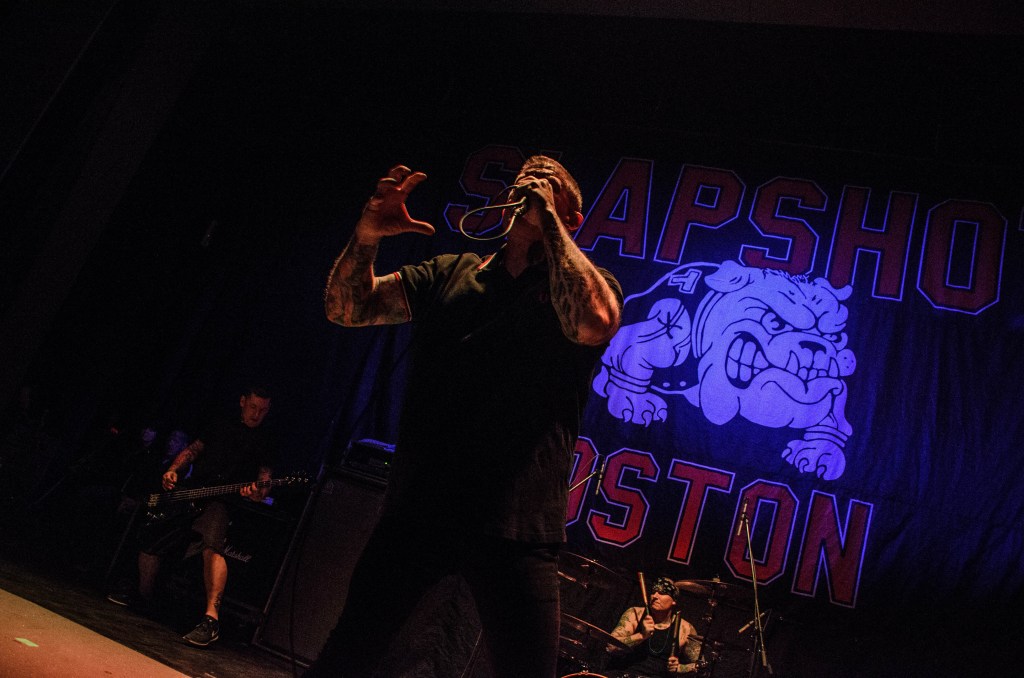 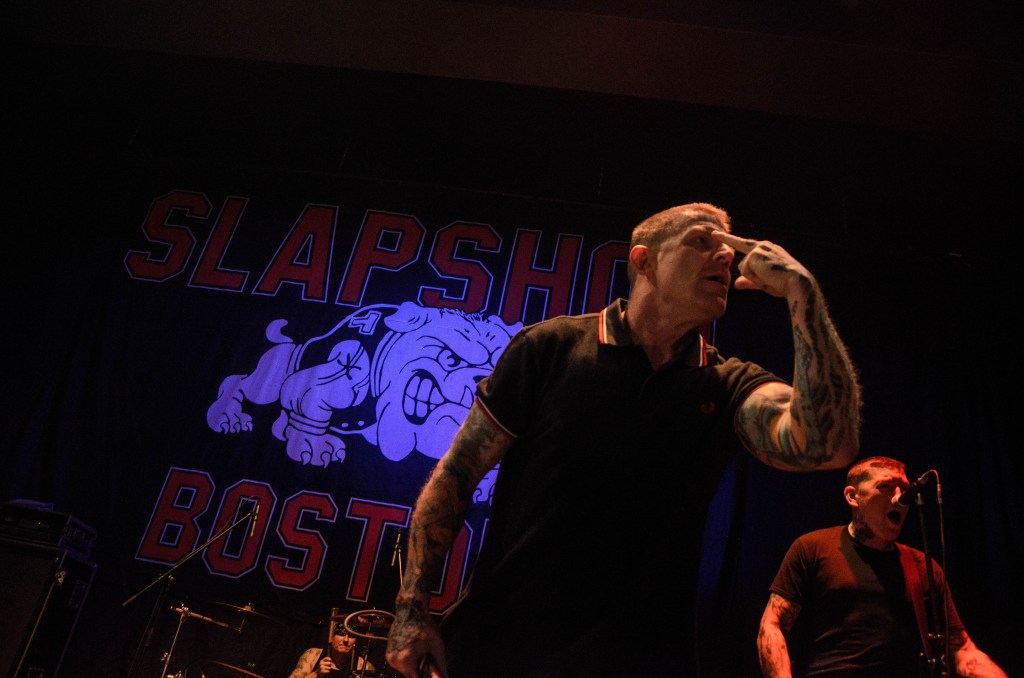 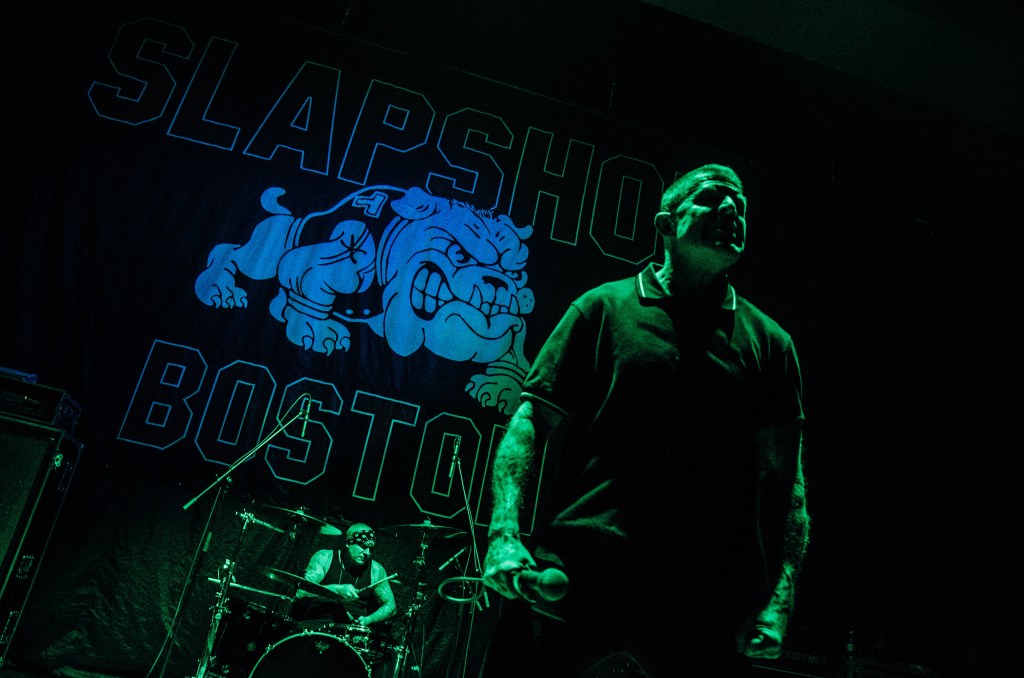 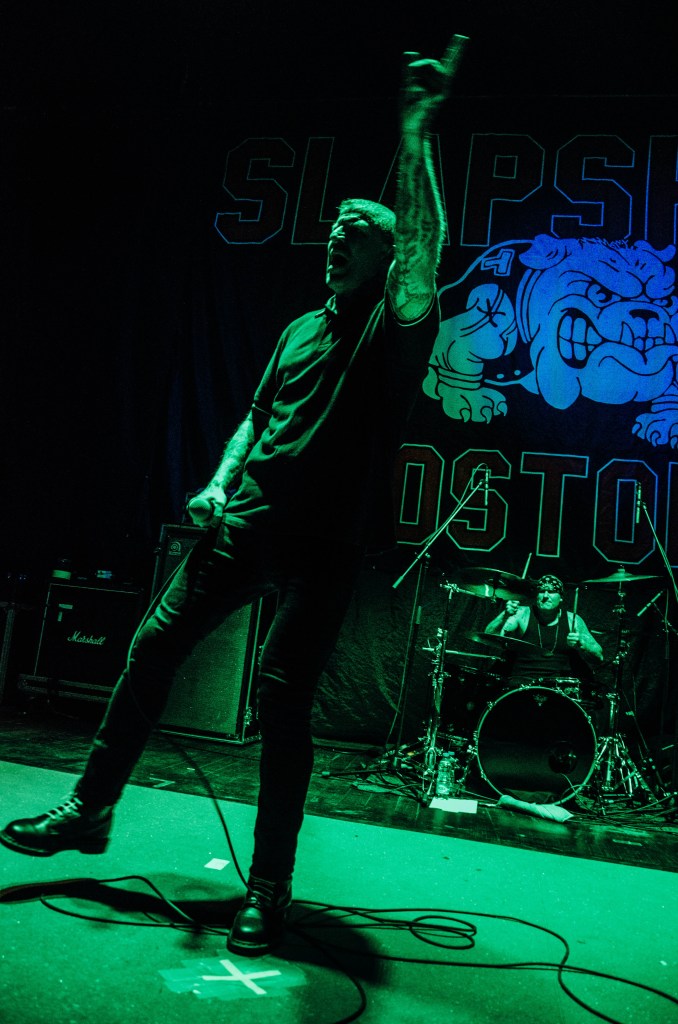 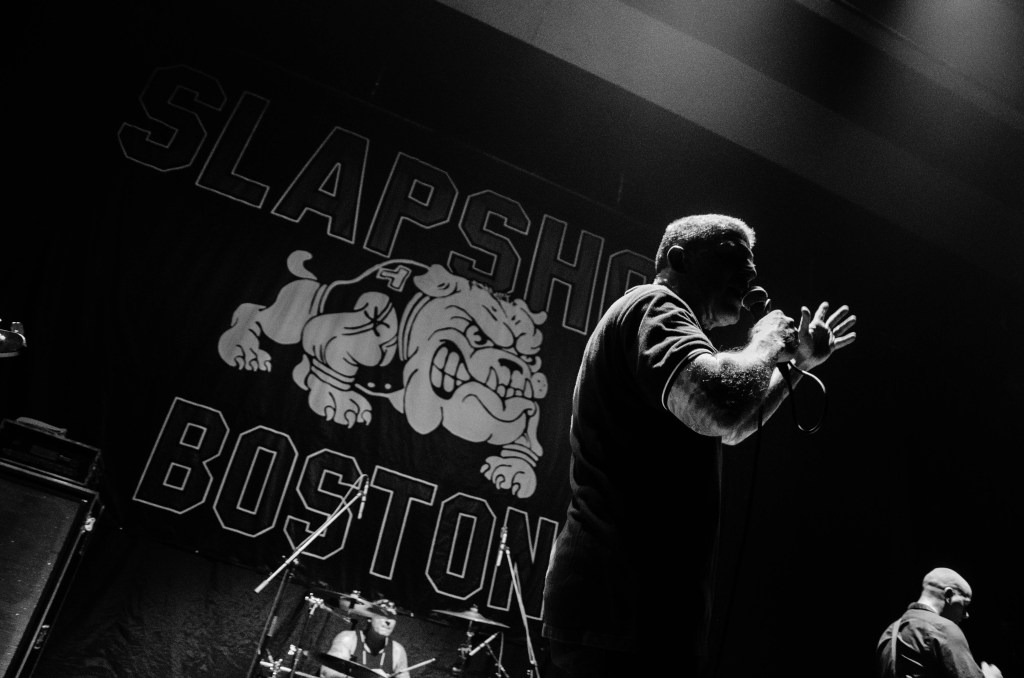 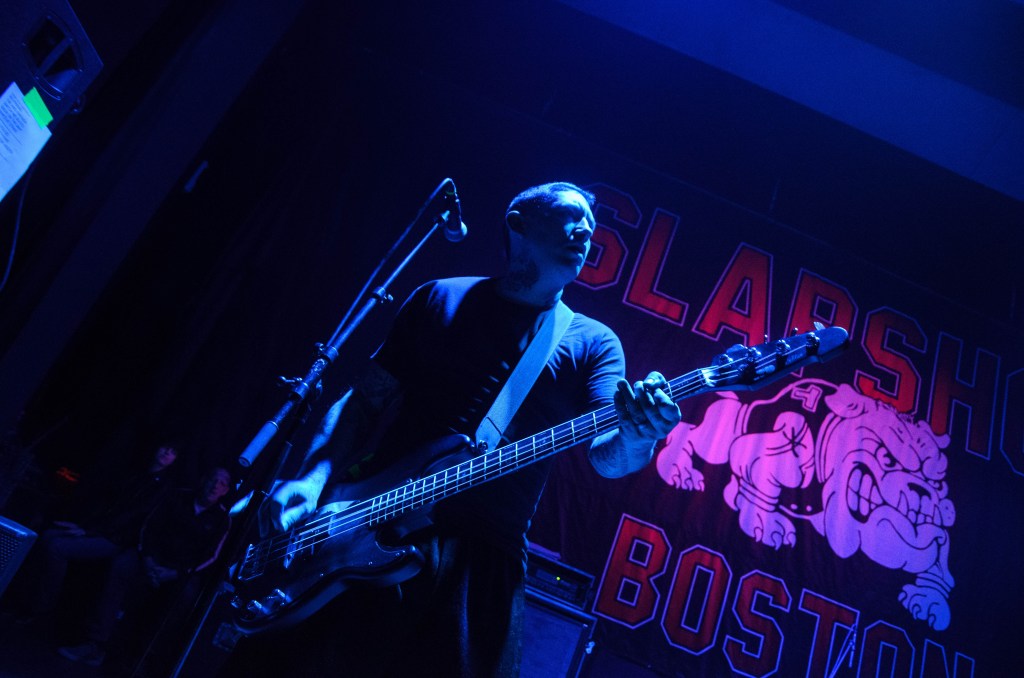 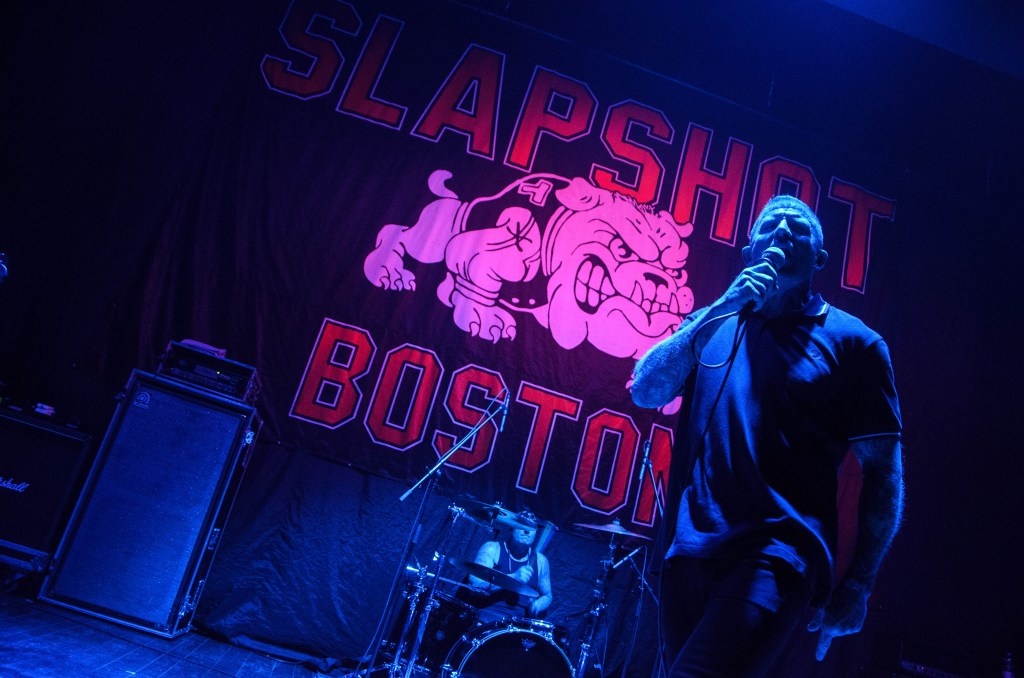 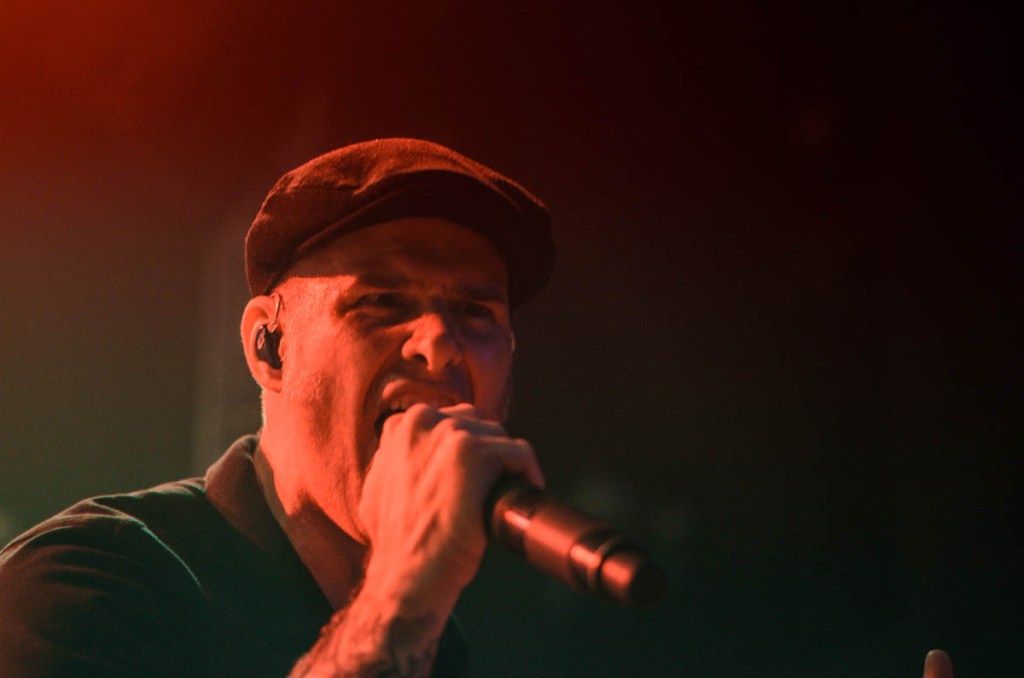 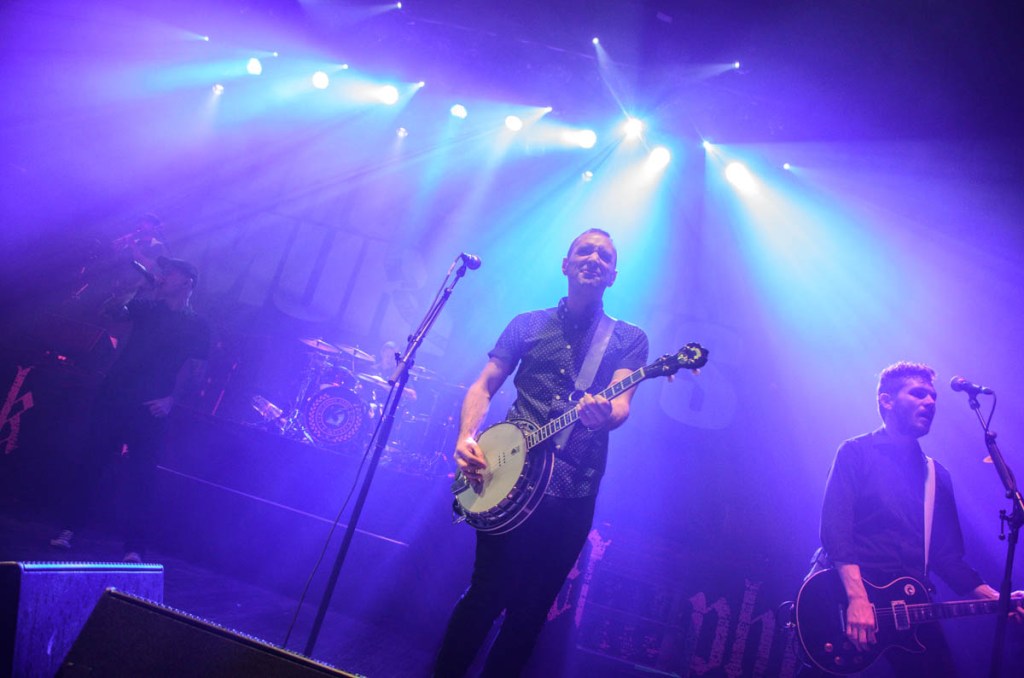 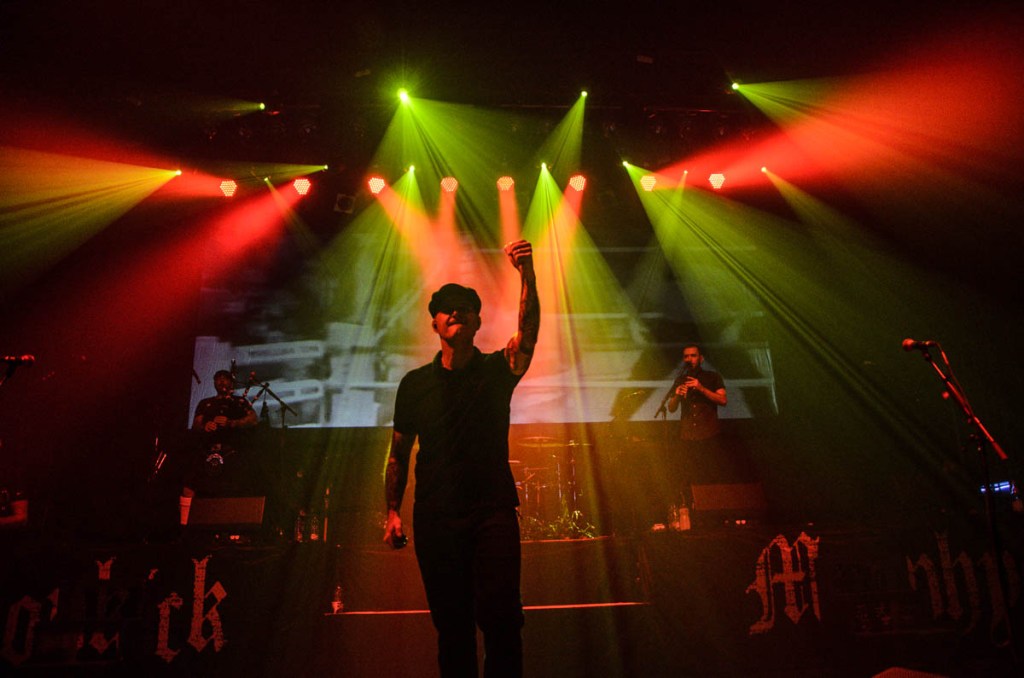 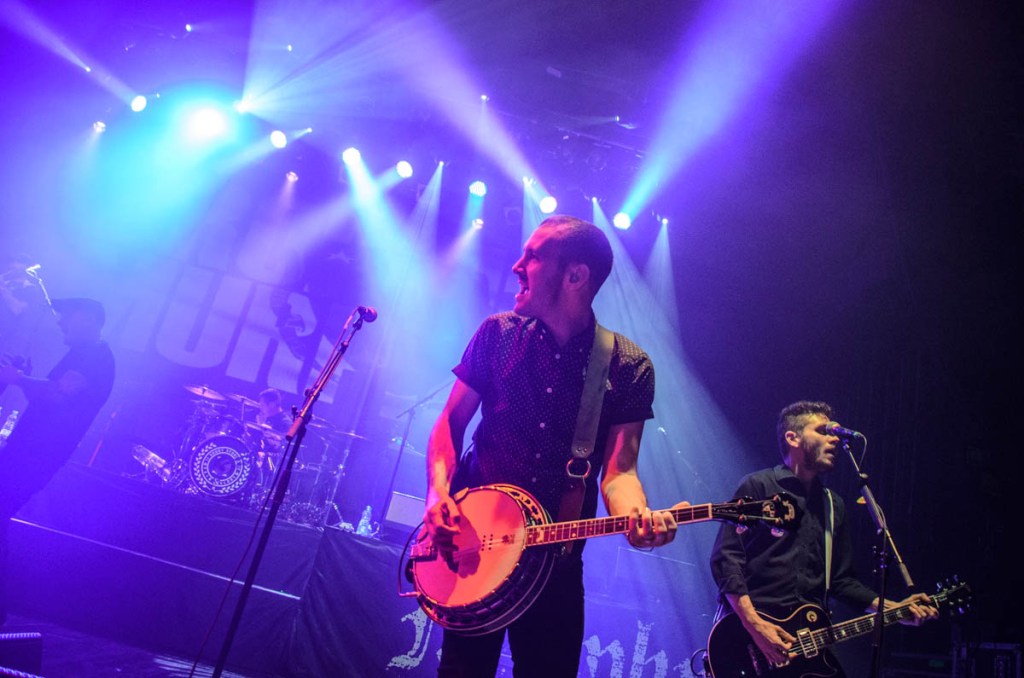 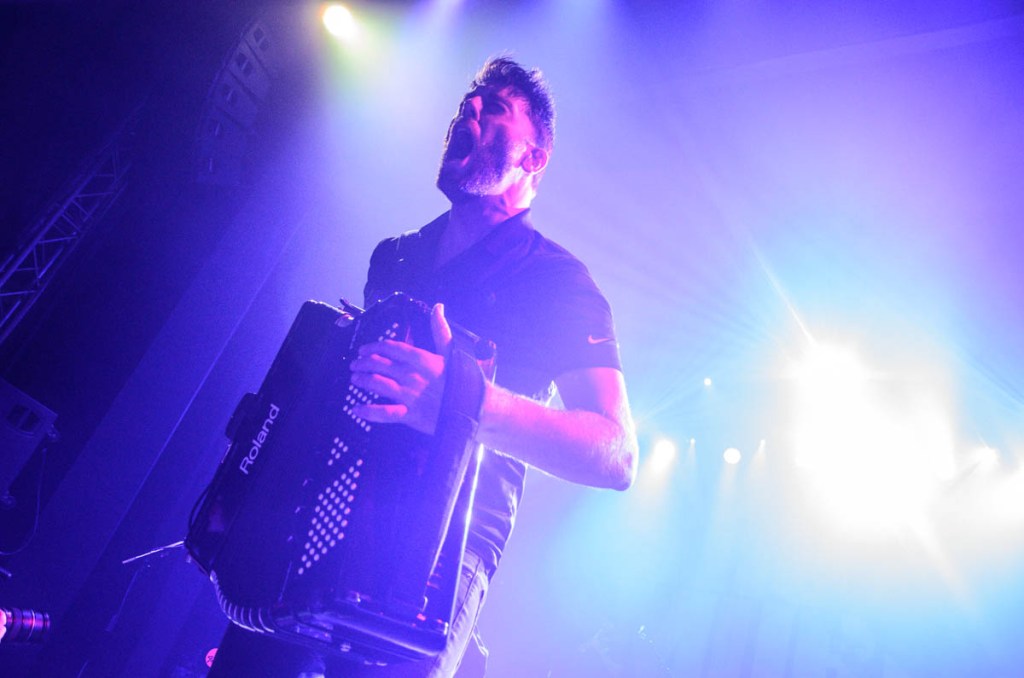 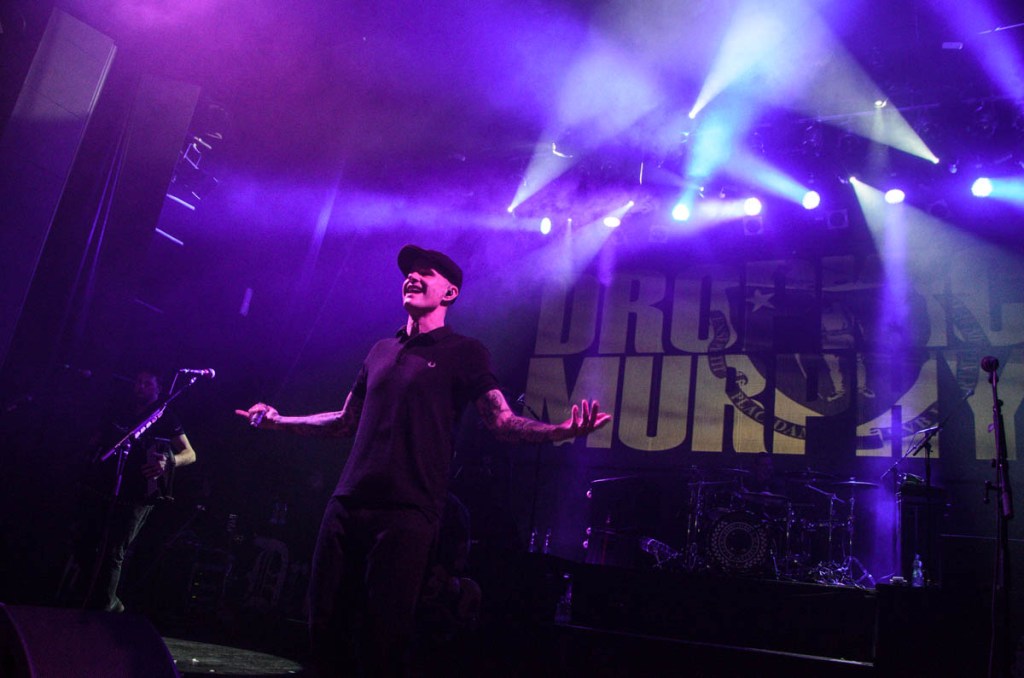 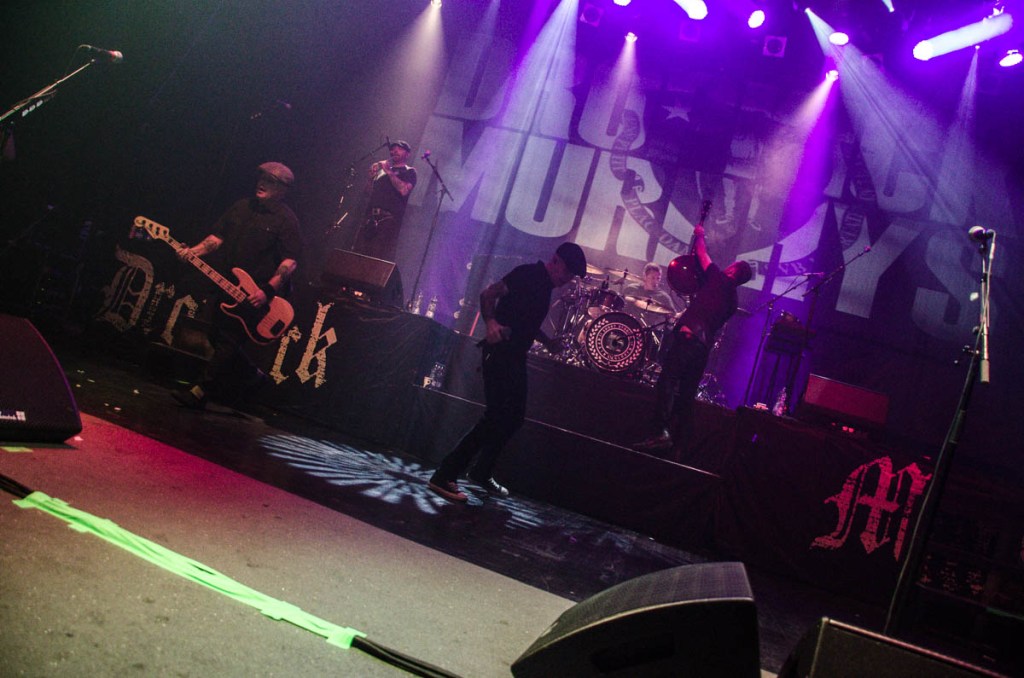 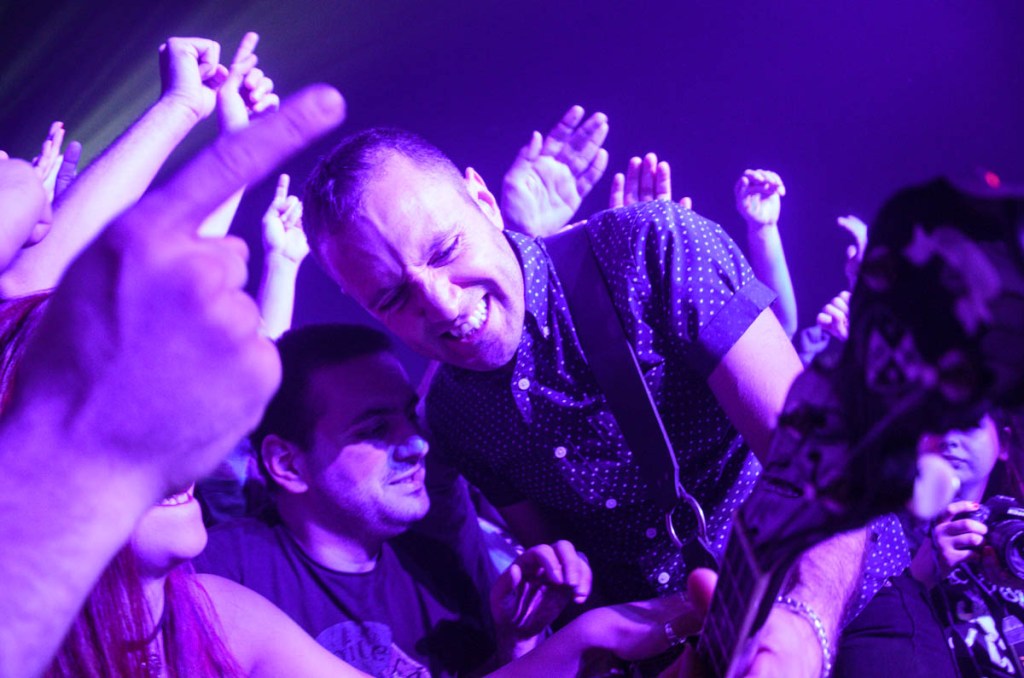 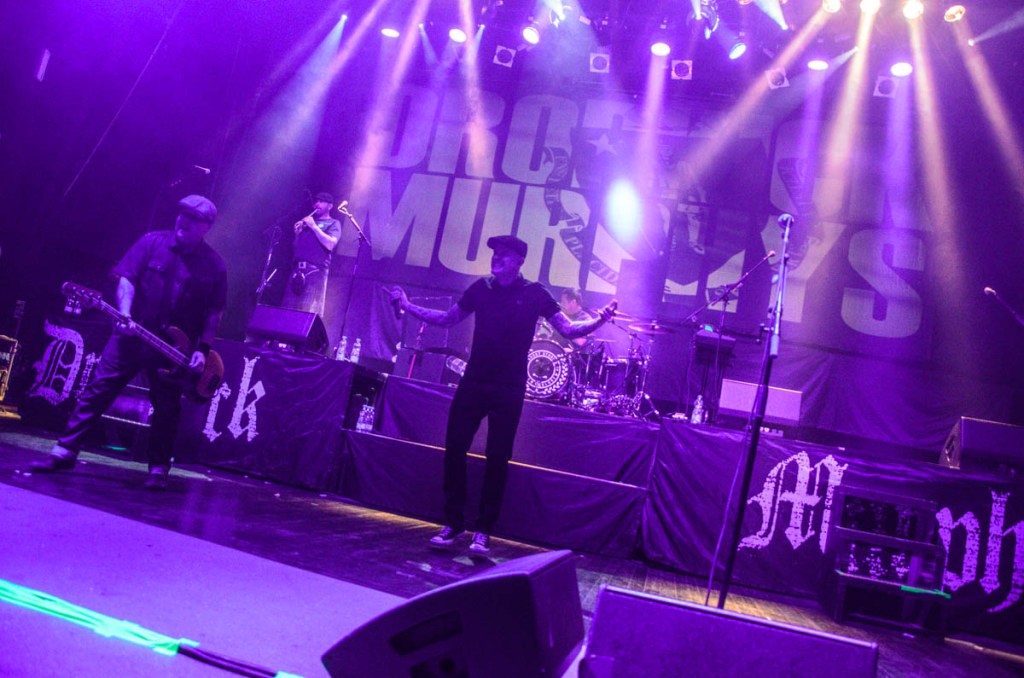 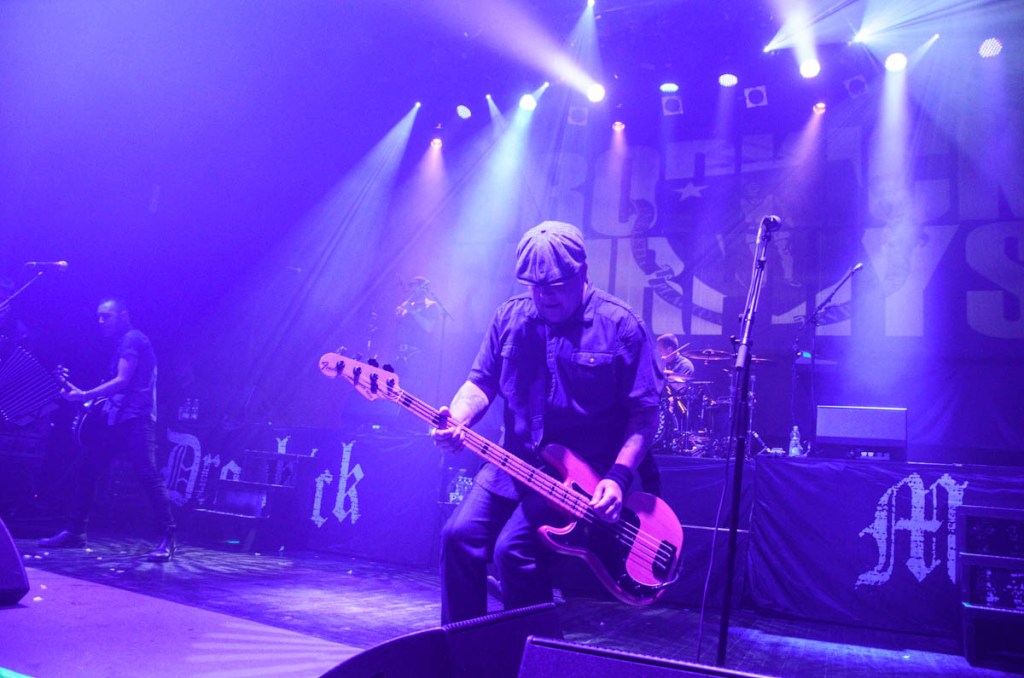 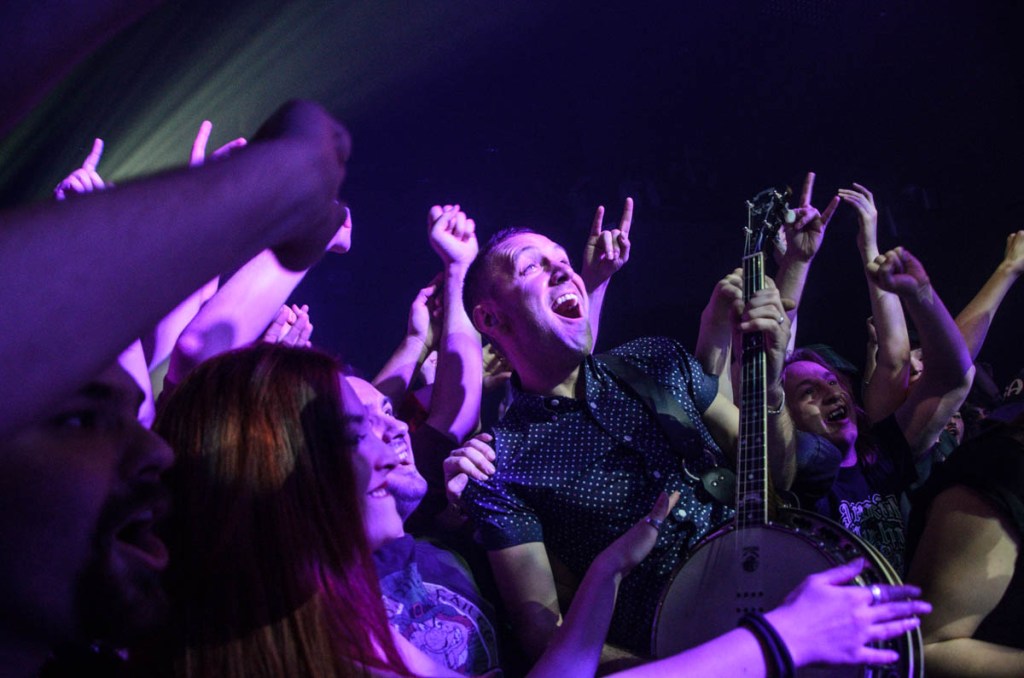 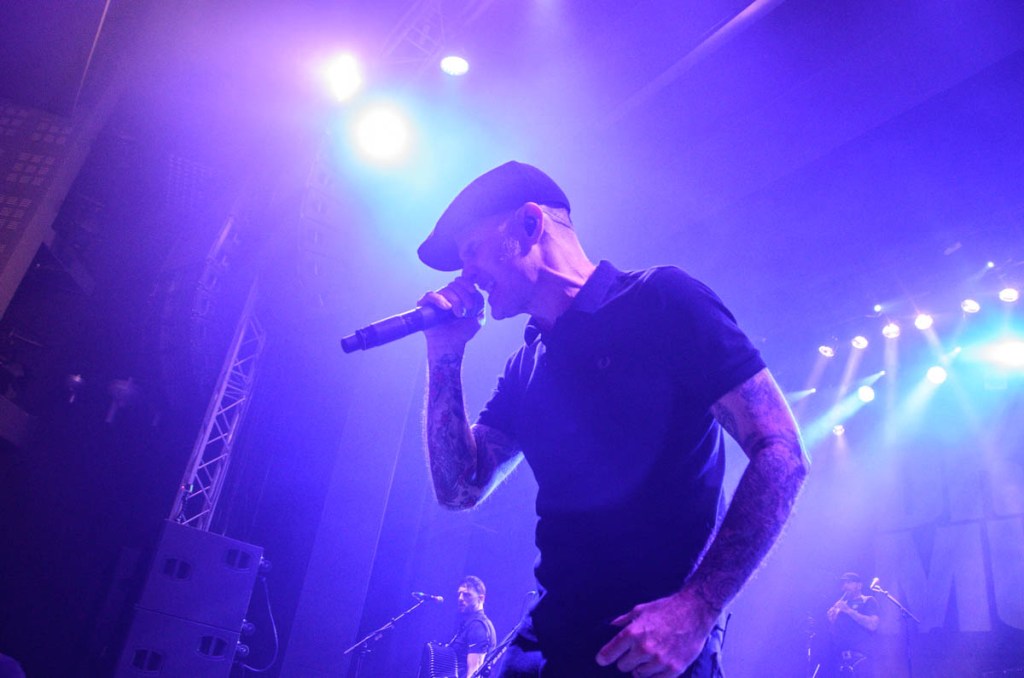 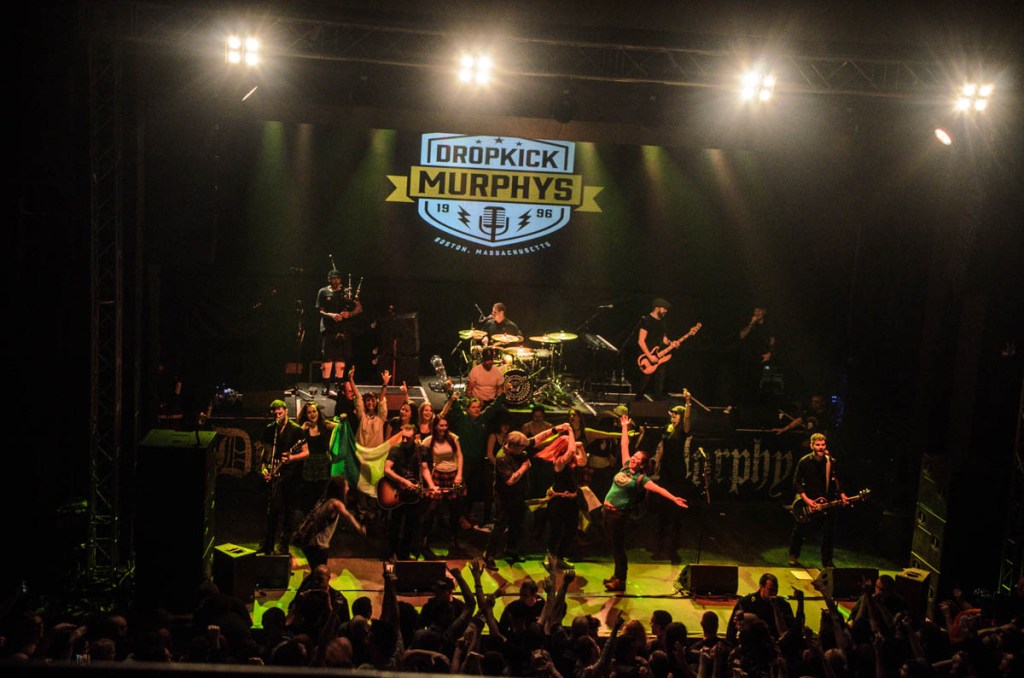 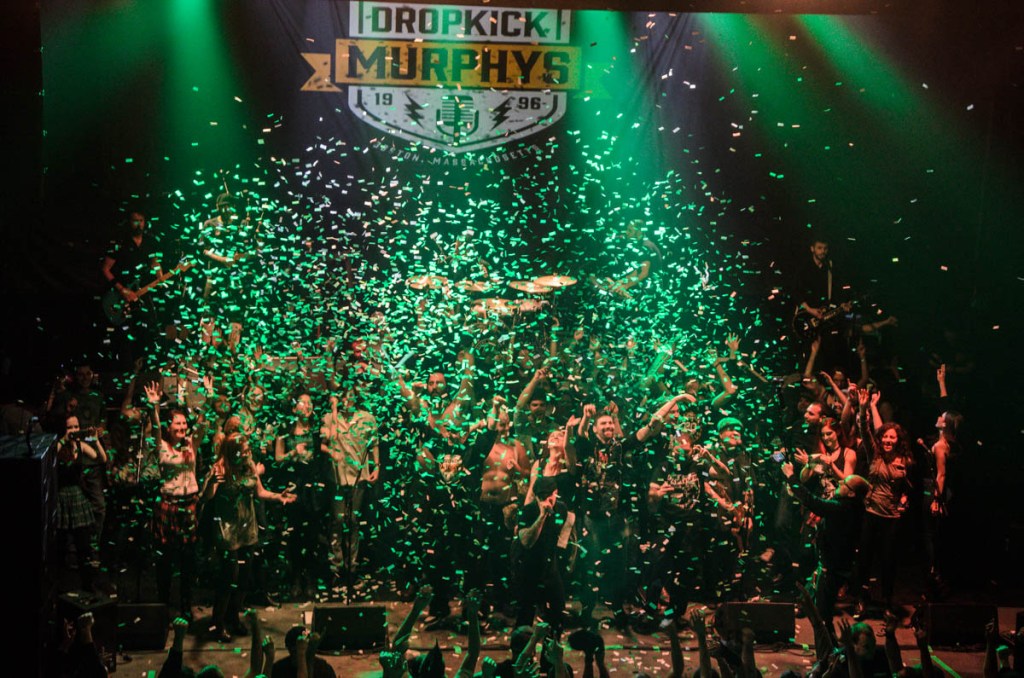