The Russian Circles, Eagles of Death Metal and Mastodon tour has no opener. Each with a distinct sound and show, the three bands created their own unique atmosphere that affected the audience in various ways.

Russian Circles is visually and sonically unparallelled. Mike Sullivan, Dave Turncrantz and Brian Cook walked onto a dark stage and began playing. They occasionally sipped local Alabama IPA, but never spoke. When they played the last note of “Deficit,” they simply waved and exited. The trio needed nothing more than their respective instruments to be breathtaking; their lack of vocals was entirely unnoticeable as Sullivan’s riffs, Turncrantz’ pummeling drums and Cook’s heart-palpitating bass playing wove an emotional rising and falling tale. Every Russian Circles song is massive, dramatic and captivating–this was multiplied tenfold in the band’s presence. There are few experiences comparable to that of standing eyes-closed in front of the Chicago trio and allowing the influence of sound to take over every movement.

The members of Eagles of Death Metal are polar opposites from Russian Circles in terms of showmanship. Where Russian Circles appeals to an introverted, analytical mind, EODM is as extroverted as possible. Rather than the band entering first, Brent Hinds of Mastodon and his grandmother lead the way onstage. At 94 years young, AB danced with the band as her grandson played along to “I Only Want You.” Jesse Hughes would later say, “That is the power of rock and roll.” Donning red sunglasses and suspenders, Hughes was an unceasing force; as a preacher would speak to his flock at a revival, the mustachioed redhead told of the gospel of rock and roll to his congregation. When Jesse prompted the crowd to sing along to “I Want You So Hard,” a beautiful moment ensued: every time the crowded venue repeated the lyrics, “The boy’s bad news,” back to the frontman, a genuine, cheek-to-cheek ecstatic smile spread across his face. It’s impossible to decide whether the band or the audience had more fun singing along to David Bowie’s “Moonage Daydream” and EODM’s “Speaking In Tongues.” Pure, inescapable joy is what Eagles of Death Metal offered and delivered.

Mastodon was everything the name infers: unshakable, powerful and loud. Troy Sanders, Brent Hinds, Bill Kelliher and Brann Dailor were joined onstage by Hinds’ grandmother, who sat behind her grandson throughout the show and regularly rose to dance. Starting with the opener from their latest album Emperor of Sand, the quartet played a mix that kept the crowd in constant movement. (Contrary to the opinions of many, the new tracks melded into the set perfectly. The segue from “Steambreather” to “Mother Puncher” was incredible.) The comedy that has always emanated from the band was thankfully present in Sanders’ intense, hilarious stares at the audience and Brann Dailor’s Rodney Dangerfield and Redd Foxx emblazoned bass drum. The laughter and surprise carried on even when the show appeared to be over and Hinds took the mic yet again. With his entire family in the balcony and onstage, he asked the audience if they wanted to “see the coolest encore ever” and proceeded to propose to his girlfriend (who said yes!). As with Eagles of Death Metal, it was utterly impossible not to smile throughout Mastodon’s entire show. 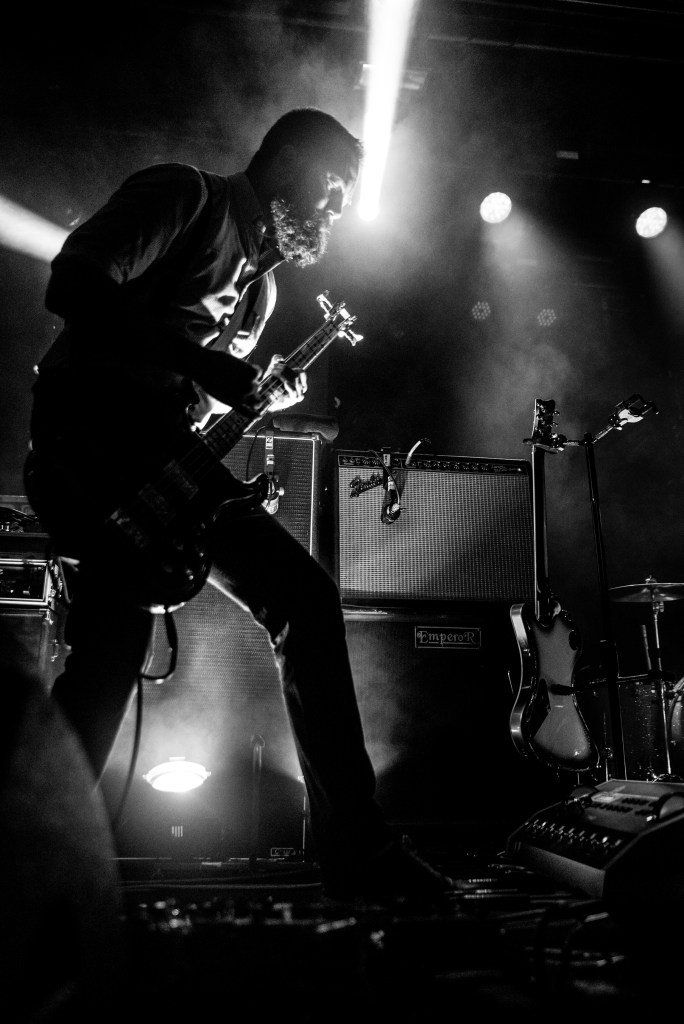 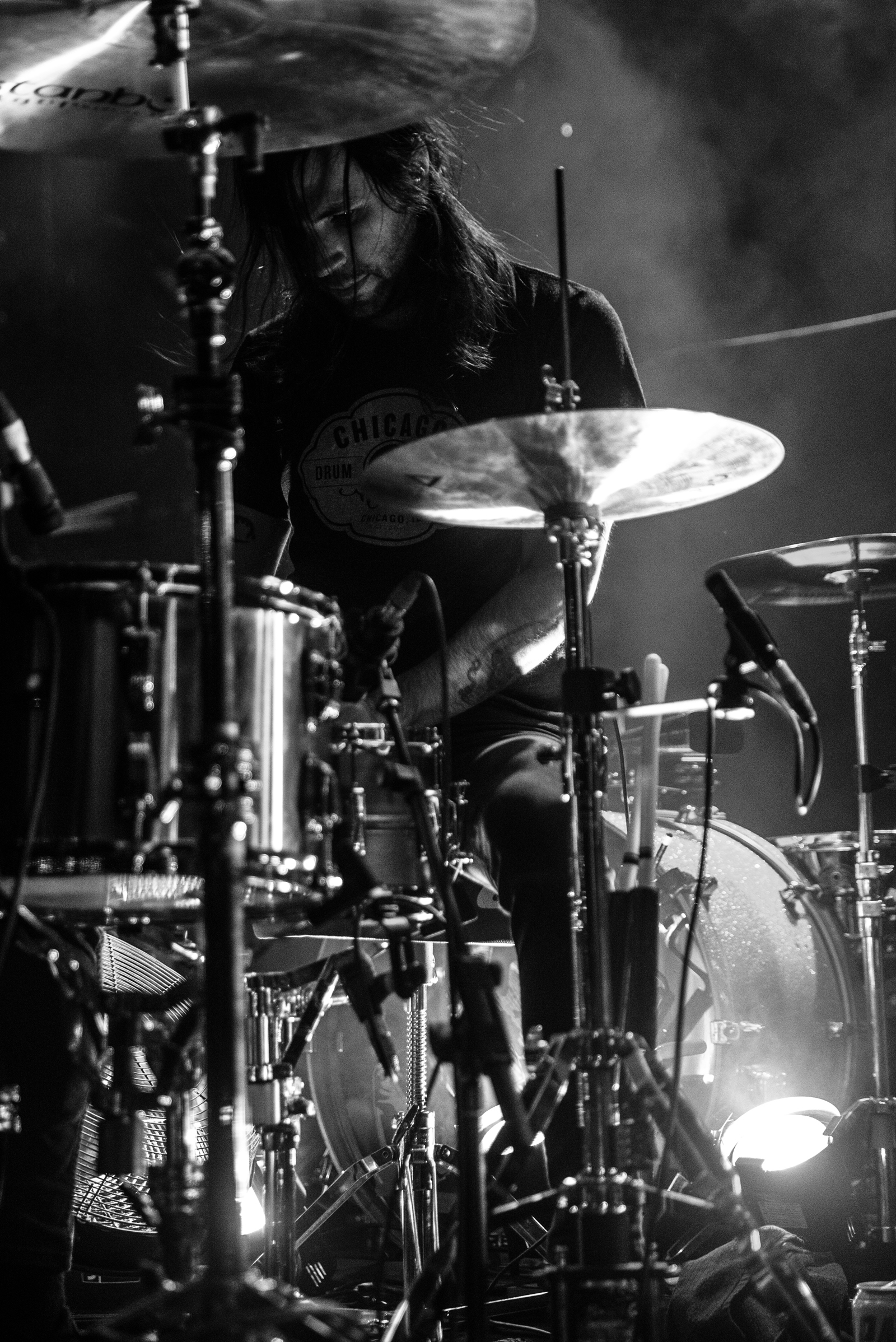 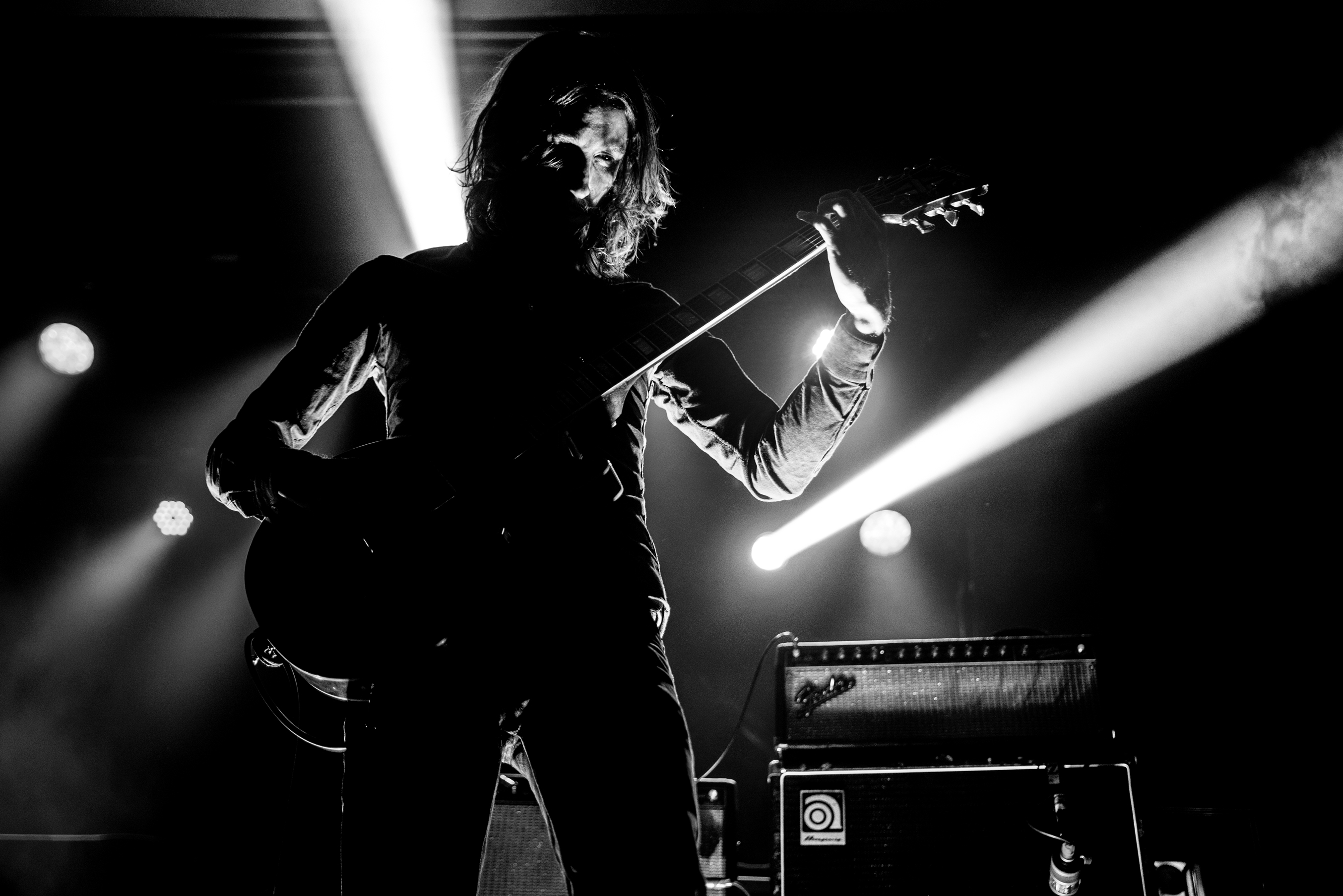 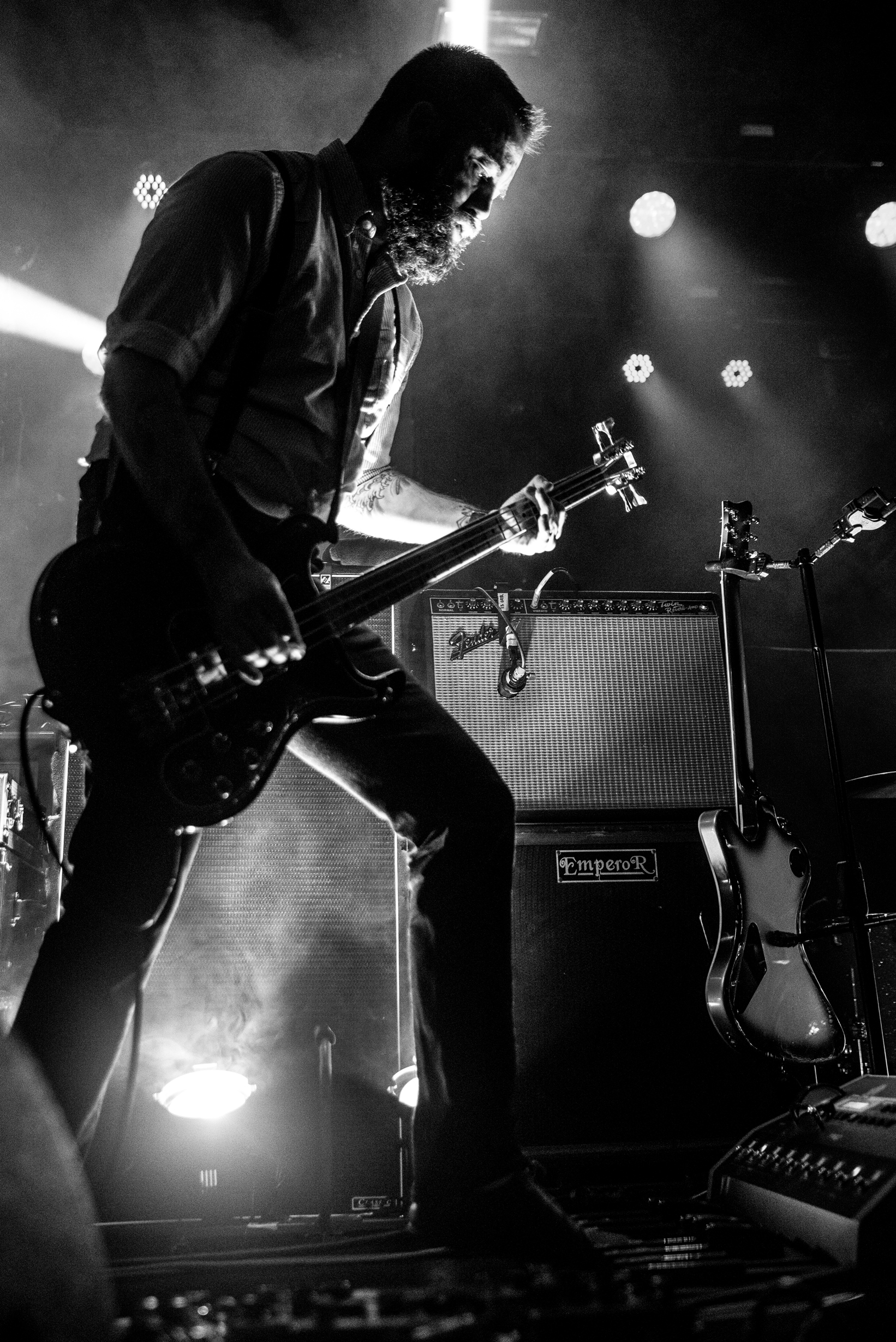 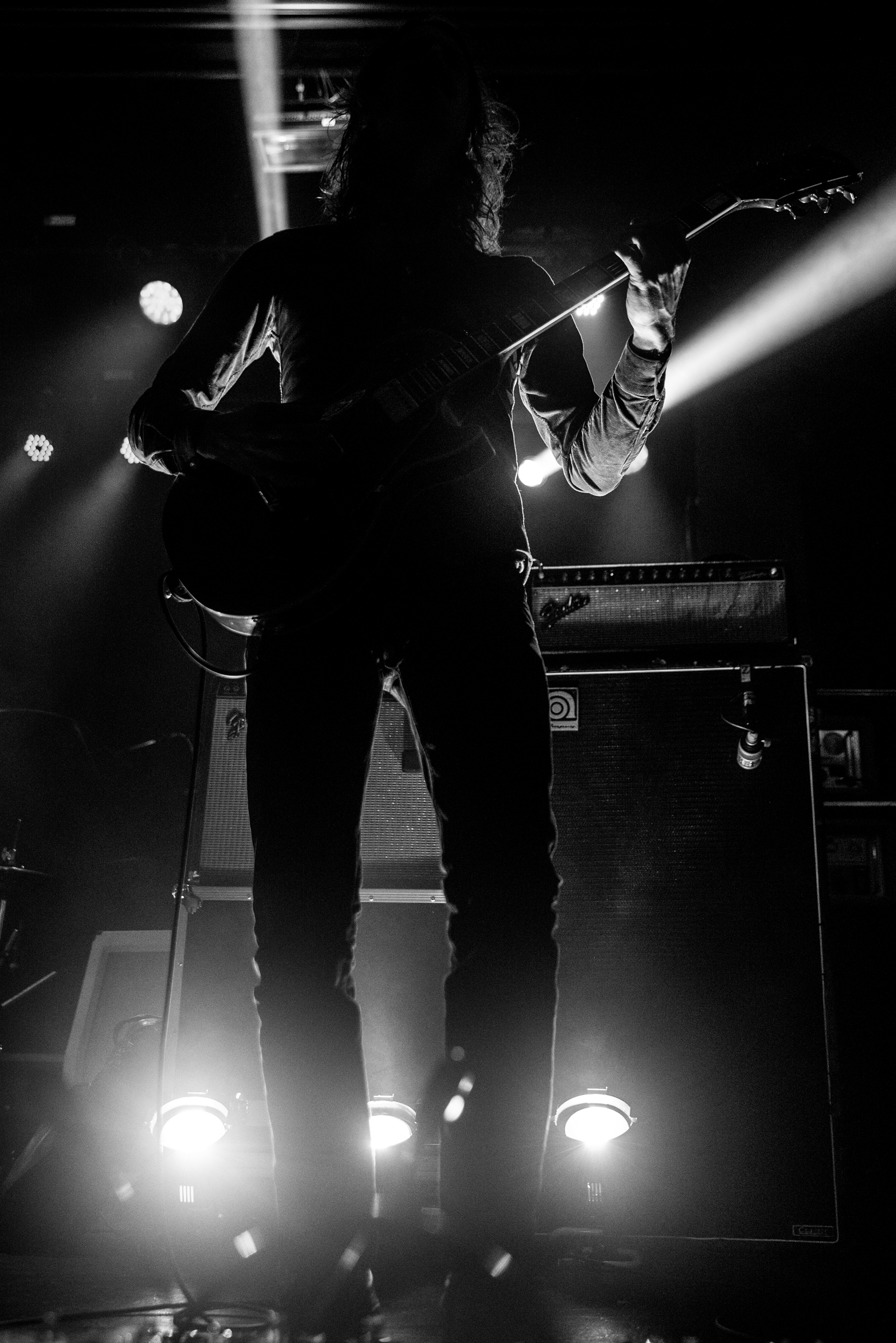 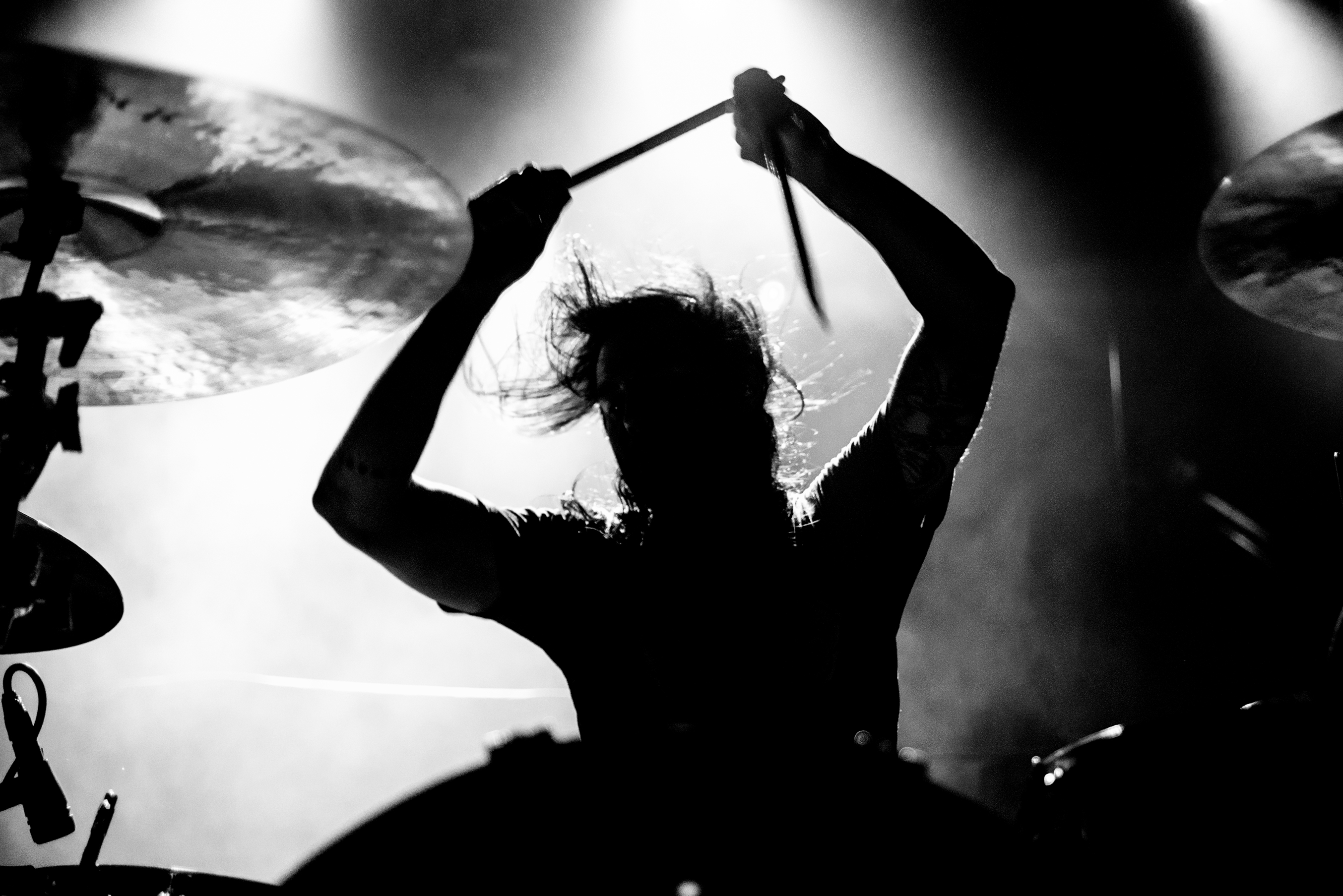 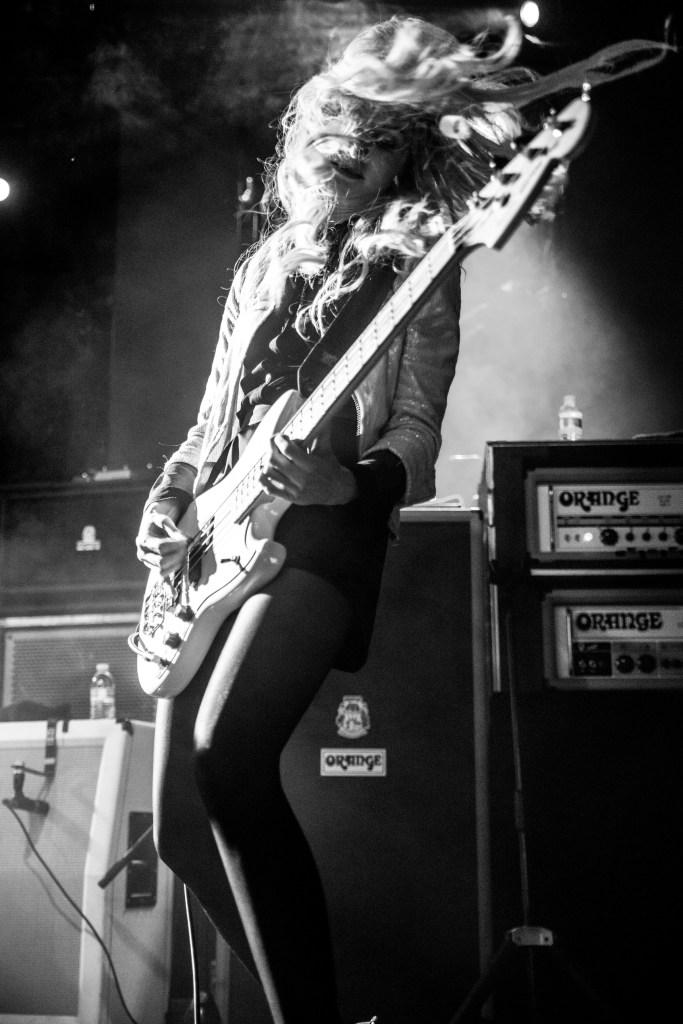 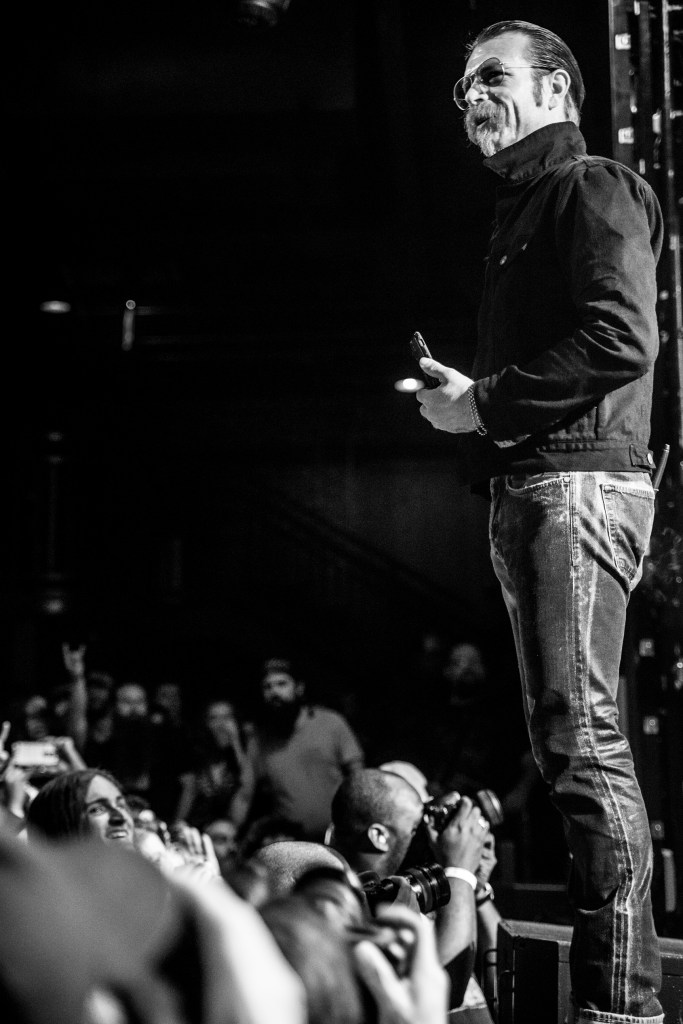 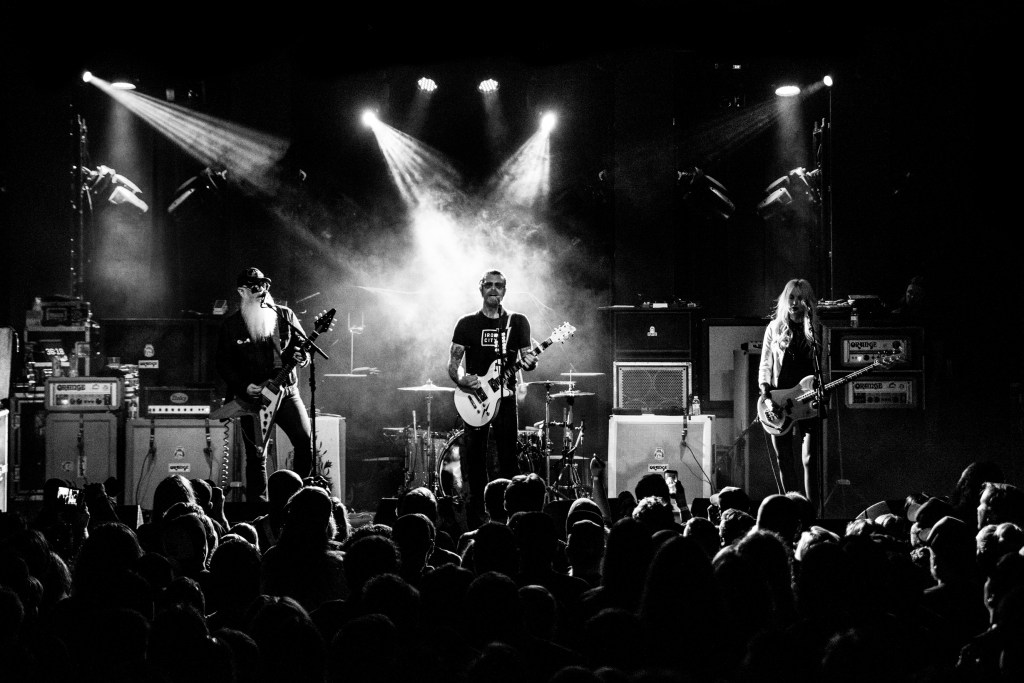 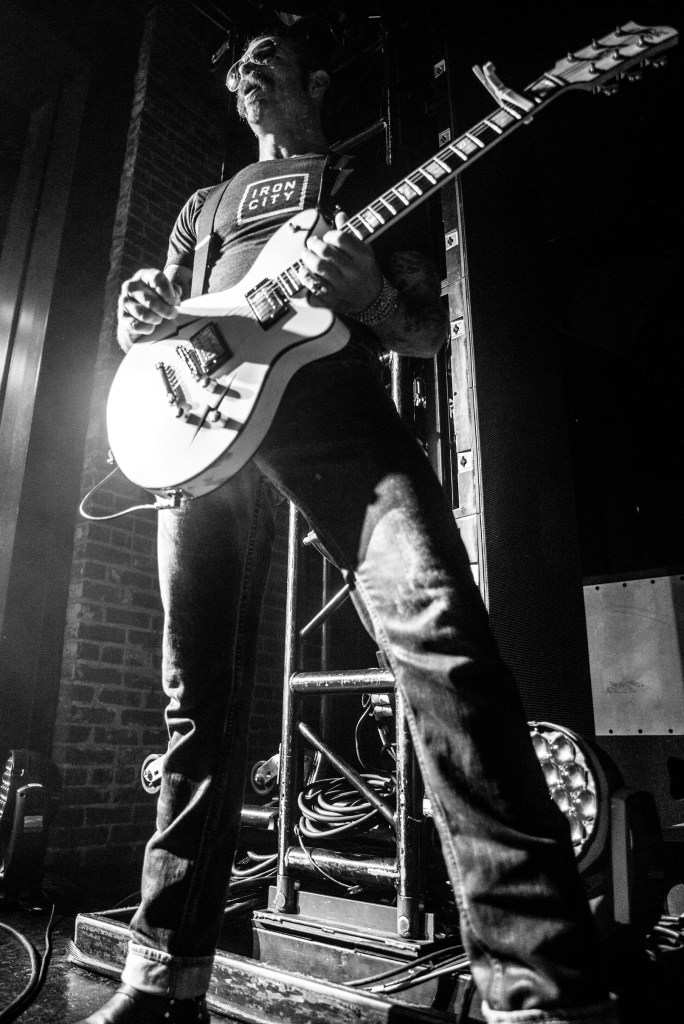 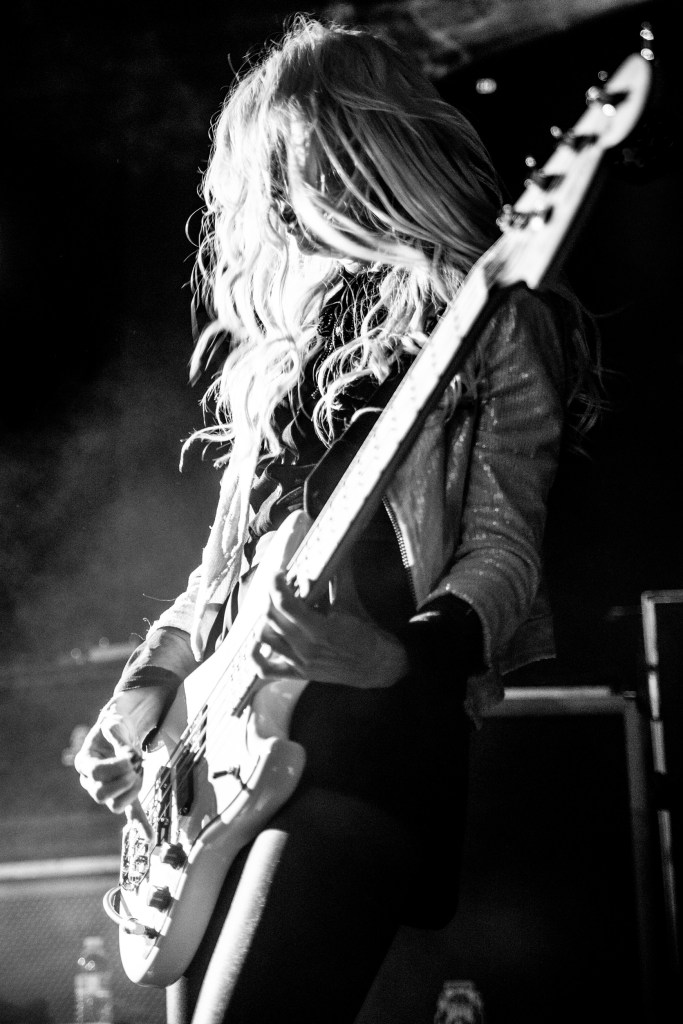 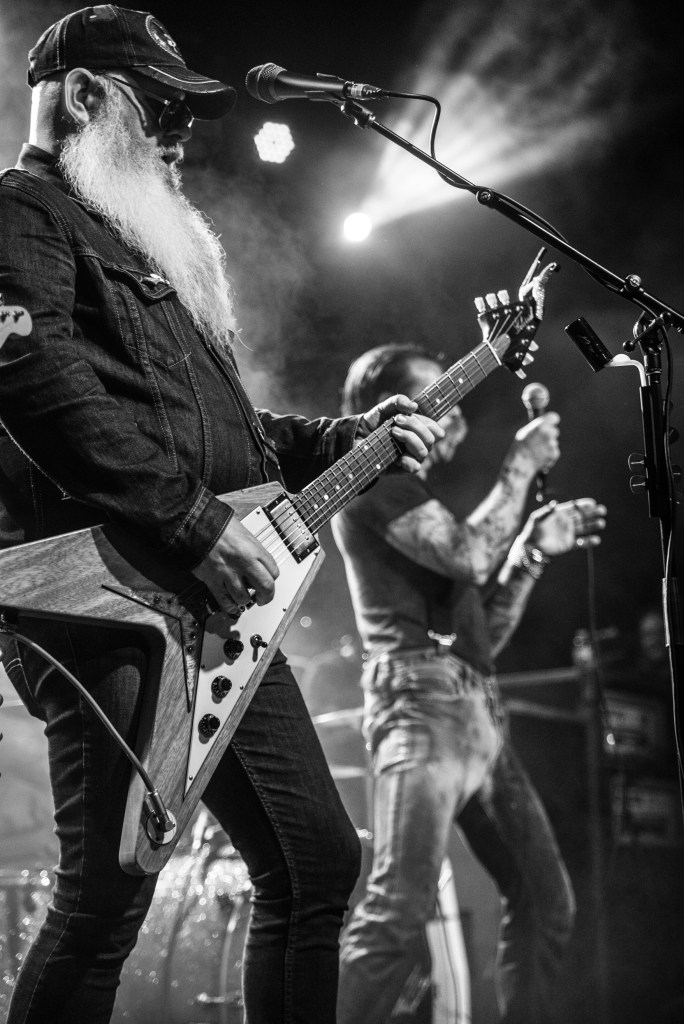 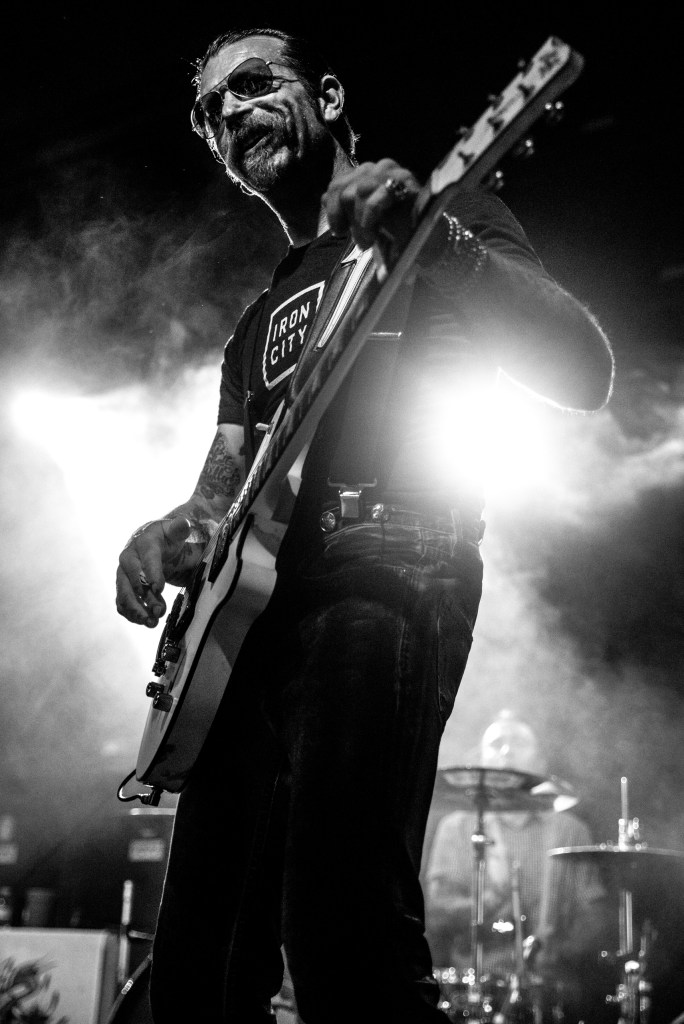 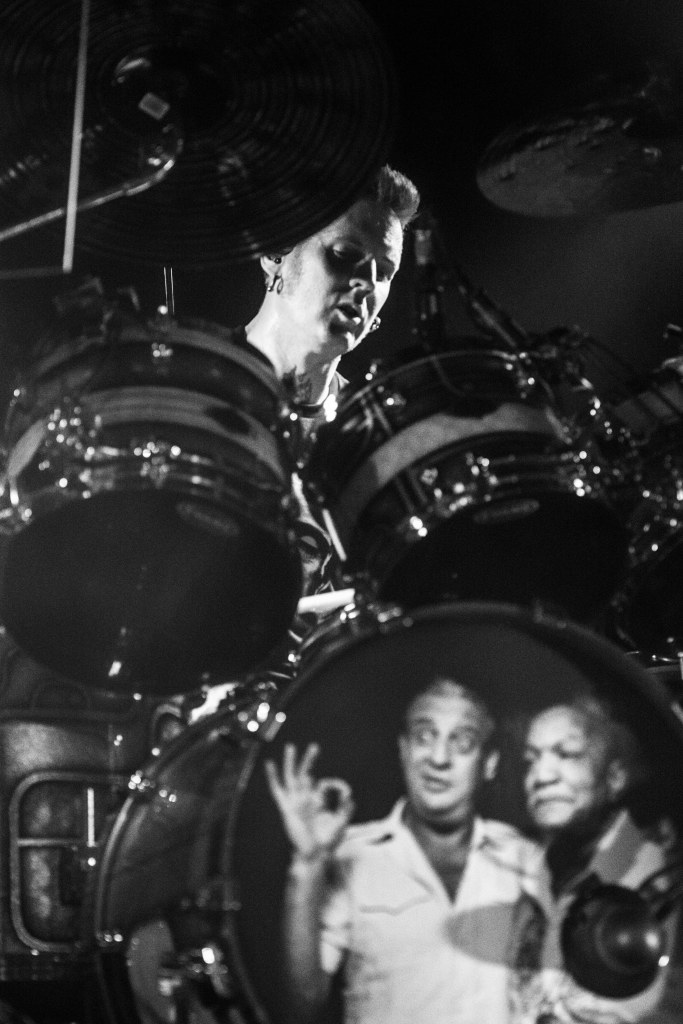 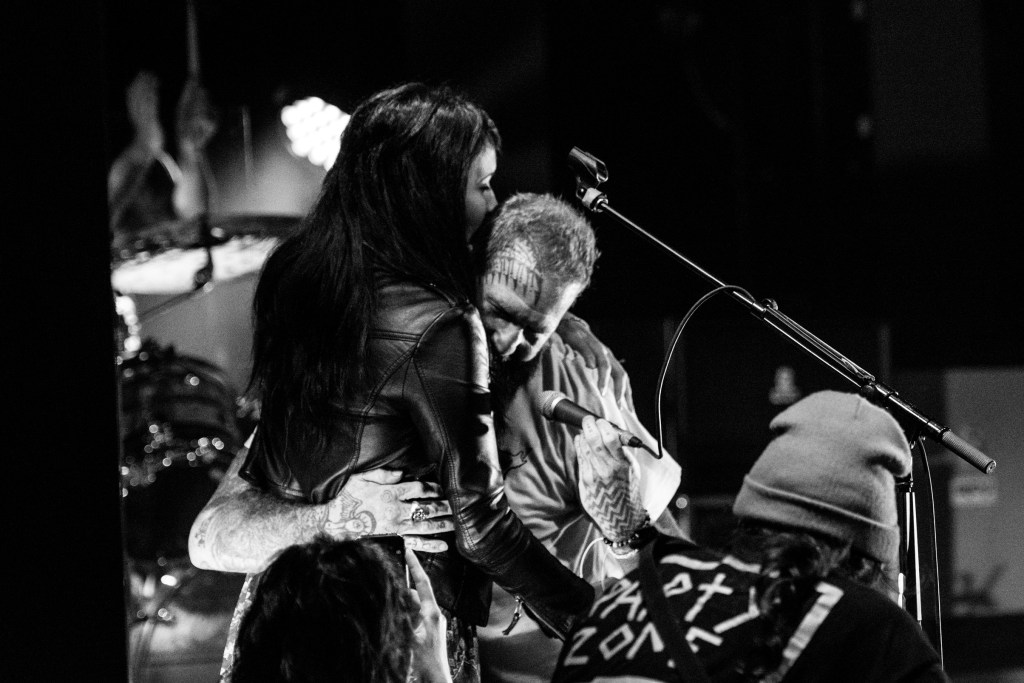 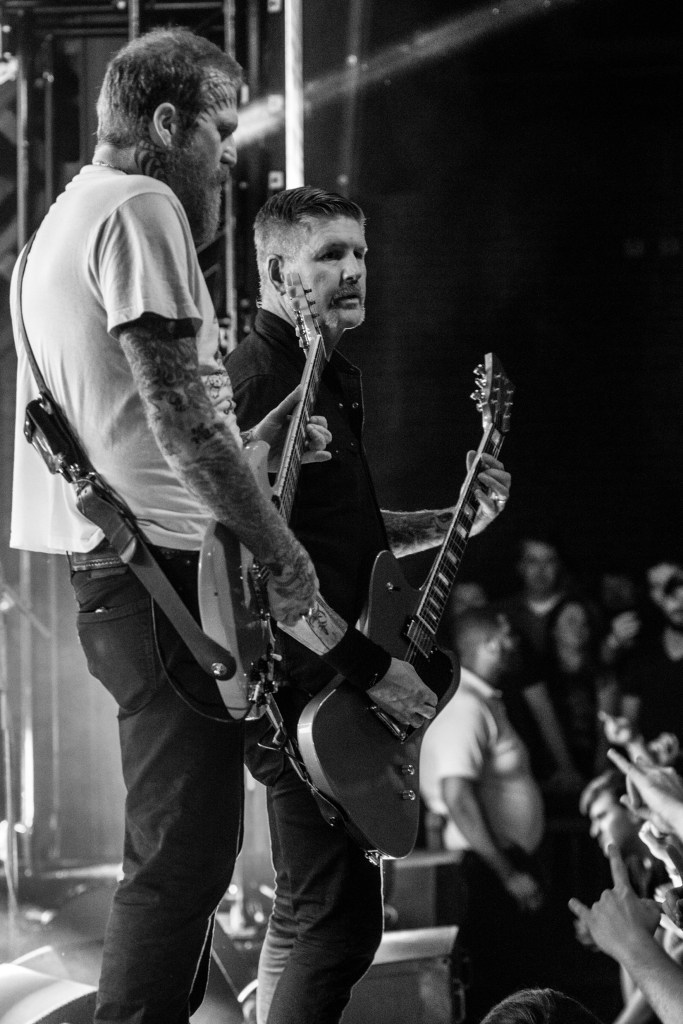 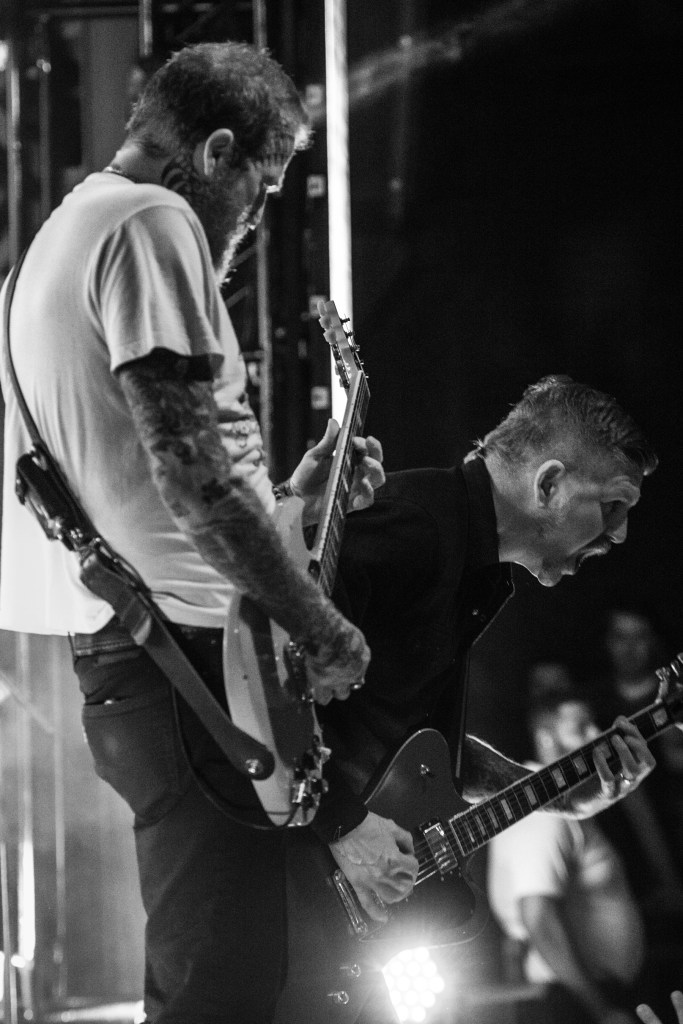 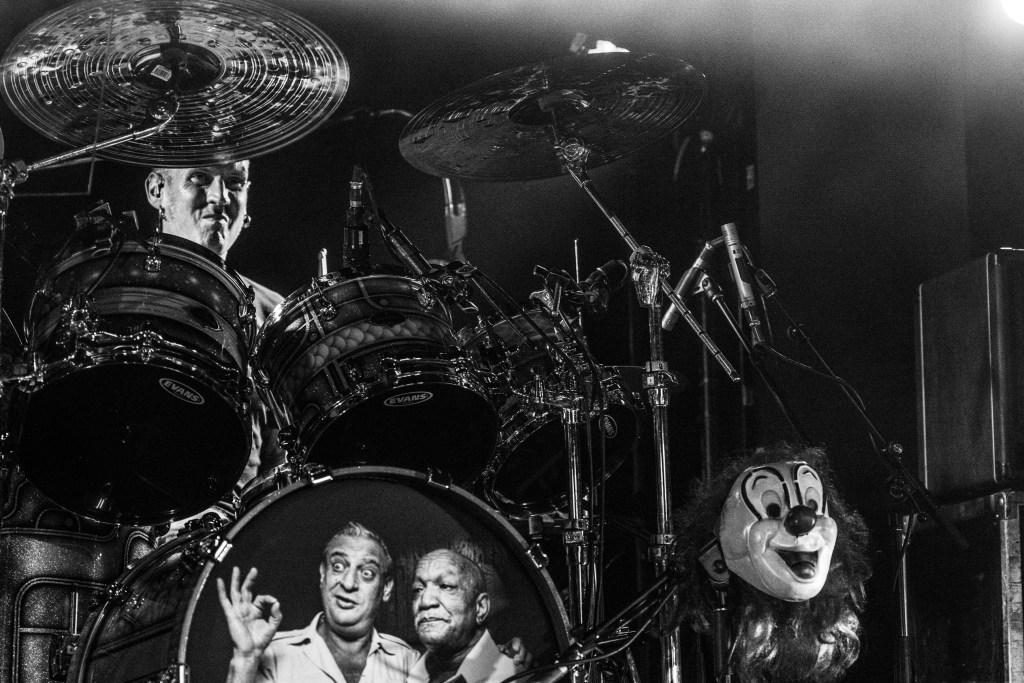 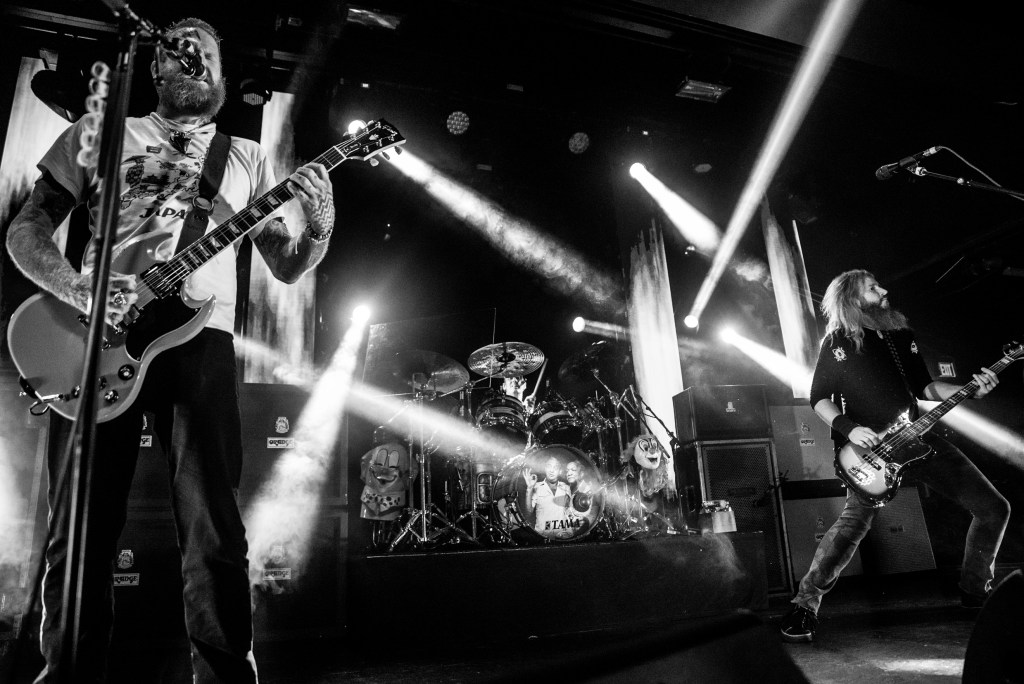 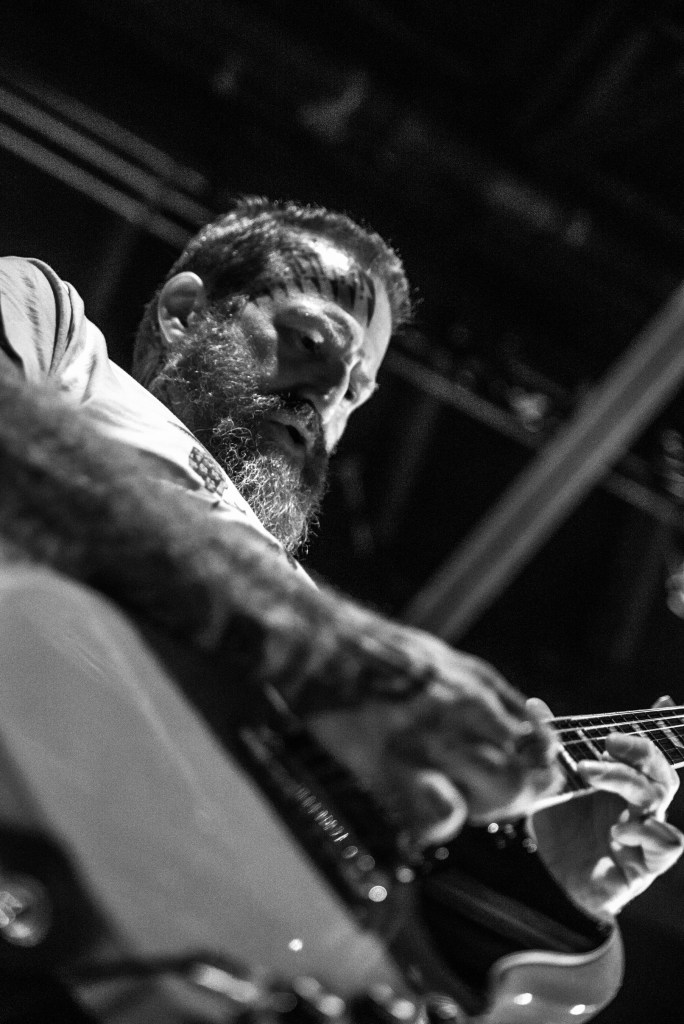 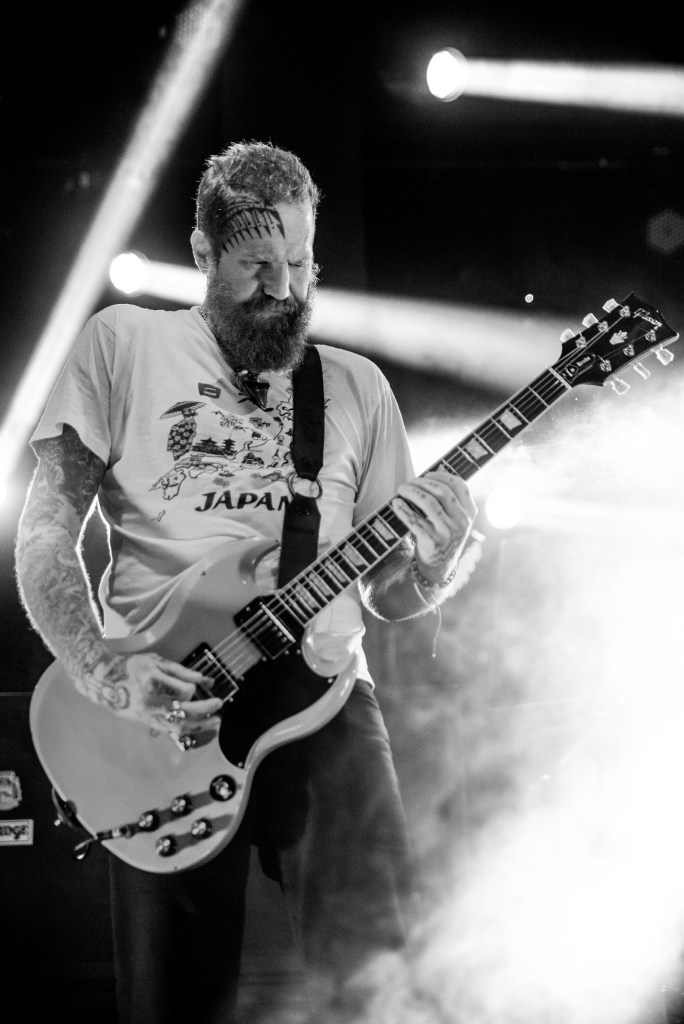 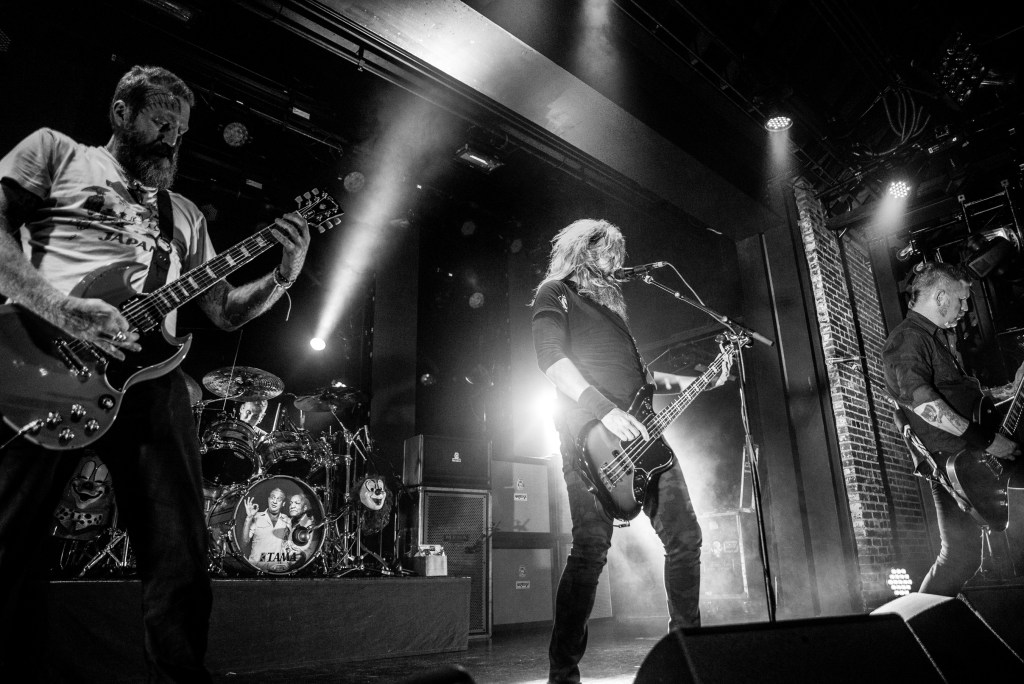 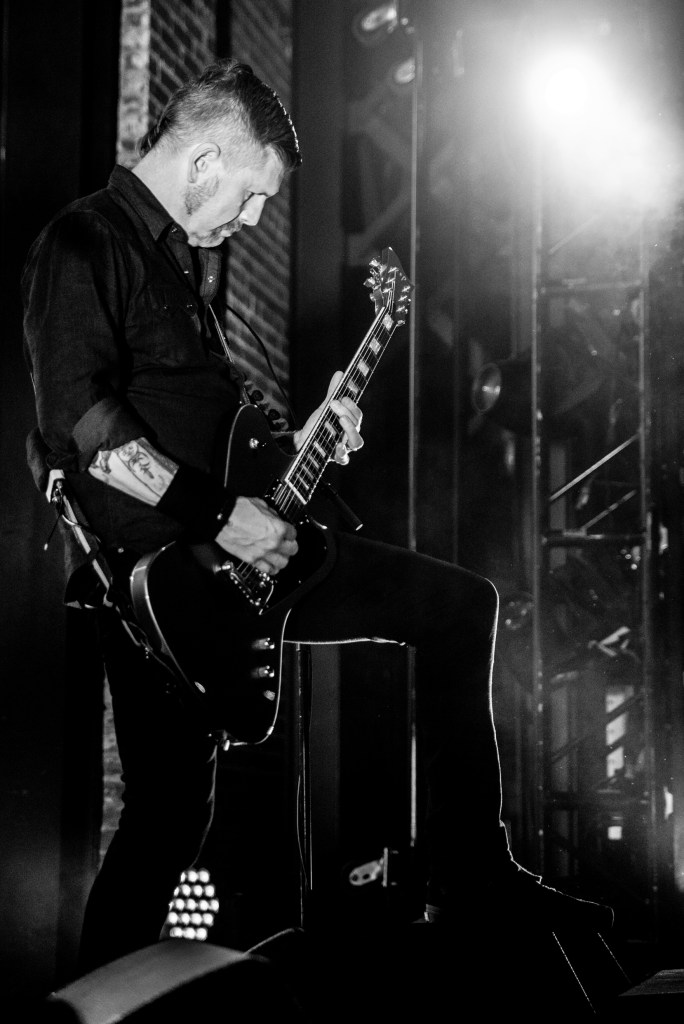 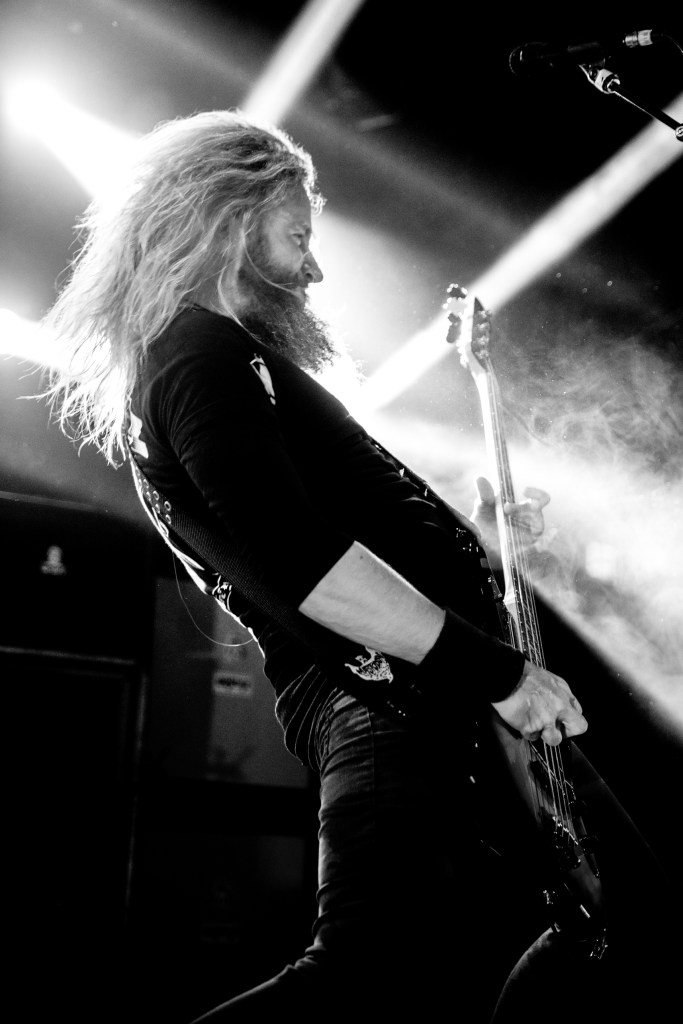 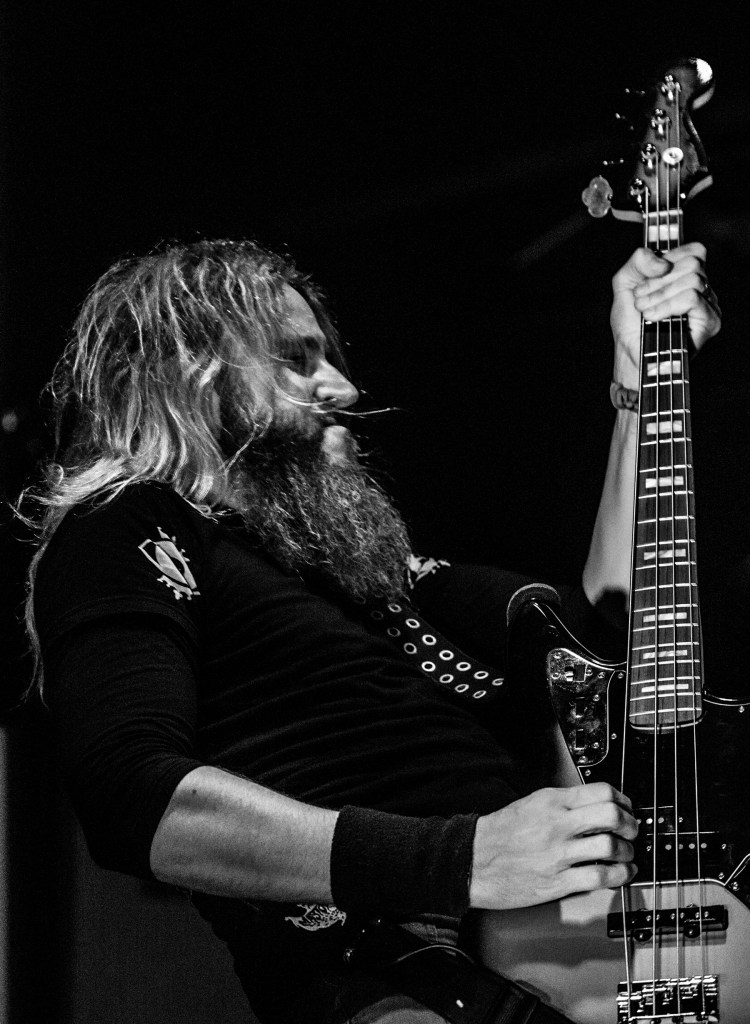 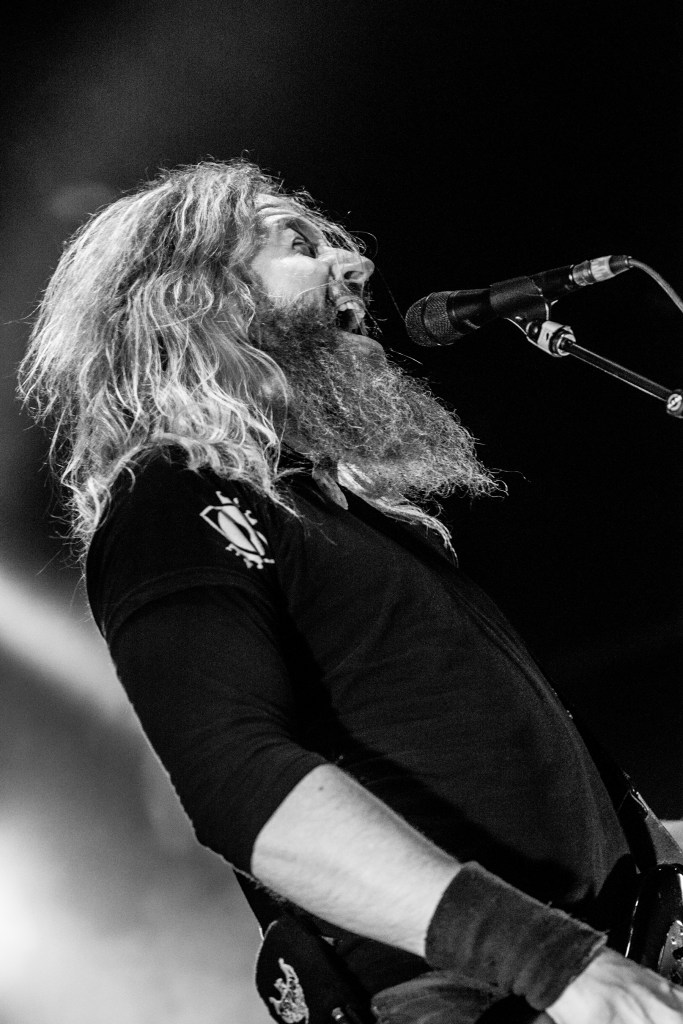