Though both Perturbator and GosT have pulled from the same sources in their course of their careers, their approaches show a notable contrast that makes for distinctive, though equally engrossing, enjoyment. GosT bounds onto stage with skull mask and larger than life persona attached, throwing mad scientist shapes and molesting monitors while delivering pulsing, stomach-churning beats that elicits the neon violence of first Terminator movie, Justice’s electrifying funk and John Milton’s seductive antihero worship. He continuously pulls between the eyes and the feet, urging the body into ecstatic paroxysms with slick ease while delivering spectacle that stays just on the right side of ridiculousness. While the woozy sway of “Arise” offers something for the lovers in attendance, a weirdly apt takedown of perma-permed anthem “Holding Out For A Hero” manages to unite bearded metallers and uber-styled hipsters in off-key karaoke delight.

If GosT packs the spectacle and OTT glee of Friday the 13th, then Perturbator is unmistakably the embodiment of Suspiria – no less violent but with a more stylish and contemplative flair to frame its body count. Perched behind a wooden barricade and backlit in every shade of neon pink known to science, it’s like every great movie club scene brought to life. It’s too easy to lose yourself in visions of a cybernetic Arnie stalking the room to the crackling pulse of “Disco Inferno” or an unfeasible body count rising as “She Is Young…” picks up in speed and violence, but even if nostalgia is pulling strongly in one direction, the energy and urgency that James Kent brings to the fore is equally strong. He is constantly moving, tweaking and directing the flow on the fly, and there is an uncanny intelligence at work that he can turn pop-culture recollections into something so vital and fresh. The ‘80s may be gone and buried, and that’s probably for the best, but it’s heartening to know that sweating to the oldies is no longer something to be ashamed of. 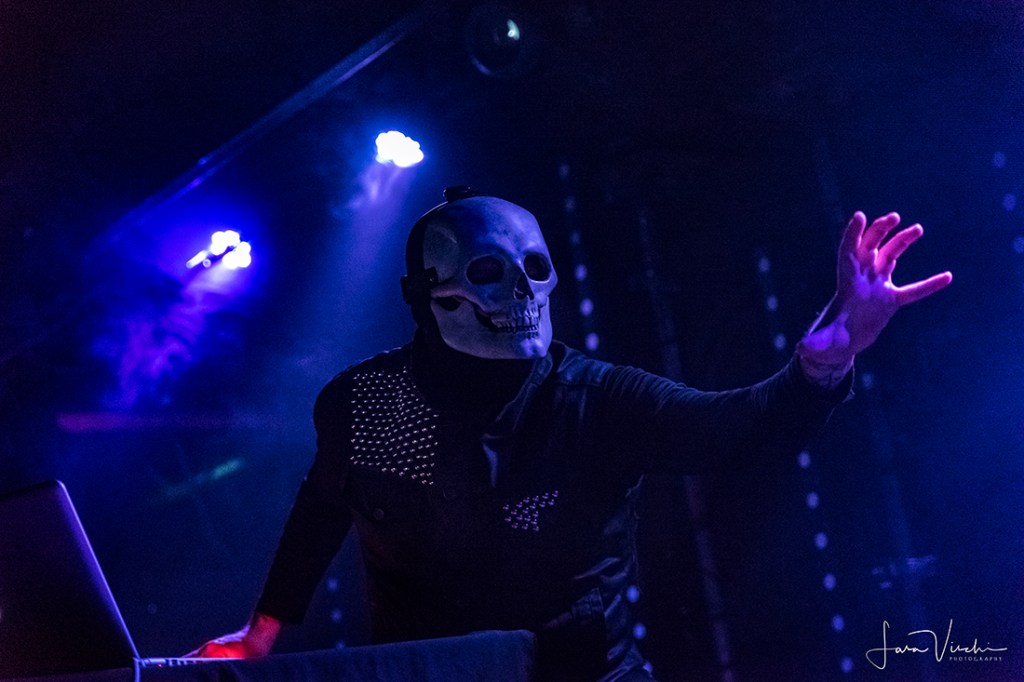 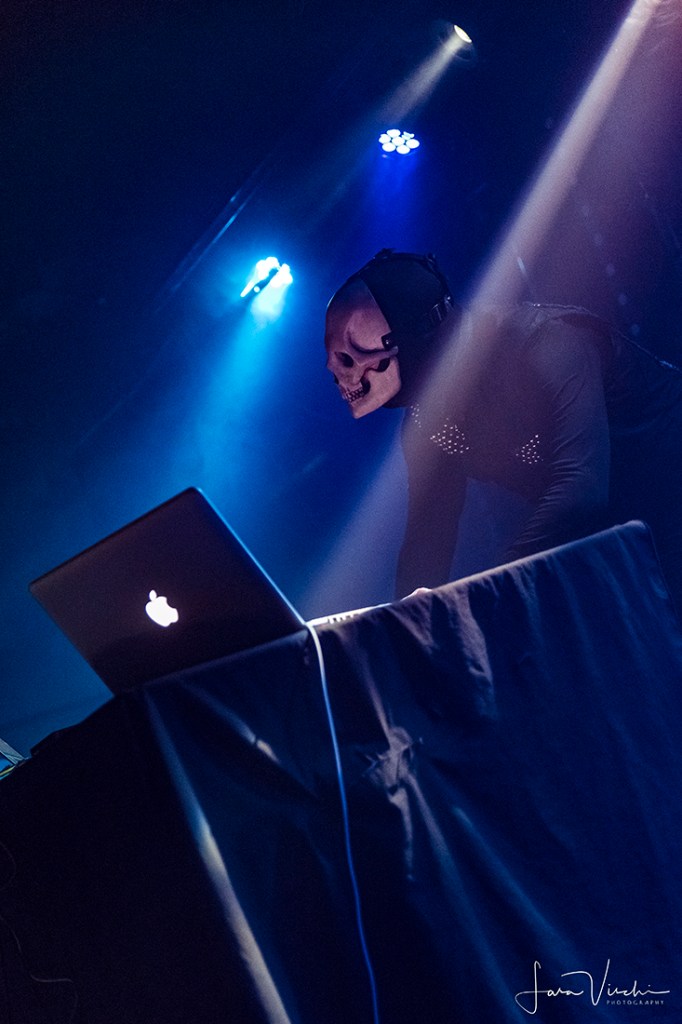 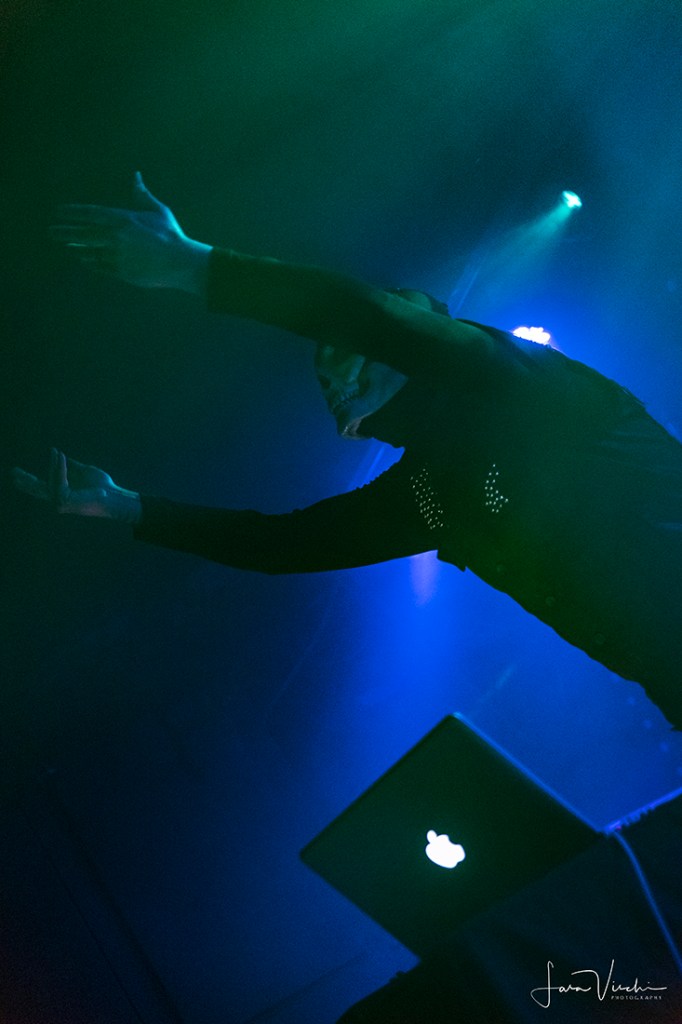 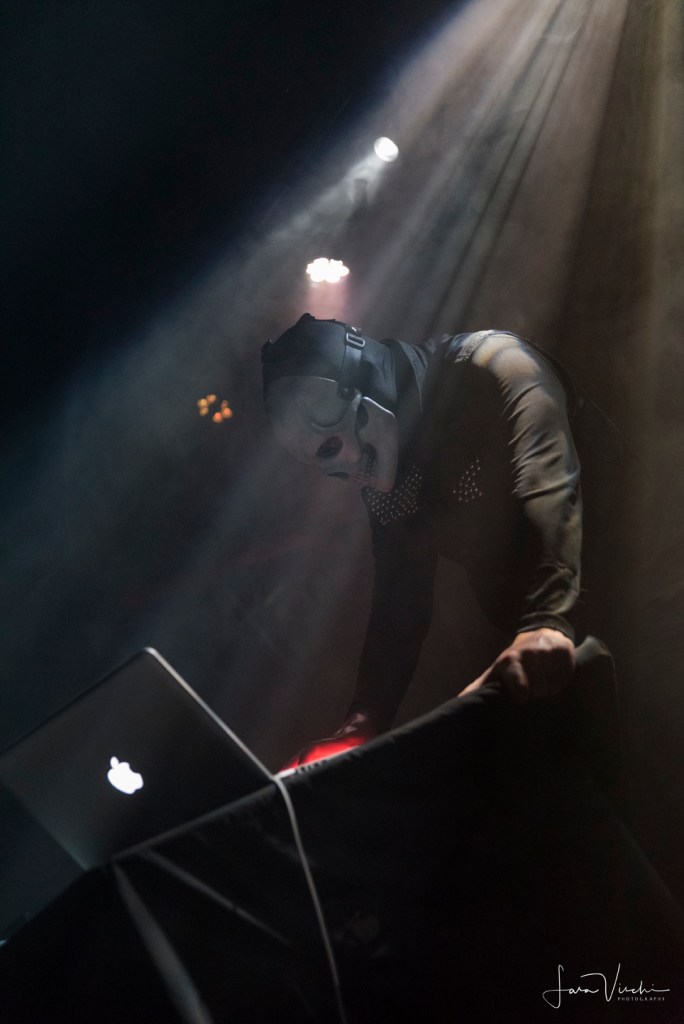 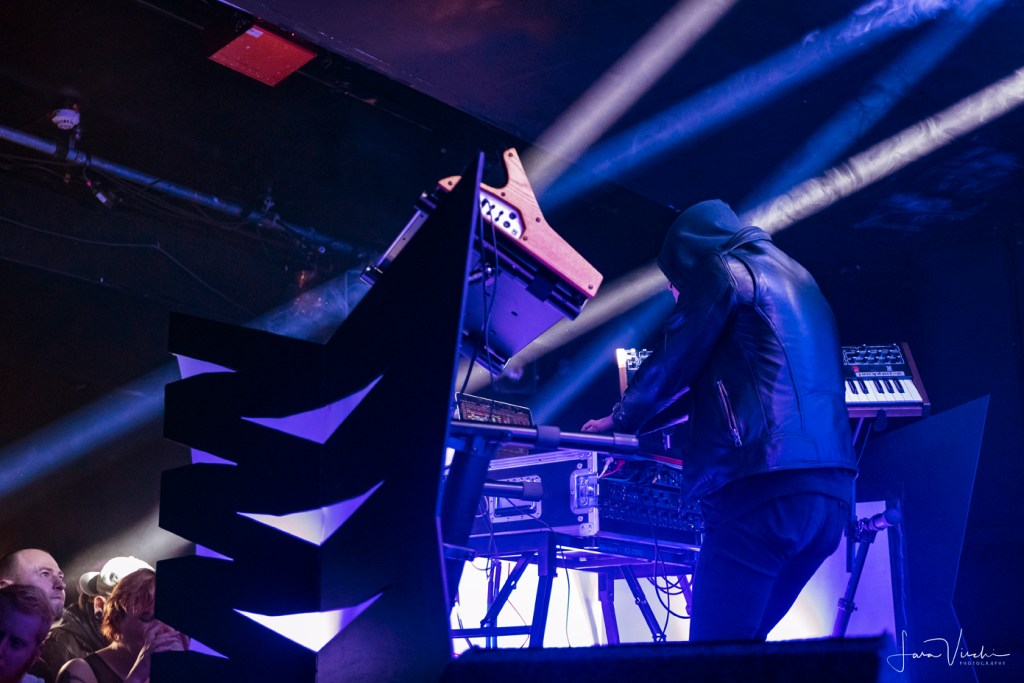 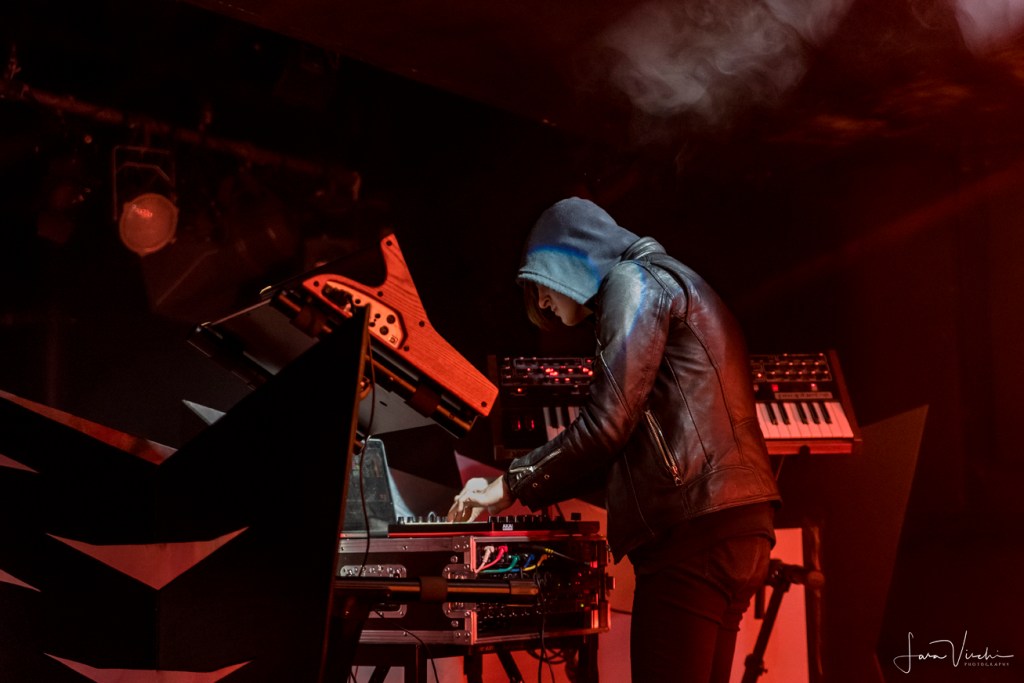 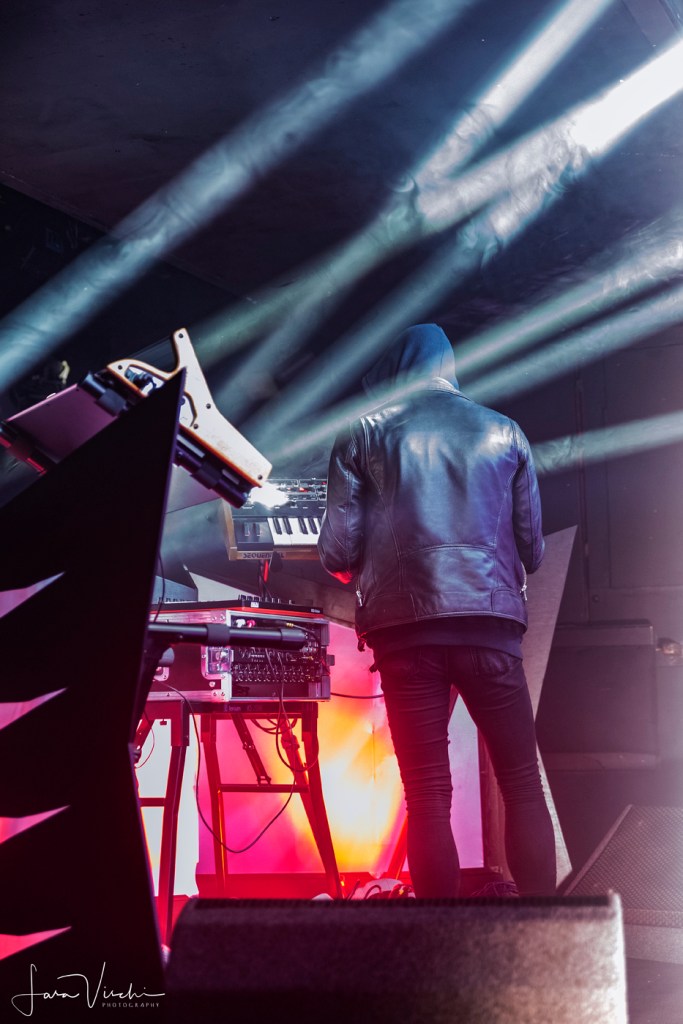 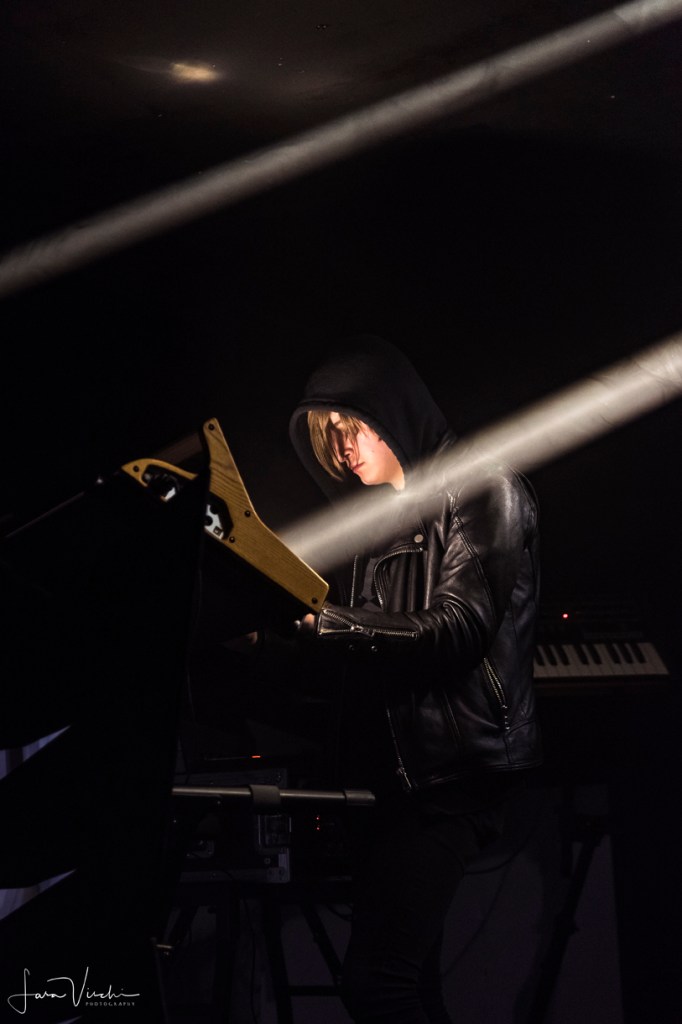 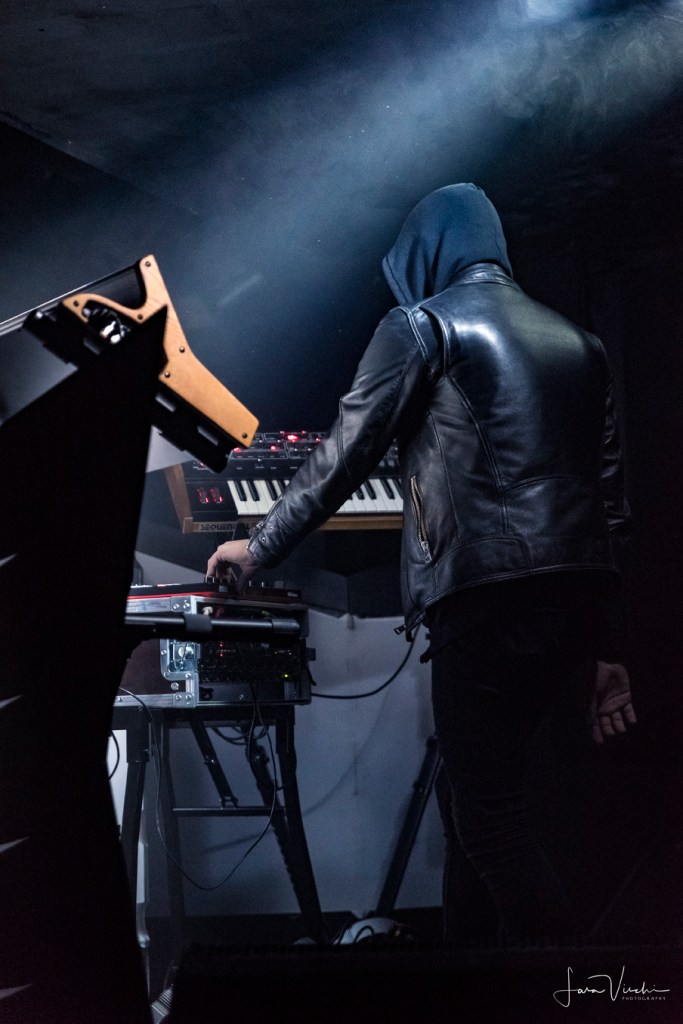 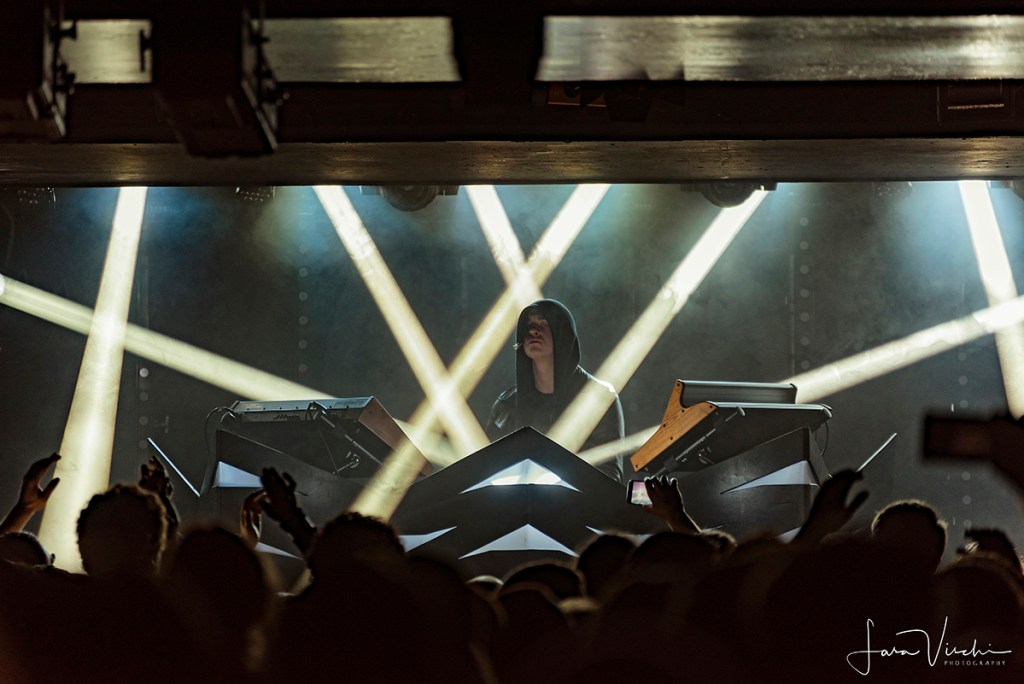 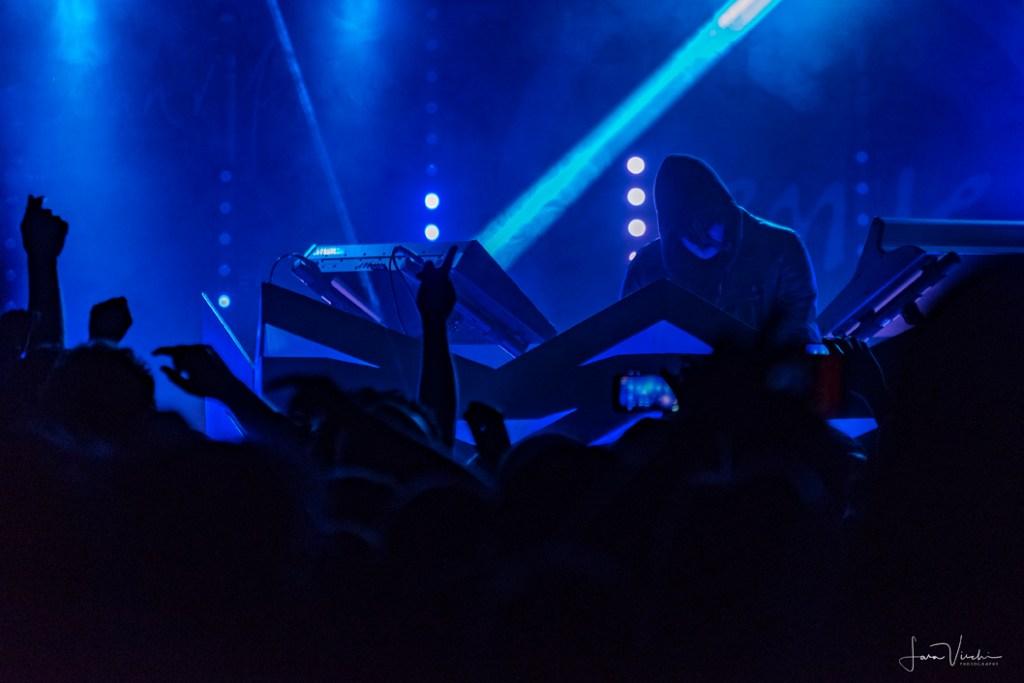 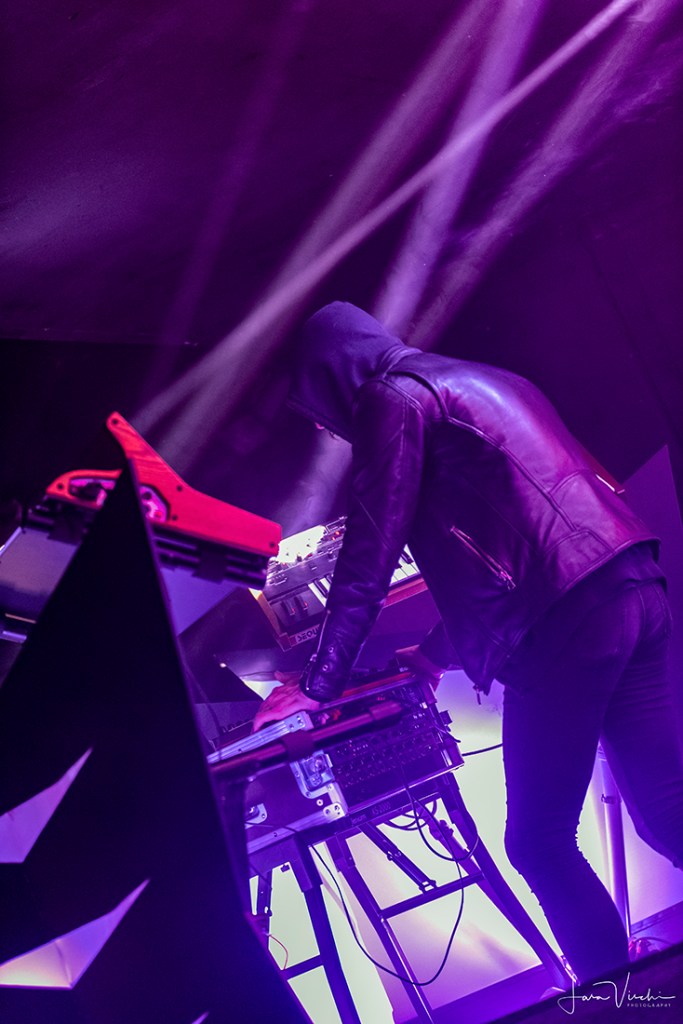