The Thermals need no such thing as an introduction. If this is the first time you hear about them, well, first you can dig their impressive discography and then go deeper into their latest new album, We Disappear, while reading our chat with the always great Hutch Harris.

We Disappear is The Thermals’ 7th album and I read that you said this is the band’s most mature record. Why’s that and what makes it different from your previous efforts?
As we mature, we can’t help but make more mature records. Every time we make a record we want to retain our own sound and original vision while at the same time growing and expanding. We feel like we did this well with We Disappear. It still sounds very much like us, but there’s a lot of ground here we haven’t covered before. This record is a lot darker and wider than our previous efforts.

You’ve been together for 14 years now and what an amazing career you have. How does it feel to look back to all those years as a band and as individuals?
It feels good! Honestly it doesn’t feel like 14 years, or 14 years doesn’t feel like such a long time. This band has already been successful beyond my wildest dreams, and it’s enabled us to do so many fun and exciting things and travel to so many places we otherwise wouldn’t have been able to.

How was it like to work for We Disappear and when did you start it?
The process was long, and slow, in a good way. We didn’t rush anything. A lot of the songs were written over the course of a few years, with no deadline. I think that helped us make a great record – we were never in a rush. The fact that all the songs were written at different times made the record incredibly varied in sound and tempo and texture.

I read that your favorite type of songs to write comes in the vein of The Ramones, Green Day, and Nirvana. How was the approach to write the tunes for this new album?
I think as you listen to the songs I write you’ll find it’s true. The Ramones, Green Day and Nirvana have all been a huge influence on us for our whole career. There are many different types of songs on We Disappear, but I still enjoy writing short, quick, catchy songs like “Thinking of You”. I wrote songs for this record like I always write: I sit down with a guitar and see what comes out. I play till I hear something I like, then I run with it.

We Disappear was inspired on breakups, love, death, and nowadays technology. Can you enlighten us about those subjects and in which way it had a big impact on this record?
Love and death are always strong themes for us. They are something all of us have in common. It is inevitable that we will love one or many people throughout the course of our lives, and it is inevitable that we will all die. We disappear from each other, and eventually from this earth. Every day we use technology to try and delay that truth, or to leave something that will outlive us.

“The Great Dying” (which has the expression ‘we disappear’ on the lyrics) and “Into the Code” sort of express how things like the Internet can be something terrifying. What are your thoughts about that?
The Internet is definitely terrifying. My angle is I am heavily addicted to the Internet, and all of the various devices that lead me to it. I know it’s not healthy, but I can’t stop myself, and I don’t want to.

“My Heart Went Cold” is such an intense and heartbreaking song. What does this song mean to you?
“My Heart Went Cold” is really about taking the blame for what went wrong in a love relationship, which should be easy for me, since I’ve made so many mistakes in every relationship I’ve been in. Whereas Personal Life [2010’s LP] took a very cold and cynical stance at love, We Disappear takes a more melancholy, but still realistic look at how and why relationships fail. 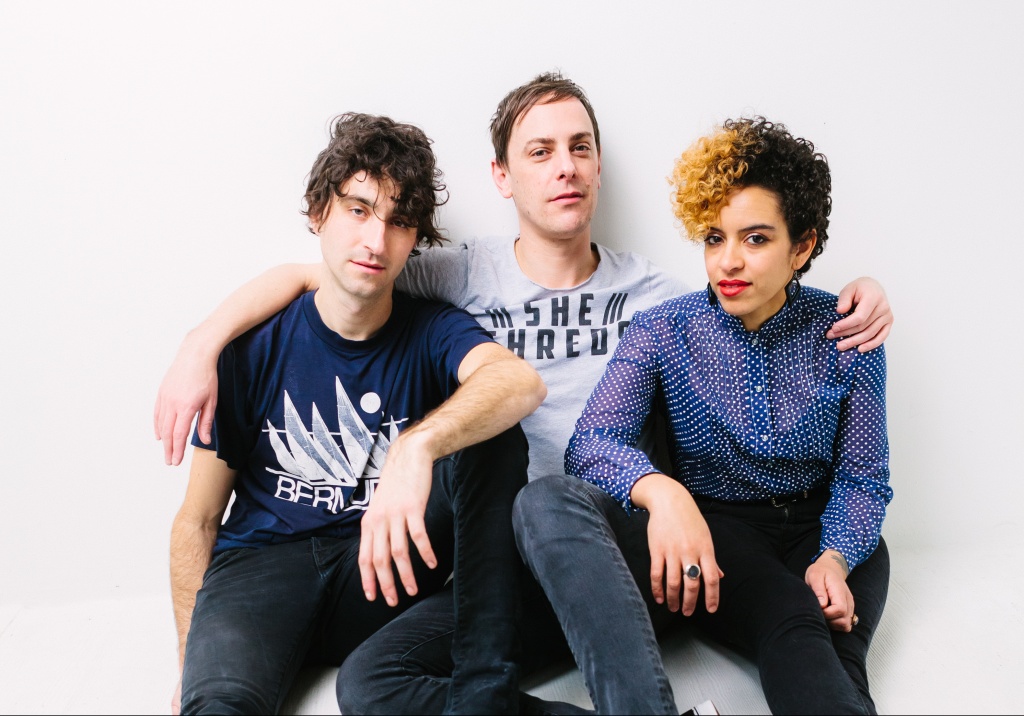 “Every time we make a record we want to retain our own sound and original vision while at the same time growing and expanding.”

The album’s closer, “Years In A Day,” is such a slow and kind of dark song. Anyone could possibly get lost in such involved song. What inspired you for this one?
Most of the songs on We Disappear are true stories, “Years In a Day” being one of them. The song is about how you can just wake up one morning and realize that’s so much time has gone by, that you’ve lost or wasted so much time, that you’re so far from the mistakes you’ve made, and yet still paying the price for those mistakes.

Chris Walla of Death Cab For Cutie produced the new album, in Portland and Seattle. What can you tell us about the whole recording process?
We love Chris, this is the fourth record we’ve worked on with him. This record was a new experience with Chris, as in the past most of the tracking we did with him was live with minimal overdubs. For We Disappear we really got into layering a lot of tracks and crazy noises and sounds. Chris was able to really produce this record, as opposed to just capturing us playing our songs.

During the break between albums, you worked on two Amazon TV pilots. Unfortunately, they weren’t picked up, but how was the experience to work on that and are you currently working on new stuff regarding TV shows?
I really enjoyed working on both shows, I was mostly just writing songs which is one of my favorite things to do anyway. I wasn’t too disappointed when they didn’t go to series, because I got busy again working on We Disappear, and I do feel and hope that I’ll work with Amazon Studios again in the future.

In the Dope movie, the favorite band of the main characters is The Thermals, which was such an awesome input in the plot. Were you aware of that? Have you seen the movie?
It was awesome! We weren’t aware of it when they were shooting the movie, but people told us about it when it came out (and keep telling us all the time now that it’s on Netflix). We’ve seen it of course, we loved it!

What records or bands are you into lately?
Most of my favorite bands these days are from Portland (Summer Cannibals, The Ghost Ease), Seattle (Chastity Belt, The Wimps) or LA (Colleen Green).