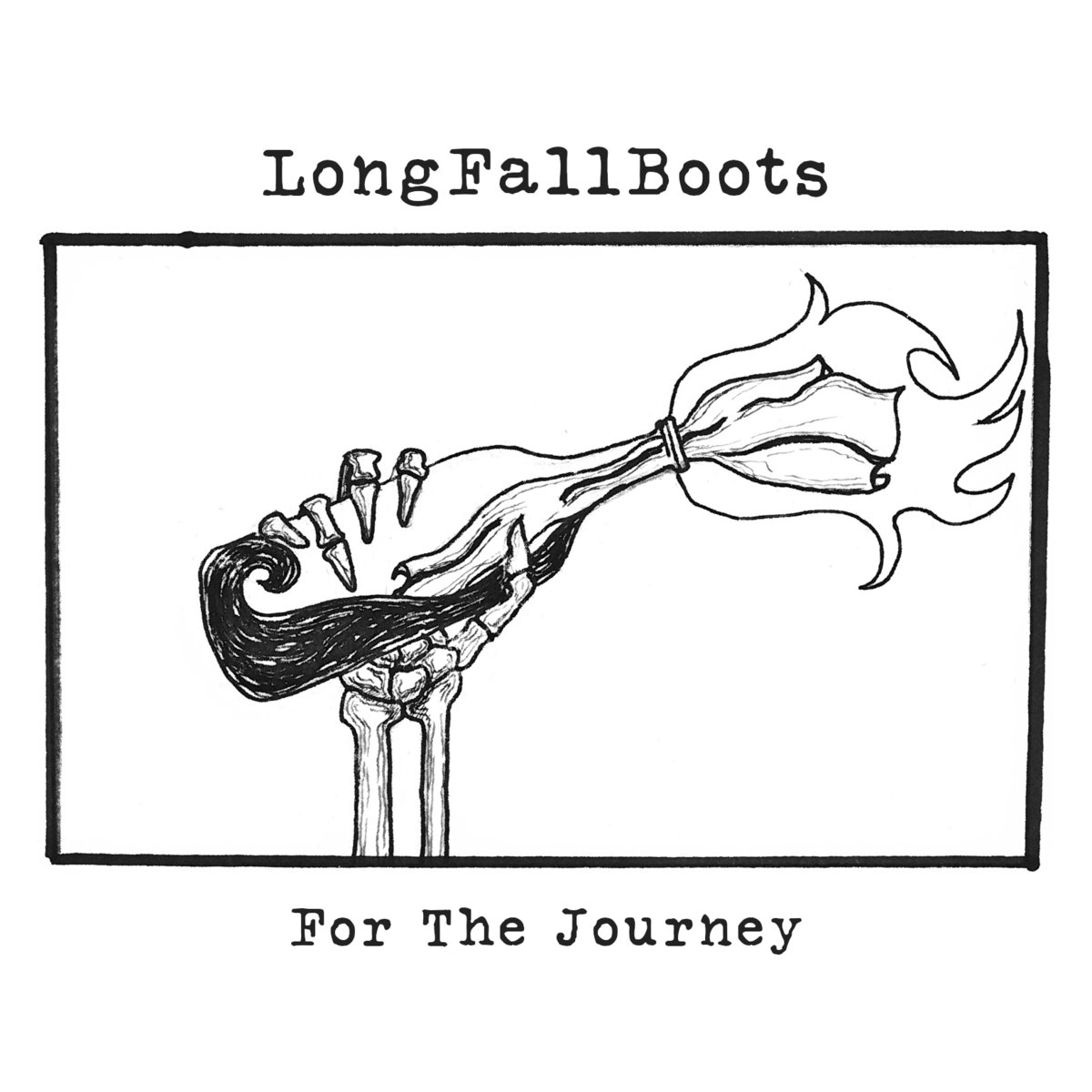 It’s really quite an amazing story when you look at it. A band that exists entirely from the chance absense of a single member of another band, a single evenings jam as a two piece and a resulting EP that was written, recorded and released within 24 hours. Alex Calvert-Caithness and Ben Holdstock – LongFallBoots’ stalwart OG members – have managed to take a single evenings jam as a forced duo and turn it into a full fledged, two album, seven EP releasing live prospect that shows no signs of rust or wear and tear and instead has leapt from one amazing release to the next with renewed and vibrant hunger.

For The Journey, the bands second full length release, is a bona fide masterpiece of creativity, balls/guts/brain and has an angry immediacy that gets under your skin and makes you feel like a full fledged acolyte to their fuzzed up, aggressive rock overtures. Employing layered multiple harmonies with barked guttural scream and clean, ambitiously executed vocals is a trademark for the band – on FTJ they have taken it to a new level that elevates every song to a new pantheon of existence.

Settled into their four piece live guise on record now, the band are a multi headed leviathan that can spin from soothing gentle intro into full blown sonic nightmarescape with nothing more than a cowbell and a scream. Tracks like “No Rest No Mercy” are schizophrenic bursts of hardcore, alternative rock and jazz, “Devolver” is a space opera that has fuzzed out psychedelic-rock anger issues and jumps from mood to mood crescendoing into a heady mix of optimism and hatred that leaves you confused and torn between the warring dichotomies.

Stand out tracks “Take It Back”, “Nihilust” and first single “Powah” are a 1-2-3 punch combo that follow each other and are rooted deeply in the centre of the album – soothing, inviting and hiding the vicious bite that this band seem effortlessly able to release at a moments notice. All in all this is an album from a band who are nowhere near their peak yet, but seem bloodily intent on being several hundred feet above everyone else in the field, so they have room to breath and allow their musical soup to settle and stew.

Inventive, scarily efficient, prolific and hungry… believe me when I say, you may well meet your new favourite band with this album. And if you enjoy, god I am so jealous of you if this is the first thing you hear from LongFallBoots and you have the opportunity to discover all their previous releases for the first time… so jealous. Simply put, they are Just deliriously good.