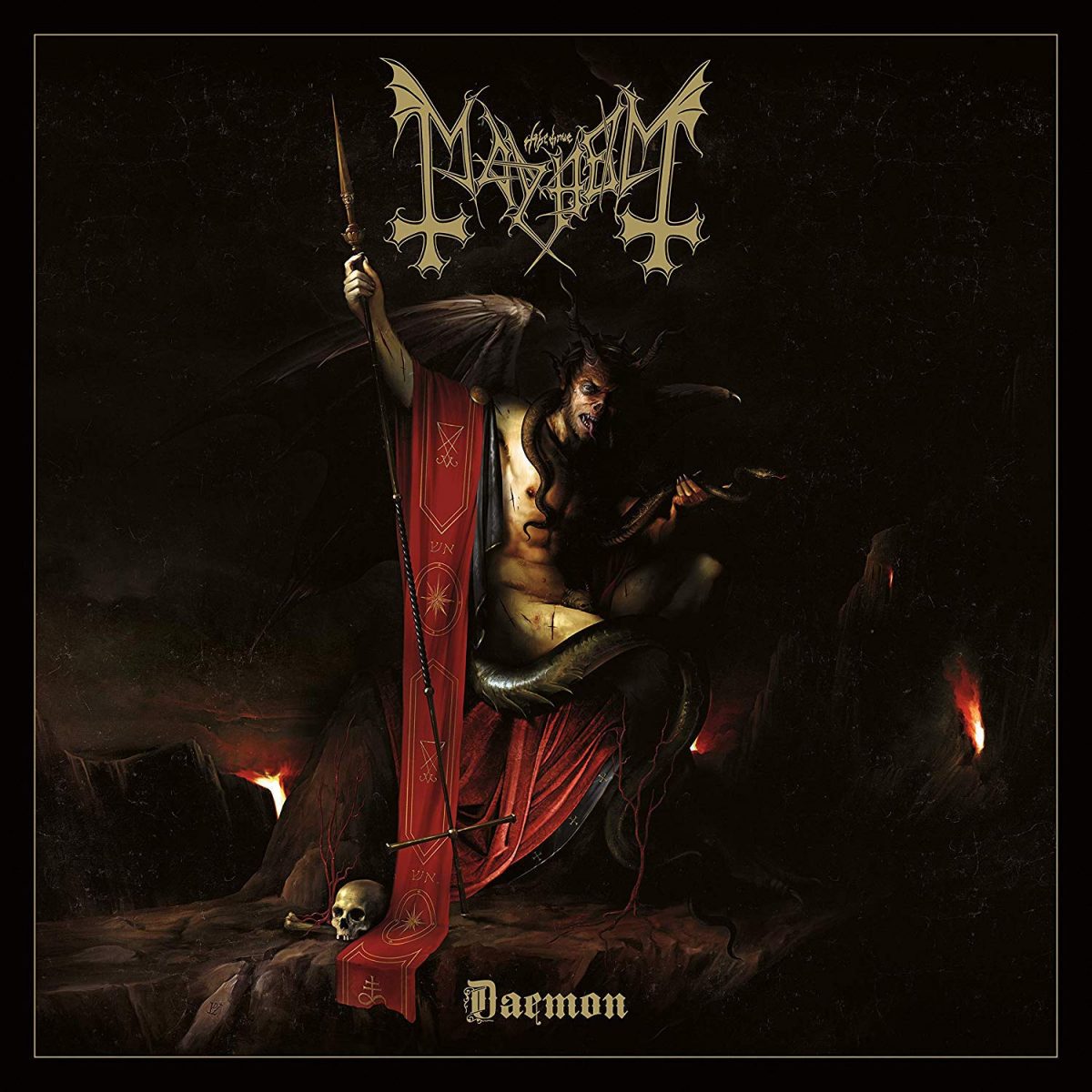 While it’s unfortunate that the media’s love of Mayhem has always been rooted more in its salacious past than in their diverse output, for once the grim nostalgia has paid off dividends. Daemon is a defiant reclamation of the spirit of De Mysteriis Don Sathanas, a fluid and frequently suffocating barrage of riffs and fragmentary atmospherics that coil and intertwine around Attila Csihar’s imposing theatrics. Despite it possessing an air of claustrophobia that causes its standout cuts to suck the air from any room, it relishes the abundance of space it takes up. Hellhammer has dialled back hisusually clinical speed and opted for an intuitively bestial approach, putting him more closely in tune with the occultish moans and shrieks of Csihar, while Ghul and teloch play off each other’s strengths with combative unease, the push-and-pull between odd structures and old-school melodics resulting in moments of immediate charm like “Bad Blood” and tail-end highlight “Of Worms and Ruins”.

Daemon never strives to reinvent the wheel but neither does it completely abandon Mayhem’s experimental legacy. Instead, it’s a fresh uptake of an old spirit, the soul of Belial given fresh voice, and it’s hard to imagine anyone with the slightest love for these giants to come away feeling anything but elated at the results.