Multi-instrumentalist and producer Midwife (aka Madeline Johnston) has announced the release of her new album, Luminol, out on July 16th via The Flenser.

Almost exactly one year to the date of Midwife’s ultimately postponed performance at Roadburn, Luminol’s first single “Christina’s World” premiered over the weekend as part of Roadburn Redux programming. Today, she has shared the Alana Wool-directed video for all to see.

Listen to “Christina’s World” and watch the video for it below:

When 2020 began, Johnston had several national and international tours planned (including a highly anticipated set at the year’s Roadburn Festival) to promote her album released just prior, the critically-acclaimed Forever. Unfortunately, the pandemic rescheduled everything and Madeline shifted her focus back to recording and back to her internal landscape. Luminol was written and produced during this time, and the album features 6 new songs which explore dark subject matter in her trademark dark yet crystalline manner.

The Luminol album cover shows a dark figure standing at the edge of a body of water. It symbolizes the way humanity had been on a precipice throughout 2020, to later find out they had been there all along. Being one of Midwife’s most personal records, Luminol‘s cover artwork is a picture of Madeline Johnston’s mother taken in the 1980’s, when she was the same age as Madeline at the time of the album’s recording. By redacting the figure, Johnston hopes that anyone could see themselves there, by the water, as a form leftover when all the elements of their lives are stripped away and what is left is a host. 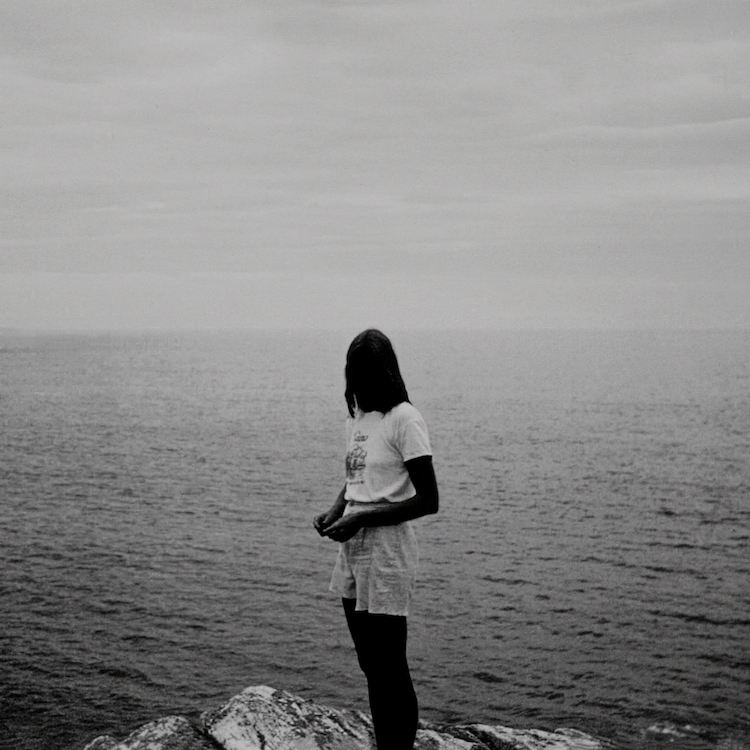