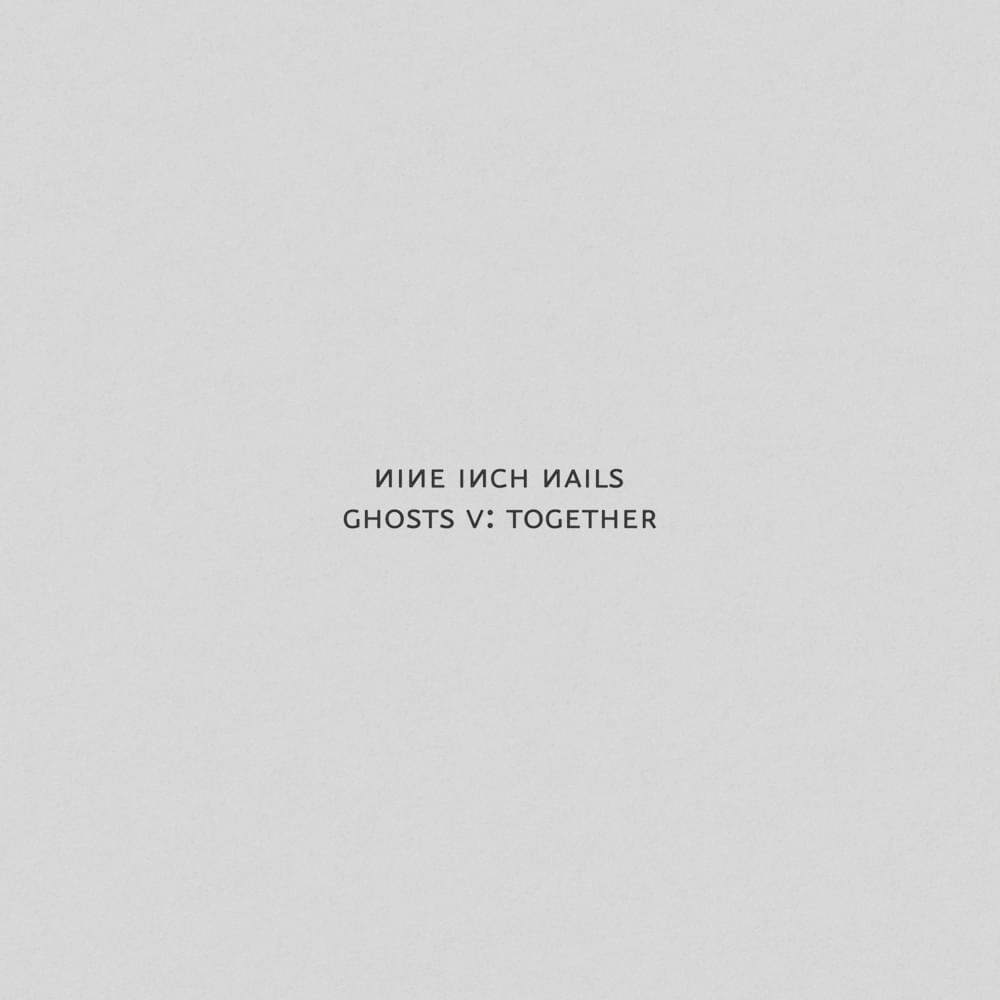 Trent Reznor, among his many talents, has a knack for making music that is at once entirely experimental and poking and prodding on some new idea or innovation he has become obsessed with – and also – so familiar and comforting a sound now, that he has really become his own genre of music. You recognise a Reznor creation within seconds of a track starting. Whether he has his brilliant, smoky, weighty vocal on it or it is an instrumental. Reznor has found a sound, and that sound is familiar but always pushing envelopes and always looking forward.

With the Ghosts series then, he has opened a new pocket universe within the NIN pantheon to allow his more traditional composed tracks breath, mature and blossom. Ghosts V is no exception to this style of song writing. For the most part completely instrumental – the album occasionally pulls tricks and illusions with synths and frequencies to have you imagining chorus lines that are not there, and verses which never will be real. He has created something truly hypnotic, haunting, challenging and fresh.

Only one track of the eight on show here comes in under 5 minutes, and each song is better for being allowed to evolve and grow, take root and sprout inside your head. Press play on this album whilst sitting in a dark room, with nothing but a candle for company – stare into the flame – and I guarantee you will see the future. Such is the insidious power of Reznor’s writing that each track grabs you and pulls you screaming into audio illusions and visions. Each new movement within the songs conjures and welcomes to the fore a new emotion – and soon, you are ensnared and enthralled and completely at the mercy of the music.

Opening track “Letting Go While Holding On” sounds like something that Mike Patton would sound great singing over. A swelling, throbbing, undulating composition that has you imagining the journey of Jelly Fish in clear blue oceans waters. “Together” sounds like something that should have been on the Social Network soundtrack, with its central piano line bracketed by vocal harmonies, like a chorus of angels pulling you skyward. Stand out track “Hope We Can Again” is a revelation. As ever, Reznor seems to understand how to manipulate and play with frequencies until they almost break – he can make them reach the limits of human comfortability and he can push it further into black noise and piercing screeches – on this track he rides so close to what would be comfortable for the human ear, but never pushes further than necessary to preserve the inherent hopefulness of the song. It’s a wonder of understanding both musically and artistically – at times it edges toward being too much, and always pulls back to keep you gripped and holding on.

Throughout, there is a wistful hope and positivity that lingers, flitting here and there like a butterfly on a breeze, never outstaying its welcome, always finding the flow and breeze again to float between sounds and shades of light and dark. Nine Inch Nails once again showing that when they are on it, they are utterly untouchable.

Words: Andi Chamberlain // Ghosts V: Together is out now on The Null Corporation.