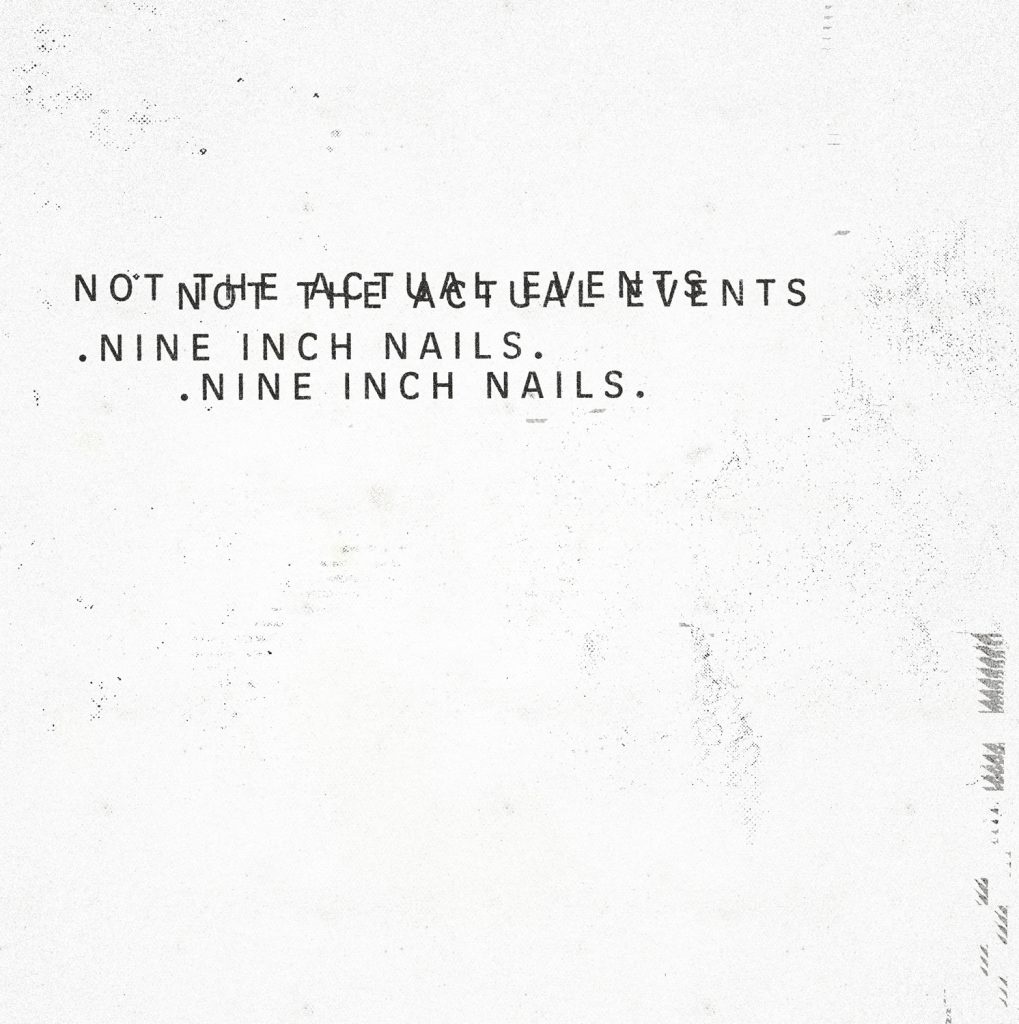 Nine Inch Nails - Not The Actual Events (Self Released) 2016

Late last year, Trent Reznor declared, “New NIN coming in 2016. Other stuff, too.” Well, he really did it! Not The Actual Events is Nine Inch Nails new five song EP. By the way, the “other stuff” Trent mentioned is the OST for NASA’s Juno short film, the climate change documentary Before the Flood (featuring the song “A Minute To Breathe”) and Peter Berg’s film Patriots Day, set for wide release on 2017. Music is art and Reznor along with his now official bandmate Atticus Ross paint all over the inside of your skull. They also had some outside help, with Dave Grohl drumming on the track “The Idea of You”, Dave Navarro plays on “Burning Bright (Field on Fire)”, and Reznor’s wife and How to Destroy Angels’ bandmate, Mariqueen Maandig, appears on “She’s Gone Away”. Engaging and invigorating, this new EP is actually heavier and quite tumultuous than 2013’s Hesitation Marks. The measured almost metric use of repetition and addictive use of patterns is tempting enough to have the listener into a semi-hypnotic state from start to finish. Not The Actual Events is audacious and thrilling and you won’t be disappointed.