In a world where people are always craving for the “new shit”, Health’s trajectory as band could be by now just a mere shadow of what it used to be. All that excitement that they managed to create in 2007 with their debut self-titled album didn’t disappear, but we also find now the band in an upward trajectory. It was about their work on Max Payne 3’s soundtrack and their freakin’ amazing new album, Death Magic, that we talked with bassist John Famiglietti.

It’s been six years since you’ve released Get Color, but the truth is that you haven’t stopped working during these six years. How was the experience of creating music for Max Payne 3?
It was great. Very rewarding. It was a lot of work, basically almost an entire year, 10 to 11 months, working all the time, and redoing everything, changing things, getting notes, and the game would change… But it was very, very rewarding. I’m really proud of it and it was great to experience the game and how it works. Also, it was great to make interactive music.

Did they invite you to do it?
Yeah, they invited us to do it. I’m the only guy in the band that plays video games, I really like video games, and I was a big fan of Rockstar video games already. Especially because they’ve also had always great music in their games. So, when we heard that Rockstar wanted to work with us I was in my head thinking, “What if they ask us to score a game? No, that never will happen.” But it did happen. [laughs]

And you had really big shoes to fill, because Max Payne 1 and Max Payne 2 have great soundtracks.
Yeah, and a like very recognizable theme. There’s a lot of things that we did. We listen to Max Payne 1 and Max Payne 2 soundtracks for preparation for Max Payne 3, and we wanted to use the same key, a lot of… Every level in the game that isn’t a flashback we tried to reference the original Max Payne scores as much as possible in our own style. We cared very much with narrative of the story and how that works and interacts with the game. Stuff that gets you more into the game.

How much of those 67 hours of music have you used in the game?
We only used the best of it. And that figure can be impressive but that’s because a lot of it we just had to redo it and a big reason is also because all the music that we’ve made was interactive and they can be recombined to make new pieces of music. So, there’s always different ways, we would have to end up get rid of everything or squashing everything. They changed the direction of the game a little bit and so we had to redo like 40% of what we already been doing for five months. 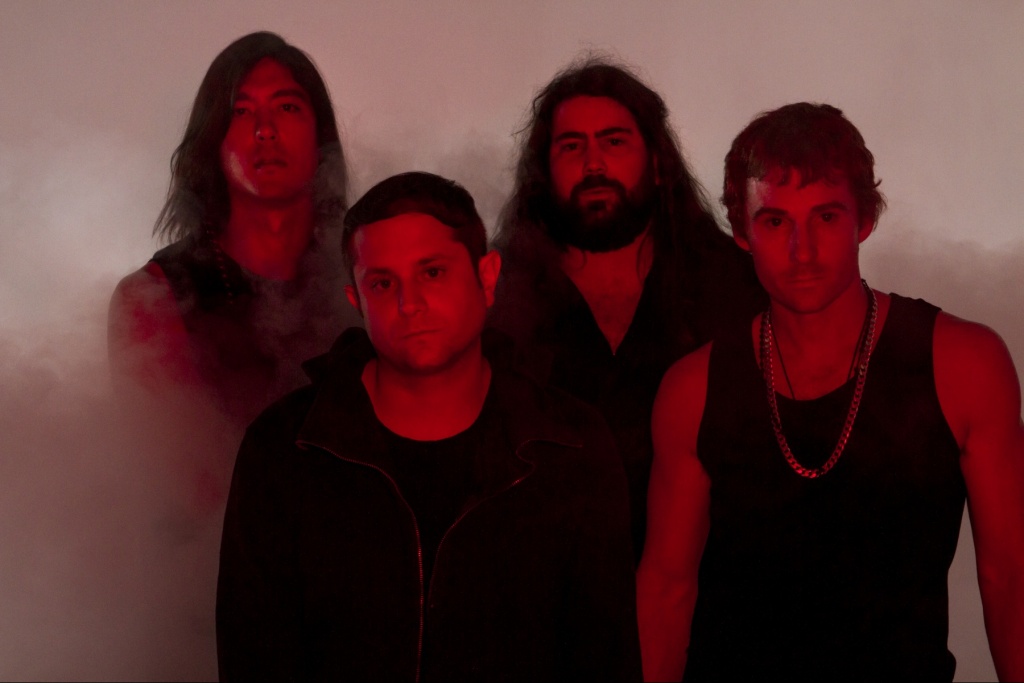 “… we kept everything stylistic the same, we just wanted to be much more pro…”

One of the biggest achievements with Death Magic is the sound that you’ve managed to get, the production. I’m curious if working for Max Payne 3 helped to achieve that in any way?
Definitely influenced us in certain things. Max Payne 3 was kind of a relief because we were struggling with how to do the album the right way and not getting very far when Max Payne came up, and that was good because we didn’t have the same pressure like how the lyrics sound. We used a lot of the same instruments and stuff. So, I would say that it helped us in terms of us coming out with new sounds and producing music faster, but the actual sound that we were going for is pretty different with the record versus Max Payne 3.

Do you feel that there’s an aesthetic shift with this new album?
I think it’s very much in line with what we were doing. I think if you look in sounds in the line we’ve been doing… The sounds it’s within the realm of Health, for sure. The thing is also the second album, Get Color, was supposed to sound expansive, raw but slick album, and it does not. We actually had a terrible experience and a lot of failures with that album because of the sound. So, that’s the big reason why we realized that this record had to sound very big, very pro.

How hard was to achieve the “clean cutting” sound of Death Magic?
Once we found the right people and got into the groove, and figured out how to do the songs, it was kind of easy, but… [pause] Ok, I would say it was not easy. It took us an extremely long time to find the way how to make the sound different, to find the people… We went through a lot of failures. In 2012 we rented the studio and we had the album, basically had the finished album, not all the same songs, and we threw it away and started again.

Another prominent change is the voice which is clearer than ever, not at all buried in the background. Did you start creating the album with that idea in mind?
Yeah, we knew that we would have to go forward with the vocals, but it had to be in the right way, it had to sound the right way. And that was a thing too, we haven’t worked that much with other people before, hardly, and in other times we had bad experiences so, it was important for us to find somebody that we trusted to handle changes relating the sound.

We were talking about the aesthetic shift. Do you think that it could be just a matter of perspective? The Health that we know but with a cleaner sound and with more prominent vocals?
I think it’s a natural progression. It’s been going more in that way, because we didn’t change the vocals… The vocals are in the front, and they sound better, but we didn’t change the style. We didn’t like take reverb. Most pop records they don’t have reverb on the vocals. We have to have reverb on the vocals, it is part of our style. So, we kept everything stylistic the same, we just wanted to be much more pro. Also, music has shifted. The times changed and technology is shifting. Nowadays even stuff that isn’t supposed to be powerful manages to be powerful, like girl pop. It should be powerful and we should take advantage of everything we got today.

Would it be fair to assume that modern hip hop was an influence on creating Death Magic?
Yes, definitely! It was an influence just because of the bass and minimalism. What is so cool about modern hip hop is that, in the archives is basically the rock ‘n’ roll, the pop music that is cool but it’s not like cheesy pop. It’s dangerously fun. Is the music better now? Probably not, I don’t think so. But what’s cool about music now is that it can be so minimal and so powerful, and you can have a song with nothing going on. A lot of modern hip hop is insanely minimal and really intense. Of course we can’t go super minimal because there’s a lot of stuff going on with our music, but we’re trying to go more minimal.

Listening to “Life”, it makes sense in the grand scheme of the album, but it can be a total surprise for people that don’t have the full context.
Yes, it would come as a big surprise for people that don’t have access to the entire album, and that’s why we’re not putting that song out before the album comes out. Even though that’s the song that would be a single, we don’t want to release it as a single because you need the context of the album, like you were saying. People would go, “What the fuck?!” [laughs]

The idea of sharing your cellphone number. I’m curious to know how that’s working out for you.
I have people call me all day. When the video came out it was crazy. I had to turn off my phone just to go to sleep, just because I was receiving calls of people from different countries and continents, and obviously the time zones were an issue. But now it kind of calmed down and so I only get like one or two calls a day. But every day I get text messages, which I prefer. It’s fun. If you’re fan, you have the number because you saw the video then you can call me or text me, but I prefer the second option.

Are you planning on releasing a third remix album?
Yes, we’re planning on doing it. So far is sounding really poorly. We’re trying to get great remixes, and it has to be that way because of the other two [remix albums, Health//Disco and Health::Disco2]. And right now the culture for remixes, has to be better than the other two. The culture changed, the blog culture is not the same… You really want a good and solid remix album because we have this weird predicament of having two good remix albums in a row. No one likes remix albums and we
happen to have two good ones so this third one needs to be good. What I would like with this third one is… The record now is much more melodic and accessible. Back then we were using the remixes to expose our music to other people, having stuff more poppy, and now we can go the other way. We can have much more hardcore, dance core, dark.

DEATH MAGIC IS OUT NOW VIA LOMA VISTA

You can also read this interview in here: