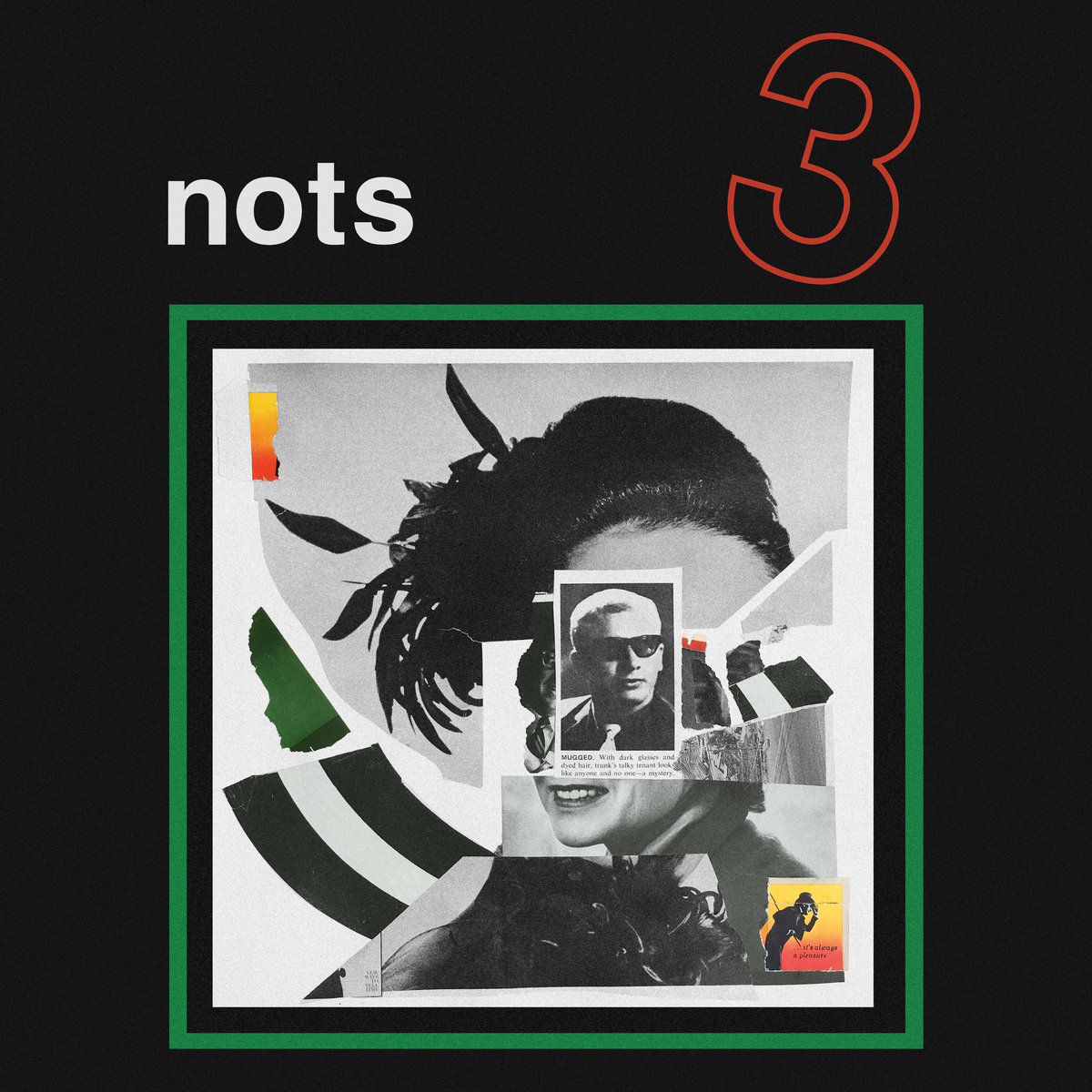 3 is the appropriately named third studio effort from all-female punk collective NOTS, a title that also references the recent lineup changes which saw Alexandra Eastburn leave the band and the group, becoming a trio. Having successfully adapted to the new format, the three remaining young ladies crafted ten solid and super exciting songs, all of them with enough power to make us bang our heads, tap our feet, smile and think “damn, these girls rock”.

Musically speaking, the album is a dynamic, passionate statement influenced by post-punk, noise and, perhaps most importantly, the legendary riot grrrl movement. Each of these songs, featuring thunderous bass lines, memorable guitar melodies, loud voices and seductive synths, evoke the same ruthless and wild spirit of those bold women who revolutionized the industry back in the day- yes, they did that, fucking accept it – ,and even if this is a simple celebration of female artistic expression (which is still a political act, when we think about it), the feeling of that awesome early ‘90s era is definitely here, with the resulting sound being both nostalgic and fresh – a throwback to a different time, but in a contemporary manner.

In the end, yes, they don’t produce anything groundbreaking, but they do create something good and worth listening to, and that is all that matters. With this album NOTS sound more confident than ever, as if they realize they have evolved as musicians without becoming boring and losing the irresistible, marvelously intense energy that has always defined them. 3 might not be a game changer, but it is a cohesive and honest work developed by three (there’s that word again!) talented and strong women who deserve to be heard. Highly recommendable!