Arguably the most exciting thing about any musical year is discovering fantastic and exciting new music that’s being made by new bands. It’s fantastic to have bands/artists like Animal Collective, Bloc Party, Tortoise, David Bowie, etc, releasing new albums, but it’s eve more thrilling to discover bands that can possibly reach that prestigious level. It’s always hard to tell, but here are some bands that have strong possibilities to blow our minds in 2016. 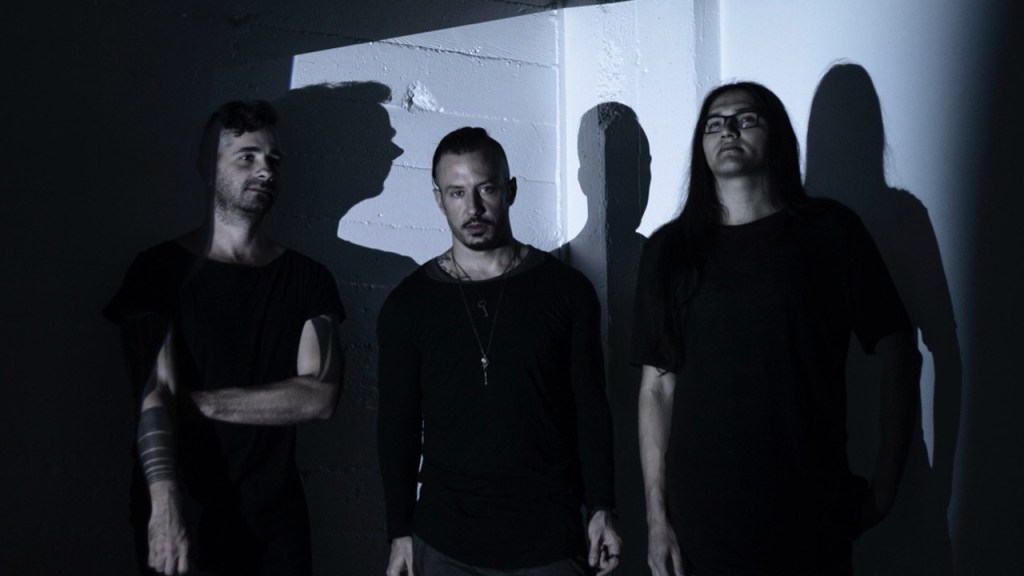 Puciato, which is highly regarded as one of the best and most intense singers in the heavier spectrum of music, has been long-rumored to be working on an electronic-based based project (an old passion that was made public in multiple occasions) and with the arrival of The Black Queen’s first single, “The End Where We Start”, such rumors became an unmistakable reality. This month the work started back in 2011, when Puciato and Alexander started writing and recording, will come to fruition with the release of the band’s debut full-length album, titled Fever Daydream.

With four, out of ten, songs already unveiled we can definitely expect great things from this kind of power synth pop trio. The melody on Puciato vocals promise to drive the electronic-based sounds tinged black with dreamy vibes and an overall immensurable emotional weight. 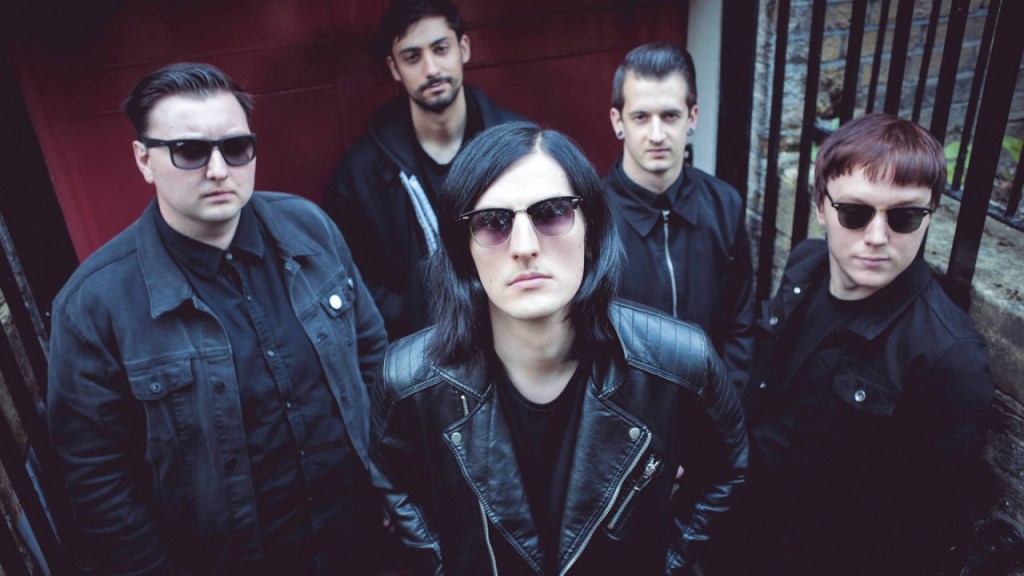 Southampton punk band Creeper started to make some waves back in 2014 when their debut self-titled EP saw the light of the day and they hit the road for their first full tour as guests to Funeral for a Friend. So much than one year later they landed on a deal with legendary Roadrunner Records.

The band that has two former members of Our Time Down Here (vocalist Will Gould and guitarist Ian Miles) has been crafting a sound that is rooted in the most theatrical spectrum of punk rock music with The Damned, Misfits, and My Chemical Romance coming to the forefront of influences.

The sextet has announced the release of their sophomore EP, entitled The Stranger, and unveiled the video for first track “Lie Awake” – the first instalment of a two part story of life, love and obsession which will conclude later in the year – proving that they are here to raise the stakes and mesmerize fans worldwide, making a point that the early nineties are a thing of the past but hardly forgotten. 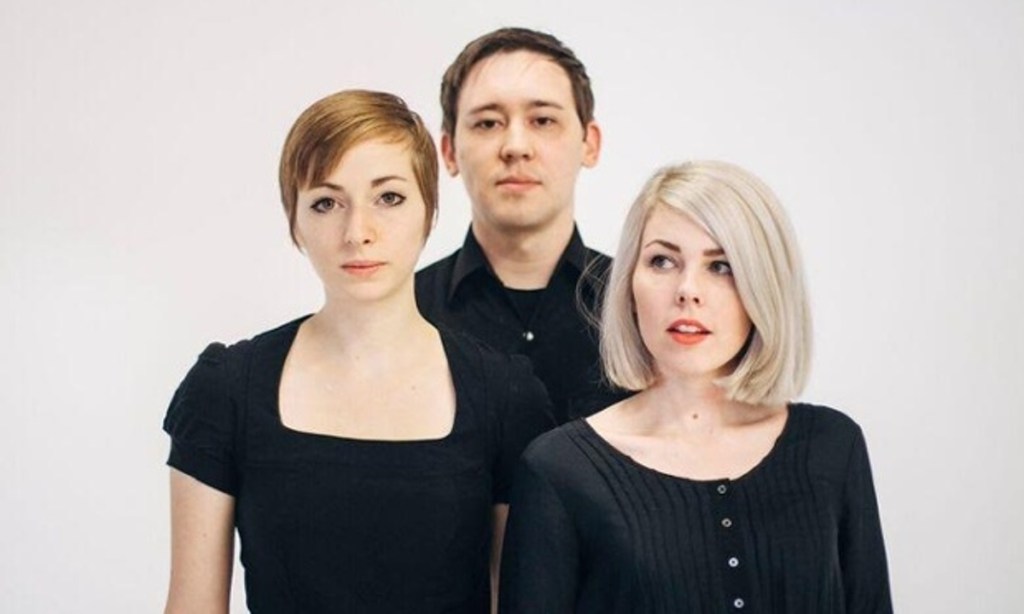 MRCH – pronounced “märch” – is this new exciting indie-electronic trio consisted of Mickey, Jesse and Erin. They’re based in two States – Arizona and California – and their writing approach is modern and interesting. They primarily write the songs through file sharing via Ableton Live and then occasionally they meet-up for rehearsals and gigs. They manage to just really work that way and the results are quite impressive.

Throughout 2015 they released three vibrant and addictive singles, starting with the great debut single “Validation”. They blend synth sounds with shimmering pop and a touch of fuzzy guitars. It feels sometimes like a mix between Chvrches and Yeah Yeah Yeahs. Their latest single “Spin” is an upbeat synth song with restless beats. They also released a colorful video for the single, which was recorded entirely on an iPhone and is absolutely amazing.

It’s still uncertain what 2016 holds for MRCH. In February they will hit the road for a handful of shows in the States, and let’s hope there’s an EP, LP or even more singles to be released soon. 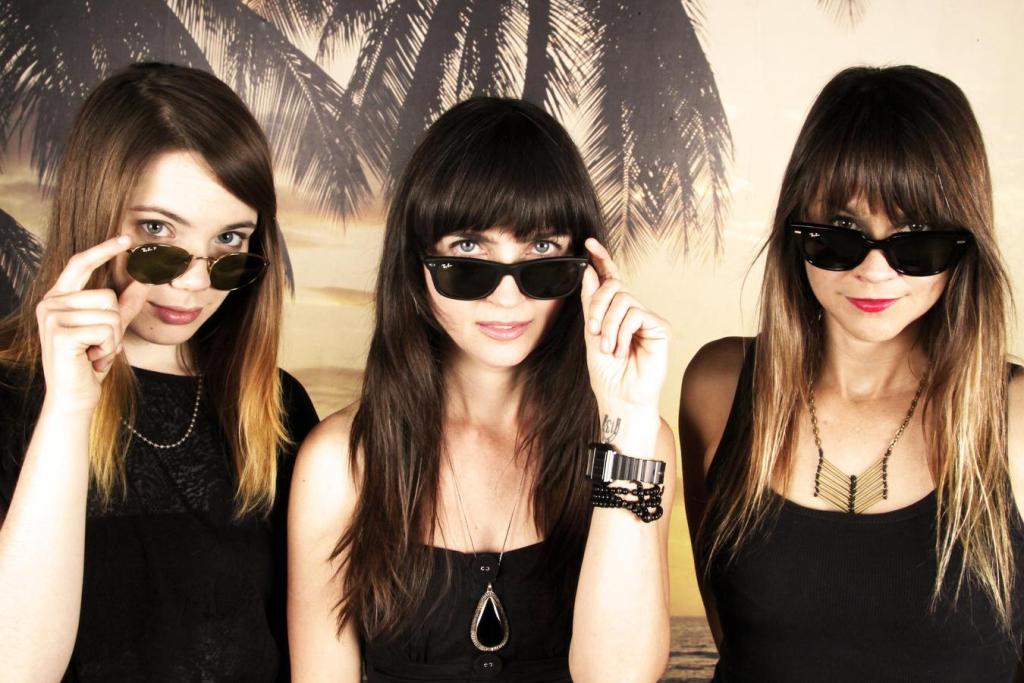 Going through horrible and inexplicable events in our lives can turn out to be something weirdly positive. That’s the case for Moving Panoramas’ frontwoman Leslie Sisson who went through some crazy shit before forming this band.

Being kidnapped at gunpoint with her boyfriend in her home in 2011, among other things, was more than enough for Leslie to suffer intense post-traumatic stress disorder, anxiety and fear. But by that time she met bassist Rozie Castoe while teaching music at School of Rock in Austin, Texas, and she started writing a bunch of songs of her own. In the meantime, Leslie and drummer Karen Skloss were already in a band, but eventually joined forces in Moving Panoramas.

The songs wrote at that time, ten of them are on One, their debut album that took two years to be completed. It was released last year on Modern Outsider and it’s straight-up dreamy indie pop record. “The songs are about my recent journey,” Leslie explains, adding that “time heals if you can tough it out”. It certainly does, and music is a great and cheap remedy. 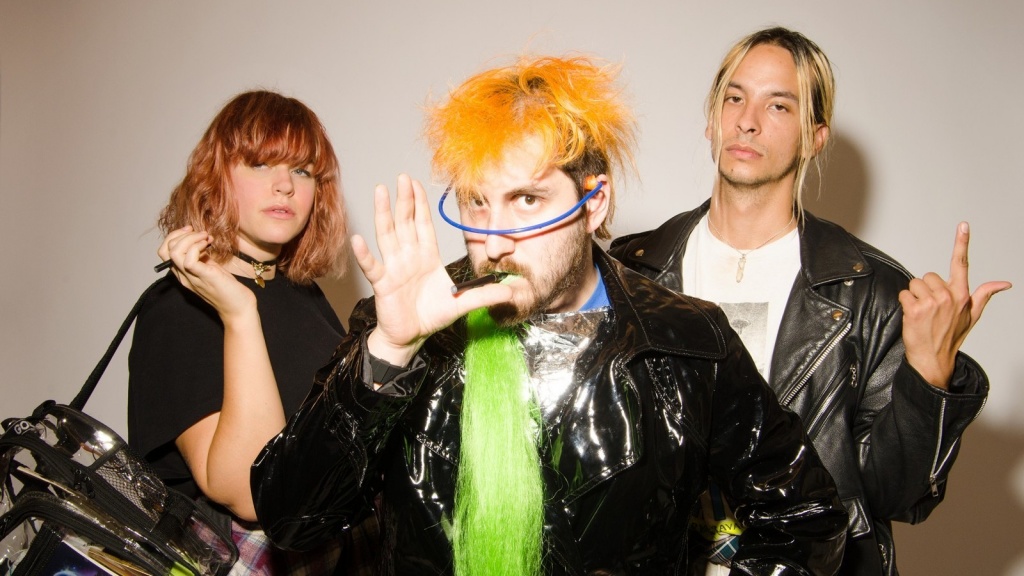 “We’re a band named after a YouTube video. I like that.” – says Nathan Rodriguez, Seattle’s So Pitted frontman. We were sold with that statement.

Along with Liam Downey and Jeannine Koewler, they experiment and diffuse all kinds of genres. Bands like Rage Against the Machine, Smashing Pumpkins, Nine Inch Nails, The Mars Volta and Cocteau Twins gave a great input into their writings, but they easily create tunes that go beyond those references and it just sticks in your head. The trio does whatever they want and their dynamic as a group is just perfect.

2016 will be for sure an awesome year for the trio since they’re going to release their debut record, titled neo, via Sub Pop. neo was co-produced and mixed by So Pitted and Dylan Wall and recorded at The Old Fire House, Media Lab, Spruce Haus, the band’s practice space, and Tastefully Loud in Seattle. “There are lots of feelings of intense frustration and misunderstanding in them… I think those songs came out in a time where it was me experiencing frustration with that.” says Rodriguez about neo. 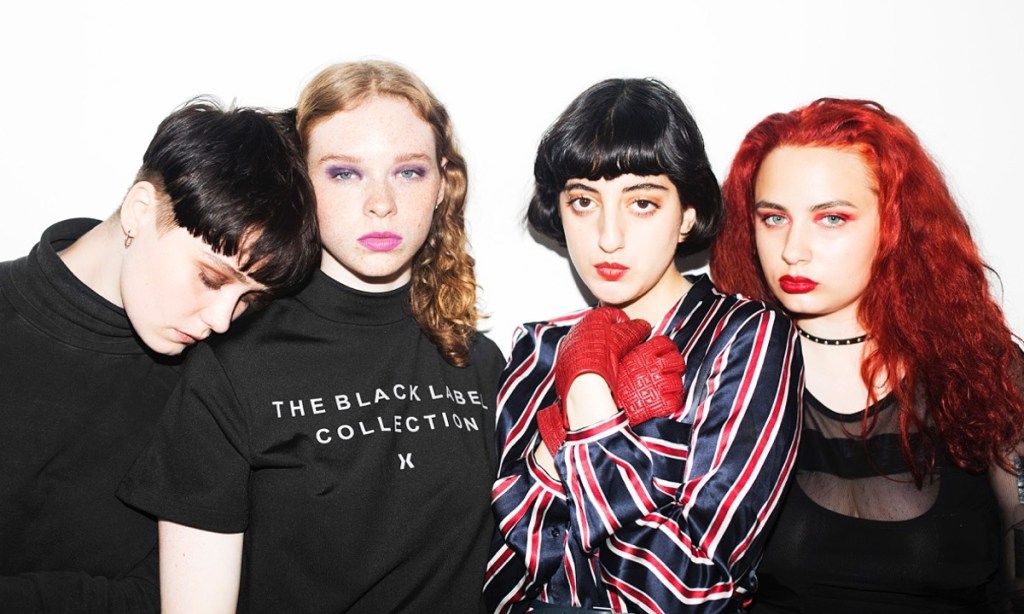 Stockholm has definitely brought great acts in the last few years that go from punk to metal. There’s a massive variety of bands that make the buzz with their refreshing and charismatic first singles. The Swedish four-piece Dolores Haze bring all the feels of the 90’s era with their explosive and dynamic grungy punk with some pop sensibilities to the mix.

The girls got together in 2012 with the urge to form a band even though they didn’t know what to expect, but when they got together it just worked out perfectly. Taking their band name from Nabokov’s Lolita, their boldness to write such infectious and exciting music is captivating and once you listen to any of their songs you’ll understand what we mean.

The Haze is Forever is their debut album and it was released in November of last year and it’s undoubtedly a mesmerizing and powerful effort, where shoegaze-meets-punk-meets-grunge-meets- goth. It’s daring and sexual, noisy and catchy. It has all the ingredients to be your favorite new band. We’re definitely going to see more of these girls in 2016. 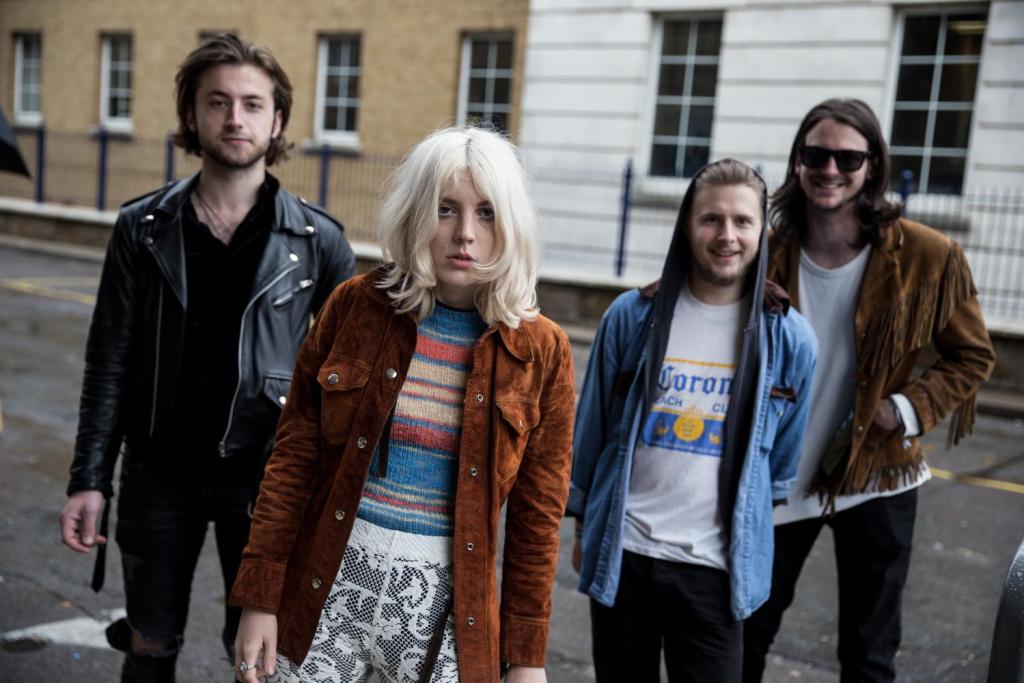 Where? Brighton (UK) Who? Izzy Baxter, Chris Ostler, Tommy Taylor, Tom Dewhurst
For fans of: Lush, The Wytches, Only You

Last year, Brighton four-piece Black Honey appeared on the radar of many folks and despite what frontwoman Izzy Baxter said – “If it was my way we’d still be a secret band,” – it’s too late to go back and undo what they’ve amazingly already created.

Their tunes are sweet as honey, but can also be dark as as a moonless night. This is our own way to dissect their name while describing their spaghetti western-inspired music with some shoegaze noise riffs and addictive melodies. Although they describe themselves as “quintessentially a British rock band” there’s this appeal to American sound of the westerns and 60’s girl-groups. Izzy’s voice is basically one of the main attractions with this femme fatale vibe, earning comparisons to Nancy Sinatra, Debbie Harry and Lana Del Rey.

For 2016, Black Honey have already a bunch of things planned out, like the release of an EP, the preparation of their first album, a bunch of live shows and festivals as one can play, and even a video directed by Dan Kendall (director of Swim Deep’s “Namaste” video”). It will be a busy year for them. 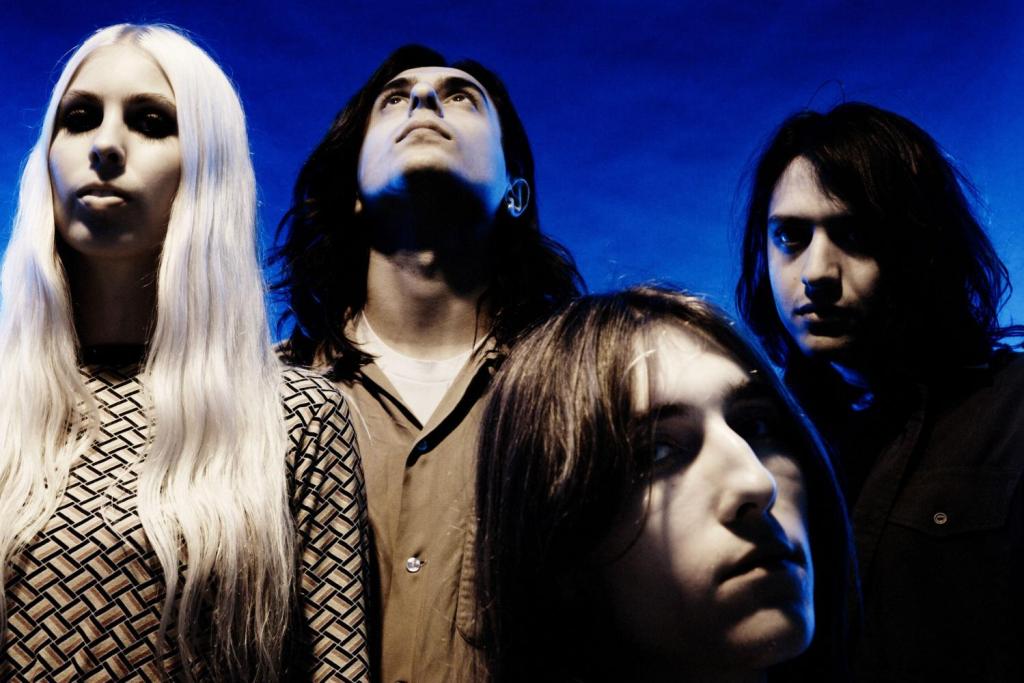 Where? London (UK) Who? James Taylor, Chloe Little, Joe Lazarus, Jake Lucas
For Fans Of: Jesus and Mary Chain, Echo and the Bunnymen

Julian Casablancas’ favourite newcomers come from the south-east London and captivated the attention of The Strokes’ vocalist with their single “Regeneration” and its respective video – the original version of the video was created by the band as an artistic barrage of images at one frame per second.

It seems that it was enough for New York’s label Cult Records (founded by Casablancas himself) to sign the shredding-soaked-in-feedback guitar-based music of INHEAVEN who happily submit their post-punk through heavy doses of noise and dreamy pop sounds.

The quartet later on released an alternative version of the “Regeneration” video and last month kept offering enthralling sounds with the “Bitter Town” 7”, this time around with more of a hard-hitting side to it. The band recorded their debut full-length album at the end of last year in rural Wales with Tom Dalgety (known for his work with Killing Joke, Royal Blood, Opeth, etc.) and 2016 will certainly be more enriched with its release. Serious contenders to grab a place in the “best newcomers of 2016” list.