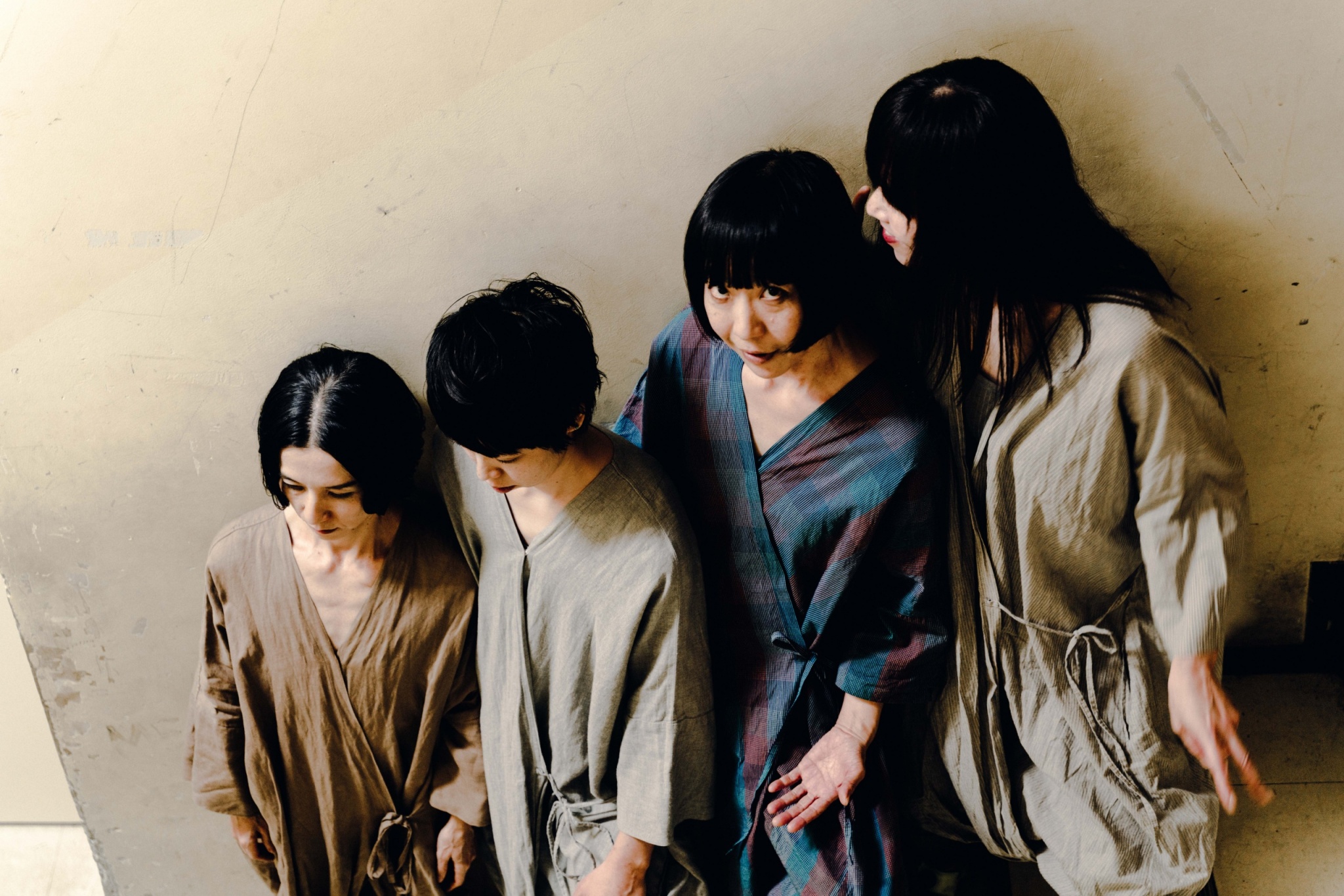 With the passing of guitarist Kyoko following the release of 2013’s genre-defying Gamel, things haven’t seemed too certain for YoshimiO’s OOIOO but here we are in 2020 with yet another album of mind-melting, boundlessly creative and utterly out-there psychedelic tribal pop and, once again, it’s pushed the limits of what we can expect from them.

Barring the Zorn-esque explosion of noise and frantic energy of opener “Nijimusi”, these songs feel firmly grounded in a traditionally ‘rock’ setting but YoshimiO’s vibrant drumming, less an accompaniment than the beating, arrhythmic heart of nijimusi’s slinking form, elevates the form. Psychedelic flourishes abound, putting the listener in mind of Vampyros Lesbos’ eclectic score, and the bright splatters of synthesiser and horn likewise transport the compositions to a time when intrepid adventurers like Miles Davis ruled the concert halls and airwaves. It continually manages to surprise, each new avenue skirting rigid structure and free-form vigour without fully abandoning itself to either, and eventually the experience converges into a heady explosion of passion and heart that verges on the religious (most notably around about when penultimate cut “Walk for “345” Minutes…” collapses into a dense, sputtering swell).

From their very inception, OOIOO have been a band that have strove to push listeners as much as they do themselves but with the immediacy and infinite charm of nijimusi, they’ve created something that is effortlessly enjoyable.