For more than two decades, Róisín Murphy has been pushing forward – starting off with the English-Irish brilliant and groundbreaking duo Moloko, and now with an artistically successful solo career. Róisín Murphy remains a force of nature, with no signs of slowing down. Her latest project involves a collaboration with Baltimore maverick musician/producer/DJ Maurice Fulton with a series of four 12” singles produced by Fulton himself. We talked with Murphy about her new work, how she feels about the world, and how she manages to keep pushing forward.

You were also involved in the Block 9 Creative Retreat Palestine, along with Brian Eno, The Black Madonna, and a few others. Could you talk about that? From what I’ve read it is intended as cultural resistance.
I haven’t read many interviews or anything about this. It was really the statement is enough that I made the piece of music. Then I went there. My main thing that I would say to people is if you go to that part of the world and you’re close to Palestine, go to Palestine. That’s all I want to say, just go there because they’re lovely people. It’s a brilliant place and unless you go into these places, you just can’t really… You don’t feel what the real feeling is. And I’m not sure I did feel, I was only there for three days. I don’t feel comfortable talking about it politically, honestly. I just don’t. But I’m quite happy to have collaborated with all sort of fantastic musicians and it was great. It was really a great experience and I genuinely loved what the hotel represented, the Waldorf Hotel, which is a Banksy’s hotel right beside the wall. You open your window and you’ve got this site. You’ve got a wall right in front of you with all these paintings. It’s pretty amazing, and pretty direct. It’s all sorts of feelings all at once.

How did this collaboration with Maurice Fulton come to be? Did you have a vision for the collaboration from the start?
I wanted to work with Maurice on Overpowered. When I went into the EMI I played them “Kathy Diamond”. That was the first thing I played to them. “Okay, this is the type of record I want to make“. In fact when I heard it I was a little sad that I hadn’t made it myself because it’s just perfect for me, you know. They said they had contacted him but he didn’t want to do it. He said they didn’t contact him. I don’t know who to believe because I know that Maurice can forget things too. He’s very forgetful and might have just blocked it out.
I mean the vision has been the same vision that was when I went to EMI with it, which is, “This is really alive, guttural, instinctive dance music. This is the real thing“. Because Maurice is so real.
He is one of the true greats. I’m surprised more people don’t know about him. That’s all I can say. But for me and for my friends, people in my peer group, he is one of the true, the true greats, really, like one of three maybe in the world today. The way he does it it’s always interesting and it’s always super alive. And it always works in the club, always. So there are not many people who can do that, there really aren’t. So the vision was to collaborate with Marie Wilson to bring my sensibility onto his music. It was a very simple kind of vision. Didn’t have to, didn’t have to do very much more than that, honestly.
I collaborate more with people than I did with Maurice. I get more stuck into their side and they get most of them to my side, but every time it’s different. Every time you come to make a record is different. You have to think laterally… I upset him a couple of times saying, “Can we change this? Can we change that?” and he would say to me, “I’ve just played in the club and it works. So, no!” [laughs] Let’s be honest, it’s totally a valid reason. [laughs] 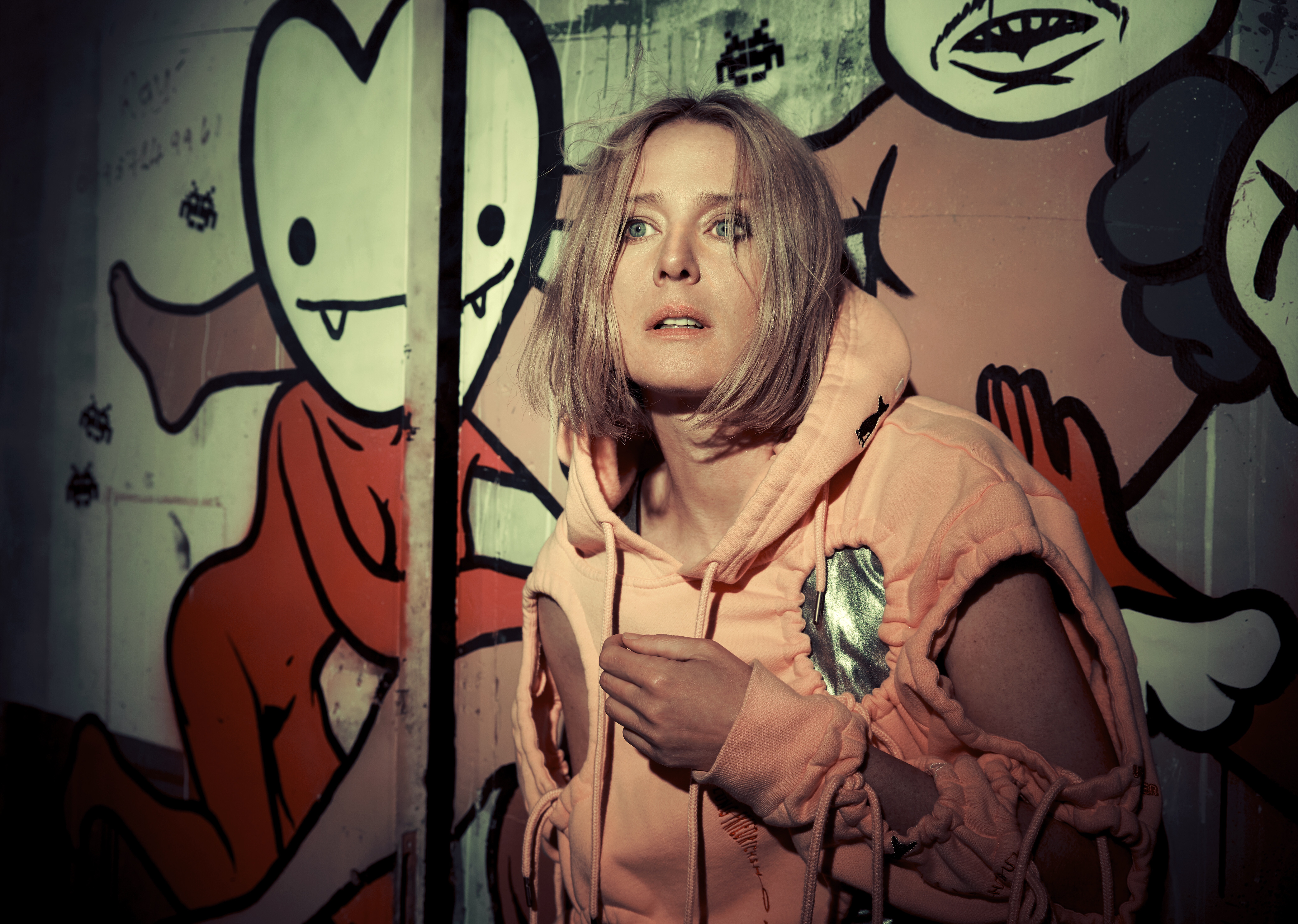 “I wanted to work with Maurice on Overpowered. When I went into the EMI I played them “Kathy Diamond”. That was the first thing I played to them.”

Your two day residency in London’s The Store X seems a pivotal piece of these songs and videos. Could you talk about that experience and how did it affect the creative output?
Well, it sort of sounds fancy, but it just means that we in there for two days filming. [laughs]. We used the space, we made it into a club… What was very emotional and sweet about the whole thing was the people who came and the whole sort of run up to that. I made little films out of my research because I was researching a lot of old VHS of raves and clubs, stuff from 20 years ago. I asked people, through my social media, if they would like to come and dance for a video, and many people came and wanted to be involved. It was just astonishing and there were brilliant dancers, and I got exactly the right feeling because people came for the love of it. If they were all actors or from an agency or whatever, I wouldn’t have been able to get that feeling. But as soon as they came, soon as the cameras started to roll, the feeling was correct and it’s not that easy to… The way that I film these things, it’s not just, “Let’s have a party and then run around with a camera.” There’s a lot of stopping and starting. There was a lot of pre-production, a lot of thought about the way that we shoot each video, each shot, all these things. So it’s not that easy to get the feeling of an actual night out when you’re shooting like that.

You’ve always been a very visual artist. In fact you have been directing your own videos for a while now. I’m curious to know how that relation with the visual aspects have helped your or have impacted your creative process as a musician.
It doesn’t impact me as a musician. I just make the music totally in a bubble. Everything. It’s seasonal work, my work. So I work really, really hard in the music and honestly I just concentrate on the music that I’m doing. I don’t even think about the visual until it’s finished, until I have to, because it’s a big job to think about it. [laughs] It’s like a different season. There’s the music season and then everything else. I completely dedicated myself to the music when I’m doing it. And it is the most important element of what I’ve done so far. I mean, I wouldn’t like to be a video director because I’d have to direct songs that I don’t like and music that wasn’t helping the visual. That would be a very, very, very, very hard job. 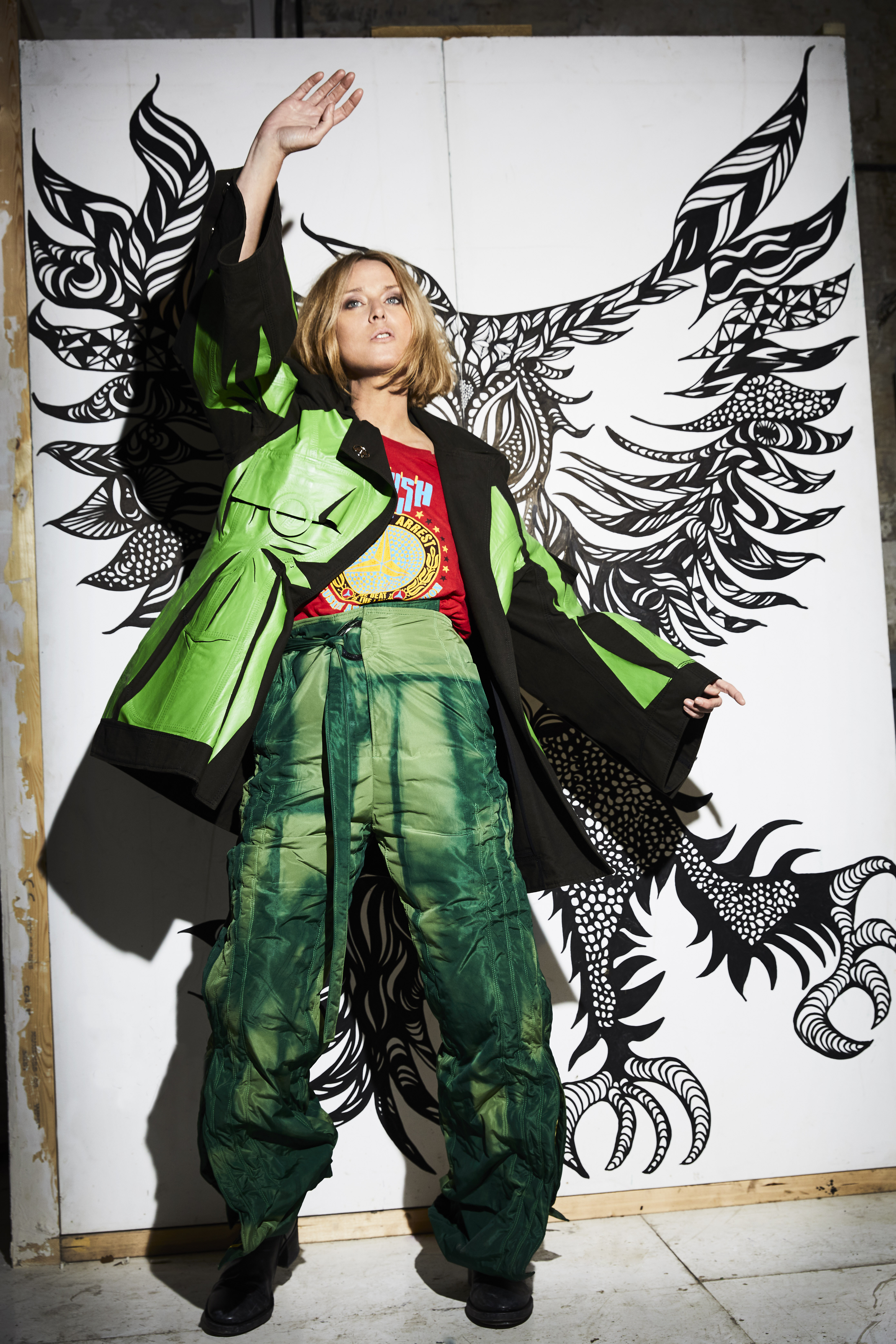 “It’s comfortable almost for me to be pushed out of my comfort zone. It’s what I’m used to. I’m just so used to going there that I would panic if I wasn’t going there.”

You are renowned for always keep pushing the envelope and doing things differently almost every time. What’s drives you to avoid getting too comfortable?
I don’t know if it is a big drive to push boundaries. I do what I can do, that’s as simple as that. I mean I can’t make a record like Overpowered over and over again for several reasons… but the biggest one is money. I mean, Overpowered did cost a fortune to make. Actually I was more in control with Overpowered than any record I’ve ever made. If I didn’t like I could take it somewhere else, mix it again… I really had every option on my plate at every time. I could choose exactly how it was going to go about everything. And when I do, like I’m doing with Maurice… I can’t control Maurice like that.
I have to collaborate, push and pull. We have to listen to each other, and I go with what I have. I try and make it the very best thing that it can be, but I don’t like to sit around doing nothing, just waiting for something to happen. So, it’s not as deliberate as it perhaps looks from the outside. I make the best of what I’ve got in front of me. It’s not that hard to push me out of my comfort zone because it’s quite small, my comfort zone. [laughs] When I started I wasn’t even a singer, so you had to push me to sing. I signed a record deal without knowing how to sing properly. [laughs] You know what, it’s comfortable almost for me to be pushed out of my comfort zone. It’s what I’m used to. I’m just so used to going there that I would panic if I wasn’t going there.

You were very saddened, like millions of other people, when Brexit and Trump won. It’s been two years since June 23rdreferendum and less than year from the “exit day” (March 29th). How do you feel now?
Oh, it’s a mess. Everything is a mess. I don’t know who to trust, who to believe. I don’t know who to even vote for tomorrow if we were to vote here in this country. I don’t like the left or the right. I’m totally confused. It is absolutely a total mess and it’s just being run by idiots as far as I can see. Left, right and center, everywhere you look. I’ll tell you how I really feel, even though I have friends who… I have some friends who are pro Brexit and they have their reasons and I don’t look down at them at all for their reasons, but I would just say, me personally I have no interest in national identity at all. People ask me if I still feel Irish. Of course I feel Irish. I’m totally Irish but I don’t really care. I don’t care about national pride, or being proud of England, or anywhere for that matter. None of it matters to me, not one bit. I don’t want us to hold onto the old ways, you know. It always sounds like a John Lennon lyric, but what about a world with no countries, no borders? The system we have, we need to change it completely. It won’t last like this. I’m not saying it’s going to be easy.
I don’t know. I often think about the things that we cannot control. I should probably start thinking, start thinking about the things that we can and should control. But I usually think about the stuff in the brain that I can’t control, like the oxytocins and the pure pleasure. We need to start thinking about how malleable our brains actually are and how we can push them forward and start thinking about prioritizing. Evolving, really.