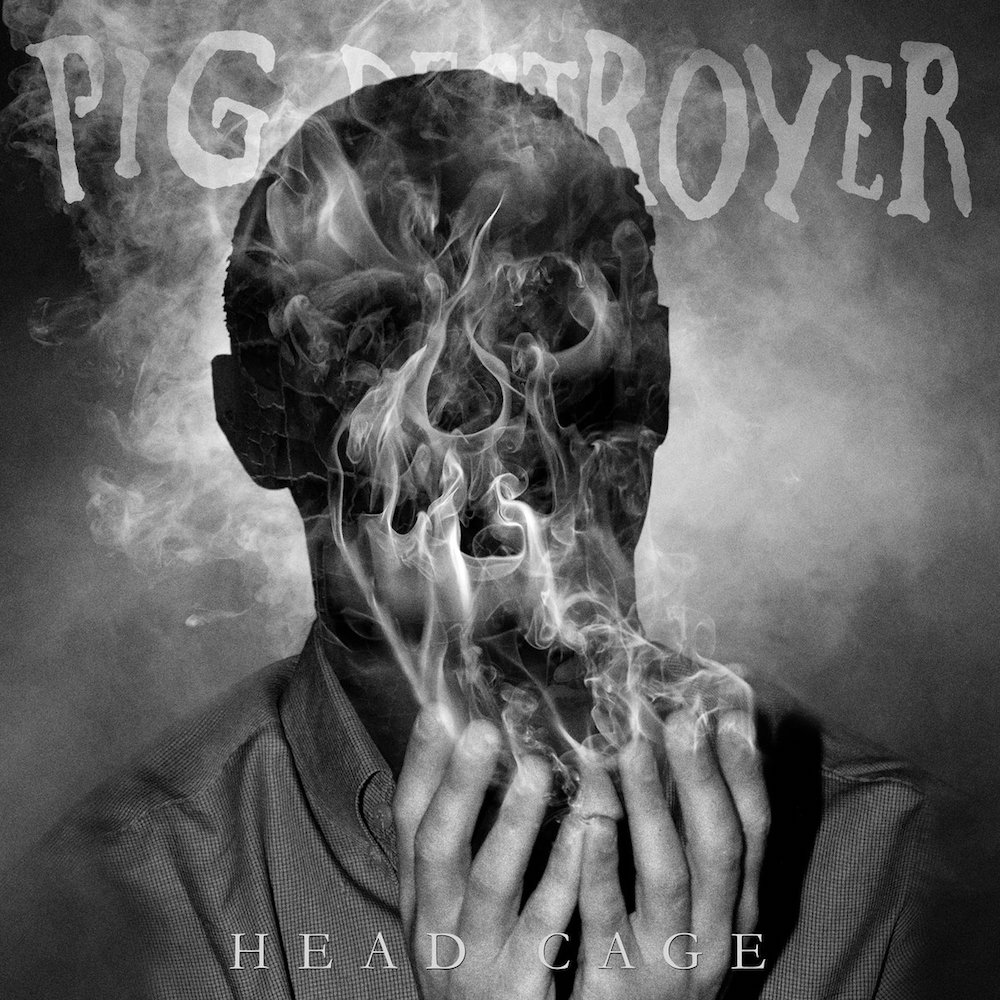 Pig Destroyer have already consolidated themselves as one of the 21st Century’s most revered acts within Extreme Metal. What some purists seem to have failed to grasp is that the band has always meant to expand their horizons beyond their Grindcore roots with every new release they put out. Yes, Prowler in the Yard is a testament on how brutal heavy music can get; but EPs such as Natasha and Mass and Volume proved the band could masterfully expand their sonic pallet with apocalyptic soundscapes and drones, while albums such as Book Burner showed the band adopting a cleaner and more modern production. Once we accept that anything can happen in a Pig Destroyer album, we are left with two questions: “Where is it going this time?” and “Is it any good regardless of genre and expectations?”. When an album starts with the quote “We will not be held responsible for any hearing impairments or damage caused to you for excessive exposure to this sound” followed by a cacophony of industrial noise, echo and screaming, you know there’s an interesting experience lying ahead.

“Dark Train” carries Grindcore and chugging guitars in its veins, and the drumming remains as bashing and technical as ever. Then the lead single “Army of Cops” (one which received polarized reactions from the band’s fanbase) comes chiming in, and the track showcases how heaviness is not dependent on absurdly high BPMs. “The Torture Fields” is another highlight, exhibiting a rollercoasterish quality to it in its structure, and marred only by the clinical and somewhat stale production of the drums (an issue which is unfortunately present across the entire record). “Terminal Itch” and “Concrete Beast” both have some of the album’s best vocal work, with J.R. Hayes and guest Kat Katz reaping the tracks’ seams open unabashedly (and the same can be said of guest vocalist Jason Hodges in “The Adventures of Jason and JR”). Once we’re past the “Book Burner” déjà vu of “Mt. Skull” and “Trap Door Man”, “The Last Song” comes in with a swinging left hook, courtesy of some groovy drums and the noise generated by Full of Hell vocalist Dylan Walker, eventually evolving into another parade of modern Extreme Metal. And then you look at the length of the following track, the album’s last, and you know the next seven minutes will be intriguing. And oh, are they. Starting with the misleadingly beautiful sound of harmonized guitars, they soon give way to the album’s slowest and sludgiest track, “House of Snakes”, and it’s here that the addition of John Jarvis on bass guitar is most felt in the whole album. The song’s sense of adventure makes me dare calling it “proggy”, due to its ambition and its seemingly bottomless well of surprises and left turns.

We are left with an album that follows in the same footsteps of Book Burner, making its older sibling proud without copying off of it and finding its own identity within the band’s catalog. It is a record that, though slightly over-produced at times, knows how to keep it neat and to the point; not breaking much new ground, but giving its listeners one hell of a good time.