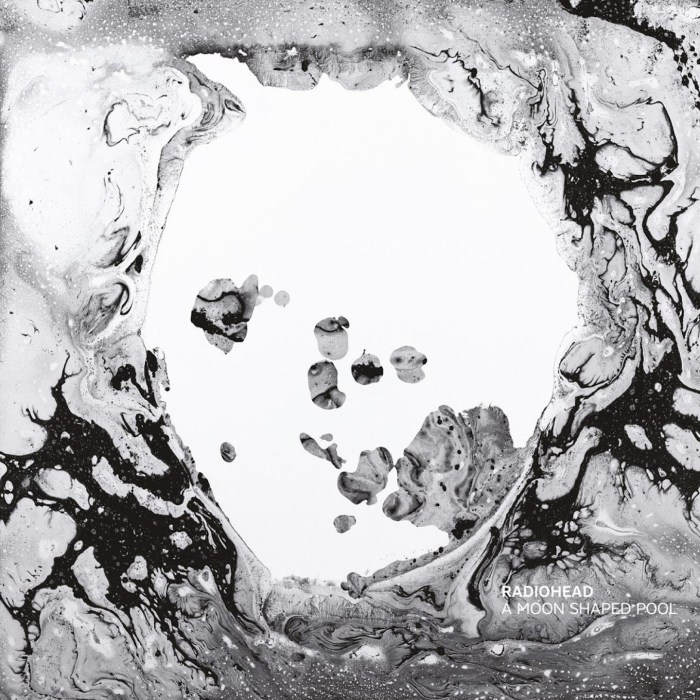 Amazingly, there are still people out there who hanker after the Radiohead of twenty years ago. The Radiohead who stuck Britpop’s strained jollity in the throat with the furious repudiation of The Bends and who soundtracked a generation of misfits suddenly realising that being in your mid-twenties wasn’t all it was cracked up to be. The Radiohead who, crucially, rocked out with guitars. That incarnation of Radiohead was pretty much retired with 1997’s grand opera of pre-millennial tension, OK Computer. Since then, albums have become increasingly rare, the brief return to guitar rock of 2003’s Hail to the Thief was a false dawn, and inscrutably beautiful art-pop artefacts, most recently perfected with The King of Limbs all of five years ago, have become Radiohead’s mode of communication.

The electronics which have so overtaken Radiohead’s sound across the last 16 years are now seamlessly woven into their group playing, the perfect fusion of body, brain and flickering software. Opening song here (always songs with Radiohead, far from the raw experimentation they were once accused of), “Burn The Witch”, is constructed around rushing synthetic strings and buzz-bass drone as Thom Yorke sighs to the skies of “red crosses on wooden doors” and how “if you float, you burn”. A further elaboration on The King of Limbs fluidly supple muscularity spliced with lyrical portents of almost medieval doom, Yorke’s vocals seem more upfront than they have been for some time. It’s as if the time for murk and uncertainty is past; instead crisp, clear clarity is required as the passing years grow ever more troubled.

“Daydreaming” begins almost like solo Roedelius, plaintive piano playing across twinkling chimes before building into a string-led bout of luminously lunar wanderlust, Yorke proclaiming “we are happy to serve”, until the strings slow to the sound of rusted metal grinding through vast oak slabs. Each song on this record feels like falling into a moving kaleidoscope, the scenery constantly shifting around you in perpetual dizzying flux. “Desert Island Disk” starts off like Nick Drake or early John Martyn, acoustic guitar weaving around itself, but a spectral drone rises throughout maintaining a mood akin to 21st century death folk lament.

There are some relatively straightforward moments, such as the ambient wash of romantic strings draped across “Glass Eyes” and the brooding post-punk funk on “Identikit” which brings to mind a haunted house filled with ghostly remnants of PiL’s Flowers of Romance. Radiohead are now effortlessly disinterring traditional song forms out of disparate influences and alchemising them into linear narratives free from verse-chorus structure in similar manner, if to different effect, as Scott Walker’s Bish Bosch and Brian Eno’s The Ship. “The Numbers” settles on a cosmic jazz platform birthed from the universal consciousness of Alice Coltrane or Pharoah Sanders’ Wisdom Through Music, “Present Tense” veers into skewed and stewed calypso while elsewhere Yorke’s predilection for hazily grainy Boards of Canada style electronics is still being used to good effect.

Finally, “True Love Waits”, which sounds like it could be a love song for a cherished small child, makes for a delicately restrained ending which cradles you in a hammock of stars. If you still long for guitar detonations with Radiohead, then it really istime to move on elsewhere. With 2000’s Kid A and tracks like “Treefingers”, Radiohead were regarded as a group taken leave of their collective senses. Instead, they have refined themselves into a musical entity which is translucent, opaque, shimmering without borders or restraints and spinning endlessly in and out of reach. Radiohead help us understand the times we live in, not by appealing to our base instincts, but by showing us what we could be.