It seems like it was only yesterday that, as a young kid slowly discovering heavy music (and music in general), I was introduced by my older cousins to this intriguing mask-wearing band called Slipknot. It was the summer of 1999, their famous self-titled record had just been released, and I will never forget the feeling of listening to these songs (or should we call them “anthems”?) for the first time: they were brutal yet catchy; modern-sounding, yet rooted in tradition; most importantly, they were brilliant – to this day I often go back to the album (and the equally awesome Iowa) and have a blast, enjoying them just as much as I did at the time. After all, even though my tastes have certainly broadened, I will always love the bands associated with the nu-metal movement- I grew up with them, and therefore they will forever have a special place in my heart.

Now, before we go any further, it is true that, over the years, the band has changed a lot, losing some of its key members – from drummer Joey Jordison to bassist Paul Gray (who tragically passed away in 2010) and, most recently, percussionist Chris Fehn. Those changes certainly raise relevant questions about their journey: should they continue? Does it make sense to keep going? All possible answers are valid, yet none is right or wrong…

Still, what really matters is the music, though I must confess it took me some time, after listening to We Are Not Your Kind, to get my thoughts down on paper. Why? Well, to be totally honest, I wasn’t sure what to think of the album: it had its moments, yes, but it also sounded a bit “weird”occasionally. I then made the decision to carefully listen to its fourteen tracks over and over again, and I can tell you it was the right call – in fact, you should do the same before making up your mind.

As you can tell by what I just wrote, We Are Not Your Kind is not particularly easy to digest, but its (initial) strangeness is one of the many elements which makes this record one of the most fascinating albums Slipknot has ever put out. When they absolutely want to, the boys from Iowa can still present something undoubtedly impressive: here, they sound focused on being what they have always been (and delivering what is expected of them) while expanding their universe by exploring uncharted territory like never before, from small but significant details like the choir vocals performed by The Angel City Chorale on “Unsainted (a possible future classic and live staple, just like “Wait And Bleed” or “Spit It Out”)” to songs like “My Pain” or “Not Long For This World”, both examples of the band’s decision to embrace the universe of dreamy and atmospheric electronic sounds- the closest to something like this probably being “Danger- Keep Away”, from the already distant year of 2004. 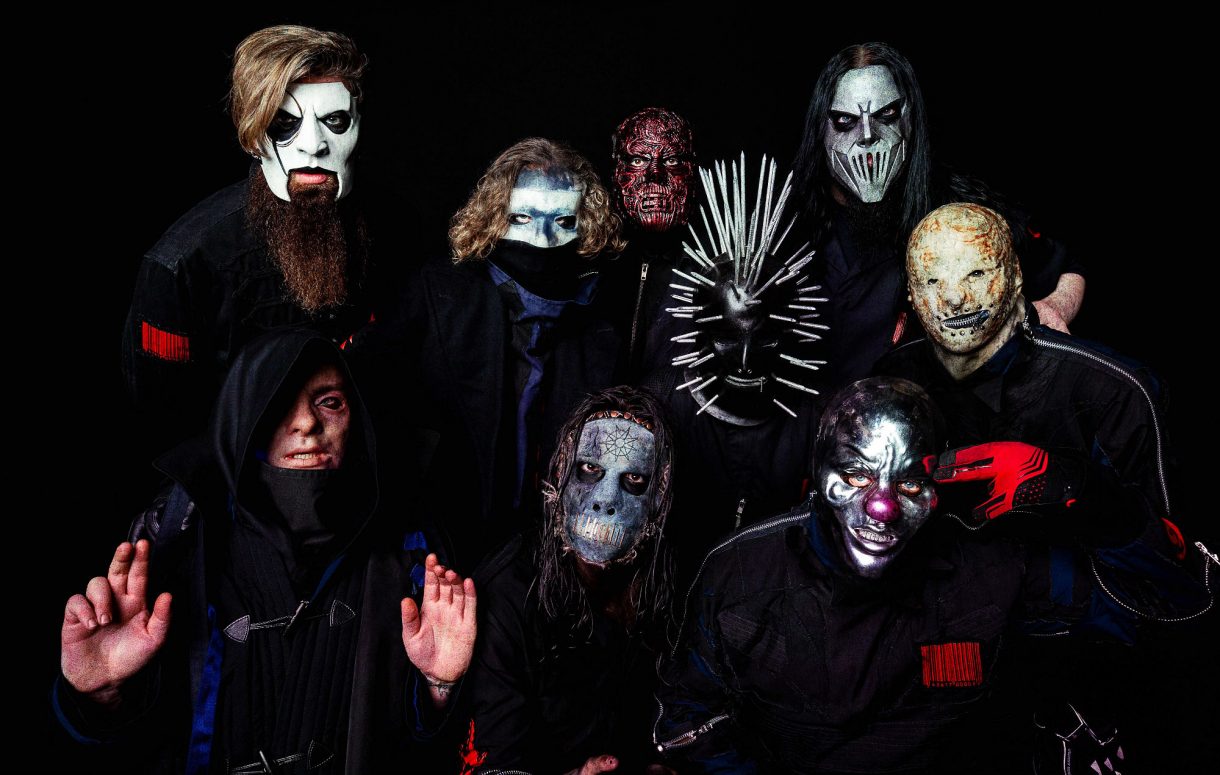 Make no mistake, this is an album created by a group with something to prove, eager to unlock their full artistic potential and be the best current version of themselves. The greatness of the record also relies on the perfect balance between raw aggressiveness – some of these songs (like “Orphan”, a delicious, powerful dose of adrenaline, full of anger and emotion) could easily have been in the legendary Iowa, for instance – and the highly experimental elements (mainly those moody and electronic passages which, as evidenced by the inclusion of the short and sweet “Death Because of Death”, can also act as small breaks from the relentless sonic mayhem) we assume they wish to make, from now on, an integral part of their musical identity, even though hints of that (possible) direction were already there. It’s as if this album is the one they always wanted to create, but were never able to… until now. We feel them pushing the boundaries of their creativity in an attempt to discover how far they can go, and that… damn, that is just an awesome feeling.

However, it is safe to say they are being somewhat careful with their experimentalism, maybe because they don’t want to abandon their vintage intensity and the goal was always to get the best of both worlds (most likely what happened) or maybe because, deep down, they still don’t want to pull a “Load” (for the record, I happen to like that infamous Metallica album) and upset their fanbase , the loyal and strong army who has stood by their side all these years, even when being into Slipknot was no longer considered “cool” by mainstream audiences. On the other hand, even if that’s the case, it is worth noting that the whole band sounds “free” and motivated; having obviously achieved a comfortable level of creative freedom, they ended up with songs and concepts they had never been able to fully develop previously, like “Spiders”, featuring a piano riff you could hear being played in some casino, or the aforementioned “My Pain”- which is, by the way, truly incredible, offering an introspective, dark and mysterious atmosphere reminiscent of the seminal trip – hop albums released in the 90’s. Sure, this is not the first time they tone down the brutality, but the thing is, they had never taken it this far before. In the end, it all sounds like Slipknot – different, of course, but familiar enough- think of a group who has just unleashed its full potential while remaining heavy and violent, and you get a pretty good idea of what we have here.

It must be said, though, that not every song is necessarily perfect (“Red Flag”, while fast and efficient, sounds inferior when compared to others) and the album is slightly too long – one must really be in the mood to listen to it all the way through. Nevertheless, this is their best record in a long time, with only their 1999 and 2001 studio efforts surpassing it.

Words: Jorge Alves –  We Are Not Your Kind is out now on Roadrunner Records.