Following their acclaimed self-titled debut last year, SPICE have returned with a new EP, featuring two songs: “A Better Treatment” and “Everyone Gets In”, and it will be out on November 19th via Dais Records. These new singles further refine the group’s singular mix of weathered melody and abrasive poetics, equal parts bracing, bruised, and cryptic. SPICE singer Ross Farrar speaks of the band’s ambition to forge a sort of aesthetic patois: a mode of expression as strikingly regional as it is recognizable.

Side A single “A Better Treatment” began as a song about a friend who died but through the turmoil of collaboration transformed into something more macroscopic and opaque, blurring the boundary between hopeful and defeated (“I thought loving someone would cure my self-hatred”). Bass and drums build against walls of guitar while the violin threads its own melancholy within the noise; Farrar is blunt about the intention: “The violin is an instrument of death you know.”

Listen to SPICE’s new single “A Better Treatment” below:

Side B “Everyone Gets In” presents a poppier and more pained side of SPICE; it’s an anthem for angst aging into the reverie of regret. It’s music of raw truths and rejected pedestals, storied but unswerving, a revolt against the great regress.

A Better Treatment B/W Everyone Gets In artwork & tracklist: 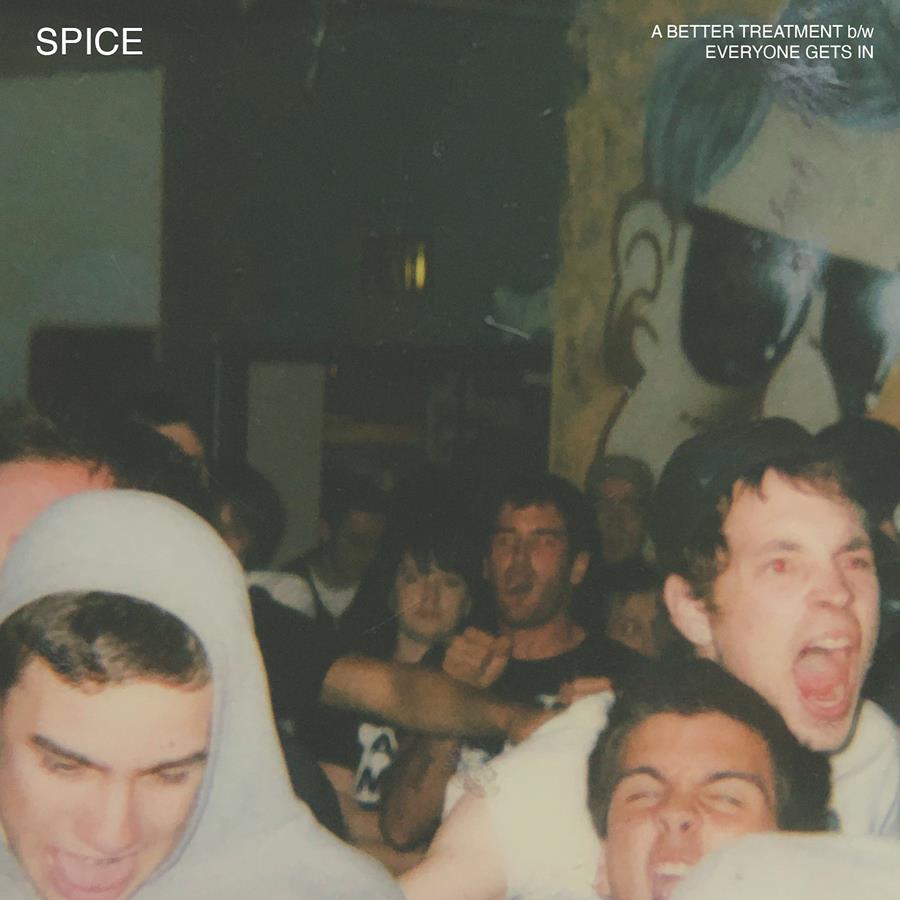 Side A: “A Better Treatment”
Side B: “Everyone Gets In”