Succumb have returned with their sophomore album, XXI, and it will be released on September 24th via The Flenser. On XXI, Succumb set out to make an album that feels more immediate and unpredictable, with a more aggressive production and the vocals much more front & center.

Today, the group have shared the album’s first single, “Okeanos”. Listen to it below:

XXI is titled after The World—final tarot card in the Major Arcana. Its imagery typically features a tetramorph that refers to the four directions or the four elements. Its upright meaning represents completion. Its reversal represents fixity. The album art is Stefan Thanneur’s interpretation of the album’s allegorical treatment of the elements and the alchemical union of opposites.

Recorded with Bay Area luminary Jack Shirley (Deafheaven, Bosse-de-Nage, Botanist, Oathbreaker, etc.) — also at the helm for the new album XXI — Succumb released their self-titled debut album in May of 2017 and received praise from publications around the globe. 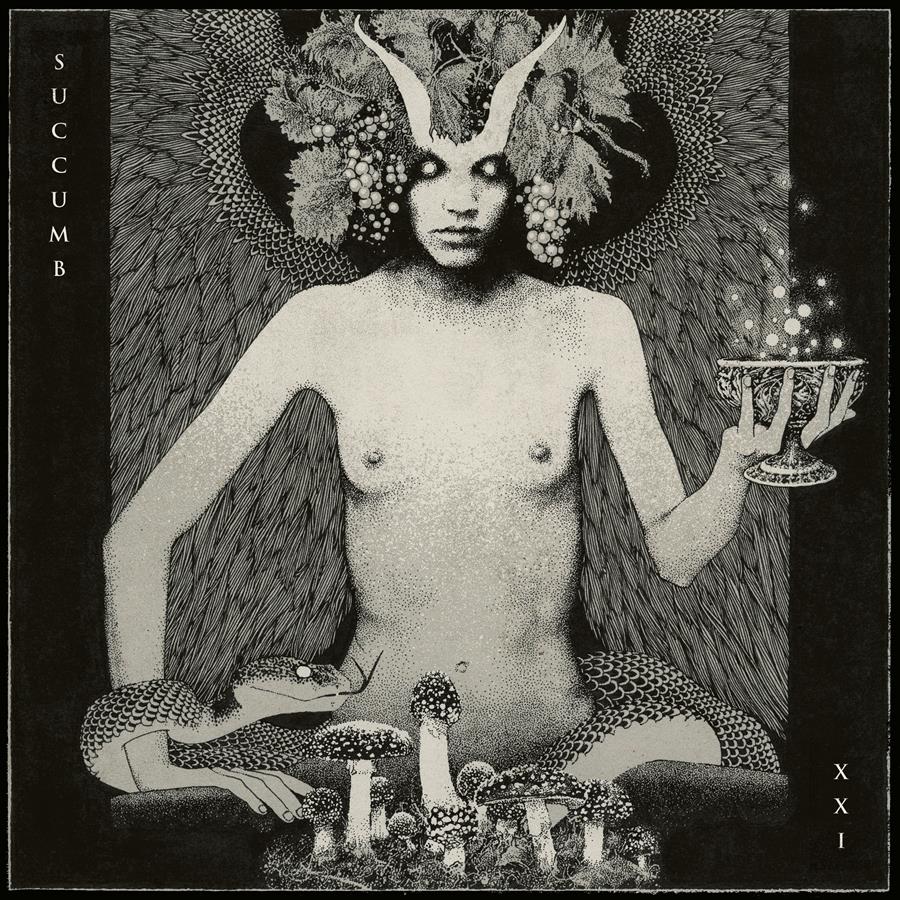