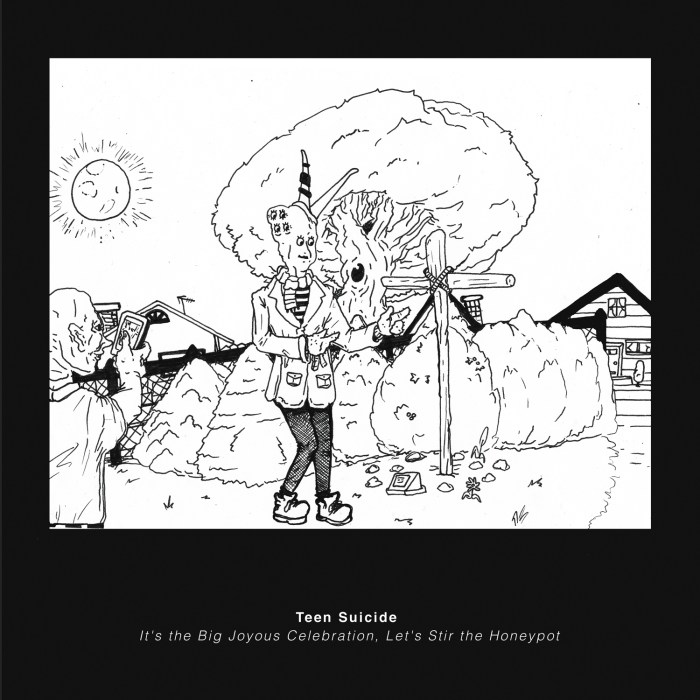 Billed as the last official Teen Suicide album before they return under a new moniker, still TBA, It’s The Big Joyous… is certainly one way of ending things on an extended high. Running at 26 tracks total, nailing down exactly where this record would belong in your collection is tough. With tracks that flirt between genres, from sax laden soft rock numbers, shoegaze indie through to somewhat electronic dance, it’s safe to say this is far more of a greatest hits of genres than it is for Teen Suicide, though they’ve made sure that the last hurrah is certainly unforgettable. If the 26 tracks feels it could be daunting, give it a go, there’s enough variety so that it doesn’t become torturous and you might find an aspect of Teen Suicide that you love, and there’s more than enough to go around.