Extended Plays (EPs) might not receive the same attention than full-length albums – and sometimes not even the same attention as singles, oddly enough – but there’s no denying the importance that this type of musical recording has. Sometimes it’s the first introduction to new bands/artists’ music, sometimes it’s a platform that provides the space for bands/artists to experiment more with their sound, sometimes a connection point between full-length albums, and sometimes even the preferred musical recording type of some bands/artists. 2015 brought to the shores, as always, solid musical work in this type of musical recording. Below it’s our list (without any specific order) of our favorite 14 EPs released during the 365 days of 2015. 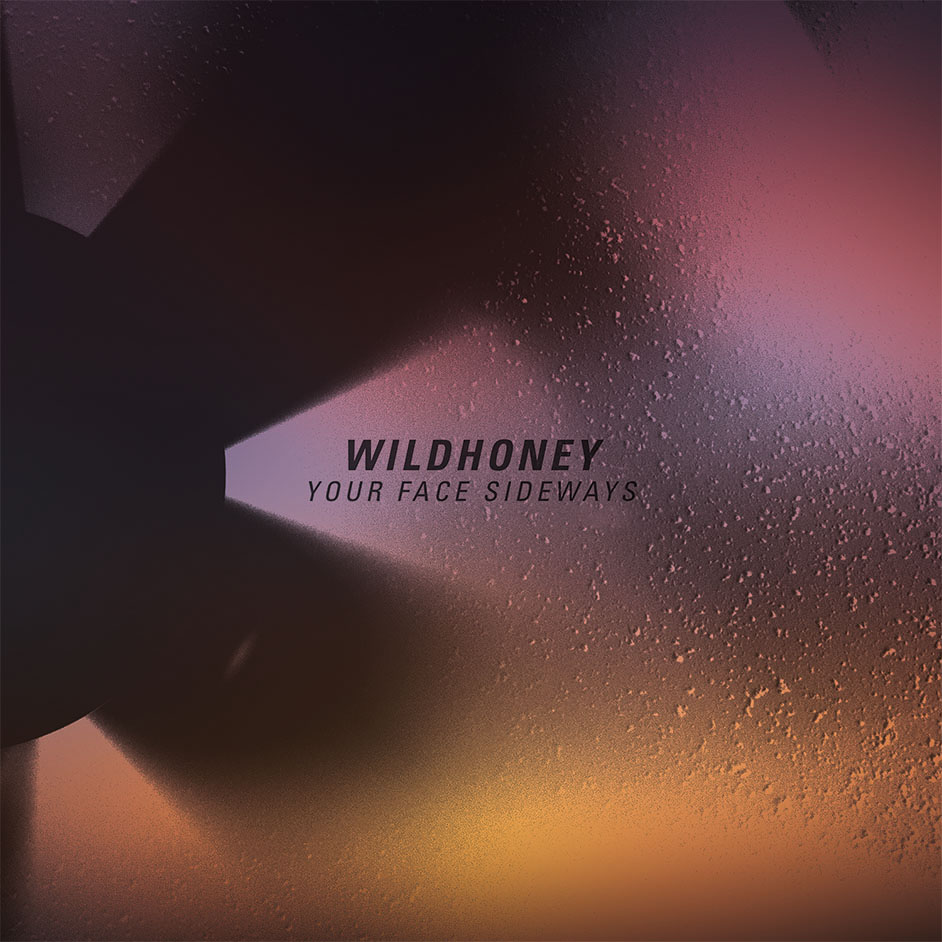 In an introspective and honest way, Wildhoney were able to put together six songs that managed to follow-up in a great form their debut album. It’s neat, riveting and catchy. The dreamy vocals melt (in a good way) with the atmospheric and lovely sounds. The track “FSA II” – which is a continuation of the track “FSA” released on Sleep Through It – is kind of a twelve minute jam that will take you into their beautiful and turbulent world. 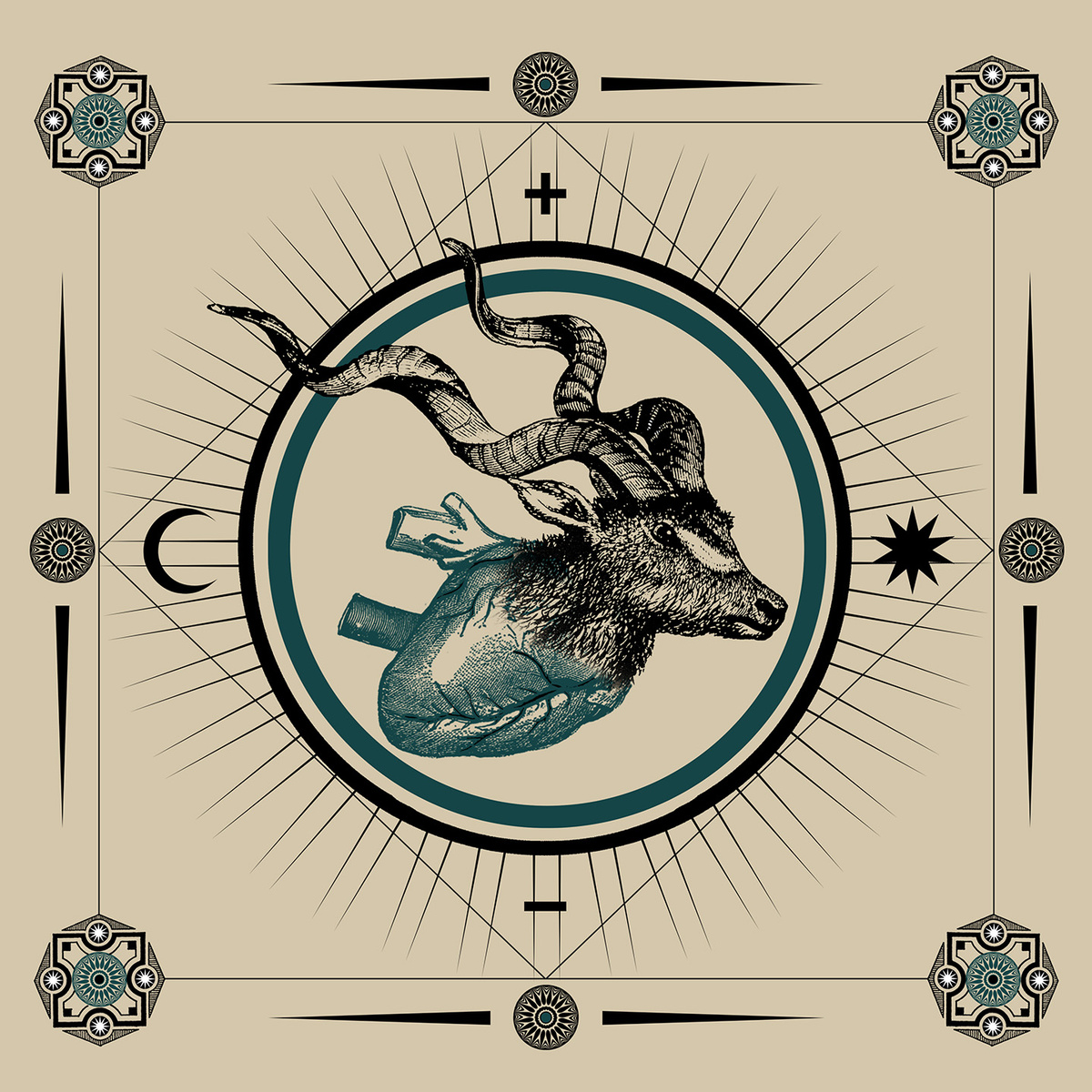 Here’s a band that’s hard to pin down. OHHMS are brutally heavy and for 35 minutes we get exactly that. Cold has only two songs, both go from their atmospheric prog rock to their post-sludge apocalyptic madness, but it’s their interludes inside the tracks, especially the first track, “The Anchor,” that really lift us and makes us feel uncomfortable and out of our comfort zone. This is an ambitious effort. They’re raising the bar and bringing some fresh elements to the genre. 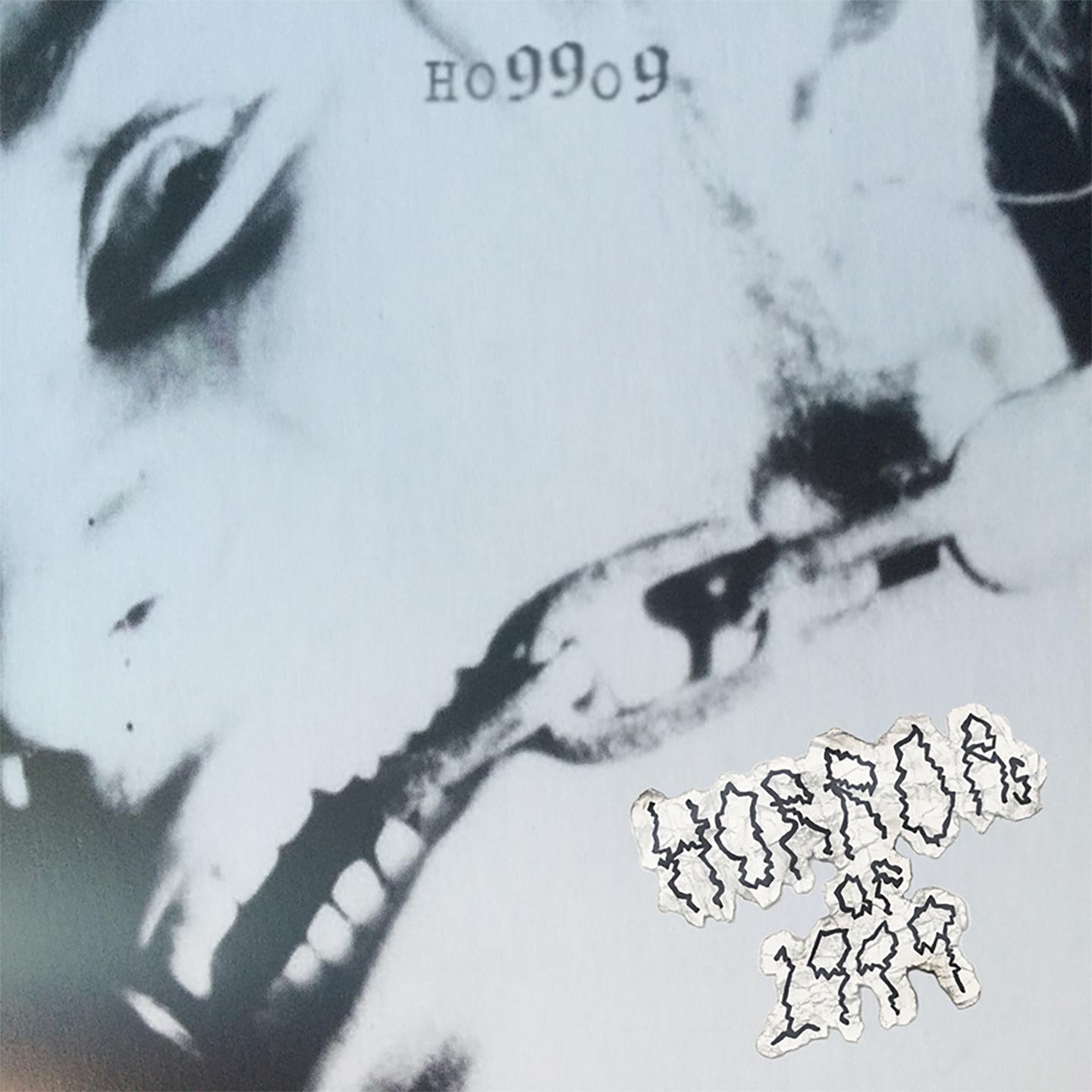 Ho99o9 are a fuckin’ crazy ass band. But what kind of craziness? Opener “No Regrets” is as dirty and deranged as punk allows them to; “Day of Vengance” is slow-burning and the beat makes the track a hell of a drug induced trip; “Private Parts (Skit)” is street knowledge while “P.O.W. (Prisoners of War)” takes the queue to go hardcore, rapping; “Gates of Torment” is highly experimental and noisy; and it closes with dirty punk again with “Savage Heads”. This just with ten minutes of music. With Ho99o9 there are no rules. It’s hip hop, rock, punk, experimental, and more importantly… it’s everything in between with a fucking raw attitude clearly coming from a very honest state of frustration. Violence! A hell of a debut. 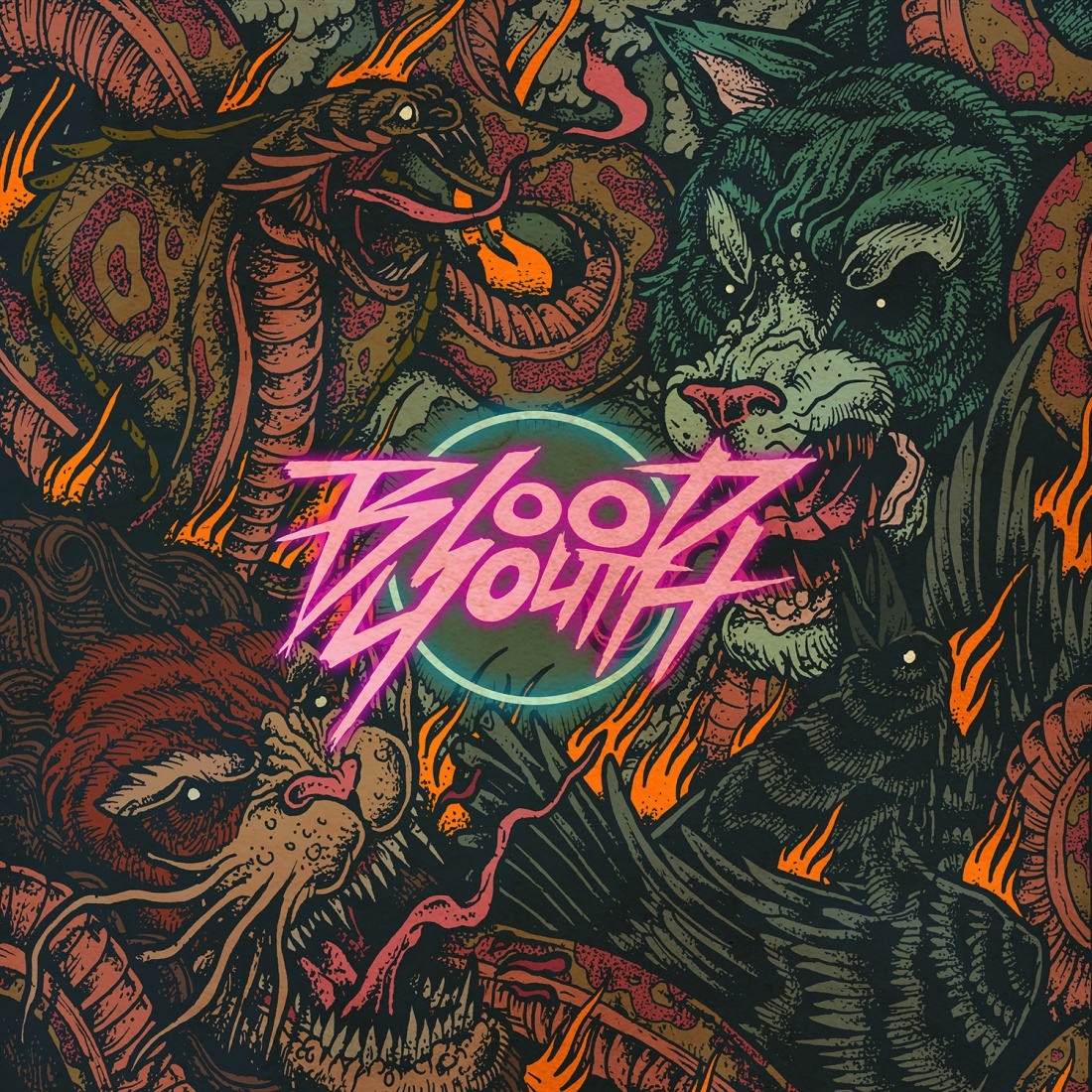 On 2014 Climates came to an end when the creative input between frontman Wes Thompson and the band clashed, their visions for the band’s musical future were totally divided and the result was that they couldn’t carry on anymore as a unit. Blood Youth was the catalyst for the other – now former – members starting from zero, creating a new identity of their own. Inside My Head is an intense and cathartic effort, where they were able to channel their frustrations and fears into music, giving a new meaning to their own struggle. Anxiety, vulnerability and fear about their unstable future were the fuel
to ignite this heavy and ferocious emotive effort. 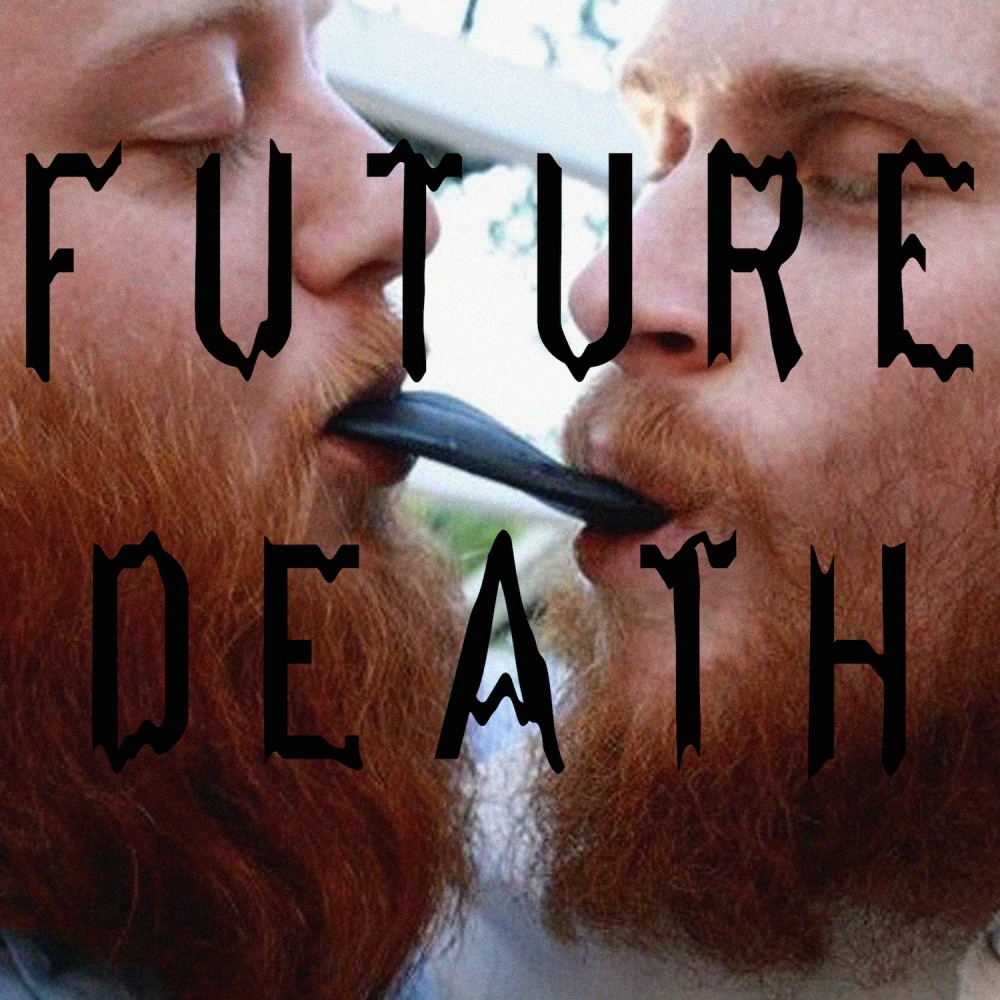 Cryptids is bloody exciting, not only for what it actually is, but also for what it represents. It’s a big step forward in the artistic and music endeavors of this Austin-based band. Last year’s Special Victim, the Future Death’s debut album, was special, with their space punk that welcomes noise as well as a great pop sensibility, but with this new EP they have taken the time to delve into the studio and craft something more sophisticated, more developed, and more cohesive. This is definitely the work of a band that is committed 100% to studio work – easily attested by the way all the pieces intertwine. Cryptids is an
impressive lean forward and after hearing it is hard to not be excited with Future Death’s future. 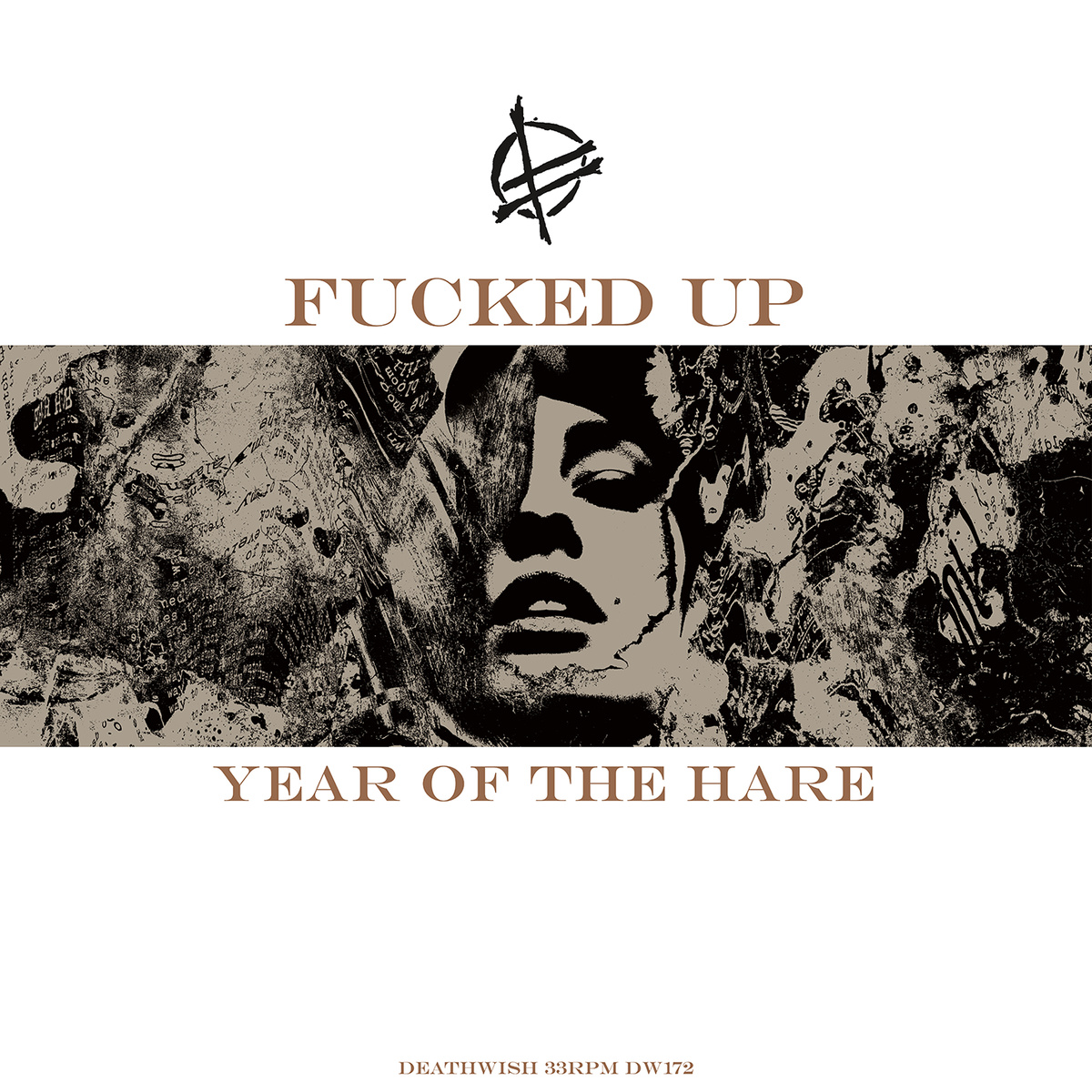 FUCKED UP // Year of the Hare EP (Deathwish Inc.)

Year of the Hare is the latest installment of Fucked Up’s Zodiac themed releases. Recorded and created over a two year period, Year of the Hare is another experimental chaotic artistic statement, two discordant almost post-everything songs/masterpieces that totally transcend any kind of genre or even sub-genre associated. “Year of the Hare” is quite possibly one of the best songs they have made, the vocal contrast between Damien’s raw and guttural voice is perfectly balanced by Isla Craig’s haunting, beautiful voice. Once again, their ability to push forward their own sound was a success, even their detailed palette of noise is an adventurous, intriguing and epic achievement. 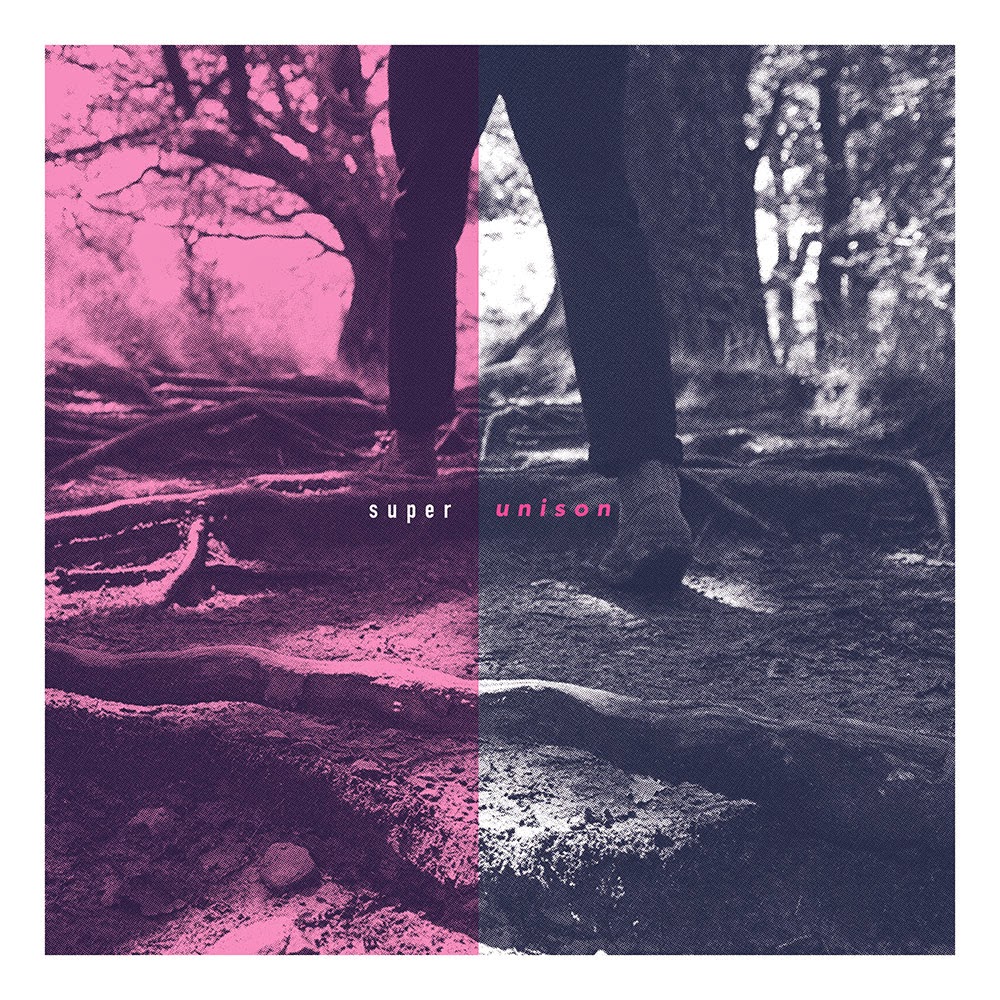 It’s not every day a band comes along that can easily be compared to acts like Sleater-Kinney, Black Flag and Coliseum… Just to name a few. Recorded in February, this self-titled EP is too damn good to be missed. It’s only 7 minutes and 4 songs, but your time will be for sure enriched if you listen to it ten times in a row. Super Unison – the name of that same awesome 7-minute song from Drive Like Jehu – sounds like early Sleater-Kinney, but with that Dischord Records and riot grrrl Kathleen Hanna vibe, it’s fast and intense post-punk/hardcore and vocalist and bassist Meghan O’Neil Pennie sings differently from what we were used to in Punch – Pennie’s last band -, which works really well. Super Unison are pushing the boundaries of what hardcore or post-hardcore sounds like nowadays. Their humble sound are quite adventurous. As far as confrontational art goes, it doesn’t get much better than this. 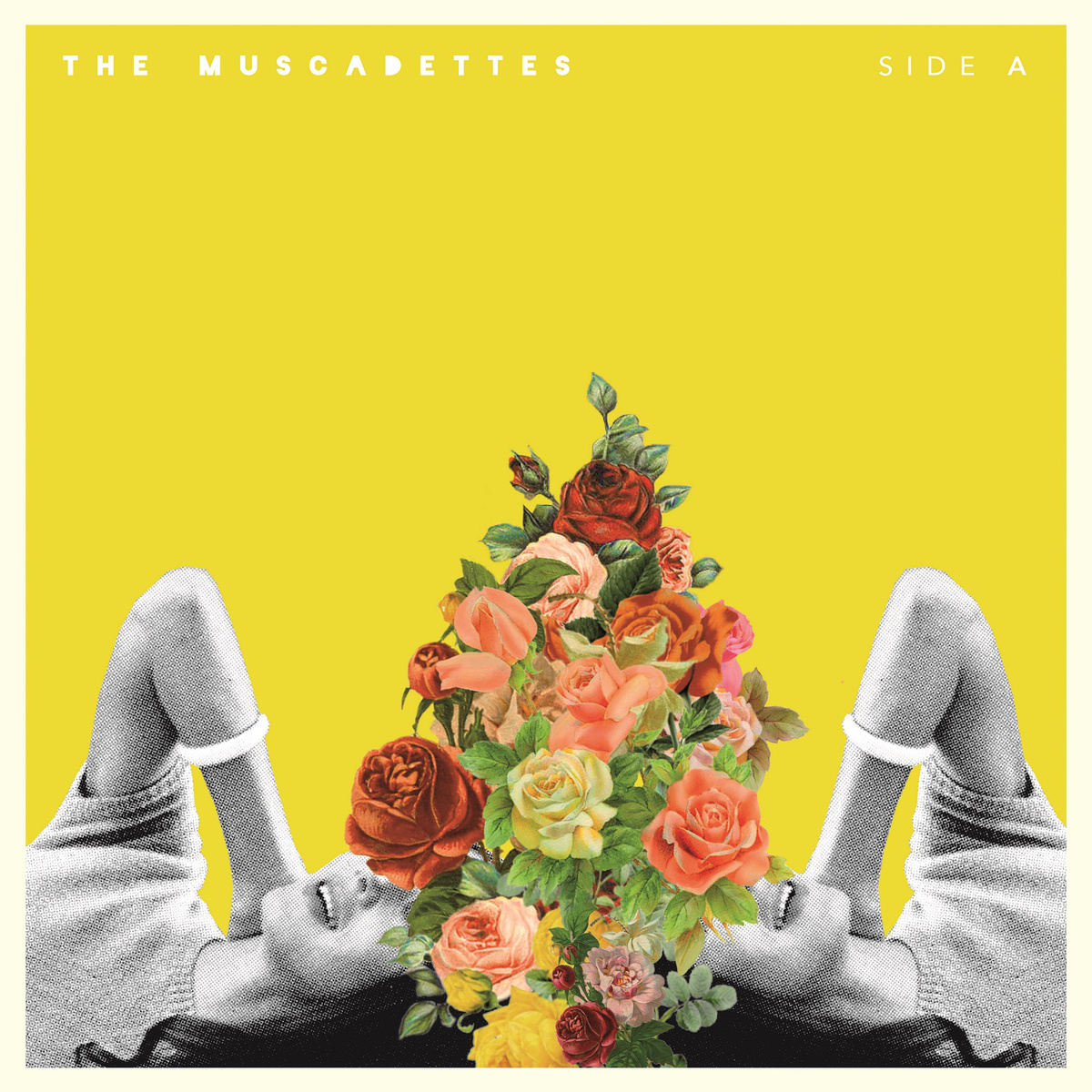 With a sneering garage attitude and lurching punk anthems with that classic vintage ‘60s surf music meets ‘90s grunge is what you can expect. Side A is full of that non-stop and energetic rock n’ roll Le Tigre meets The Pipettes Summer dreamy experience that nowadays only a few new acts are able to deliver. Bringing that girls’ schoolyard shouts, with perfect balanced harmony vocals, Side A is an enthralling, twinkling sparking catchy, with those fuzzy harmonies akin to early surf rock Best Coast recordings. 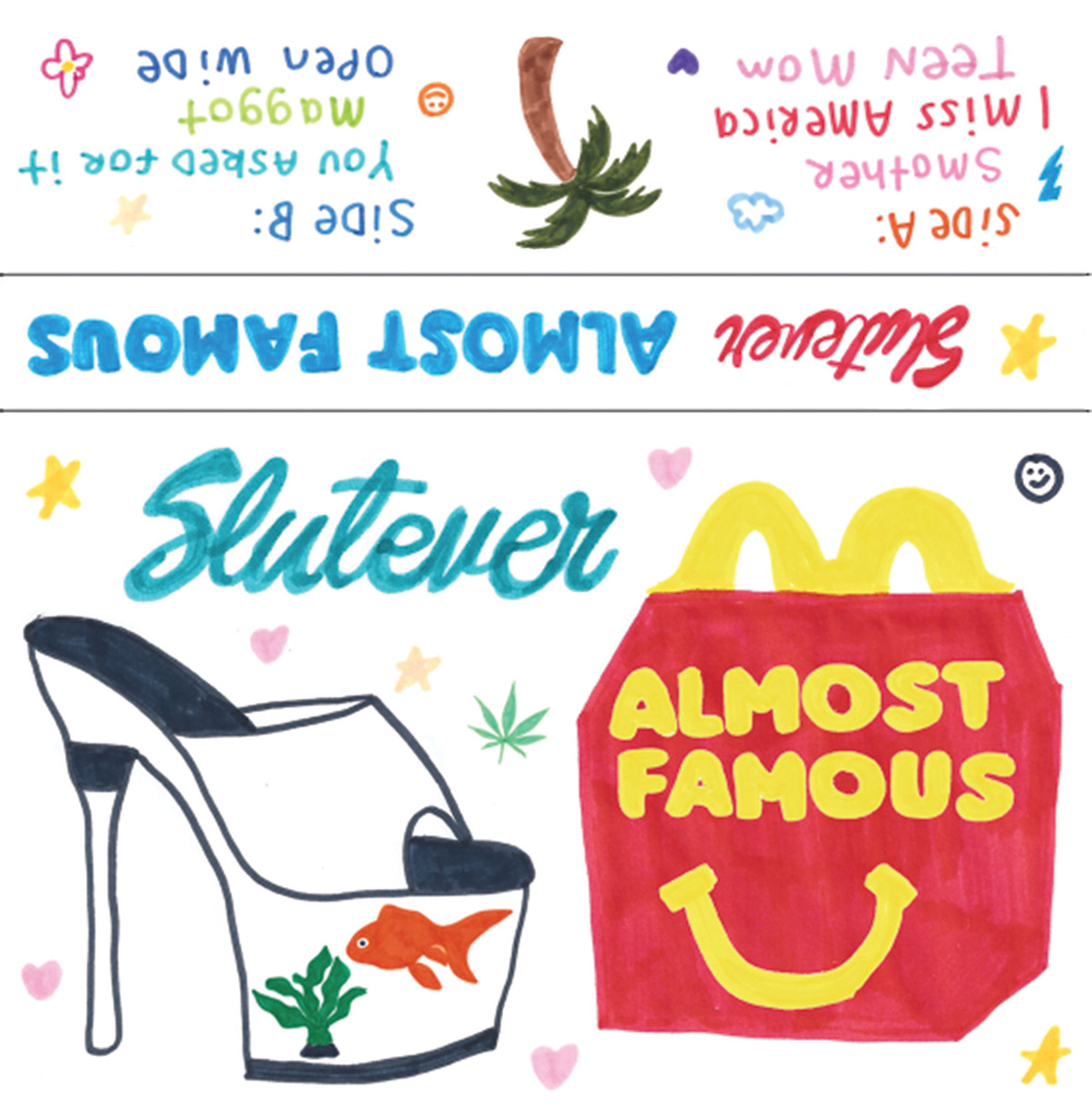 LA-based punk post-grunge duo have proved themselves to be more than just another clever name in the business. Still only in their mid 20s, Nicole Snyder and Rachel Gagliardi offer a bit of their own world, where they have the ability to upset some of that pseudo punk purist and leave that 90’s L7, Babes in Toyland, Hole revivalist fans for sure excited. Slutever mean empowering women full of that not so cliché feminism anthems and they have the talent to add some humor to the mix, which is absolutely amazing. We may say that they are the perfect product of Clerks meets Beavis And Butthead meets Daria meets Hole meets L7 awesome mix. Almost Famous EP is slacky and goofy, they sound great and they’re raw and more punk than most of that pseudo punk bands we have nowadays.
Uncompromising and challenging! 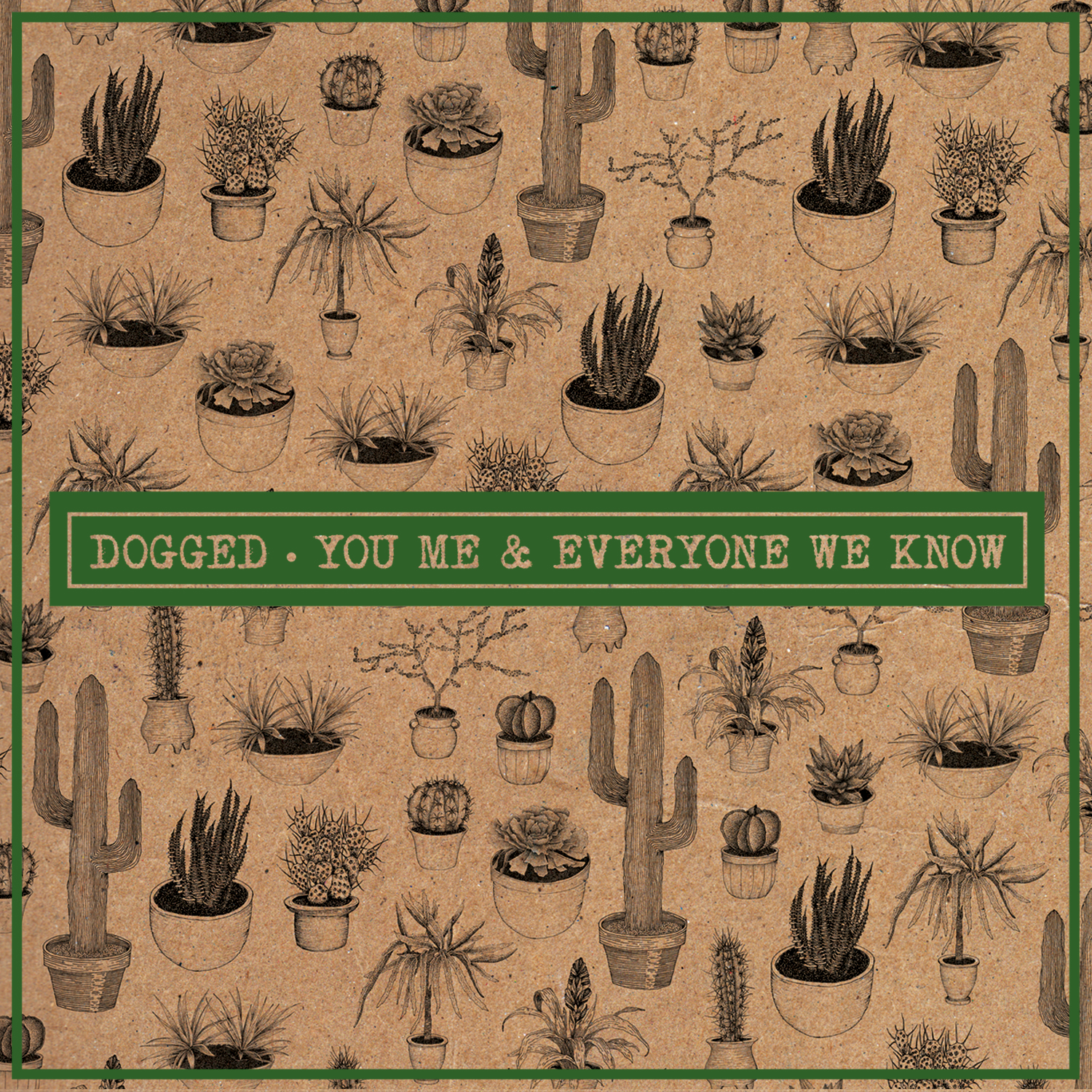 YOU, ME AND EVERYONE WE KNOW // Dogged (Rude Records)

After years battling with addiction and mental issues, Ben Liebsch is back with his band YMAEWK and also give us a new set of all brand new songs. Dogged EP is an honest and introspective look into life’s big questions, where we find Liebsch picking up basically where he left off. Sometimes life just happens, giving us a hard time, but what doesn’t kill us makes us stronger, right? Dogged is a strong statement of a man who came back to fight! 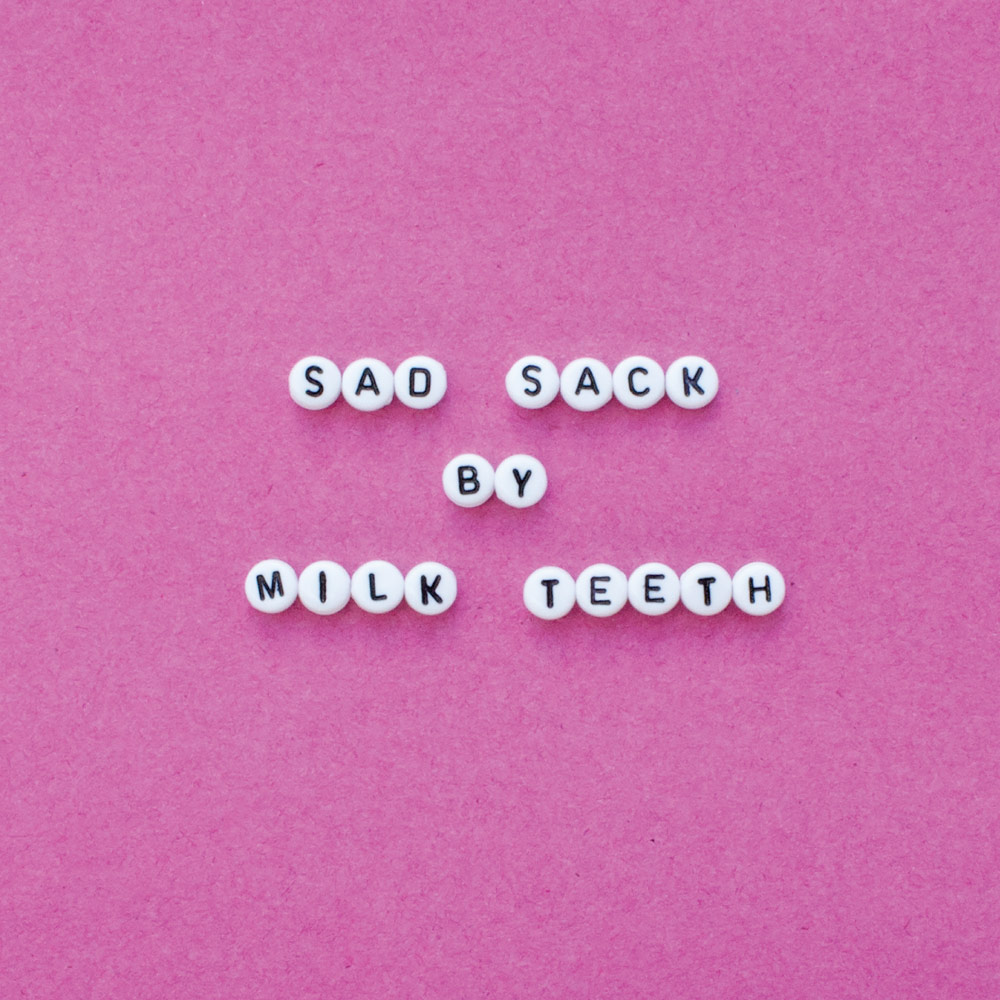 Bristol’s quartet Milk Teeth are one of those bands that stand out in the grunge revival and since the release of their Smiling Politely EP they have worked their asses off to show how good they really are. Milk Teeth sound like an angrier version of Nirvana but with pop sensitivities, and they even reminiscent their contemporaries Japanese Voyeurs, but let’s be fair, they can stand by their own name. Sad Sack is their new EP, the first with Venn Records, and it’s a compelling EP. From start to finish, they mix melody with noise and Becky’s sweet voice and Josh’s furious shouts go along so well. Heavy bass lines, noisy/melodic guitar riffs and frenetic drum beats is what mainly reigns in this 6-track EP. 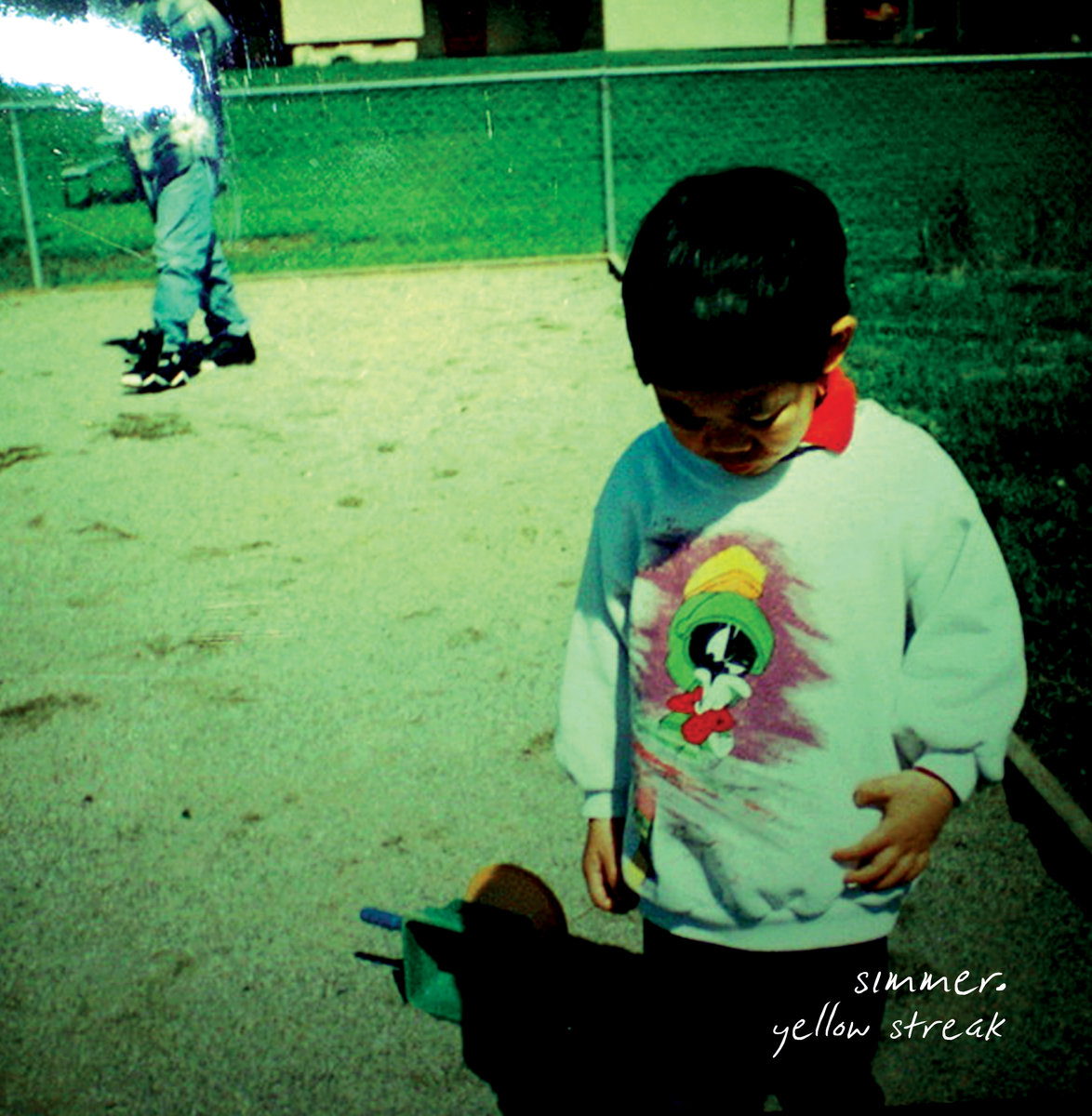 Some will say they sound like Whirr, Nothing or even Basement, which it’s a good comparison, but simultaneously some will say they bring something different into this kind of style, which it’s true. Having Sunny Day Real Estate and Fugazi as main musical influences, it gives an edge to their songs and there’s no monotony on these atmospheric and emotional noisy tracks. 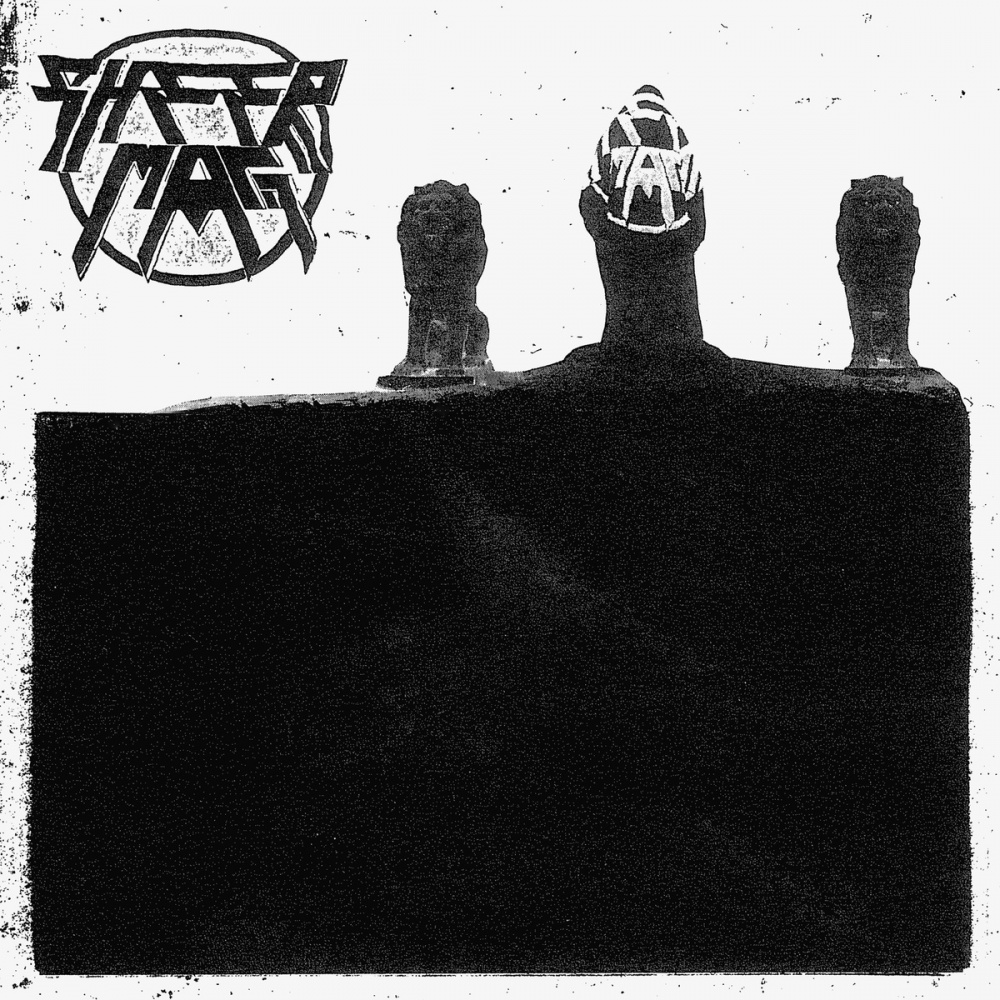 Brooklyn’s Sheer Mag might be one of the most well kept secrets of this musical year of 2015. And it’s not like you can convince a lot of folks of how good their music is, especially the latest II EP, if you describe them as a lo-fi hard rock band. It seems dated and somehow counterproductive. But what would happen if we took the time to explain you that the kind of hard rock they’re playing is more in debt to the punk attitude of the New York Dolls and Television, with a clear Southern flavor, and a strong unwillingness to let sticky pop melodies at the door? It was really just a rhetorical question. Go ahead. 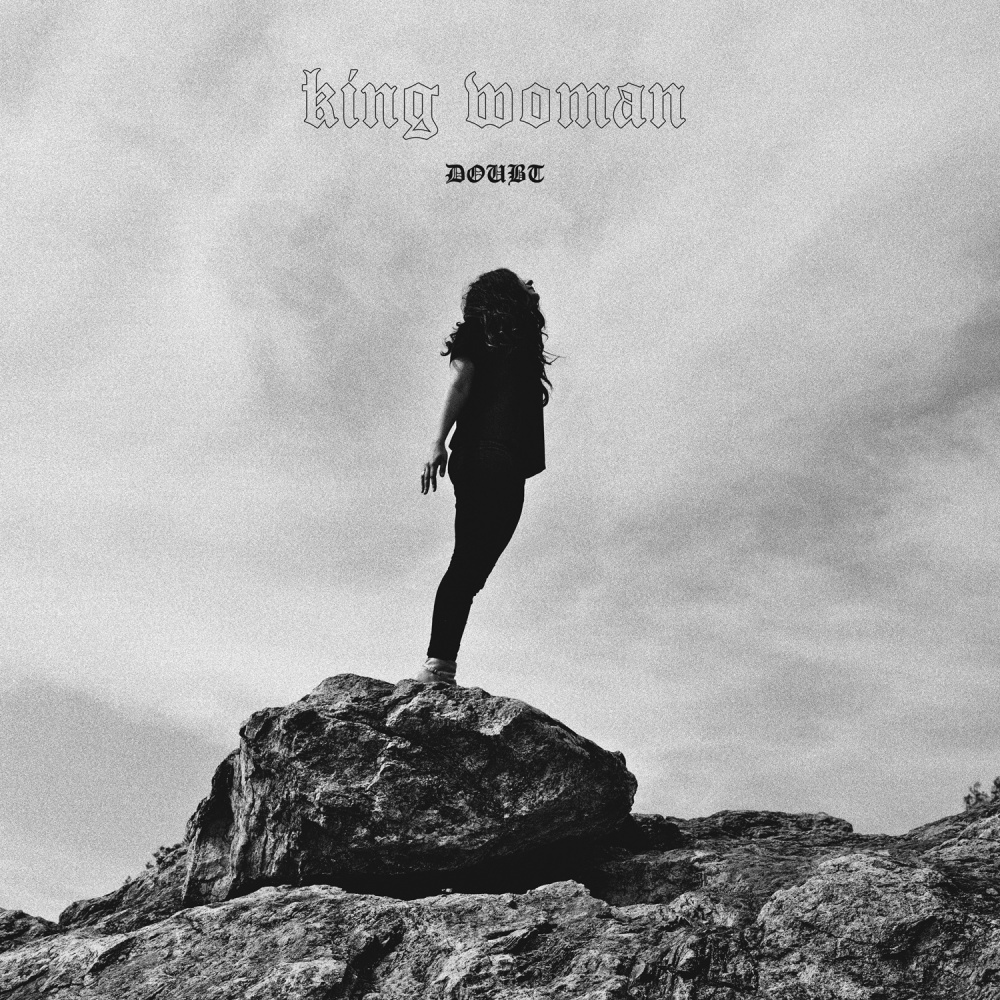 King Woman is a project formed by Kristina Esfandiari, which you may know her from her time on Whirr or her solo project Miserable, but after releasing two two-song EPs. This new EP Doubt marks the first release with a full band. Having Black Sabbath, OM, Neurosis and Jesu as some of their musical references, Doubt is an intense, dark and highly introspective EP. Kristina sings about heavy topics, such like religious abuse, sex, metaphysics and heartbreak as well as physical abuse, and through her own words we feel her own emotions. It’s a thick and gloomy ride. Get ready to deal with such strong and impetuous music, because Kristina is no queen, she’s a King Woman!