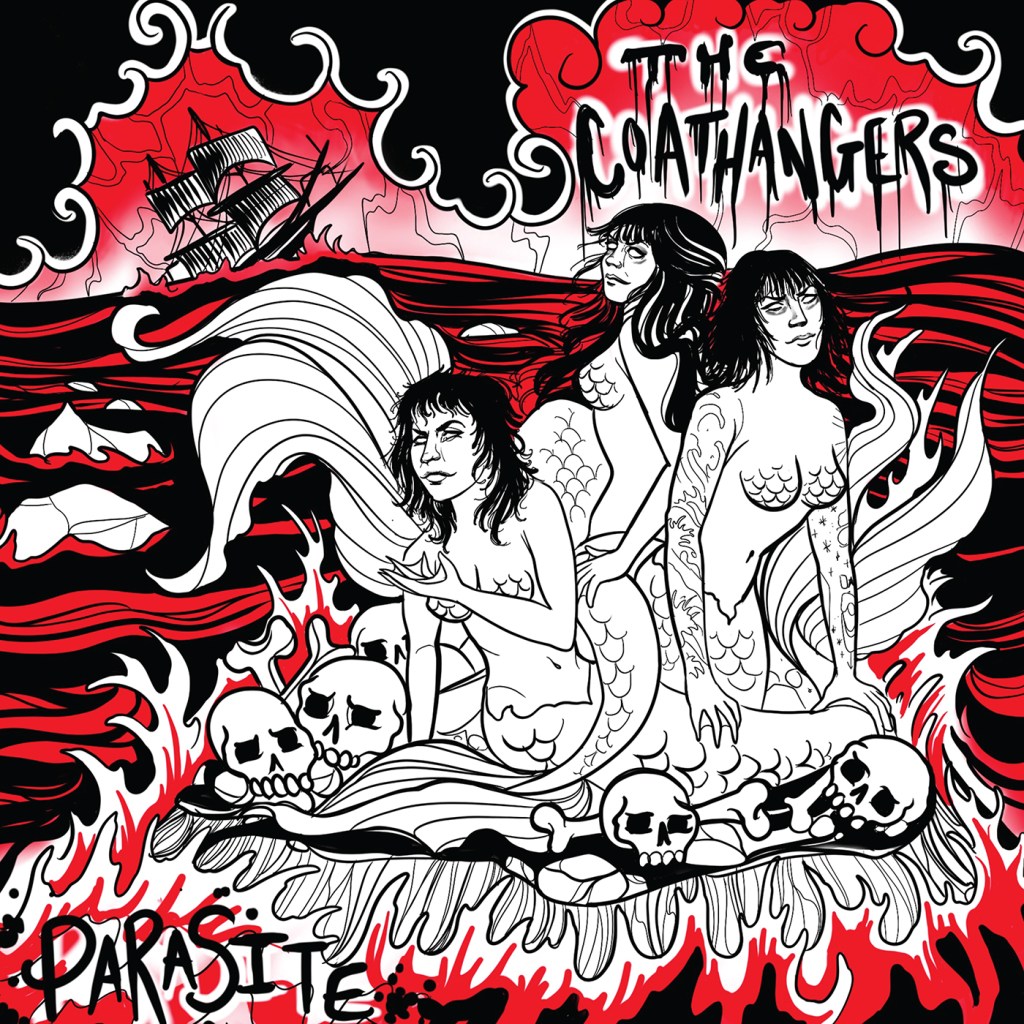 Atlanta, GA’s The Coathangers are a hold-no-punches trio making catchy, empowering indie-rock. Just a year after their last full-length, Nosebleed Weekend, they have released the Parasite EP, which features four new tracks and an alternate version of “Down Down,” one of the stars of the aforementioned LP. Sharing vocal duties as always, the sweet-and-sharp voices of Julia Kugel (Crook Kid Coathanger) and Meredith Franco (Minnie Coathanger) contrast the deeper, abrasive notes provided by drummer Stephanie Luke (Rusty Coathanger). Parasite is another solid collection from the group; while the first two tracks, “Parasite” and “Wipe Out,” are not entirely revolutionary, “Captain’s Dead” and “Drifter,” the mesmerizing closing ballad, are exciting glimpses into the band’s future.