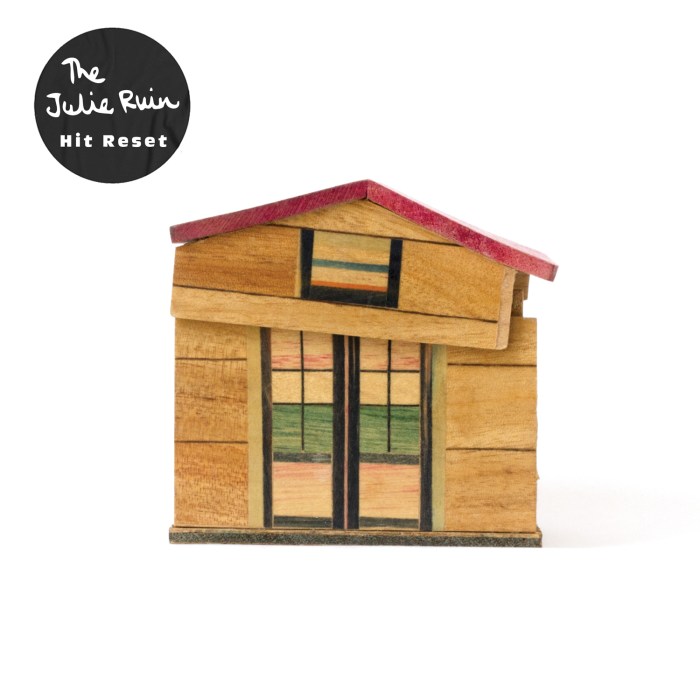 Long gone are the days when Bikini Kill first emerged and being one of the punk bands to standout in the 1990s, mostly because of their urgency to fight against sexism and other social issues. Well, that’s really well known by now, and since then their legacy lives on until this day, especially with frontwoman Kathleen Hanna. The Julie Ruin started as her solo project in 1998, then it was left on hold, and finally it all really began in late 2009.

Assuming that The Julie Ruin would be a continuation/combination of Bikini Kill and Le Trigre (Hanna’s band) wasn’t completely overdrawn, but the truth is, The Julie Ruin is a much cohesive and personal band that Hanna has been involved with and the proof was their 2013’s self-released album, Run Fast. It was such an awesome and inspiring moment to witness. Now Hanna and her bandmates are back with album number two, Hit Reset. From danceable pop beats to indie moody melodies, the band is much unified and stronger together and that also reflects on Hanna’s approach. Her lyrics are as pointed and poignant as usual, but she Hanna takes a leap into much more personal stuff such as illness, abuse, sexism, among other subjects. Tracks like “I Decide” and “Mr. So And So” are as catchy and playful as they’re instrospective and delicate.

It’s really amazing how Kathleen still brings so much energy and empowerment into her music throughout these years and she never really stops or backs down of doing what she feels is the damn right.