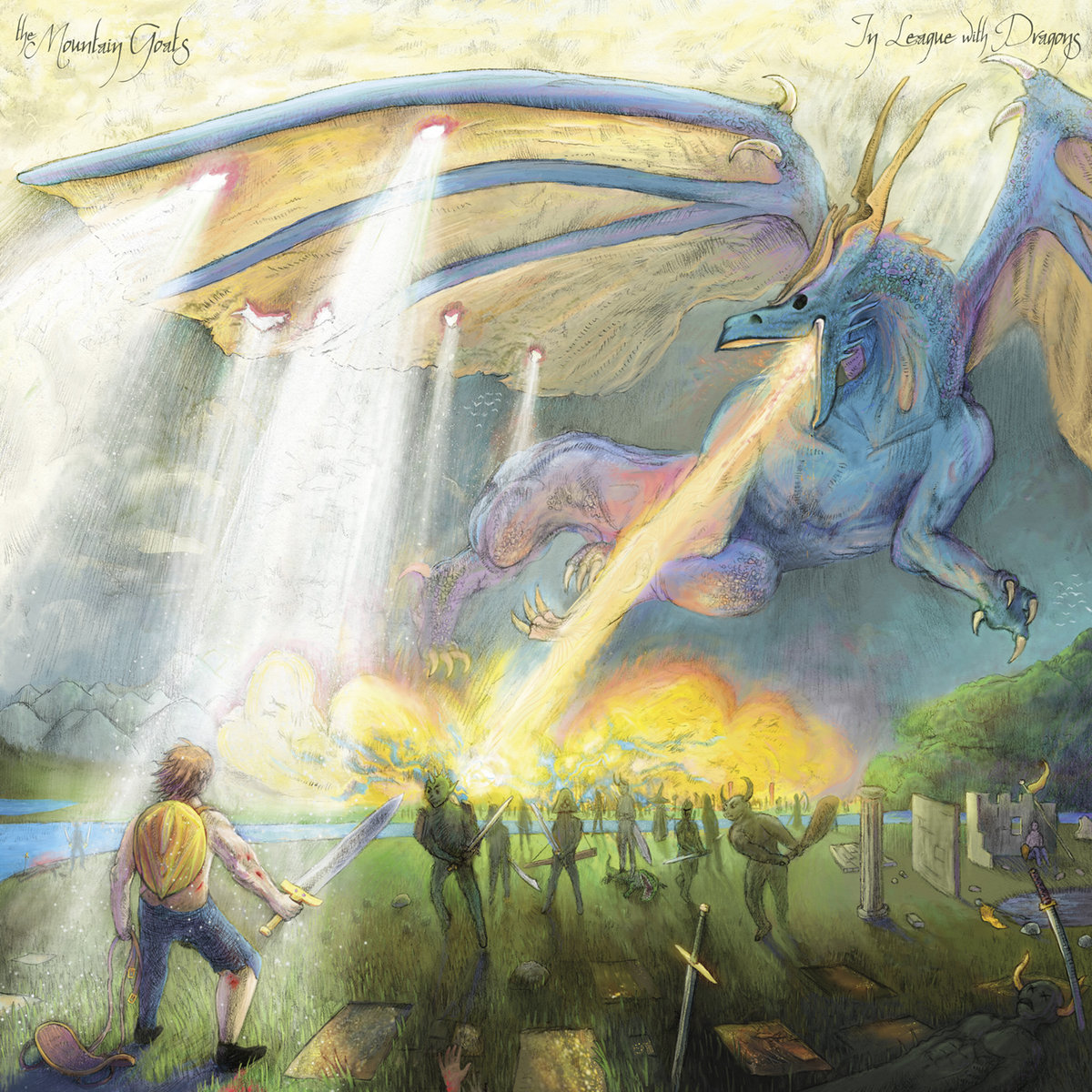 The Mountain Goats - In League With Dragons (Merge)

Some albums just have magic stitched into it’s very fiber. Albums like Tommy, The Wall, Grace and News Of The World – they each contain that thimbleful of mojo that means nary a moment is wasted and the first second of sound to the very last is a adrenaline soaked journey of discovery and nuance.

In League With Dragons is not Tommy. It’s not even Quadrophenia… It’s Barely a Sheer Heart Attack. Instead, what it is a red headed kid with freckles being picked on by the bigger kids, who snaps and knocks out his bully with a single punch – forever eternalizing themselves as one of those unforgettable anecdotes that survive in legend, is retold again and again in hushed reverent tones – but will never be as good as it would if you were there, in person to witness the gorgeous moment.

That is to say… The Mountain Goats and, more importantly, this album are definitely worth the whispered praise, they are most definitely deserving of being the gossiped about band around the work water cooler. They are hype worthy and this album deserves every single line of praise said about it. It’s a solid, memorable, repeat listen of an album that gives the big boys a run for its money and who will look great on the record shelf next to those big hitters… But, you feel that this may be their one big, haymaker of a punch.

It’s a perfectly produced-not a second waster-uppercut to the music scene which, I feel, is their one big album, before a slide into obscurity and the footnote of history.
A burst of brilliance, bolted from the blue… burning out seconds after the album ends. No moment wasted as it plays, but no fuel left for the return to earth.

Worth your attention, and the cult status is no doubt destined for, unlikely to burn as bright again.