Ohio four-piece The Ophelias have announced their new album Crocus is set for release September 24th via Joyful Noise Recordings. Today the band has shared the first single from the record “Neil Young on High“, which features Julien Baker.

Speaking about how the collaboration with with Julien Baker came to be, vocalist and guitarist Spencer Peppet explained: “We met Julien for the first time in 2019 at a show we played in Nashville. She introduced herself and I tried to not show how nervous I was! About half a year into 2020 quarantine I worked up the nerve to ask if she wanted to feature on a song from the album we were working on. She recorded her parts in Tennessee and we talked virtually. Her harmonies reinvigorated the song completely: she added lightness, openness, but also depth and complexity. It’s incredibly cool that she put so much care into those parts.”

On the meaning of the song itself, Peppet added: “After a relationship ended I would become obsessed with remembering every detail of the painful moments. I realised later that I don’t have to know what I was wearing or what song was playing to know that I was hurt deeply. I think “on high” means seeing someone as literally above you, better and cooler and more put together. I do love Neil Young, but in this case he represents a person, a time, a place.”

Filmed at various locations across including the American Sign Museum in Cincinnati, The Lodge KY in Kentucky, and the Valley View nature preserve, the band drew inspiration from everything from Twin Peaks to Joan of Arc for the “Neil Young on High” video. Peppet went on to say: “I’ve had the photo of Lorde by Perou, the Fiona Apple photo by Joe McNally, and Zendaya’s 2018 Met Gala look saved on moodboards for years, and Jo has been obsessed with Joan of Arc for equally as long. We wanted to play with the idea of literally putting one’s guard up and letting it down, visually contrasted through the full armor and the lacey dress (though still with the sword). Jo specifically wanted to call back to the deep shadows of Renaissance paintings and 40’s noir films.The natural setting next to the bright neon lights added a tension that we felt matched the build of the song.”

Listen to “Neil Young on High” and watch the video for it below:

Crocus retains the complexity of 2018’s album Almost, but revels in the newfound confidence bolstered by the growth and change the band has undergone. “Knowing that I was sharing this intimate side of myself with the world made me want to say exactly what I meant instead of relying on vague images,” Peppet muses. The Ophelias’ growth has been marked — so much has transformed and been rebuilt that the Ophelias feel like they’re eagerly reintroducing themselves to the world. “Crocus represents that state of flux, between dreaming and reality or internal reflection and external action,” Peppet says. “I had to wring this all out of my chest, and doing that is very vulnerable. But being in a band with such a strong sense of community, trust, care, and love makes that process a lot easier.” 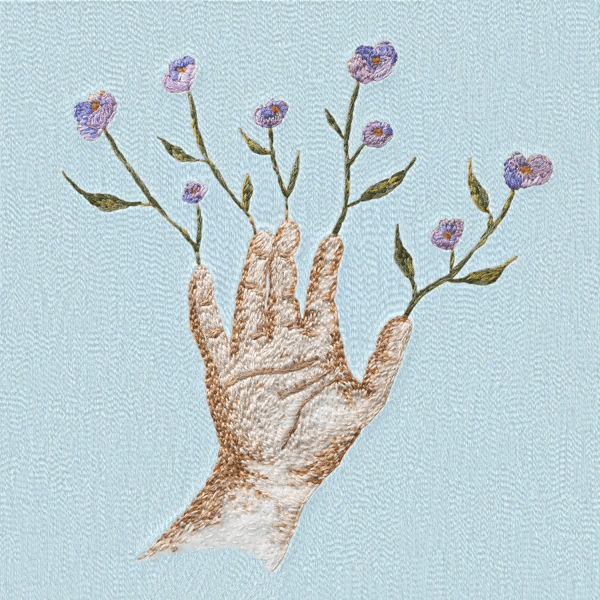