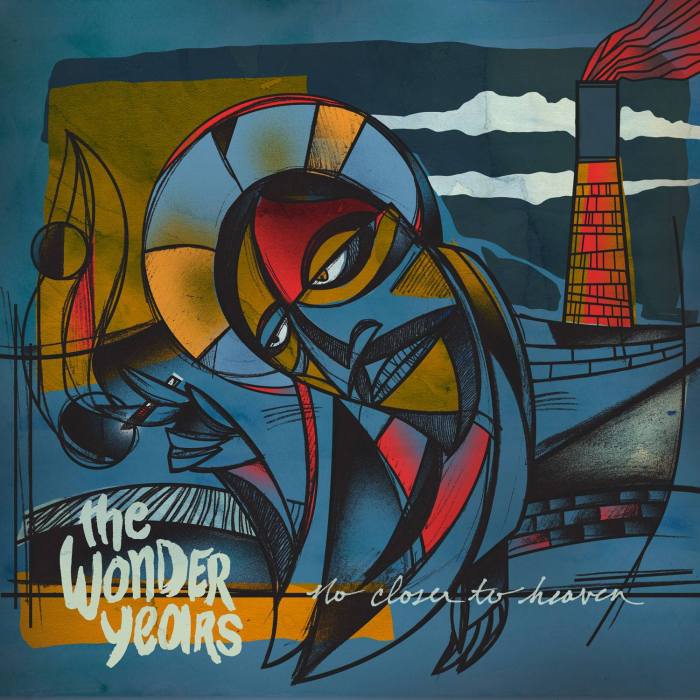 The Wonder Years - No Closer to Heaven (Hopeless Records) 2015

Let me start by saying that some writers and musicians go through a phase where nothing good comes out and they’re lacking creativity. That’s something that every artist fear to feel, but sometimes it’s inevitable. That was the case with The Wonder Years’ vocalist, Daniel Campbell, who suffered from writer’s block while writing the lyrics for the band’s upcoming album. I know, reading this it seems that their new album might be a total fail, but instead it’s probably their best one to date.

No Closer To Heaven is a tremendous effort, an honest statement from the Pennsylvania’s group. Every song has some sort of intensity, whether it’s a fast or a slow song, and Dan’s lyrics are just perfect. It’s doesn’t feel at all that he went through a period that he couldn’t write a single lyric. His lyrics are strong and honest, and the quote “We’re no saviors if we can’t save our brothers” is like the best way to describe the whole lyrical theme. To add a little more greatness to this record, Jason Aalon Butler from letlive. was a guest vocals on the brutal song “Stained Glass Ceilings” and they also had additional group vocals provided by Allison Weiss, Charlie Saxton, Brett Jones, Joanna Katcher, Natalie Schaffer and Dave Summers.

It’s records like No Closer To Heaven that makes bands reinvigorate themselves and go deeper into their feelings and emotions. It’s one of the best records of this year, just simple as that!

FOR FANS OF: Real Friends, Modern Baseball, The Hotelier