Throwing Snow, a.k.a. Ross Tones, have announced the release of his new album, Dragons, which it will be out on June 25th via Houndstooth.

Today he has shared the first single from the record, “Brujita“. Speaking about the track, Throwing Snow said: “‘Brujita’ is about the breaking of aural tradition and the suppression of cunning women and men. It’s a eulogy to lost folk wisdom.”

Throwing Snow developed Dragons‘ neural network with artist, designer and technologist Matt Woodham. The structures and changes in Tones’ music trigger corresponding changes in accompanying moving images, which combine life in three scales, from microscopic views of rocks to large scale maps. “Everything that happens musically triggers the algorithm to do something,” Tones explains. “This isn’t controlled or predictable, and the music becomes an instruction for the algorithm to make its own decisions about datasets, images, speed, movement and other manipulations.”

Tones says he often uses his music as allegory and container for the concepts and theories he’s immersed in – he studied astrophysics, and is fascinated by crafts, archeoacoutics, history, evolution and psychology. In Dragons, he wanted to explore the purpose of music from the beginning of human history. “We have Palaeolithic minds but find ourselves in an increasingly complex and interconnected world,” Tones explains. “Music and art have always been ritualised as a tool for memory, knowledge and emotion, and humans make sense of existence by using tools. Songs were tools of understanding, passed down from our ancestors. Now, things are complex and interrelated, so we can’t use that ancestral knowledge, and need to invent new tools – that’s where machine learning comes into it.” 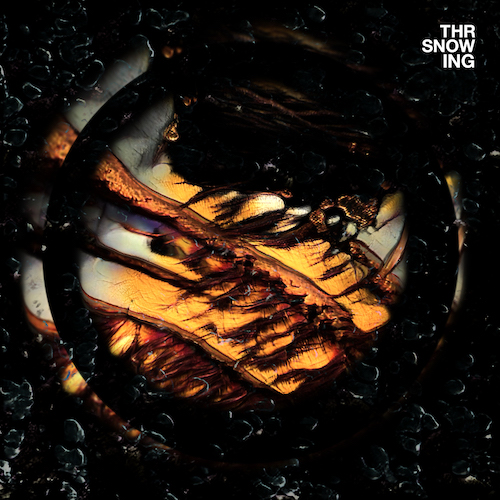