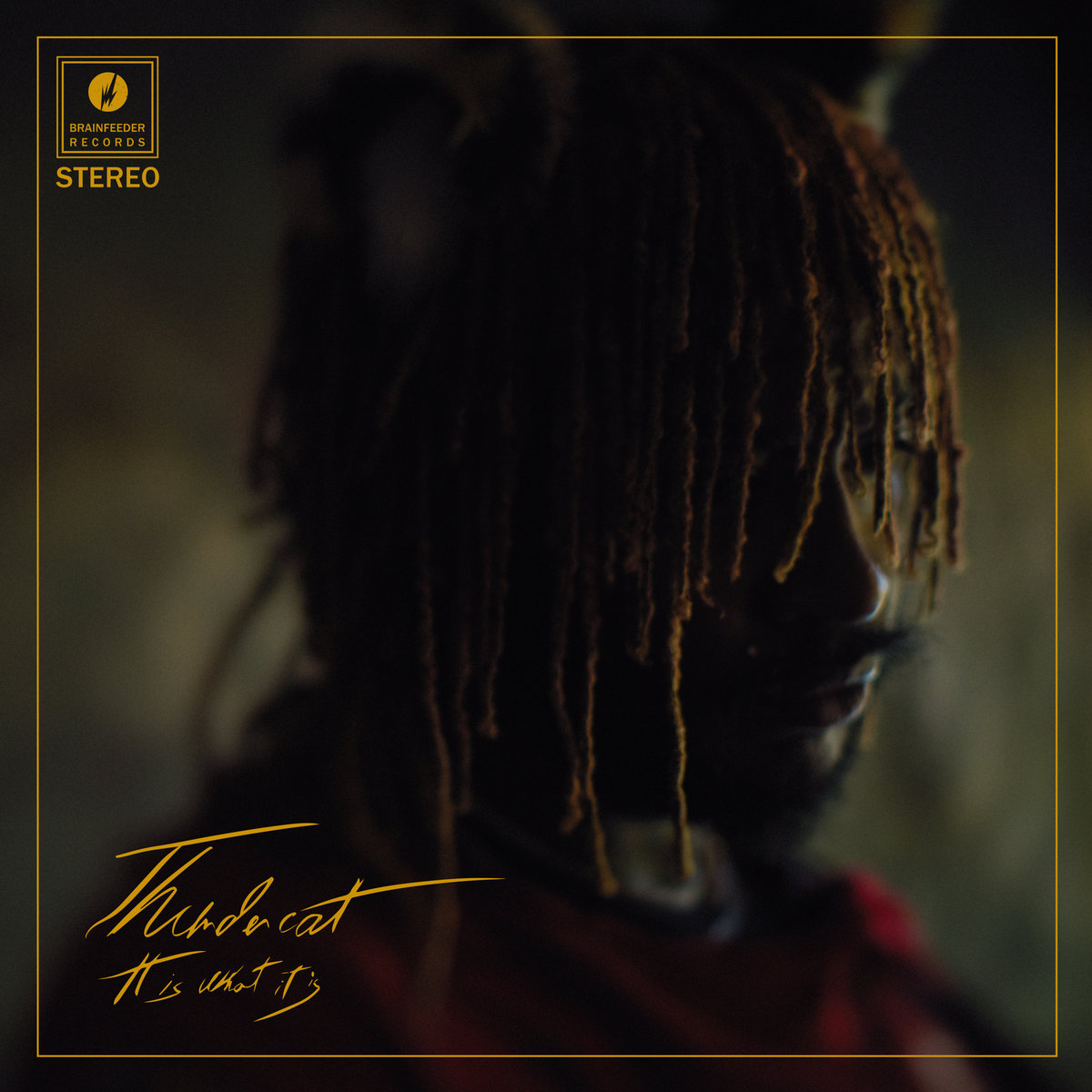 Opening with the Childish Gambino-esque “Lost In Space/Great Scott” – a funk organ-led, gospel number with vocal’s that are bordering falsetto, touching jazz and sound as delicate and brittle as all get out. Hard jazz drums cascade the track into a full blown, semi-orchestral jazz funk odyssey that is equal parts dizzying and dazzling and never outstays it’s welcome. With this track alone It Is What It Is is worth the price of admission for Thundercat’s latest long-player.

The album is an explosion in a firework factory of idea and inventive, leftfield musicality – and Thundercat genius-behind-the-moniker Stephen Bruner, has demonstrated yet again that he has the chops to write and release music that is as urgent and genre-bending as it is ground-breaking and respectful of its roots and its ancestry. It Is What It Is deftly spins between Jazz, G-Funk, Disco, R’N’B and ghetto rock in a way that defies logic and taste and delivers subtle chart-smashes with little to no effort.

Tracks like “Black Qualls” brings in acts like Childish Gambino himself, alongside Steve Lacy and Steve Arrington to temper his own eccentricities and bring a sumptuous final single to the fore. Elsewhere his proficiency as a bassist is a feature of the futuristic disco-jazz “How Sway” and sounds like what Porn Soundtracks would sound like if it was created by a sentient Atari. The noticeable contrast between the hectic, layered, almost-too-much musical creativity and the subtler, laid back falsetto funk vocals sometimes teeters close to collapse, but always lands in one way or another for better or worse, and always has a moment or two of toe-tapping genius.

It Is What It Is is a wonderful album from an artist truly comfortable in his own skin, wearing his personality like a tailored suit. It is the lovechild of futurist thinking and retro sensibility – and it is screaming for a giant audience to embrace it and make it as huge as the music already thinks it is. Well worth your time, effort and money. Get involved.

Words: Andi Chamberlain // It Is What It Is is out now on Brainfeeder.