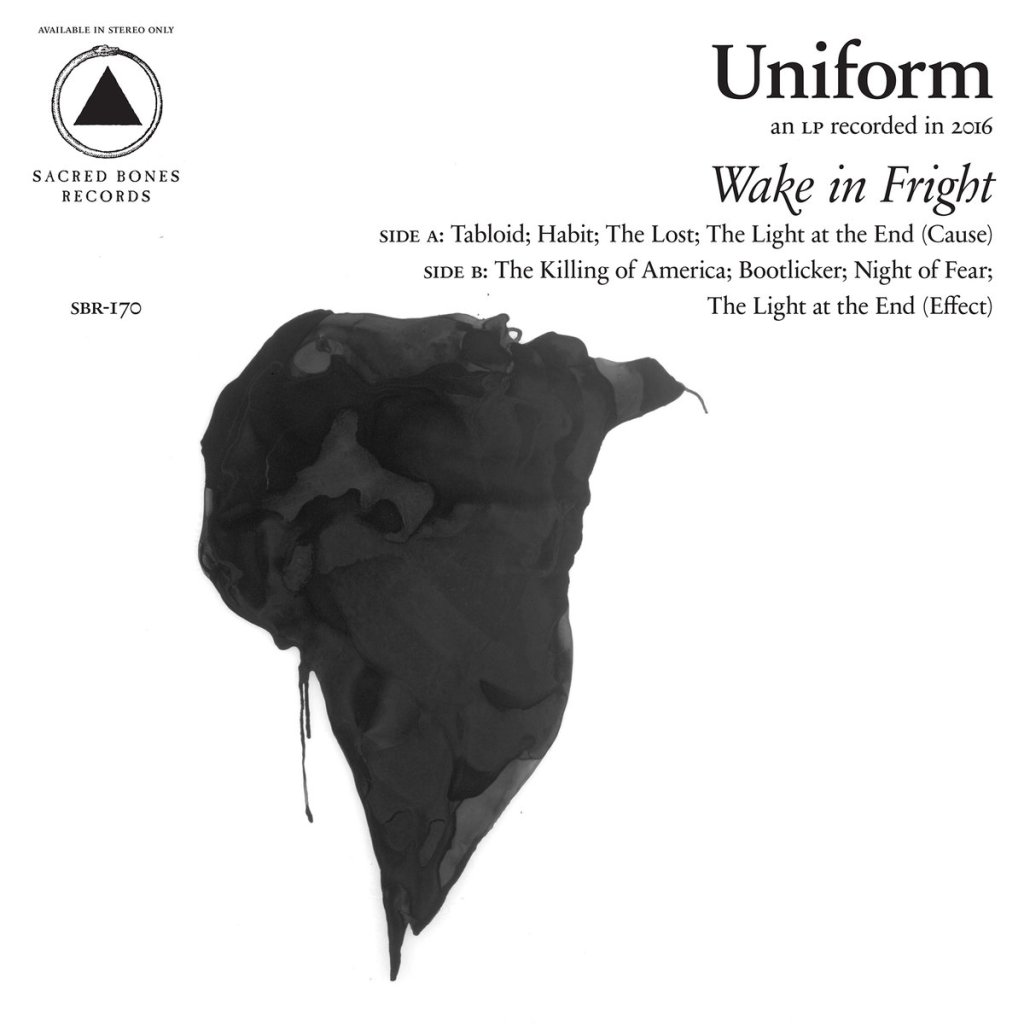 Fuck! “We are surrounded by war and the whole world is burning and it doesn’t seem like there are any appropriate reactions or responses left anymore,” said guitarist/producer Ben Greenberg of the New York City duo Uniform. It’s far from being just a piece that enlightens the listener, is actually a statement that sets a purpose and an incredible vitality to the work is showcased in the duo’s second album Wake In Fright.

Power electronics, thrash metal, harsh noise, and earthshaking industrial sounds are some of the worlds that coexist in Uniform’s universe, which also welcomes a mind-blowing and extremely addicting rhythmic work. Wake In Fright puts Uniform next to other legends like Big Black, Godflesh, Killing Joke, Ministry, etc. A filthy pleasure.