Bikini Death Race, who are the guy with the panda mask [bass, electronics, vocals] and the girl with the cat mask [vocals], are gearing up to release their debut full-length album Party Animals – due on April 23rd (pre-order available in here).

Today we have the pleasure to unveil to the world the video for the single of the forthcoming album. “Celestico” is a story of a “just normal day at the park“, which ends up being anything but. The music is as freaky as the video. Just your normal electroclash anthem, you know…

About Bikini Death Race the story goes something like this…

“The guy with the panda mask had always dreamed of having a female fronted electroclash band, but the dream was put on hold for some years because he was busy with other projects. He also thought best to nail how to programme electronic music before launching an electroclash career. Once all was in place, the guy with the panda mask had a chance encounter with the girl with the cat mask (when she walked in on him in a public toilet with a faulty lock). In Rome for the first time and fresh from the Yorkshire countryside, the girl could do nothing but give credit to the creative rantings of the first Italian panda she had ever met. And so it was that in September 2016, the two masked musicians started to write songs for an album that could only be entitled Party Animals.” 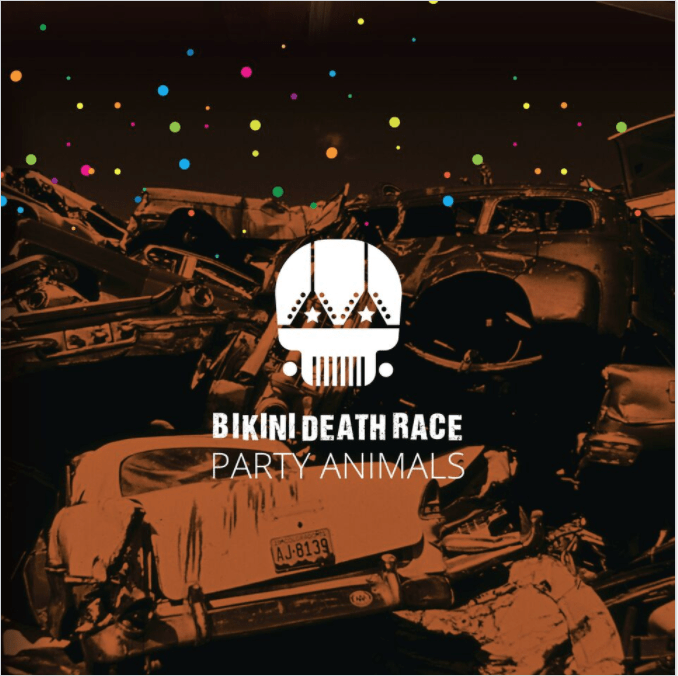