Bay Area trio Super Unison are back with the follow-up to their ace debut album Auto. They have no boundaries when it comes to putting together a song and Stella is a damn dynamic and versatile effort. We caught up with vocalist and bassist Meghan O’Neil about what influenced them this time around, what drives her to write such striking lyrics and her thoughts about the current situation in the USA.

How has life been for you guys since the release of your debut album Auto (Deathwish 2017)?
It was great getting to tour a bit on that record. I think we’d want to try and do more touring. I think it’s always great to be able to share something that you’ve created with people and see a positive response to it. We’re really lucky to get to do that.

During the year that has passed, what do you think has evolved within the band that influenced the creative process of the new album?
I think that Kevin has just continued to widen his influence. Sometimes he’ll come to us with stuff where he’d say, “Oh, I don’t know if this is right for the band” and we really try and just encourage everything. There are no rules about what we can and can’t do, so I think just trying to kind of push the boundaries. I tried that with vocal stuff too, like I think you’ve probably heard the first single doing some talking parts and just like coming and hearing something in my head and saying, “Oh, is that weird? Should we try it and just going for it?” I think we just try and push ourselves to try new things and continue to be creative. So yeah.

Did you guys had a mindset while writing the songs for Stella or did just happen naturally?
I don’t know if there was a specific mindset. Kevin writes the music and I write the lyrics. Stella was written over the course of two years honestly, because we were working on some of the ideas when we were done recording Auto and then leading up to writing stuff right before we went to Chicago. I think that’s good for the creative process, because over the course of two years there’s going to be so many different influences or things happening in your life. I think if we’d written over a shorter period of time, maybe it wouldn’t have been as diverse, dynamic or interesting.

This new record sounds more dynamic and emotionally aggressive as well. How was it like the writing process this time around?
I think we wanted to make it more dynamic and like I said if we had different ideas we would embrace them and not to have too much pressure on ourselves about what we could and couldn’t do. I think you can hear that on the whole record. There are some songs that are pretty different from each other I would say and that’s okay. I just tried and pushed myself in terms of vocal technique and it’s definitely a more aggressive record than Auto. You’re gonna hear more aggressive vocals on pretty much every single song that just kind of reflects where I was personally. I went through pretty shitty two years and just I’m dealing with all that and figuring it out all out through lyrics.

So that was your main drive when you were writing your lyrics?
Definitely. I think that the main drive was showing how I deal with things or kind of figure things out, like maybe I don’t always know how I feel about a certain subject and writing a song about it will help me and by the end it kind of gives me clarity in a way to process. It just really helps me process my emotions and figuring out how I feel about things. 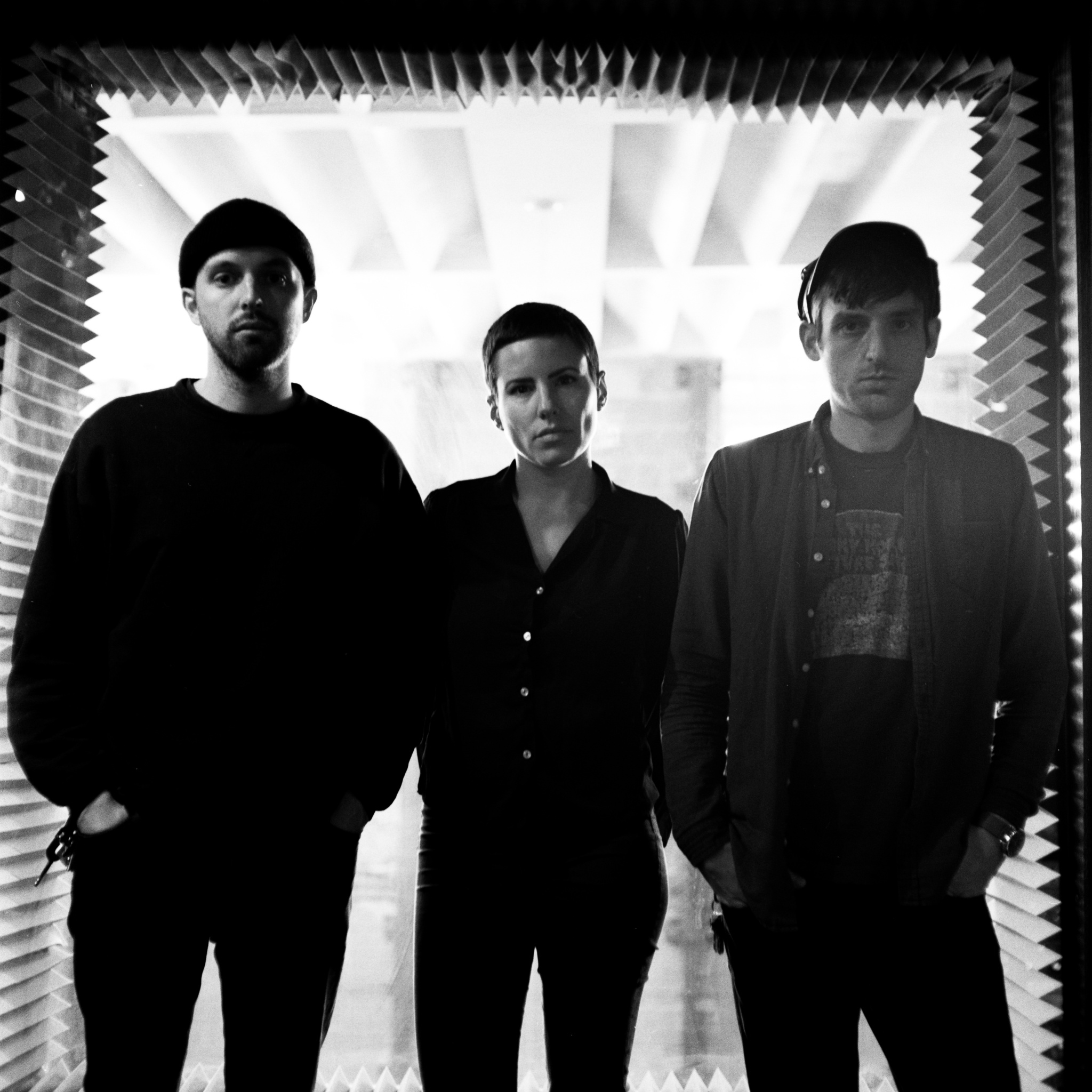 “If there is an overarching theme of the record, it’s kind of like loss, loneliness, grief and kind of like dealing it and facing it head on and not like running away from it. Just being able to like look at it, accept it like it’s a part of life and have a healthy coping mechanisms to loss and loneliness that we all face.”

Why naming the album Stella?
The record is pretty dark lyrically and I always want to try and find the positive things. I wanted to name the record after something positive. It’s like something really positive that happened to me over the course of the two years even though all the lyrics are about all the negative stuff and the negative stuff going on in the world. I didn’t want to the theme of the record or the title to be a negative thing because it’s just my style, so instead to just be something positive that happened to me through processing the lyrics and just threw things getting better. I don’t want to focus on just the negative.

Is there a song off the album that standsout the most for you in a particular time of your life?
“Falcon” means a lot to me and I’m pretty happy about it. I definitely didn’t foresee that being the first single just because it has those talking parts and kind of the epic ending. I definitely didn’t see that as the first single, but our guitarist Kevin wanted to and the label too. I was excited because personally that song that has a lot of meaning to me and probably the song “Nav” as well. I think “Birthday Gift” too. If there is an overarching theme of the record, it’s kind of like loss, loneliness, grief and kind of like dealing it and facing it head on and not like running away from it. Just being able to like look at it, accept it like it’s a part of life and have healthy coping mechanisms to loss and loneliness that we all face.

“Falcon” is definitely a stunning yet aggressive song and I really love the talking parts of that song. Can you tell me a little bit about the story behind this song and the person you are refering to?
It’s reffrering about someone really close to me who went through a really big loss and handled it just with so much grace and courage as I sing in the song. I just really admired her and I thought like when I’m in the same position as her, I don’t think that I could handle it as well as she did, so it’s just kind of attribute to my friend and what she means to me. She’s really an inspiring person and very grounded and with a good perspective on things, especially during a really hard time to kind of show that grace is a big deal.

Your new album was recorded by Steve Albini (Nirvana, Pixies, Jawbreaker), produced by Don Devore (Ink & Dagger), and mastered by Jack Shirley (Deafheaven, Oathbreaker). What a great crew. How was the experience to work with them and what did they bring to the songs?
We loved the experience, it was great to have Don there. We’ve never had like an outside person, so I was a little worried about it that it might be too many cooks in the kitchen, you know? But he was so good about keeping things moving, having a good perspective, pep talks and stuff, which like I didn’t know he needed but it was nice to be like, “Hey, let’s go outside for a second, let’s talk about our goals and where we’re at” and so that was really great to have. Steve was such a nice guy, so chill and so good at what he does and we had just absolute trust in him. He just lets you be yourself, because I think he’s famously not a producer, he’s an engineer. I listened to podcasts leading up to it to understand his take on things and I think it makes so much sense. He just wants to let the band be themselves, but he’s going to capture that in the best way with all his experience. When it came to mixing, he did have a lot of good input and ideas. It felt like he was invested in us making the best thing that we could make. And then we had Jack mastering the record. We’ve always recorded with him. My old band Punch always recorded with him. Even though I just felt we needed to step outside of our comfort zone with this and do something different, it was still nice to have him involved because he’s a good friend.

Do you have other outlets besides music?
Music is my biggest outlet because sometimes when the band is less active and I think about the future I’m like, “If I didn’t have music, what would I have?” I know I have a drive to keep doing it, because it’s like such a big part of me and I’ve been doing it since late 2006’s, nearly 12 years. I think before that I hadn’t really found my voice at all. I looked back on the time before the band and I felt more lost and didn’t really know who I was yet, so I think it’s just a part of me that I need to hold on to. That’s definitely my biggest creative outlet. Besides that, I love my friends and family. I used to take a 35 millimeter photos. I’m not doing that as much.

What are your thoughts about the current situation in the USA? How are things going over there?
It’s really heartbreaking and I think most people feel so disappointed. I don’t think that anyone’s thought that racism or other problems were solved, but just to see those issues in people embolden by the government is just really sad for someone empowered to say, “Hey, it’s okay. It is okay to just like openly hate people” and create an even more dangerous environment. It’s heartbreaking to think that populations that are already threaten is just like open season. That’s what it feels like and it’s just really scary and sad. I think we’re starting to see the tide changing a little bit in the primaries that have been happening. The left are starting to organize and win elections and stuff. It’s just always such a back and forth between conservative and more conservative. It sucks to feel powerless. There are things that people can do and I think that we are in a point where I just want to protect vulnerable populations. They’re just really getting thrown to the wind and that’s the hardest part. It is really upsetting and Trump is terrible, but I think it is so much more than that. And again, racism and hate against immigrants and other things already existed and he’s just embolden it. It is sad that he’s the head of our country, but I think protecting vulnerable populations is really important.