Jade Jackson spent much of her time in a small California town, working in her parents’ restaurant and writing song after song, like her life depended on it. A storyteller at heart that found inspiration, at the age of thirteen, on Social Distortion’s Mike Ness to step on a stage. Years later, the same Mike Ness reached out to Jackson and helped her with her music and what’s now her debut album, Gilded. It was about that journey and that album that we talked with Jade Jackson, one of the most exciting artists off of the country spectrum.

You were raised in a small town where the most entertaining, exciting part of your day was “when the train rolled through town” and you “would run and go wave at the people”. There’s a completely different dynamic to living in a small town – you pay more attention to the small things. How living in small town did shaped you as a songwriter?
Yeah, you’re right. You just pay attention to the smaller details, and… they don’t even become small details, they become big. The little things are still big and important. For example, when I was inside listening to the music or playing piano. I spent a lot of time outside, in my childhood and even now, and that’s kind of where I get most… you just get these surges of creativity and inspirations when you are in nature because, at least for me, your imagination just opens in a different way. I’m very thankful for that, for being able to spend time outside as a kid.

What a shy 13-year-old did see in a Social Distortion show that made her want to step on a stage and share her feelings and thoughts with the entire world?
Because I was shy and kind of introverted I was by myself in the crowd. There were two moshpits going on and all this crazy audience just going nuts, and I was just standing there waiting for Mike to come on stage. He walked on stage and everybody in the audience just kind of stopped and looked back at him. Everybody just listened to what he had to say and it was just so compelling like how he was able to captivate the entire room of people just with his presence. I hungered for that. I wanted a voice and I thought that maybe if I was on stage, being thirteen, maybe that would give me a chance to have a voice and be confident. I soon realized, when I start performing soon after, that I was a lot more peaceful performing on stage than I was off the stage. It just became addicting from that point.

How it was receiving a phone call from Mike Mess saying he wanted to work with you? I can imagine someone feeling all these different things at once when receiving a call from one of his or her heroes.
I was actually cleaning my bathroom in my apartment – it was my junior year of college. My phone rang and it was from this number I didn’t recognize. I take the call and hear, “Hi, this is Mike Ness.” I remember there was a mirror in the bathroom and my jaw dropped, “What?” [laughs] I honestly thought it was a joke. I found out that he wanted to help me with music stuff and that he had heard a bit of my performance that his wife showed him from capturing on her phone… It was this really surreal moment. I just felt so excited and grateful. That was three years ago and today the album is being released. It’s just been an amazing and surreal experience. And it was really important especially because I went through a pretty deep depression for a couple of years in college. I had an accident and I injured my back. I had to take a lot of medication and once I got off of it my brain was just really messed up… I was just not feeling good about myself. I had to put my music on the backburner for a while because I was focusing on healing and feeling normal again, so Mike reaching out to me it was just the right time. He just made me believe in myself again just by believing in me.

You’ve said, in a recent interview, “I’ve recently been trying to practice telling myself, No, this is what I want to do. Just because it’s not considered normal doesn’t mean it’s not right”. It seems like a huge struggle for you.
That’s just one of those life practices that I have to practice all the time and constantly remind myself because, for example, I’m 25 and I’m at a point of my life where all my friends are getting married and having kids, and doing these things that typically are what people are taught. You grow up believing that’s what you’re supposed to be doing. My dream never was never to walk down the aisle in a white dress, my dream was to get signed to a record label. In a way, today having my album being released is the most highly anticipated day of my life. But that wasn’t normal and people who didn’t share that passion, which is pretty much everybody, and people who didn’t understand where I was coming from couldn’t relate and therefore they couldn’t really support it. My parents were always supportive but even them were like, “You’re too hard on yourself. Don’t you want to be in a relation or be with your friends?” That didn’t give me peace. What gave me peace was being on my room by myself writing songs or performing. I just had this tunnel vision. Of course sometimes you get lonely and sometimes you question yourself but… I think everybody deals with these struggles. 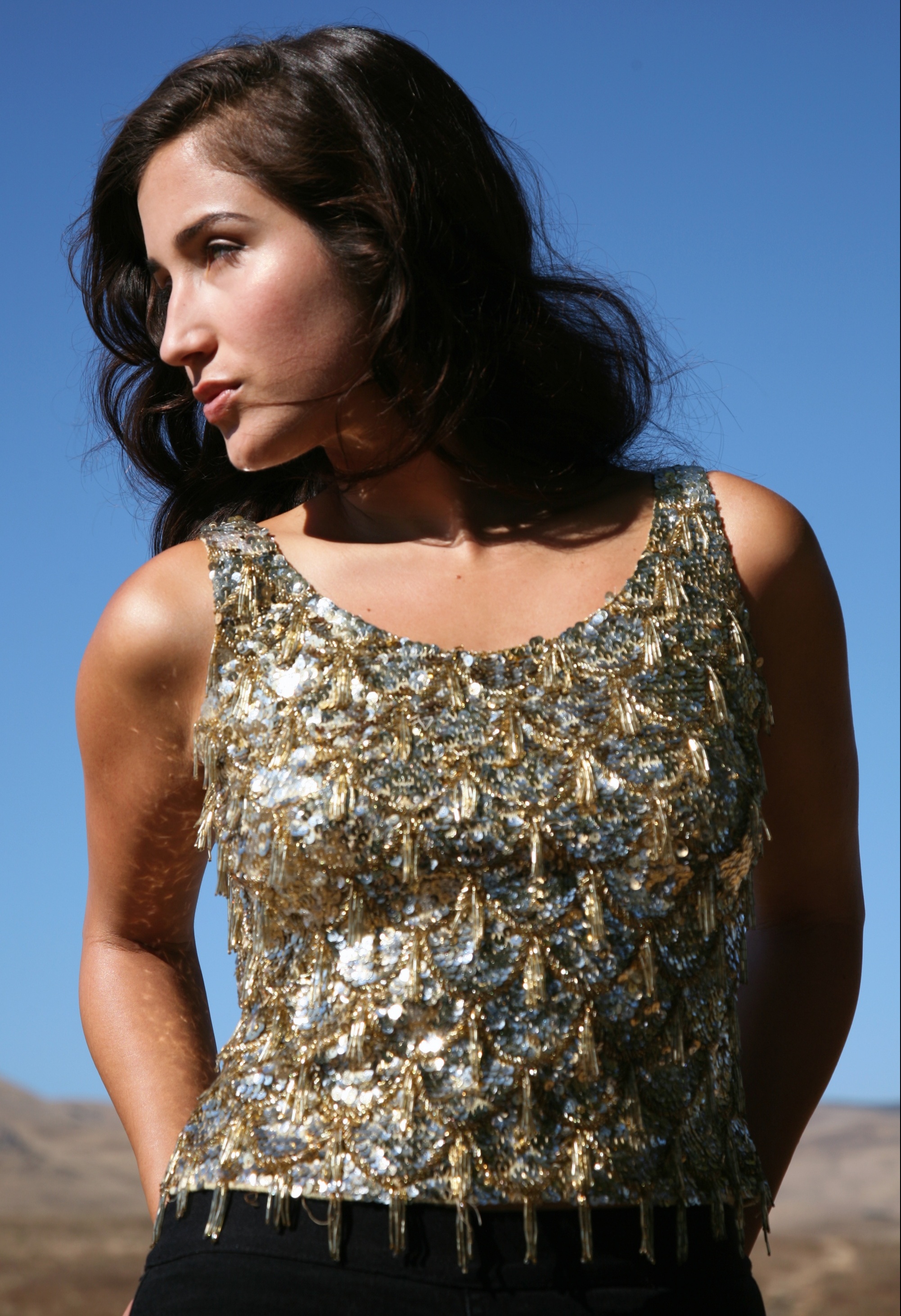 “What gave me peace was being on my room by myself writing songs or performing.”

You described “Finish Line” as your first empowering song. I was wondering how did it feel to write something completely different for the first time and if writing that song made you put things into perspective as a songwriter.
The thing with me is that I write a lot of songs. As I was explaining to someone earlier, it’s like the songs that I write are actually true to me, true to an experience that I actually went through, or a direct result of a feeling that I actually felt. They’re kind of sprinkled into the songs that I write. Nine times out of ten I will put myself into somebody else’s shoes and tell their story, but there are those ones where I write because something has happen directly to me and I need to put it on paper to get it out of me. “Finish Line” was that song for me. I wrote it very quickly, which is something that I do normally since they are kind of just this purging of an emotion or energy that I need to get out, and I realized that often times they will be a little bit more empowering. It’s almost like my subconscious way of making myself feel better and empowering myself when nobody else really offers that to me.

Do you feel more attached to a song like “Finish Line”?
I think so. I never thought about that before but I think so, because when I sing it… whenever I sing a song I try to remember why I wrote it or what feelings I was feeling when I wrote it, and when I sing “Finish Line” I just remember how somebody just really hurt my feelings and I just got this sick in your stomach feeling. I sat down, I wrote that song, and that feeling was gone, and I had this empowering song. It’s kind of this self-affirmation song and so it is more important to me.

Was the video for “Finish Line” shot in your hometown, at your parent’s house and restaurant?
Yeah. The video director came and… I thought he would just come meet me and talk about the storyline of what we wanted to do for the video. He came and stayed for two days. I took him to the work where I work, I showed him where I run in the morning, and he just decided he wanted to do an auto-biographical video of my last day before tour. The video is 100% auto-biographical. That’s the restaurant that I’ve worked in since I was thirteen years old, that’s where I run (usually with my sister, every morning). He just captured pretty much something that was twenty four years in the making.

Were you ok with the video being auto-biographical?
I honestly, at first, was like, “What the hell? Are you serious?” I was kind of weird out because… especially because of the scene in my room. You see all these affirmations that I’ve written on my wall. Those are real. I wrote them in a time I was really depressed and I had a lot of anxiety. I wrote them to try make myself feel better. I never thought in a million years somebody would want to capture that. I didn’t want to show people that. I was kind of embarrassed.

Mike gave you a homework that consisted in listening exclusively to Lucinda Williams’s Car Wheels On A Gravel Road for three months or so. What did you learn from listening to that album?
I think what Mike was trying to teach me is that you don’t always have to these like vocal inflections, you don’t have over exaggerate certain parts of the song. Sometimes you just need to tell the story. She just really inspired me because she told these amazing stories, but it wasn’t over the top. Her voice was really raw and it just seems really real and authentic. I loved it.