The band have also released album’s title track, as well a music video accompanying the track. “Quitter” embodies the album’s central theme of burnout in the music scene through chunky guitars and snarky vocals. As competition turns friends into rivals and pressure bears down on songwriter Sonia Sturino, she feels trapped by the time and effort she’s put into her life in music, despite the fact that “it never really feels okay“. This grungy number is equal parts personally introspective and broadly cathartic, resonating with a wide reach of emotions non-specific to Sturino’s individual experience.

Listen to “Quitter” and watch the video for it below:

Weakened Friends dive into the honest truth of being a working musician on Quitter, reflecting on lost friendships and self-worth swallowed up by burnout. Songwriter, guitarist, and vocalist Sonia Sturino is supported by Annie Hoffman (bass/vocals) and Adam Hand (drums).

Central to the record thematically is the empty threat of quitting music and “getting a real job.” Sturino wrestles with her relationship with music on the title track, shouting “I love it, but it never really feels okay” over scorching guitars. Despite the implications of the title, quitting is not an option for the band. 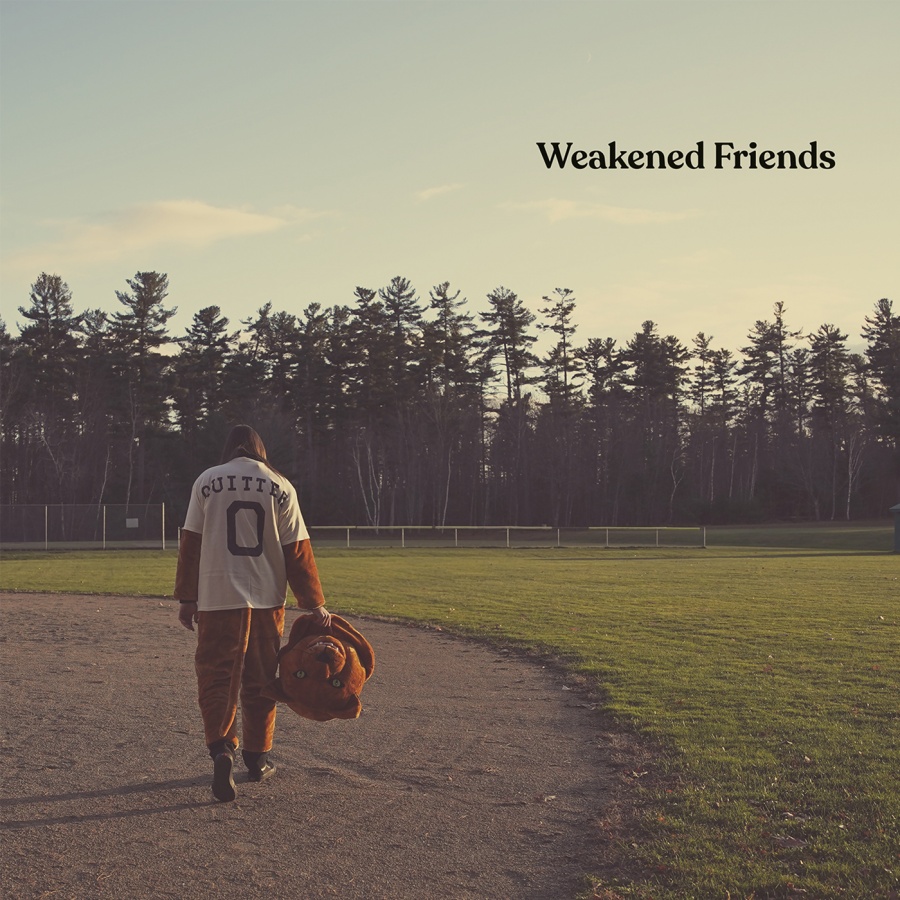