It was unveiled that the new Wes Anderson‘s Isle Of Dogs will be released on April 20, 2018. Fox Searchlight Pictures has released the teaser poster for the director’s new film.

Isle of Dogs is Anderson’s first stop-motion animated movie since 2009’s Fantastic Mr. Fox. The story is set in Japan, as the post makes abundantly clear, and follows a young boy’s adventure in search of his missing dog. Earlier this year, Anderson said the film was “less influenced by stop-motion movies than it is by Akira Kurosawa.”

Further details around the project have remained under wraps. Anderson has been filming in London this year. The star-studded voice cast includes the likes of Bryan Cranston, Tilda Swinton, Greta Gerwig, Scarlet Johansson, Yoko Ono and Bob Balaban.

Take a look at the teaser poster below: 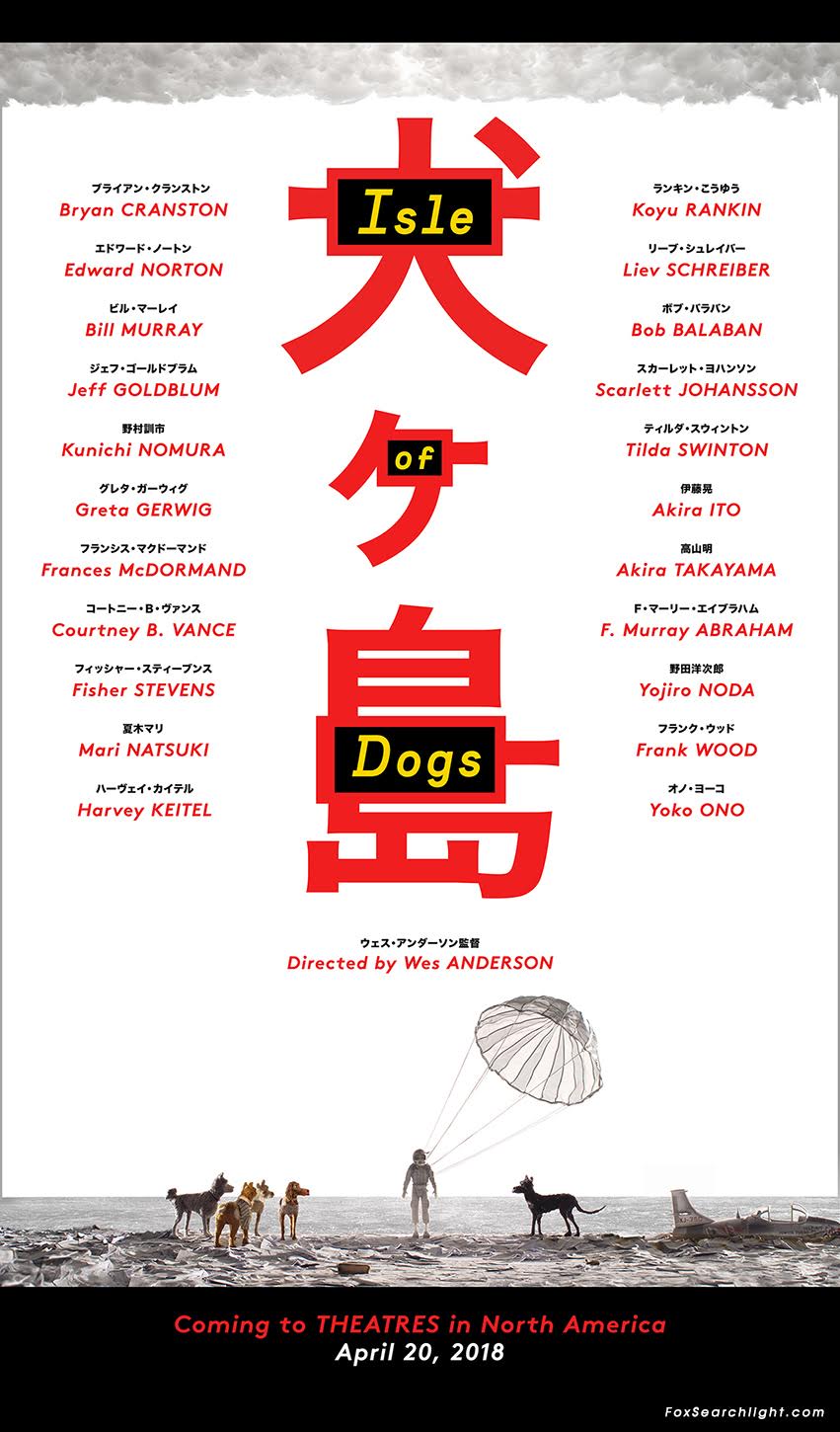