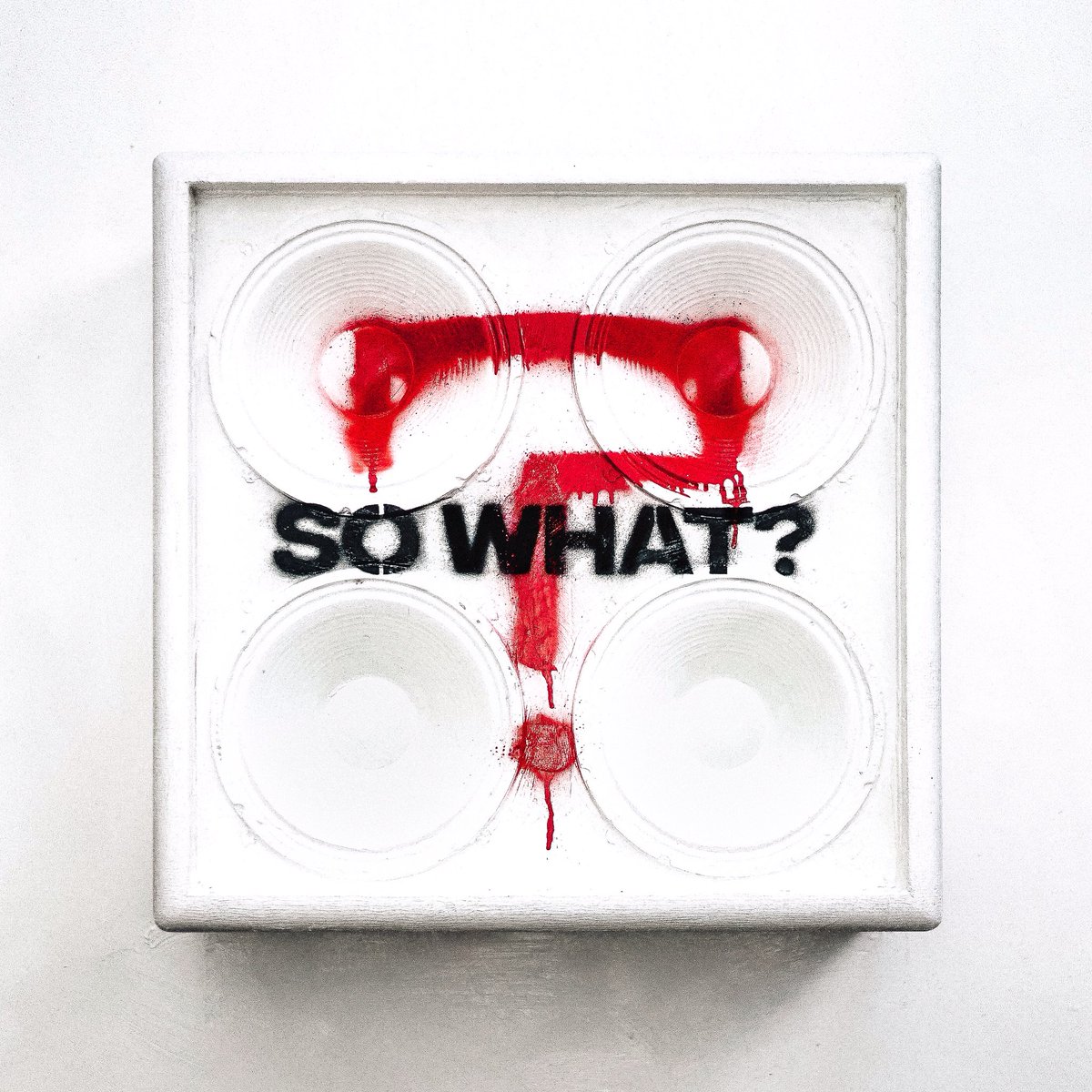 While She Sleeps - So What? (Spinefarm Records)

Developing a sound that works is fundamental. Overlapping that sound with major tweaks is challenging but ultimately rewarding. English metal-core act While She Sleeps do this on every release, never tampering, but adding dimensions. Their sound isn’t for the damsel in distress or the pop fanatic, it’s for the hard-hitters, the disenchanted wanderers, and the people standing up to conformity and fitting their rage like a component of justice.

Rage is a factor on the new record So What? The record is also a brazen effort. It’s big, it’s bold, and solid. From the get go, we’re taken into a storm, a blast of guitars and screams, a nurtured but ungodly scene. This doesn’t make the album less of a monster, it connects the dots musically. With it all puzzled together, the music speaks for itself. Harsh lyrics seem mandatory on a release like this too, but they’re more refined than those generic, “I’ve lost everything, the world hates me” lines.

The instrumental muscle is admirable as always on So What? intricacy and trickery intertwine to create such a masterful explosion of fired up entertainment. These musicians know how to mastermind new and fresh instrumental parts, dominating the metal-core bracket, generating wonder and angst. This is what makes While She Sleeps such a mainstay. Their ambitions are endless, their eagerness to develop and better themselves is truly astonishing.

There are many songs on So What? that resonate. The impact of these tracks is colossal, from the opening lines of “Anti-Social”, which showcases those brash and fair lyrics as well as those volatile guitar strokes. Also, we’re taken deeper into the world of this band with songs including “Haunt Me” and “Elephant”, which are quick firing and profoundly personal. The screams are there, but the cleaner vocals give us a chance to listen to what is being said.

While She Sleeps are frontrunners. There is no denying their influence and credibility. With So What? They’ve taken their dominance up a notch.