West Coast psychedelic quartet Wooden Shjips will release V., their fifth album, May 25th on Thrill Jockey. Inspired by the tumult of the modern world, and the desire to offer a contrasting vision of peace, the band has created a record that filters their trademark hypnotic grooves through an optimistic lens, resulting in music that is bright and vital.

The band has shared the album’s first single “Staring At The Sun,” a track that clocks in at almost 8 minutes and was written by guitarist and singer Ripley Johnson as he watched wildfires ravage the Pacific Northwest during the summer of 2017.

The songs were written during the summer of 2017 by singer and guitarist Ripley Johnson as an antidote to the pervasive anxiety both political and natural. As Ripley tells it, “We had huge forest fires just outside of Portland and there was intense haze and layers of ash in the city. I was sitting on my porch every evening, watching ash fall down like snow, the sky looking like it was on fire. It was an apocalyptic feeling. Summer in Portland is usually really chill and beautiful, and we were working on a ‘summer record,’ but the outside world kept intruding on my headspace.” V., a graphic representation of the Peace sign, seemed apt to an album focused on the power of peace, beauty and resistance. The music is a balm against the noise and negativity.

The basics were recorded by Jason Powers at Types Foundry Studio in Portland. The guitars and vocals were largely recorded in Ripley Johnson’s comfortable home studio. The album was mixed by Cooper Crain (Cave, Circuit Des Yeux) who the band has formed close bonds with on tour. The instructions were simple “We told Cooper to keep it really fat but to feel free to play around with the other elements, make a nice headphone mix with a lot of movement,” said Ripley, “I wanted it to be floaty because that’s kind of where my headspace was at the time.” 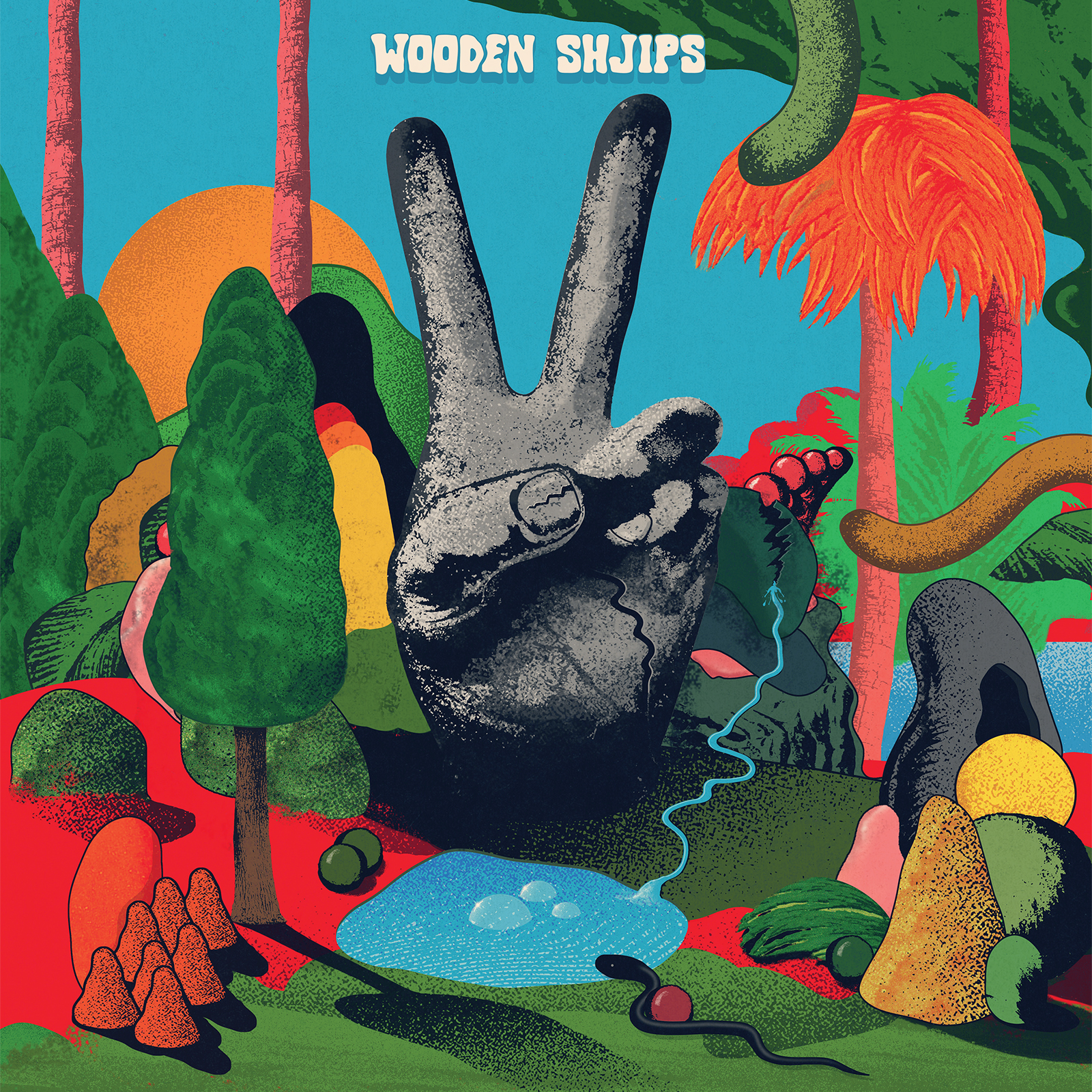