Year Of The Knife have announced their upcoming debut full-length, Internal Incarceration, out 7th August via Pure Noise Records. The band has also shared a new video for the album’s first single “Virtual Narcotic“.

While Year Of The Knife’s lineup includes actual familial connections—the band is vocalist Tyler Mullen alongside twin brothers Aaron and Andrew Kisielewski on guitar and drums, and husband and wife Brandon and Madison Watkins on guitar and bass—their approach to the band is rooted in the idea of chosen family. The band came together in 2015 over a shared love of death metal-influenced hardcore and an investment in the straight edge lifestyle. Madison explains, “Almost every straight edge person I know has been touched by loss. Those experiences can make you feel alone, but they’re something a lot of people within hardcore have gone through and can relate to. People that gravitate towards this music often have this darkness in their lives, but hardcore can be a beacon where they can find community and relief. It can be a really incredible outlet for getting that negativity out and finding people who understand you.”

Watch the video for “Virtual Narcotic” below:

Internal Incarceration follows 2019’s Ultimate Aggression (a compilation of the band’s earlier EPs). Year Of The Knife teamed with producer/engineer Kurt Ballou (Converge, Nails, Code Orange) at Salem, MA’s legendary GodCity Studio, where he encouraged the band to push their sound without sacrificing the essential ferocity of their songs. “We’re definitely a hardcore band, but we have a lot of death metal influences, and Kurt helped to bring that out,” Brandon says. Madison adds, “We went in with a really open mind, and that only made the songs stronger and more dynamic.” 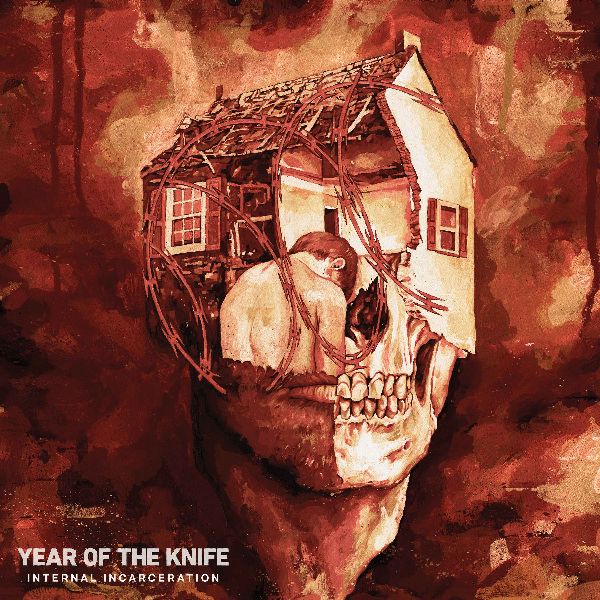