Our new issue is OUT NOW, and let’s say that we’re proud and pleased to feature John Grant in our cover story. The former vocalist of the Denver-based alternative rock band The Czars had to deal with the lack of success of his previous band, the addictions (alcohol and drugs), depression, being HIV-positive (which he acknowledged back in 2012), and the fact that being gay isn’t easy period… not to mention the heartbreaking that came from an intense six-month relationship, the first in his sober adult life – 2013’s Pale Green Ghosts tackled the subject ferociously.

These are the struggles Grant had to face. It was obvious that he didn’t have a problem to fight them in the mud and from that arrives Grey Tickles, Black Pressure, with the aggression that will not vanish and at the same time a victory lap of sorts – it’s never that simple with Grant. 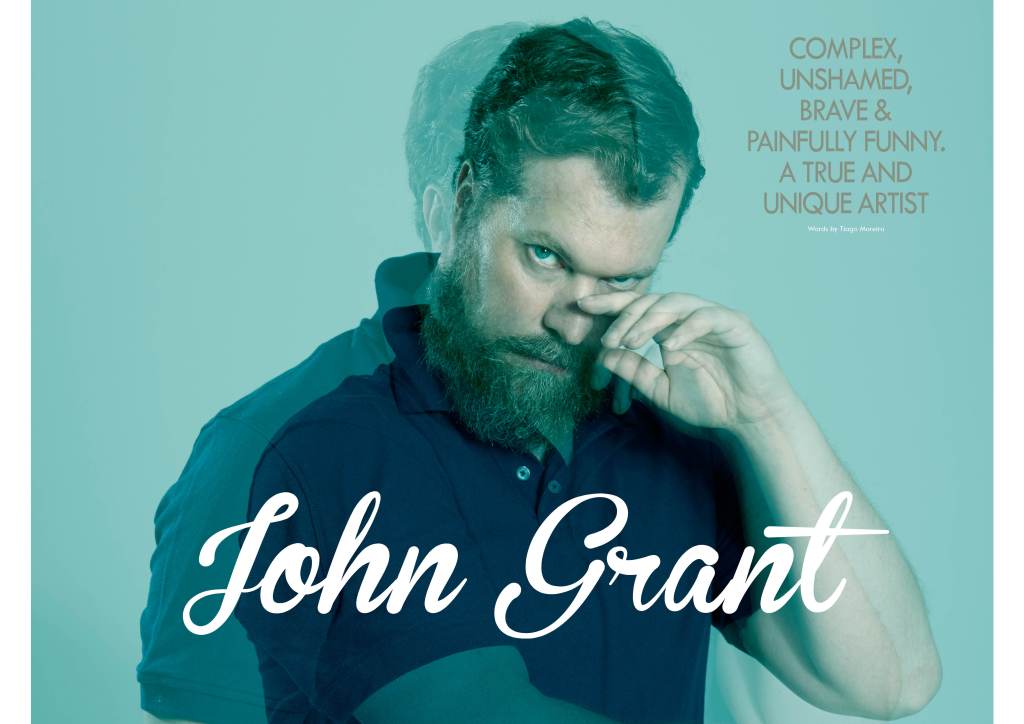 It was about Grant’s new album (which comes from the raw translation of two phrases from the Icelandic and Turkish languages respectively: “grey tickles” refers to approaching middle age; “black pressure” comes from the Turkish word for nightmare ) that we spoke with the Iceland-based and Colorado-born singer-songwriter.

+ INSIDE OUR BRAND NEW ISSUE WE HAVE PLENTY OF GOOD STUFF… 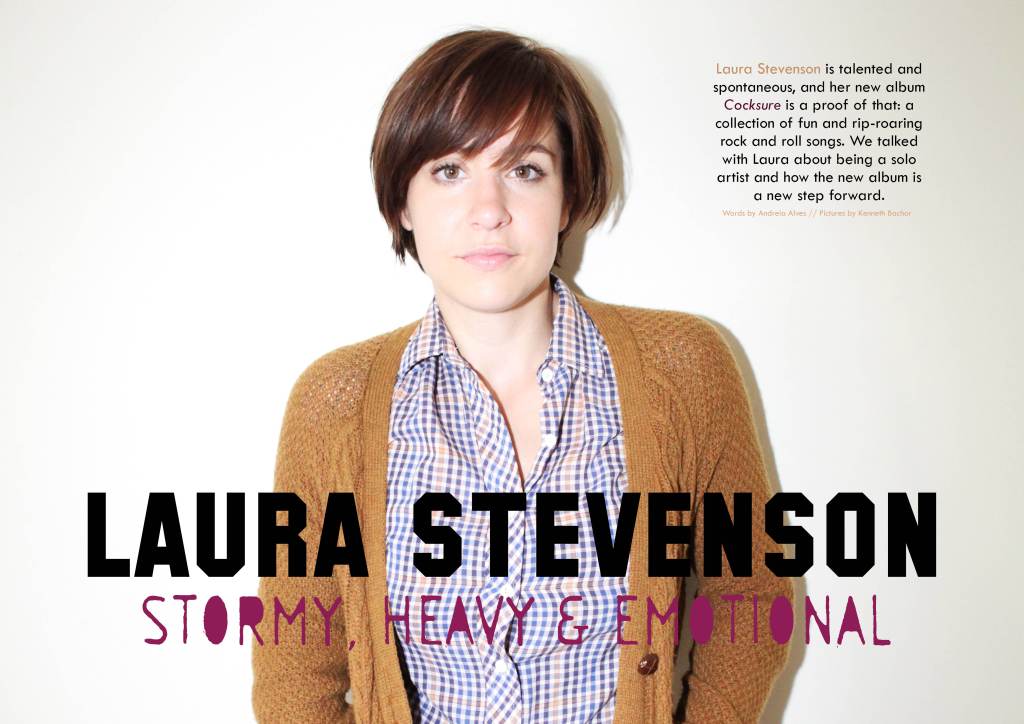 Talented and spontaneous. Her new album Cocksure is a proof of that: a collection of fun and rip-roaring rock and roll songs. We talked with Laura about being a solo artist and how the new album is a new step forward. 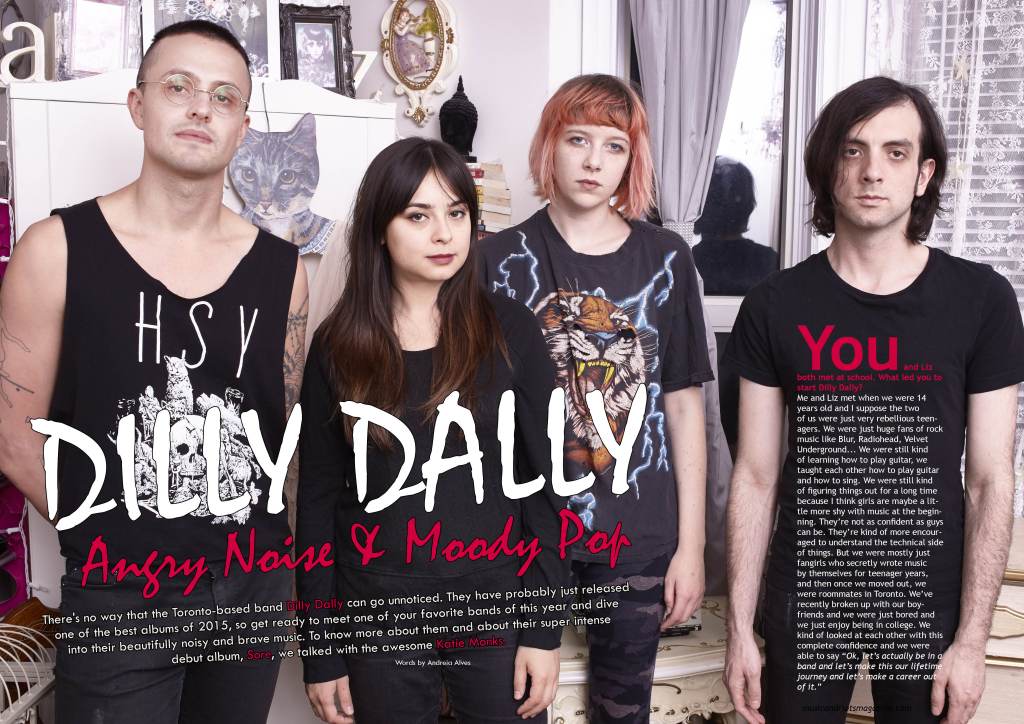 There’s no way that the Toronto-based band Dilly Dally can go unnoticed. They have probably just released one of the best albums of 2015, so get ready to meet one of your favorite bands of this year and dive into their beautifully noisy and brave music. To know more about them and about their super intense debut album, Sore, we talked with the awesome Katie Monks. 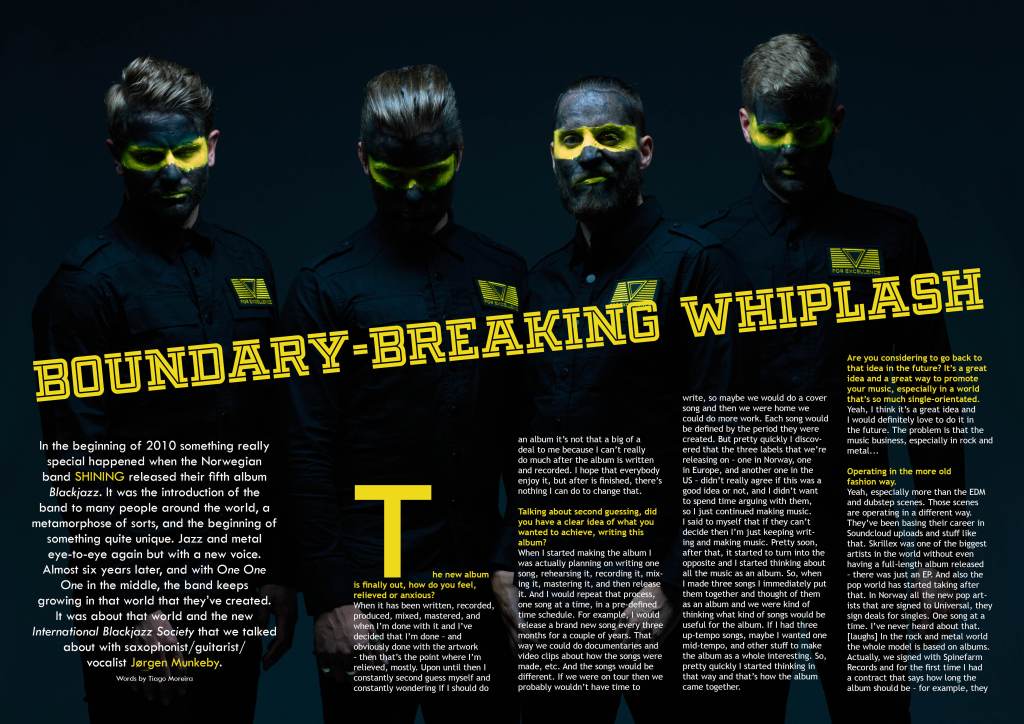 Almost six years after the release of the fantastic Blackjazz, and with One One One in the middle, the band keeps growing in that world that they’ve created. It was about that world and the new International Blackjazz Society that we talked about with saxophonist/guitarist/vocalist Jørgen Munkeby. 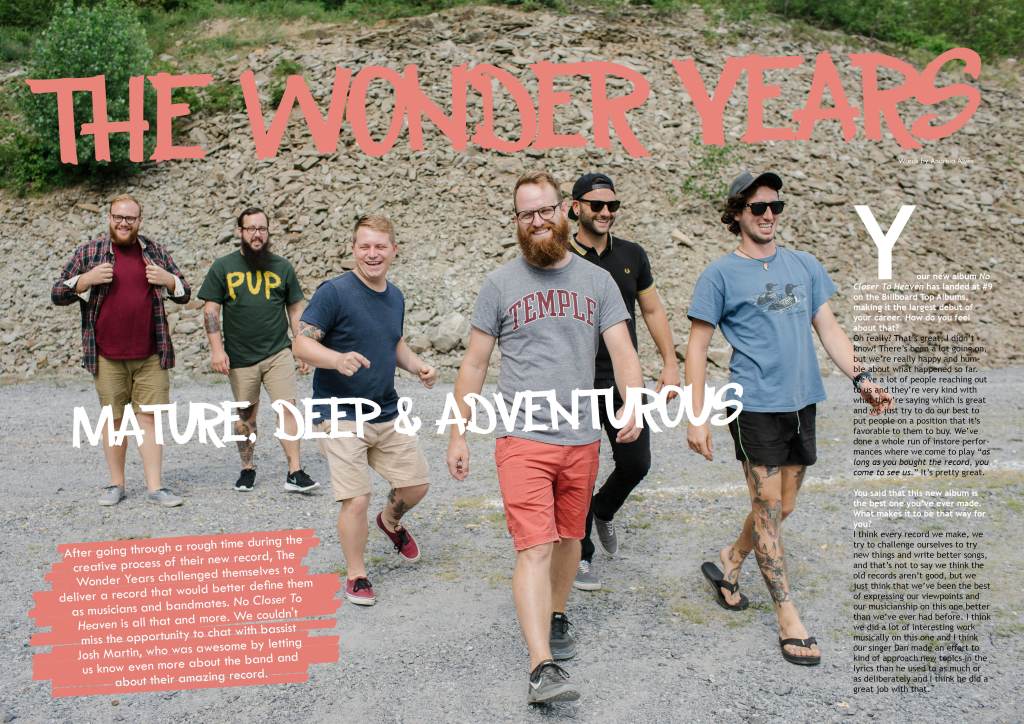 After going through a rough time during the creative process of their new record, The Wonder Years challenged themselves to deliver a record that would better define them as musicians and bandmates. No Closer To Heaven is all that and more. We couldn’t miss the opportunity to chat with bassist Josh Martin, who was awesome by letting us know even more about the band and about their amazing record. 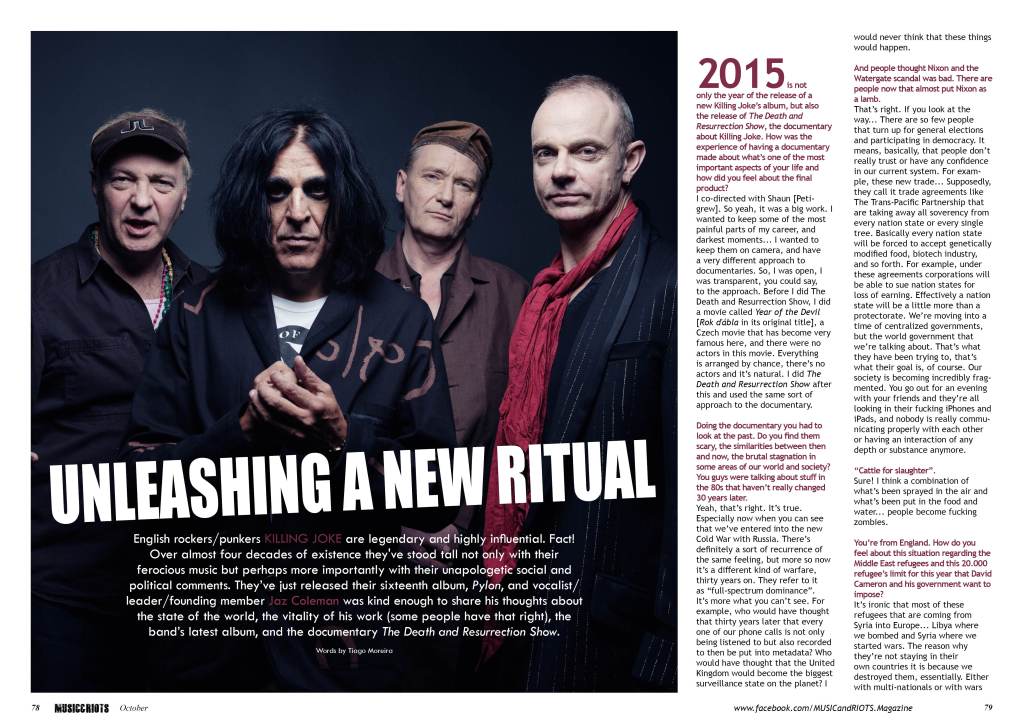 English rockers/punkers KILLING JOKE are legendary and highly influential. Fact! Over almost four decades of existence they’ve stood tall not only with their ferocious music but perhaps more importantly with their unapologetic social and political comments. They’ve just released their sixteenth album, Pylon, and vocalist/leader/founding member Jaz Coleman was kind enough to share his thoughts about the state of the world, the vitality of his work (some people have that right), the band’s latest album, and the documentary The Death and Resurrection Show. 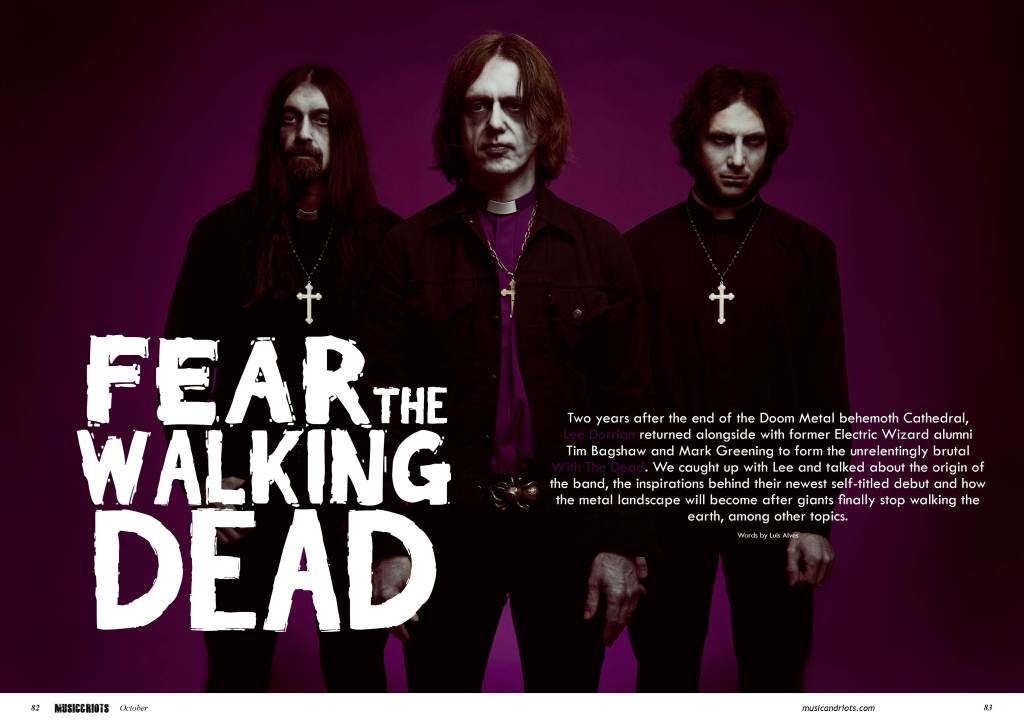 Two years after the end of the Doom Metal behemoth Cathedral, Lee Dorrian returned alongside with former Electric Wizard alumni Tim Bagshaw and Mark Greening to form the unrelentingly brutal With The Dead. We caught up with Lee and talked about the origin of the band, the inspirations behind their newest self-titled debut and how the metal landscape will become after giants finally stop walking the earth, among other topics.

+++ We have also interviews with State Champs, Pentimento, Boysetsfire, The Echo And The Always, Crossfaith, Mayday Parade, Nothing But Thieves, Yo La Tengo and much more… 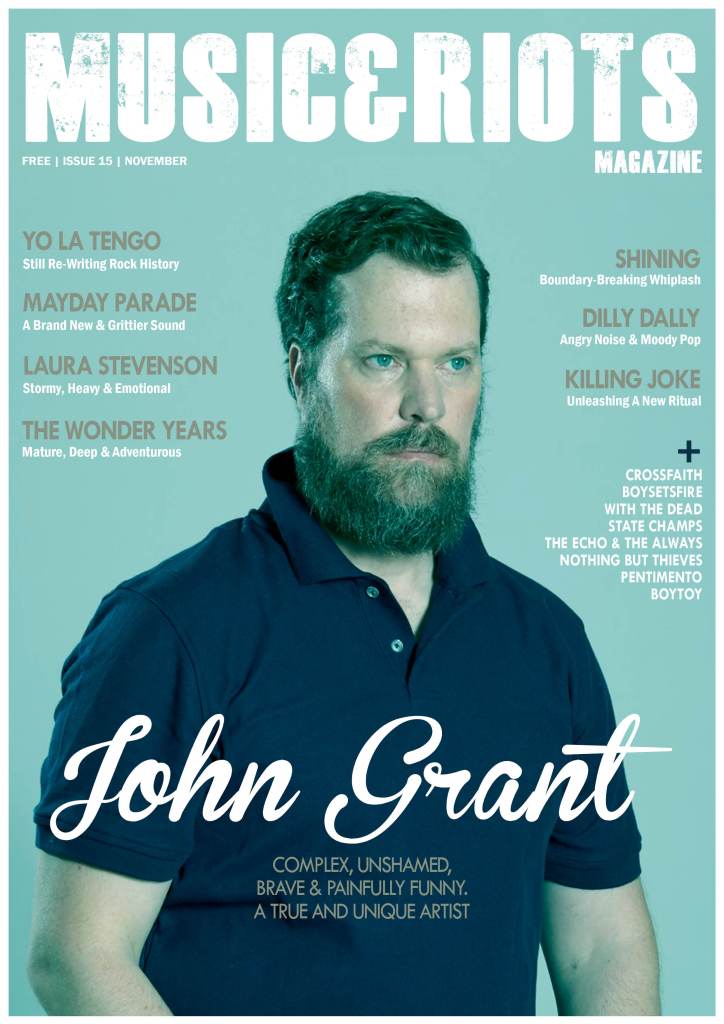