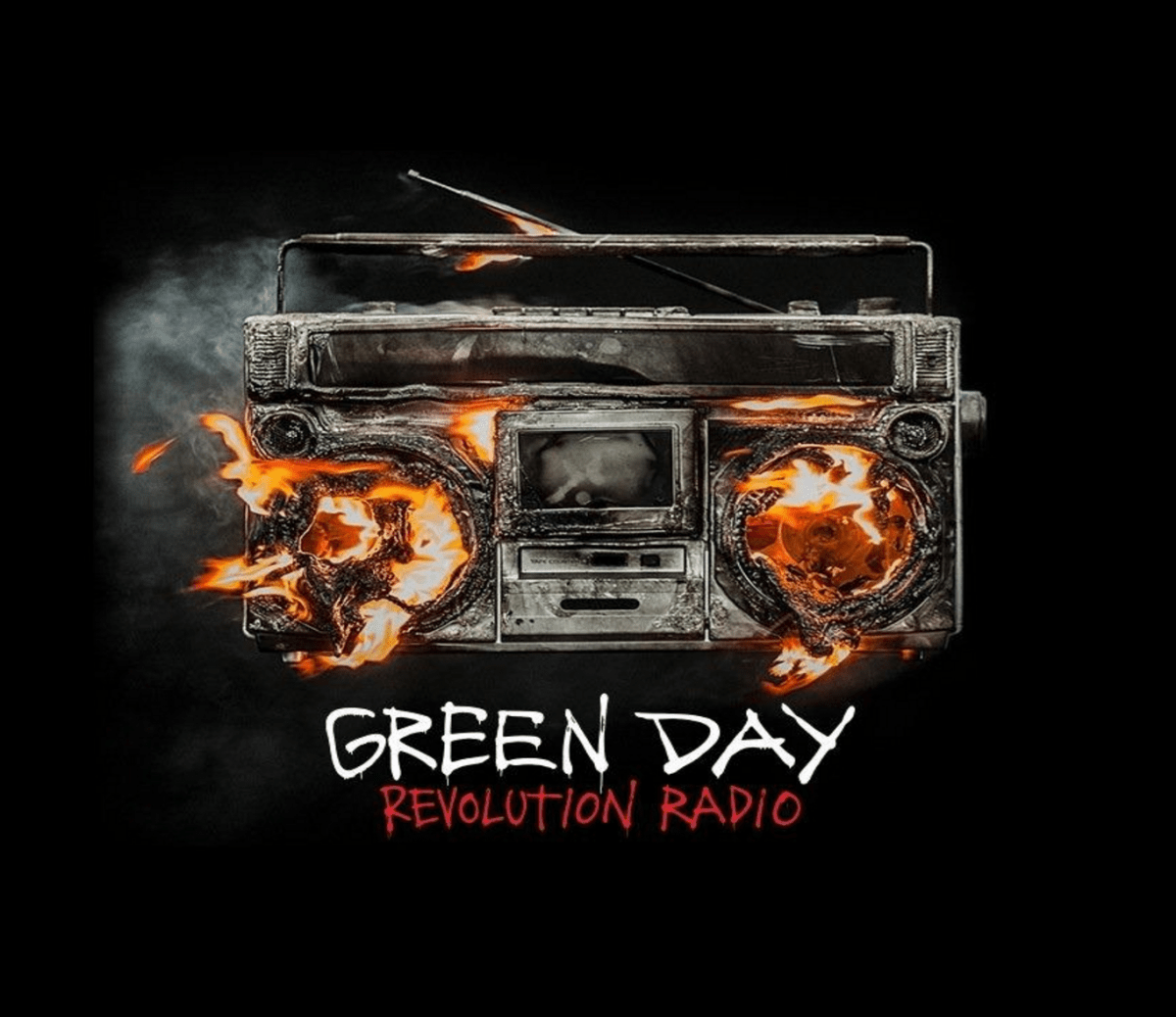 On a thrill ride we go, as music pioneers Green Day get into our ears yet again with their unique brand of rock. But does it have enough to live in the mind for long enough? There are songs on the band’s new album Revolution Radio that are truly entertaining and spontaneous, created to spook the brain into abiding by the record, like a fanatical, impulsive, rebel.

Political angst yet again towers over as a pivotal theme on the record. It bubbles over and covers every angle, but it doesn’t wreck the opus in anyway, it adds that flair that the band have perfected over their illustrious careers. Frontman Billie Joe Armstrong has penned the lyrics with intent. They’re harsh at times, overblown maybe, but they have a purpose. They’re truly ingrained in the record, like dirt on the harsh-lands. He also bellows out his grievances that situate around American Culture. He can’t stand the way his Country is run and how guns are in the holsters of many.

And with Revolution Radio being a battle cry from a band that brought us the remarkable American Idiot opus, it just adds fuel to the flame. But, Green Day are a political act that write songs to tell their tales of unrest. They’re ambitious and fearless, commanding and ruthless. Revolution Radio could be perceived as Green Day’s most audacious effort. But it works and it will empower many old fans to replenish their interest.

The album opens gloriously with “Somewhere Now”, a song that begins with an acoustic tinge. Armstrong sings with subtlety until the barge of guitars power through. The track has heaps of energy and is driven with lyrics of desire. And then the political angst comes into the frame, as first single “Bang Bang” explodes into action. It is a guitar frenzy, programmed to alert the senses. Armstrong sings with venom and his lyrical qualities shine through. “Outlaws” opens with sombre intro that falls into the clutches of a simple guitar riff. The melancholic feeling rings true. “Forever Now” opens with a stern swoop of guitar. Armstrong sings about standing at the edge of the world, it gives him the chills. It goes in so many directions, which adds a sense of diversity to the record.

Green Day are back. And Revolution Radio is a sophisticated statement.