Half Waif, the project of Nandi Rose, has announced the release of her new album, Mythopoetics, out on July 9th via ANTI- Records.

The announcement comes alongside a Kenna Hynes-directed video for new single “Swimmer.” The video, which co-stars Rose’s mother, rounds out the storyline started in “Orange Blossoms,””Party’s Over,” and “Take Away The Ache” which were released earlier this year.

“I wrote Swimmer after visiting my aunt, who has Alzheimer’s. I’ll never forget the summer we were swimming at the lake where our family has a cabin – her mind was already slipping, but her body was still strong enough to swim across to the other side,” says Rose. “It was incredible, how both things could be true. Now the only way I can reach her is through music. I sing for her with my hand on her shoulder, feeling the soft weight of her body through the blanket, pouring all of the love I have from my voice into that warm arm. I try to reconcile what is still here with what has already gone.”

Of the video, she adds: “The idea for the music video came to me while I was recording ‘Swimmer’: a motorcycle chase, a quest to find a magic flower, and then the final scene where the flower is laid at the feet of an old woman, who bursts into light and is set free. I’ve always loved fantasy, the way it can capture the most poignant human emotions even when wildly surreal things are happening. When I brought the idea to Kenna, it set us on a journey to create a four-part music video series that develops the story further, starting with the first single ‘Orange Blossoms’ – in which the elf princess is woken from a kind of catatonic state and inspired to go outside to plant a golden seed – and ending with ‘Swimmer’ – when the princess (now a motorcycle-riding warrior, after being spurned one too many times from one too many parties) retrieves the golden flower and returns to her castle to set her future self free. We filmed the castle scene at the property where my aunt lives, and the older version of me was played by my mom, which made it all the more meaningful. It’s a kind of personal mythology.”

Listen to “Swimmer” and watch the video for it below:

To bring together the world of Mythopoetics, Nandi Rose once again collaborated with multi-instrumentalist, film composer and producer Zubin Hensler. The pair came together for a recording residency at Pulp Arts in Gainesville, Florida, with the intention of creating stripped-back recordings of old songs, solely focusing on Rose and her piano. However, the playground of the studio soon transformed the project into a texturally diverse and kaleidoscopic sonic universe.

“This is the record I’ve been trying to make for 10 years,” Rose says. “My voice is changing, and my confidence has reached a point where I feel that I can sing however I want; I’ve finally come to a place where I don’t have to conform to what I think other people want it to sound like.” 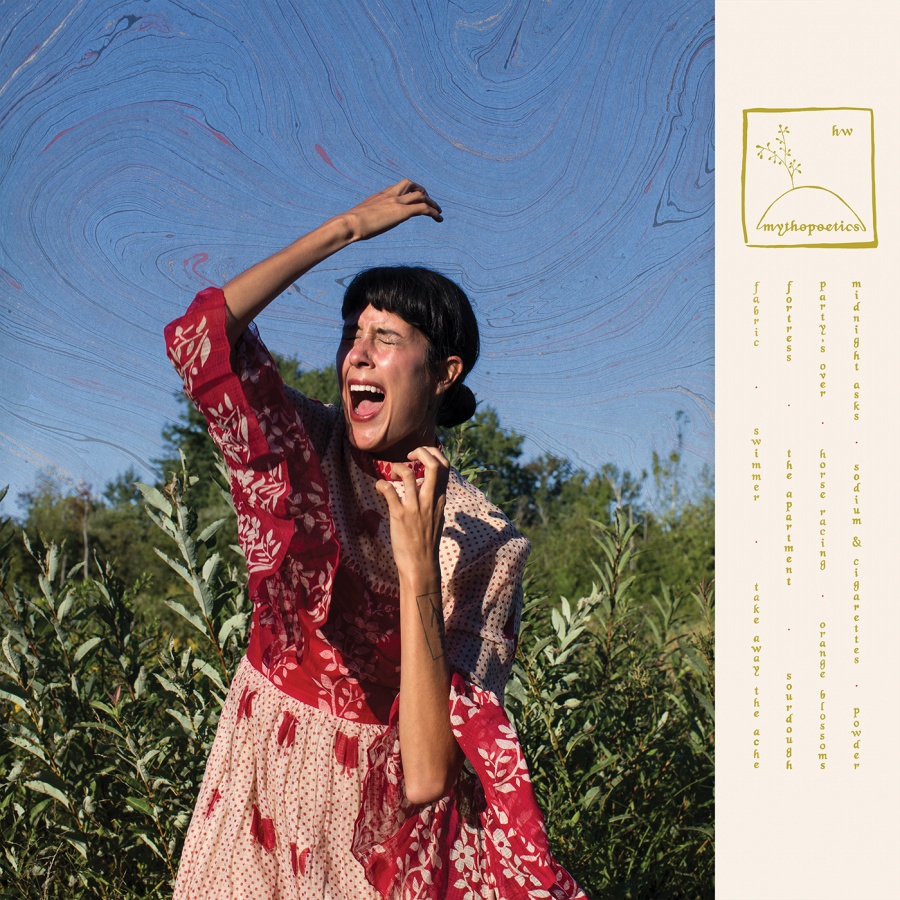